Experience New Scandinavian Flavours at Triple Three, Mandarin Orchard's award-wining buffet restaurant, from 24 March to 3 April. It's a great way to be introduced to Nordic dishes and flavours featuring ingredients like herring, smoked haddock and cloudberries (no, these will not make you feel like you're floating. Moohehe).
Here are some of the Nordic dishes from the buffet spread: 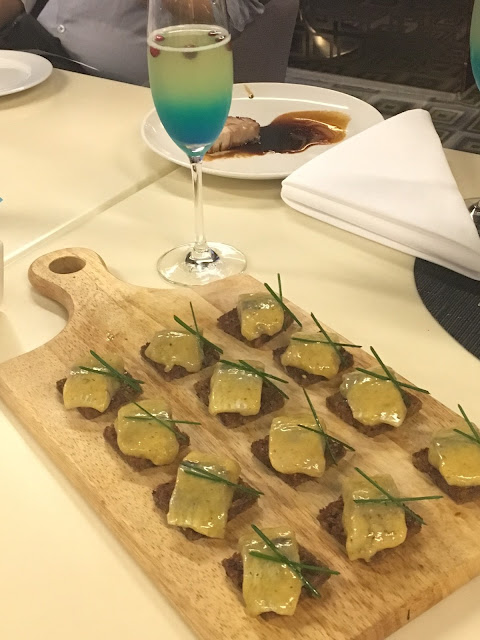 Herring on Rye Bread, a canapé with the cured, briny flavours of the herring and punchy, tanginess of mustard against dense rye bread. Pair it with a cocktail made with the classic Scandinavian spirit Aquavit, lime juice, syrup, sparkling wine and blue curacao. The tipple's strong body and herbaceous flavours match the herring nicely. 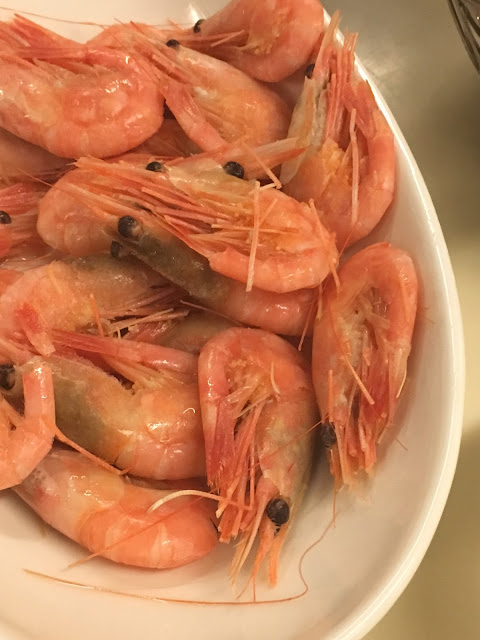 ﻿
These small-ish prawns belie their deliciousness. Caught off the frigid Atlantic ocean and immediately boiled in water on board the fishing vessels before being frozen, these prawns were simply thawed and served chilled. Its flesh is small but sweet while its head is omg intensely flavoured. Distract your dining companion before you unglamourously suck on their heads! Moohehe. 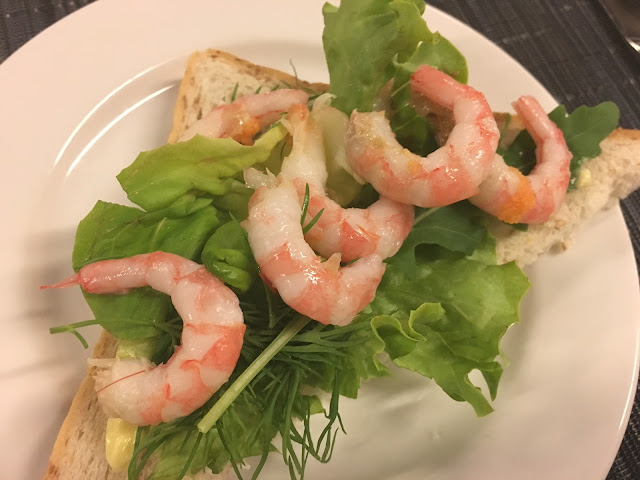 They can also be peeled and assembled with mayonnaise, lettuce, dill and bread to form a tasty, rustic open-faced sandwich. The Scandinavians enjoy this with a bottle of Chablis in the summer. 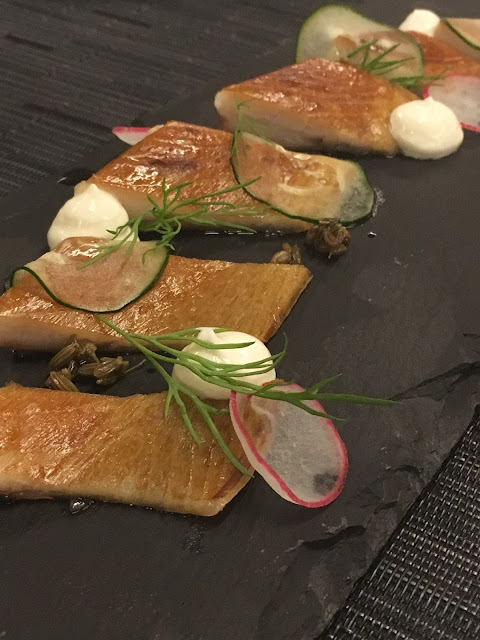 The meaty Smoked Mackerel with Sour Cream and Cucumbers played up smoky and salty notes which were quite bold but were cut by the sour cream and pickled fennel and coriander seeds. I wished there was a bit moore freshness in this dish though. 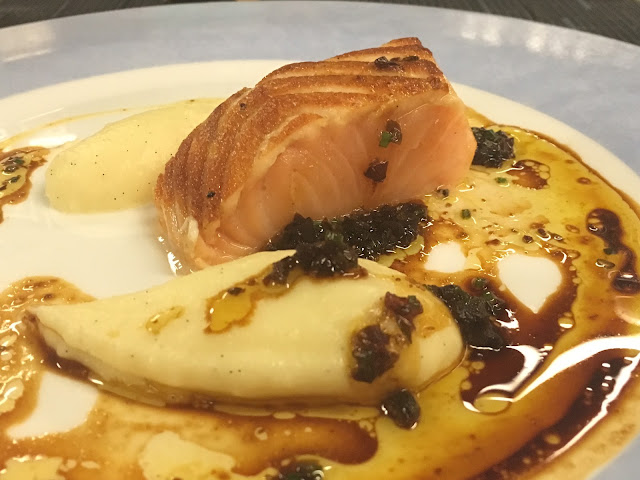 My personal favourite dish of the evening was this Salmon, Vanilla Mash with Capers and Brown Butter. The salmon was lightly seared on one side before being very gently baked in the oven to produce a wonderfully moist, almost confit-like texture. Nuttiness from the browned butter, saltiness from the capers and a perfumed sweetness from the vanilla mash all combined for a pleasant foil to the salmon. A mix of traditional European cooking with a modern touch. 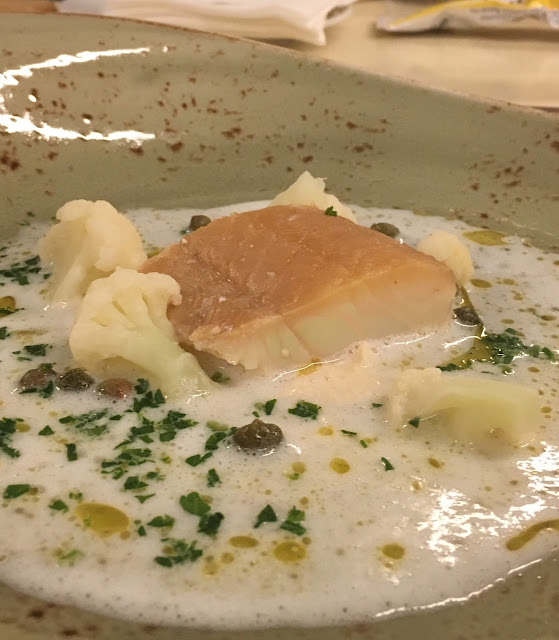 Moore smoked fish! The Smoked Haddock with Leek and Cauliflower offered simple flavours that came together quite nicely. The milk or cream-based sauce tapered the smokiness of the haddock. 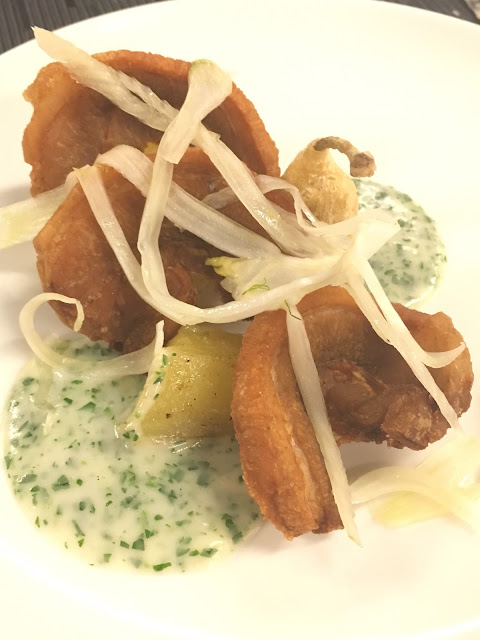 Stegt Flæsk Med Persillesovs (don't even ask me to attempt to pronounce it!) Also called Crispy Pork with Parsley Sauce, I found the pork slices too dry and hard for my liking. The sauce could do little to fix it. 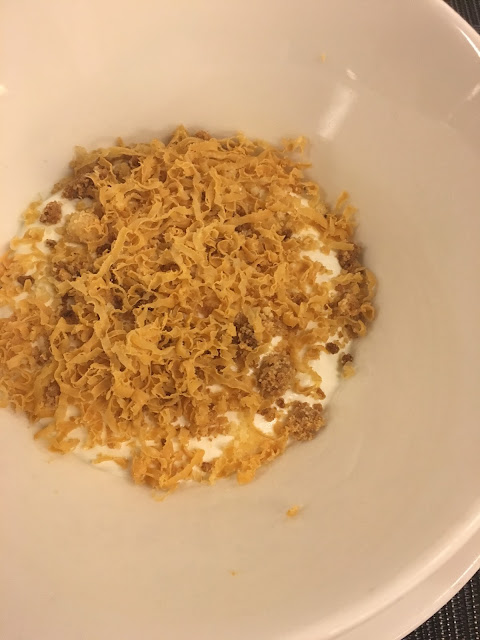 For dessert, expect Nordic treats like this Cloudberries with Cream and Brown Cheese. The tart cloudberries get mixed with whipped cream, a little sugar and brown cheese for a unique dessert that has savoury overtones and a breakfast appeal. Moohehe. 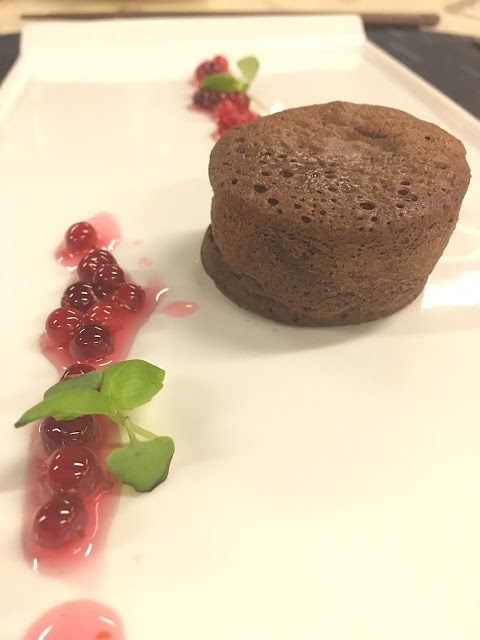 Moore "mainstream" in appeal would be the Molten Chocolate Cake served with a Nordic twist- lingonberries. If the name of these berries rings a bell, you've probably come across it with your meatballs at Ikea! Moohehe. 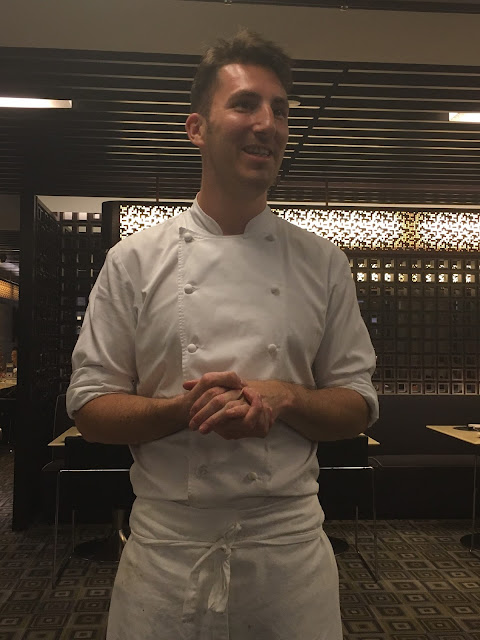 The New Scandinavian Flavours promotion is headed by Norwegian born guest chef Markus Dybwad who has cooked at Michelin starred restaurants such as The Fat Duck, and at Iggys and Equinox in Singapore. Chef Markus features quality produce from Snorre Food and shares that the smoked fish like the mackerel is even smoked at a production plant in Singapore. 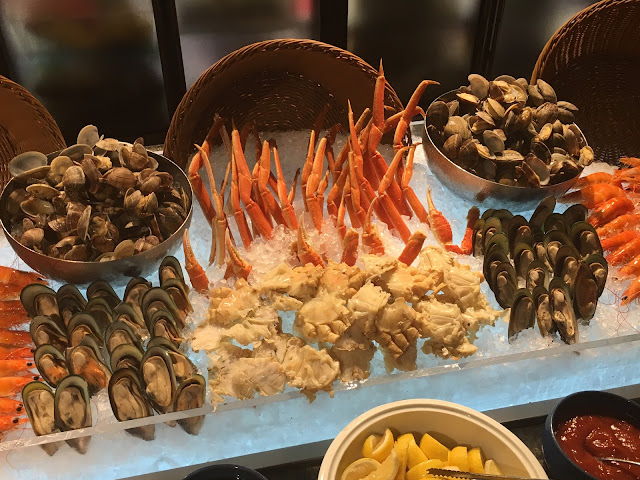 New Scandinavian Flavours ($118 per adult) is available for dinner daily and also for lunch on Sundays during the promotional period of 24 March to 3 April.

Thank you Mandarin Orchard Singapore for the invitation. 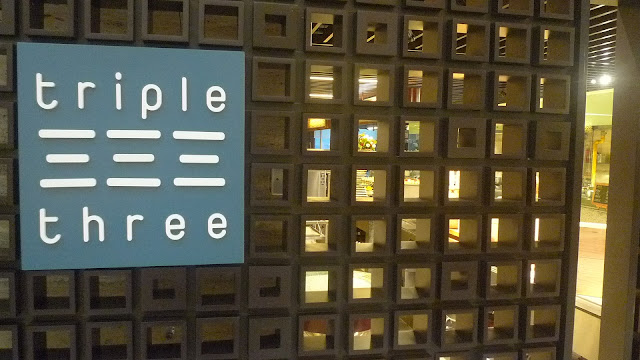 Chew On This: UOB card holders enjoy 50% off every 2nd diner! Subject to a maximum of 8 persons per card.
Posted by The Hungry Cow at 8:30 am

Indeed they are looking better than anything else to me as I am feeling a bit hungry at the moment. Anyways I would love to have them tonight at the dinner very badly.

I see really many seafood there. Don’t even know how do I feel about this. On one hand, it is really cool to taste so much fish dishes. On other hand, I unfortunately don’t like seafood so much. So, I can’t evaluate it right. I hope you will find best way to translate a website to find more seafood lovers.

Let create a new world for yourselft by way take part in the games– sims 4 mods in my site. Click link to visit site. Thank you so much.