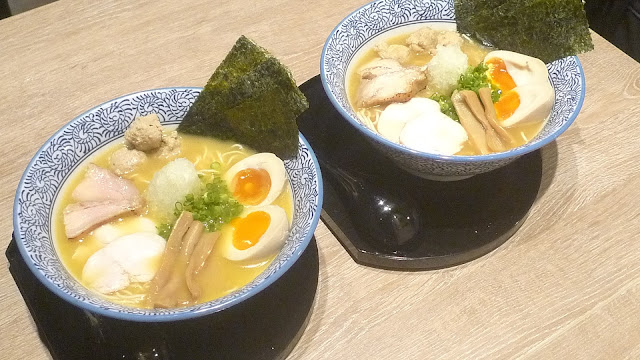 ﻿
Ramen fans have yet moore options with Menya Takeichi's opening in Singapore. The brand has 40 ramen outlets in Japan! With a no pork, no lard policy, Menya Takeichi serves up ramen with 3 chicken toppings in a chicken soup made from boiling whole chickens and chook feet over 10 hours. The slices of chicken thigh spotted a slightly grilled skin and a meaty texture while the chicken breast was incredibly tender (like kena sous vide. moohehe). Not to be outshone were the small balls of chicken meat which were tasty and juicy.

The Special Ramen ($15.50) is essentially the "standard chicken soup" option without any added flavouring. Purists and those who prefer cleaner flavours might like this one. For something with moore depth, try the Special Rich Shoyu Ramen ($16.50). 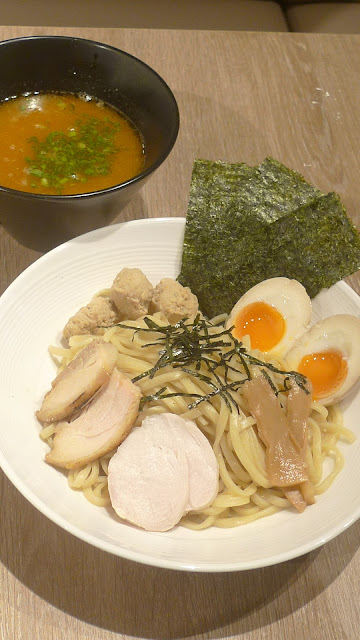 But my personal favourite turned out to be the Spicy Tsukemen ($17.50). While the ingredients were the same, the noodles for this dry-style ramen was thicker, a little flat and had a lovely QQ bite. Dip them into the spicy chicken soup for a delicious slurp. The flavours in the spicy soup reminded me of an oddly appealing combination of mee siam, mee rebus and prawn noodles. Moohehe.

Besides chicken ramen, there are other chicken dishes here too. Pok pok pok. 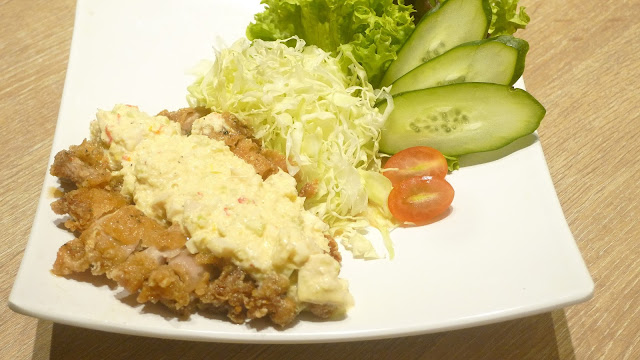 I wasn't too impressed with the Fried Chicken with Tartar Sauce ($8). The crust was a tad thick and hard although the creamy tangy tartar sauce draped over it was tasty. 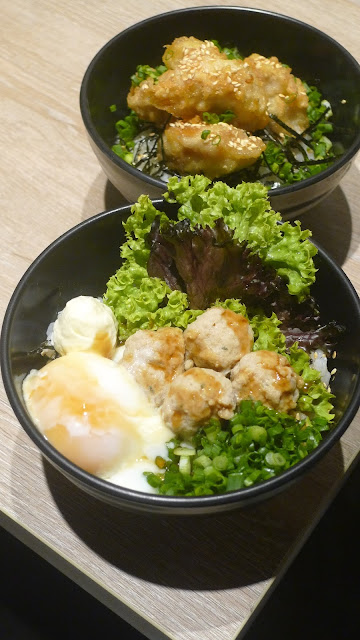 The Chicken Ball Rice ($7) featured the same scrumptious chicken balls as the ramen and accompanied by a beautiful onsen egg, lettuce and spring onions, it made for a good eat.

In the background, nuggets of tender chicken pieces coated in tempura batter and a sticky savoury glaze made the Chicken Tempura Rice ($8) somewhat comforting though it was nothing to shout about. 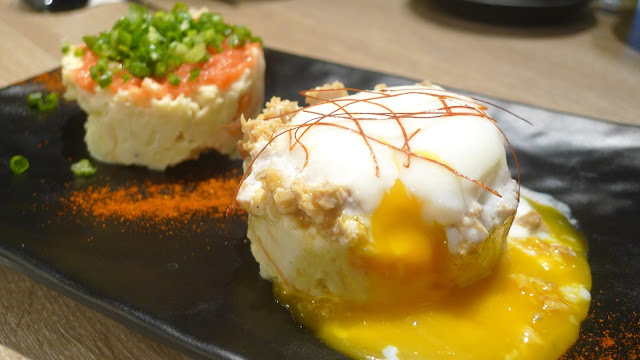 For an alternative form of chicken, specifically the pre-chicken stage (moohehe), try the Potato Salad with Nikumiso ($7) which comes topped with an onsen egg that breaks to create what I consider to be probably nature's best au natural sauce. For something moore refreshing, go for the Potato Salad with Mentaiko ($8). Served nicely chilled, the spuds were creamy and went well with the salty and slightly spicy mentaiko.

Thank you Menya Takeichi and Brand Cellar for the invitation. 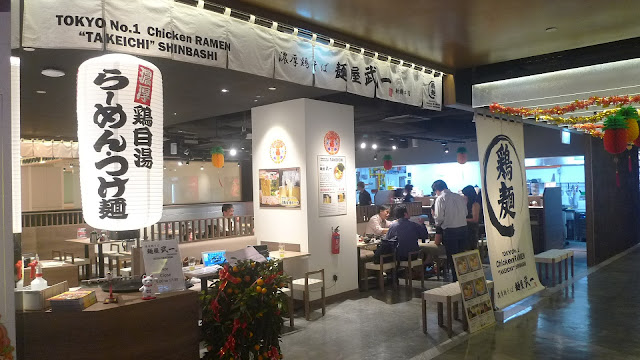 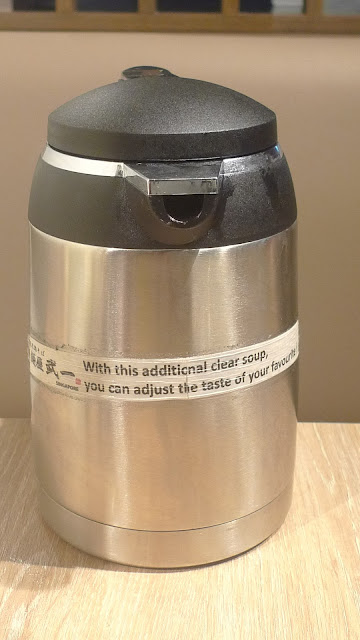 They apparently made the ramen soup similar to their version in Japan so a flask of clear soup is provided on the table for those who wish to tone down the intensity. Having said that, none of the diners at my table used this. In fact, I find the ramen soup here surprisingly less intense and oily as I had expected. ﻿
Posted by The Hungry Cow at 11:46 am