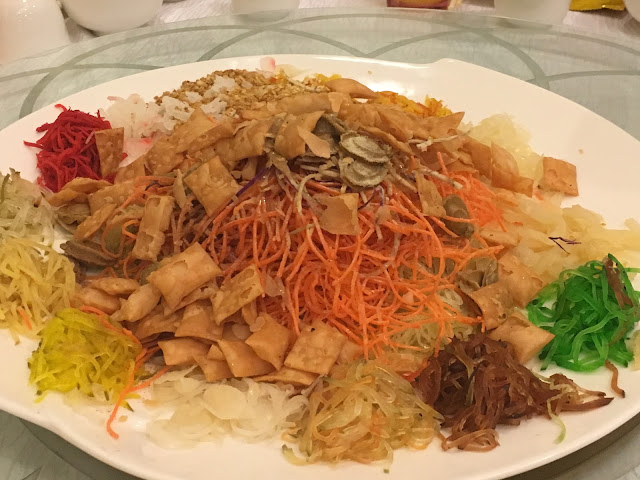 Huat ah! I'm thankful for yet another enjoyable CNY meal. This one was at Chin Huat Live Seafood with the usher team. Lunch started with a $13.9m early-bird draw followed by Yu Sheng. This Yu Sheng featured baby abalones instead of fish slices but I still prefer the latter because Year Year Got Fish. Moohehe.
Please pardon the loosely named dishes and the omission of prices as the food was pre-ordered by the organisers. We just went and jiak ah! :D 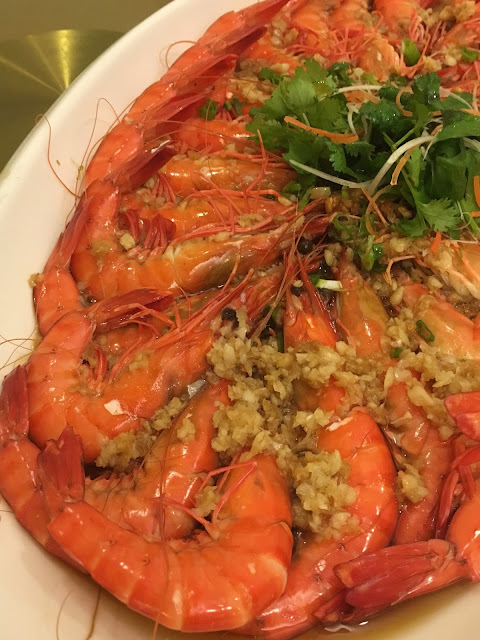 The Steamed Prawns with Minced Garlic and Tung Hoon turned out to be my favourite dish of the meal. Steamed perfectly, the prawns were sweet and succulent. The minced garlic was fragrant and so tasty it made some of us order white rice. LOL. 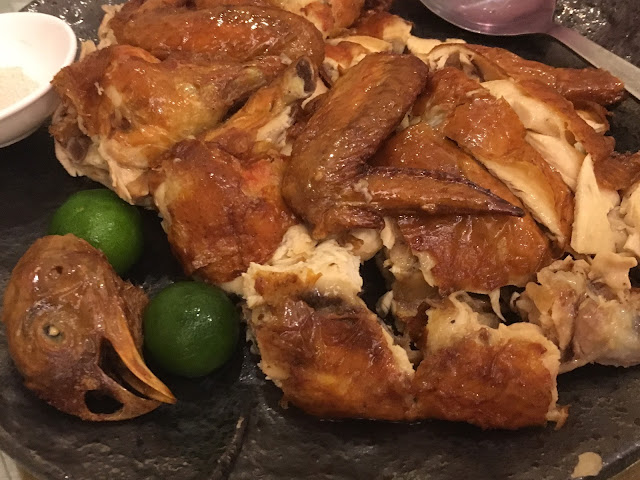 The Roast Chicken accompanied by spiced salt and pepper was tasty enough for it to be wiped out. Everyone had their favourite part of the chicken. Even its behind! 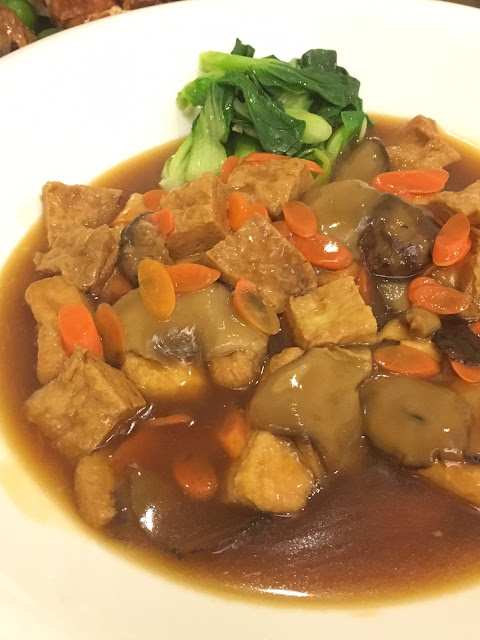 Simple-looking, the Braised Tofu was scrumptious with a savoury brown sauce, crunchy blanched greens and slices of black mushrooms and carrots. Spoon over rice for best results. 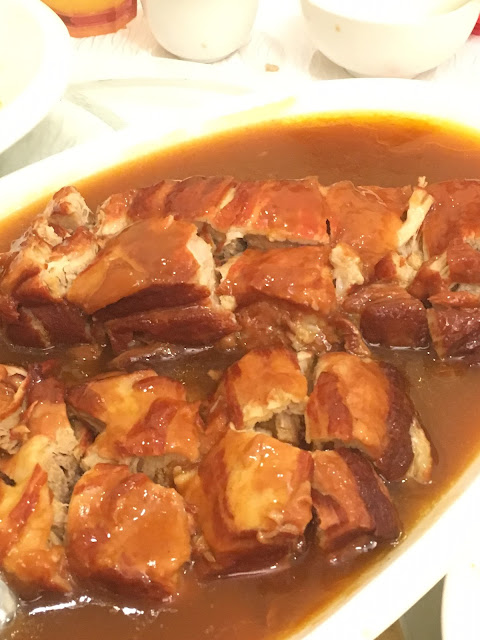 Then next arrived the Braised Pork with its meaty, marbled chunks sitting in a pool of flavoursome gravy that was robust and redolent of the sweetness from fermented soy bean curd or rice lees. Also spoon over rice to make the moost of the yummy gravy. Moohehe. 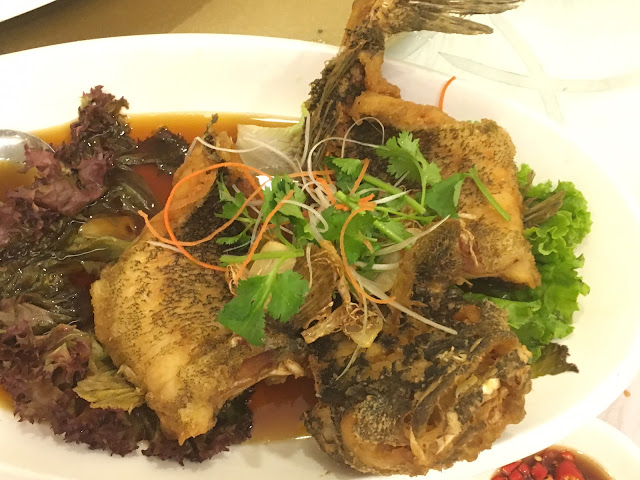 Yes, so that Year Year Still Got Fish, we had the Fried Soon Hock. Love the crisp fish doused with light soy sauce. A classic dish that I think will appear on the tables of generations to come. 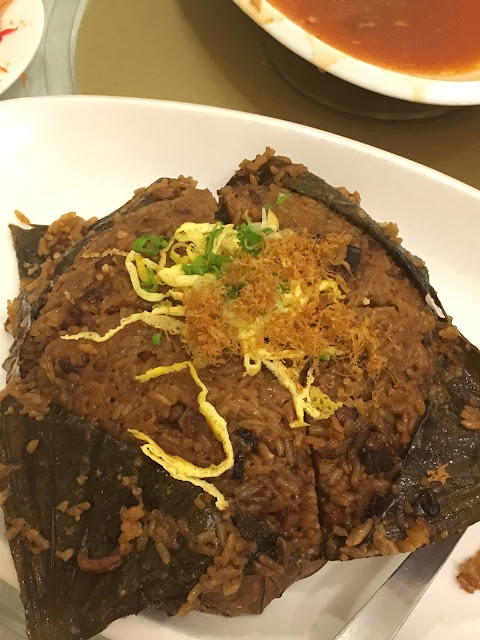 Fulfilling the obligatory carbs dish at the end of a Chinese banquet-style meal was the Lotus Leaf Rice which turned out studded with bits of mushrooms and lup cheong. 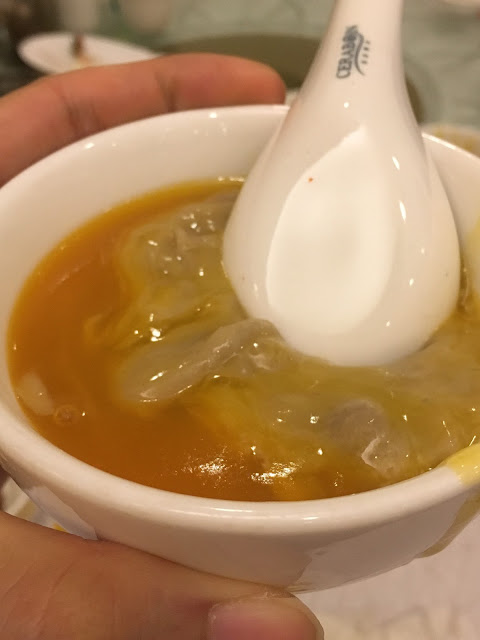 The Orh Nee, one of my favourite desserts, was missing lard and gingko nuts, and was also a tad too sweet for me but perhaps it was to mark a sweet year ahead. Moohehe. 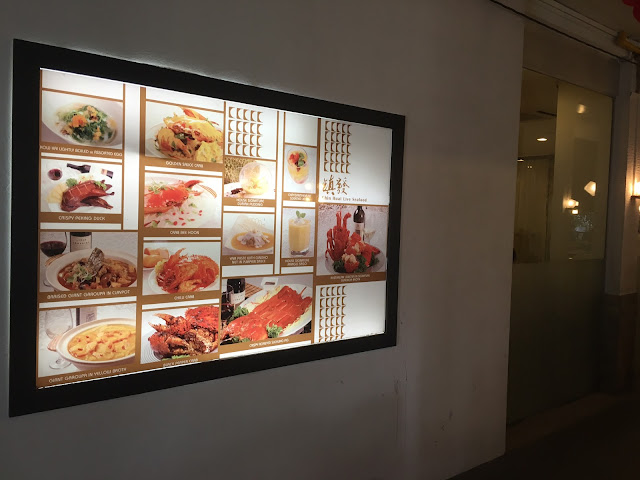