Because the Lunar New Year is all about indulging and feasting with loved ones, why stop at just lunch and dinner? Squeeze in a prosperous oriental high tea too. Moohehe. I really enjoyed the Reunion Imperial High Tea over at Si Chuan Dou Hua's Tian Fu Tea Room. Priced at $38 per person, it features a selection of handcrafted Si Chuan and Cantonese dim sum creations paired with 3 premium Chinese teas such as the floral green tea-based Bi Tan Piao Xue and the elegant Tie Guan Yin. 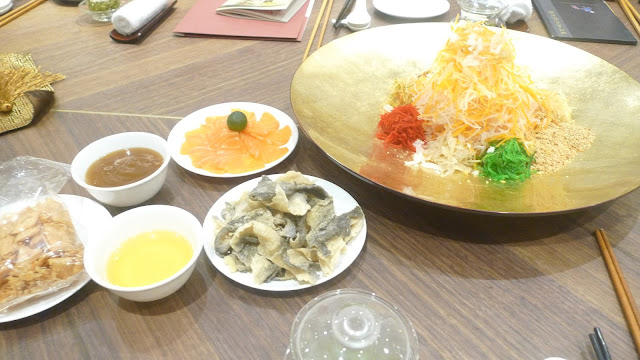 No gathering during Chinese New Year is complete without a Yu Sheng. Thankfully, the Prosperity Yu Sheng with Crispy Fish Skin is included in the Reunion Imperial High Tea. And you know what? It is made to cater to the number of diners at the table. Yes, even if it is just 1 solo person. :D 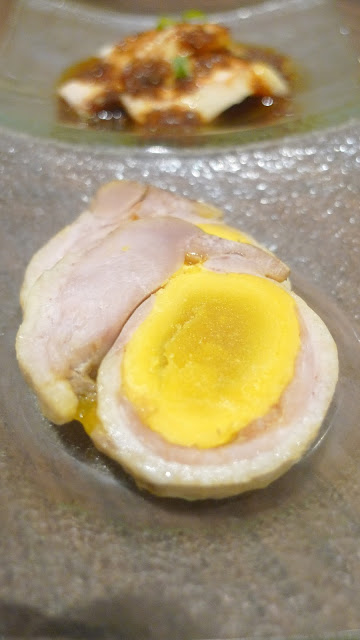 The dim sum creations here are all served in small bite-sized portions, providing a handy nibble between conversations. The Sliced Duck Wrapped with Salted Egg Yolk offered a lovely meaty texture with the duck's flavour being teased out with each chew. Salted egg yolk gave it a richness. In the background, the Chilled Chong Qing Chicken with Spicy Bean Paste is a spicy, numbing (thanks to Si Chuan peppercorns) morsel that is sure to whet the appetite. In fact, I am salivating as I type this. Truly 口水鸡. Moohehe. 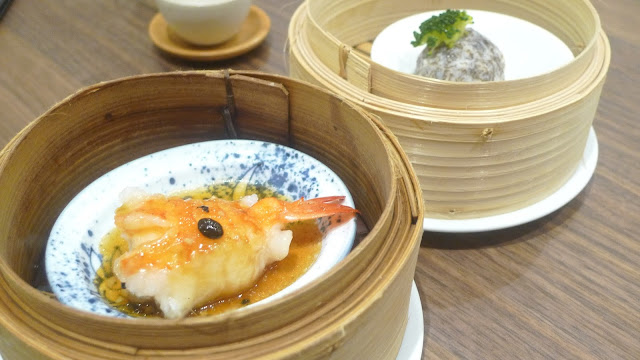 Taking things a little lighter, the Steamed Sliced Prawn in Black Bean Sauce was a delectable, springy bite full of clean yet umami flavours. Also delicate, was the Steamed Fish Ball with Black Moss with a supple texture yielding to the bite.
﻿ 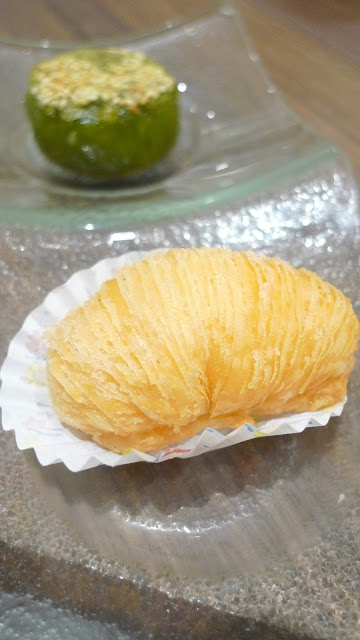 Mooving on to the next tasty duo. Golden, flaky and hiding a moist core of soft radish, the Deep-fried Radish Puff with Dried Scallop was a delight to eat. The Pan-fried Glutinous Pancake with Minced Camphor Tea Smoked Duck boasted a nice chewy almost mochi-like texture with a pan-fried, sesame-sprinkled top and bottom surface that added another dimension. I felt the tea smoked duck filling was a little lacking in flavour and portion though. 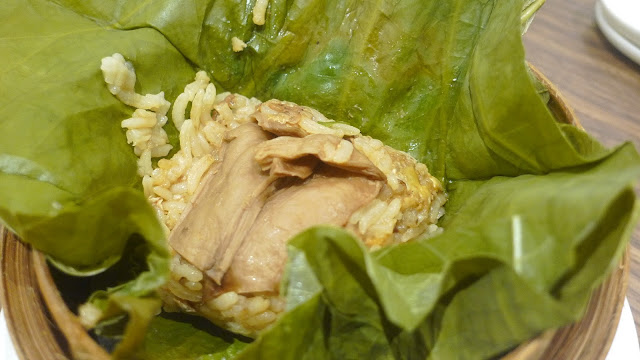 Like at a typical Chinese banquet, the Reunion Imperial High Tea ends off with a carbs dish. This Fried Rice with Waxed Meats & Matsutake Mushrooms had an elegant, refined appeal. Moore fresh and subtle than in-your-face wok hei. 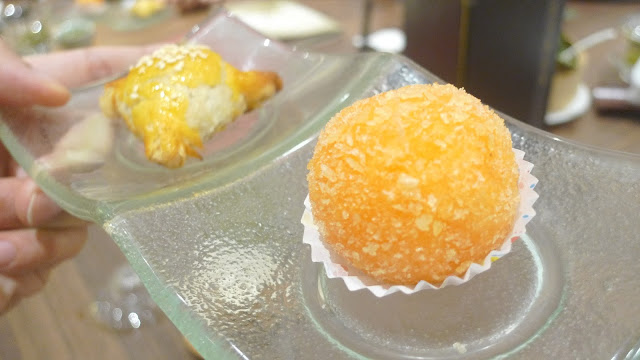 Desserts arrived in the form of Deep-fried Crispy Custard Bun, which had a crisp and slightly chewy outer shell but was really oily inside, and the New Year Cake in Honey Glazed Pastry Puff. The latter, spotting a slice of pleasantly chewy nian gao encased in a puff pastry that is not unlike char siu soh, was a delight to eat.

Overall, I am pretty impressed with the use of textures across the dishes we sampled. This Reunion Imperial High Tea is a good option for a cosy festive afternoon catch up with friends and/or family.

The Reunion Imperial High Tea is available from 8 to 22 February, 2.30pm to 6pm at all Tian Fu Tea Room outlets across three Si Chuan Dou Hua restaurants in Singapore. Do note that the above mentioned dishes apply for Si Chuan Dou Hua at PARKROYAL on Beach Road; menus and dishes differ across the outlets.

Thank you Si Chuan Dou Hua for the invitation. 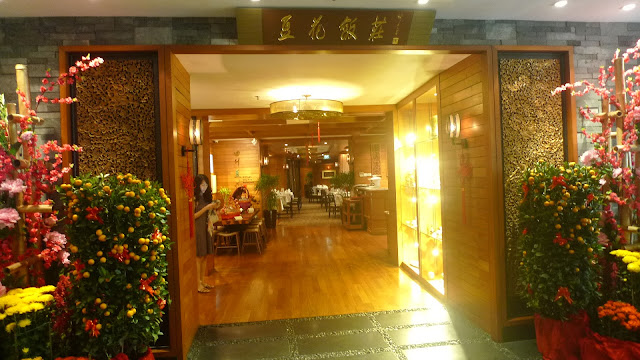