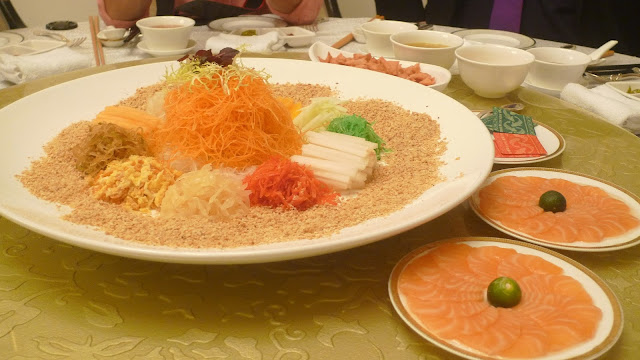 Yan Ting's Prosperity Yu Sheng with Norwegian Salmon ($68 for medium; $98 for large) offers a classy traditional feel without fancy ice/food carvings nor gimmicky ingredients. Instead, small mounds of fruits such as pomelo, snow pear, papaya, peach and honeydew are presented alongside the usual ginger and carrot components. I think this Yu Sheng is all about texture as the different ingredients, some perfectly sliced into batons while others are shredded or julienned, come together in a textural fruity medley. 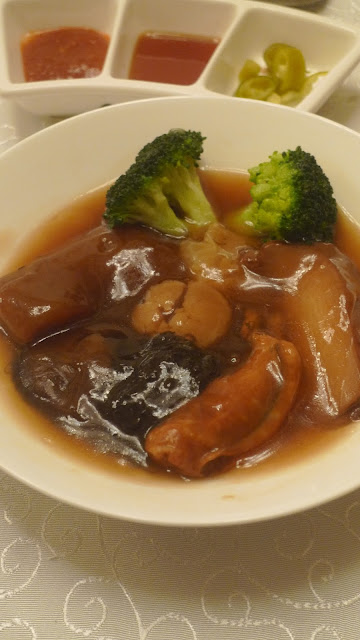 In a twist to a Cantonese classic, Executive Chef Tony Wun Shun Kong's Buddha Jumps Over the Wall ($128 per person) presents itself as a braised dish instead of as a soup. I found it pretty similar to Poon Choy in appeal with a rich glossy gravy blanketing delicacies like dried oyster, sea cucumber, fish maw and abalone. ﻿
﻿ 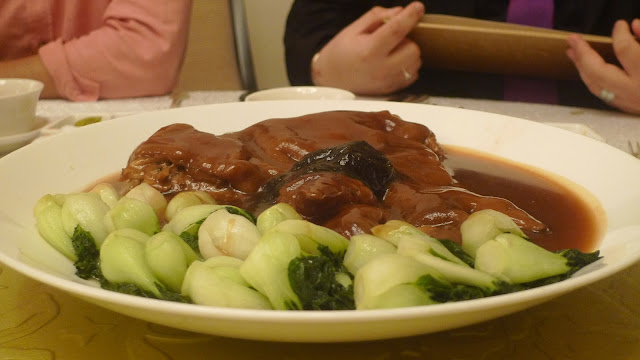 The next dish of Braised Pig's Trotters with Fermented Beancurd ($32) brought a hush to the table. Surely a sign of a delicious-until-can't-talk dish. Moohehe. The pig's trotters was flavoursome and invitingly soft.    ﻿ 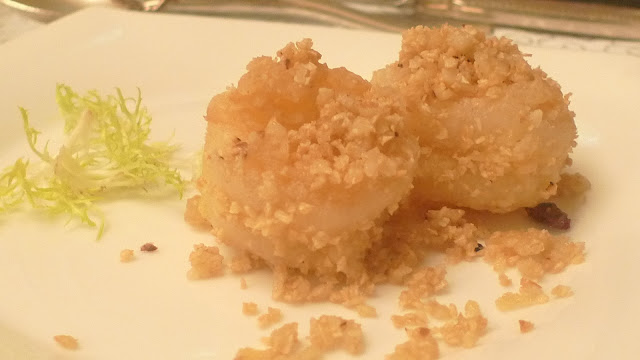 The Fried Prawns with Golden Garlic ($38) featured springy crystal prawns coated with fragrant fried garlic bits. Prawns are a mooch feted addition to any Chinese New Year dining table because of their joyous-sounding Cantonese name- har (sounds like laughter). So feast on some prawns for a happy year ahead! Mooharhar.     ﻿ 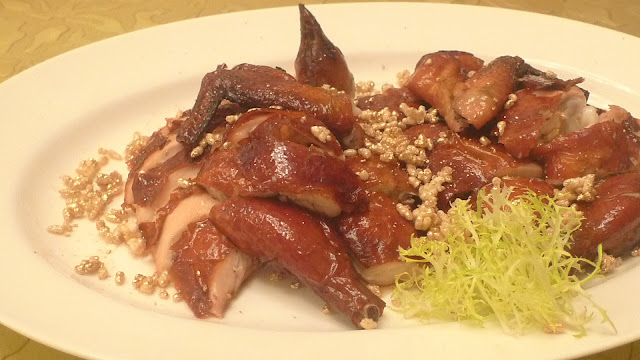 Spotting a glistening skin over juicy flesh, the Crispy Roasted Chicken ($36 for 1/2 chicken; $68 for whole chicken) nearly unleashed my inner caveman who wanted to simply grab each piece of chicken and eat using bare hands. Even at the address of joyous reunions. But thankfully table manners and dainty chopstick skills prevailed. Moohehe. 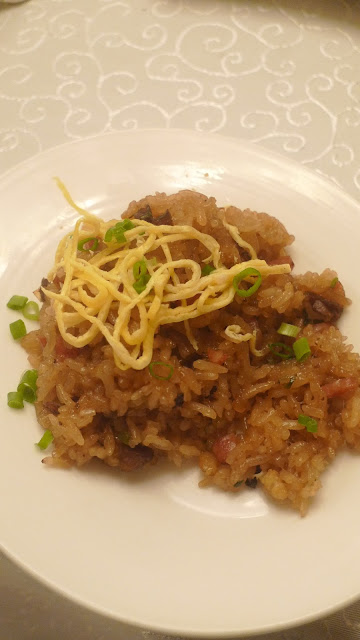 ﻿
Probably my biggest disappointment was the Wok-fried Glutinous Rice with Wind-dried Sausages ($26). While it sounded promising on paper, the dish was rather muted in flavour. 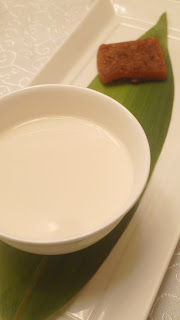 The Fragrant Homemade Almond Tea served with Crispy Glutinous Rice Cake brought a soothing end to the meal with a certain homemade quality about them.
Yan Ting's Lunar New Year specials are available from 11 January to 22 February. Indulge in a la carte options, set menus (including a vegetarian one) and gourmet takeaways, including the Prosperity Yu Sheng with Norwegian Salmon and Chinese New Year Pun Choy.
Thank you, The St. Regis Singapore for the invitation. 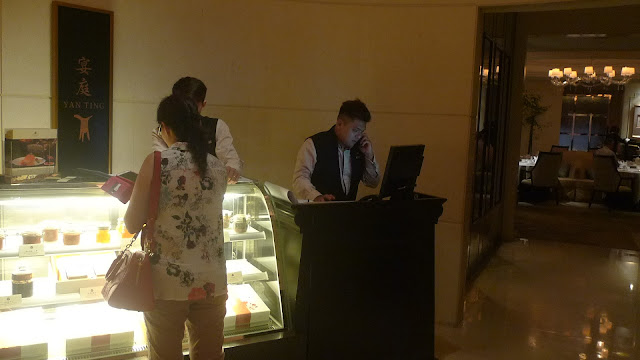