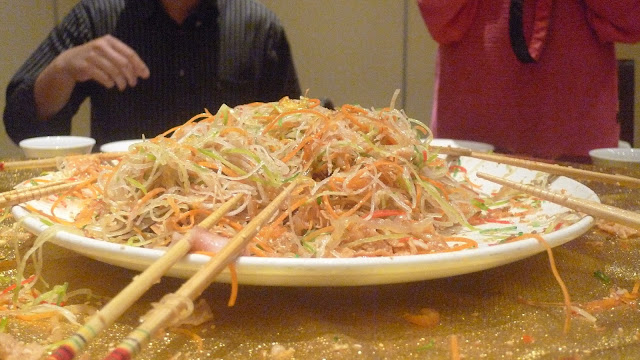 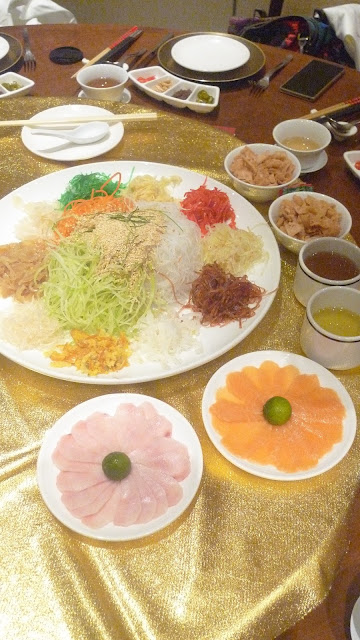 Boasting a traditional feel, the Prosperity Salmon Yu Sheng ($48) had the usual julienned vegetables, pickled ginger, pok chui crackers, plum sauce and salmon. Add on an additional plate of swordfish ($12.80) so year year got moore fish! Moohehe. Overall, this Yu Sheng was more robust in terms of flavour and also a tad sweeter. 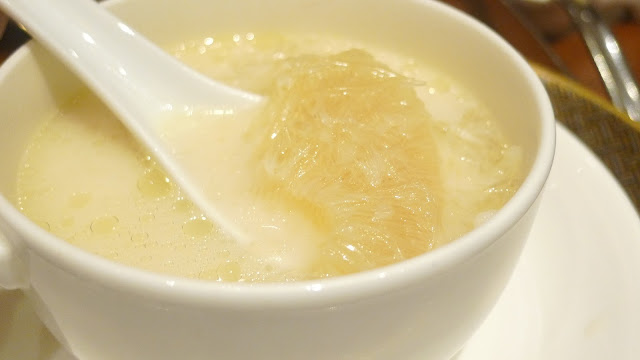 Indulge in a comforting bowl of Double-boiled Superior Shark's Fin in Shark's Cartilage Soup ($58). I like the slightly creamy richness of the soup though the shark's fin had a gumminess that didn't quite appeal to me. But I still fin-nished it lah. Moohehe.

Don't waste food and let the animal die in vain. Not that I am advocating the consumption of shark's fin. Personally, I don't order it at restaurants; also feel that it hardly has any inherent flavour worth shelling out mooney for. I rather eat steak but that's a different story for another time. :p 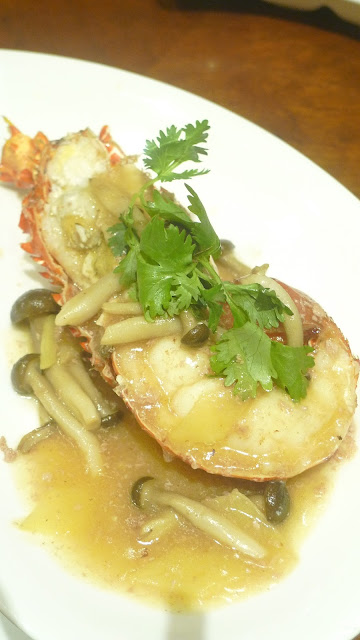 Next up, the Sautéed Lobster with Foie Gras ($18.80 per 100g) arrived. The crustacean tasted fresh and was cooked perfectly resulting in a succulent bite. I didn't detect any of the foie gras flavour in the sauce though. 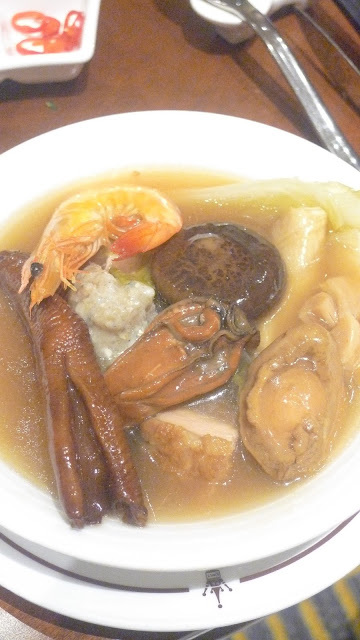 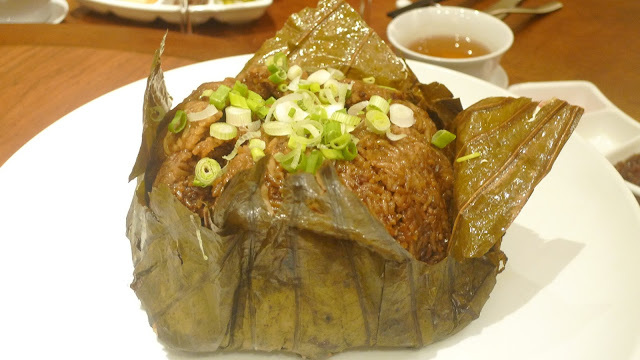 Dive into a carbs bomb with the Steamed Glutinous Rice with Preserved Meat in Lotus Leaf ($60.80 for large; Chinese New Year takeaway menu). The rice had a lovely flavour from the preserved meats and lotus leaf. 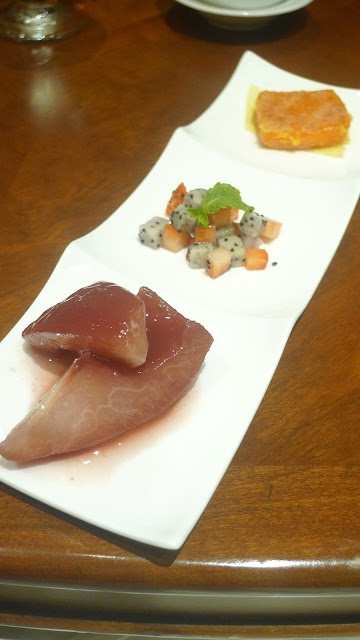 The dessert of Chilled Snow Pear with Red Wine (available as part of some Chinese New Year set menus) was a fusion take of the classic western dessert but with the use of the Chinese snow pear. Coated with a glossy layer of red wine syrup, the chilled pear was quite refreshing.

Thank you, Copthorne King's for hosting me. 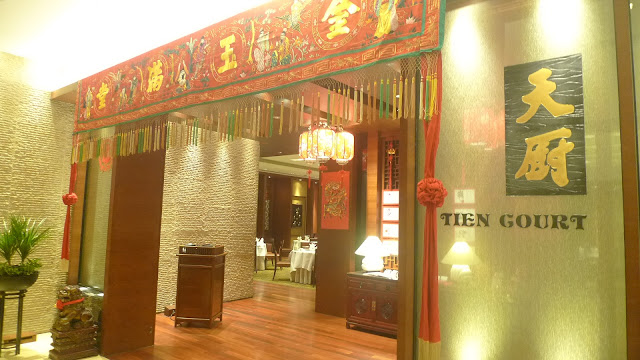 Chew On This: Those who watch TV would find Tien Court's Masterchef Ho Tien Tsai a familiar face as he has appeared on several cooking variety shows.
Posted by The Hungry Cow at 9:20 pm

It is really a nice and useful piece of information.