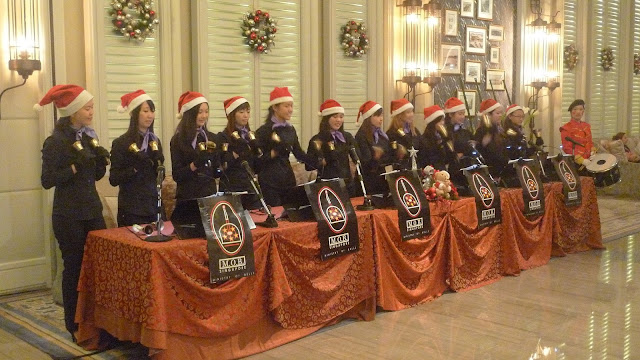 There was a palpable air of festivity on 4 December at The Fullerton Bay Hotel lobby﻿ as a tall Christmas tree sparkled and folks from the Ministry of Bellz chimed Christmas tunes using handbells, while staff offered spiced cookies, Panettone and mulled wine to guests. 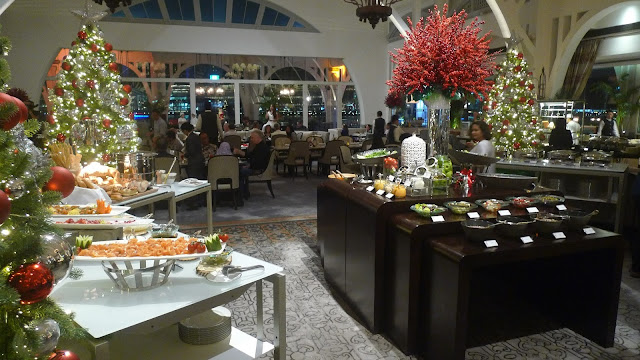 Over at its The Clifford Pier restaurant, a sumptuous Charity Buffet Dinner ($98 per adult) featured both western delights and local specialties. In support of The Straits Times School Pocket Money Fund, The Fullerton Bay Hotel donated $25 nett per diner to fund children and youth from lower income families in Singapore. 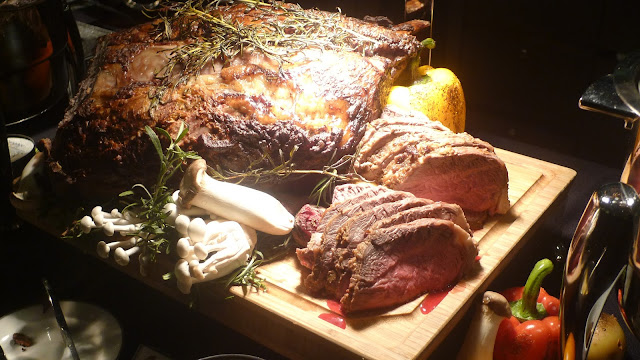 My favourite dish from the buffet spread was the Roasted Prime Ribs with Port Wine Jus. The flavoursome slices of roast beef were a delight to enjoy. Yorkshire pudding was served on the side.   ﻿
﻿ 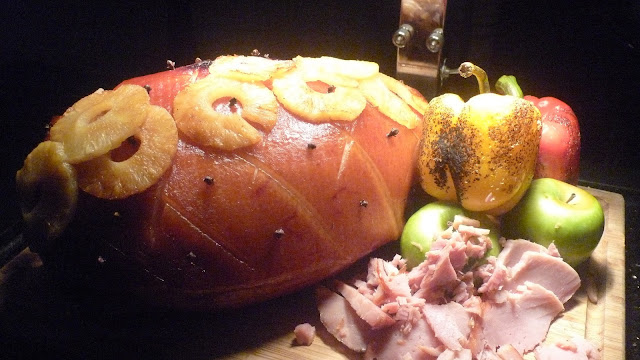 The Lavender-Maple Glazed Champagne Ham was also pretty delectable, served with a spiced pineapple chutney to balance its richness and salty tones. 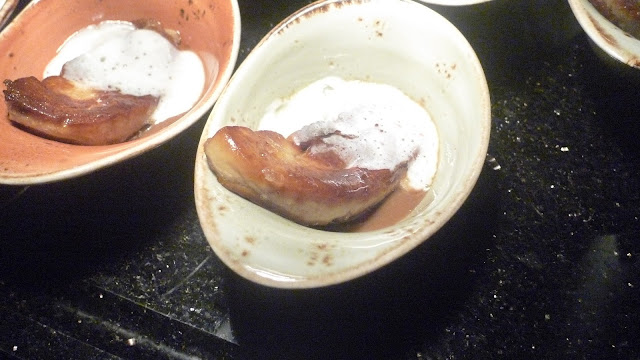 ﻿
﻿
An indulgent addition, the Pan Seared Foie Gras with Celeriac Espuma and Beef Essence looked yummy but unfortunately, I forgot to take a portion. So while my camera "ate" it, I did not. Moohaha. 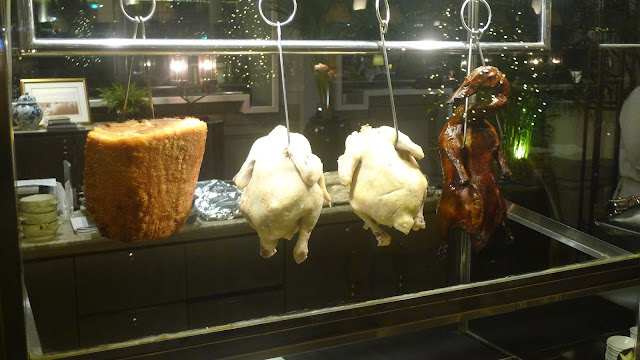 Chinese-style roast meats and poached chicken catered to those with an Asian palate. The chicken was also served as part of the restaurant's signature Chicken Rice, complete with slivers of cucumber and a tangy chilli sauce.﻿ 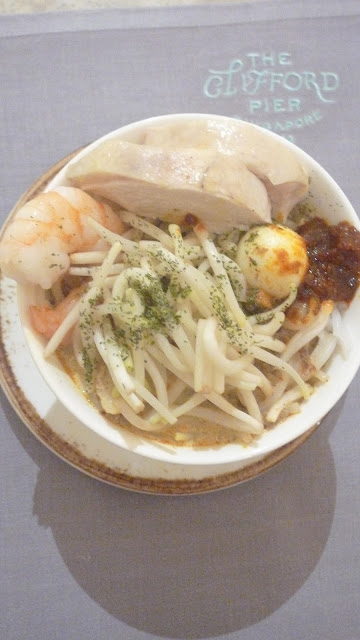 Alternatively, one can also opt to upgrade the Laksa by adding the chicken and/or roast pork into the local coconut milk-based noodle dish. Moohehe. I love doing this kind of additions and trying different permutations (lobster in your laksa, anyone?) at hotel buffets. :p 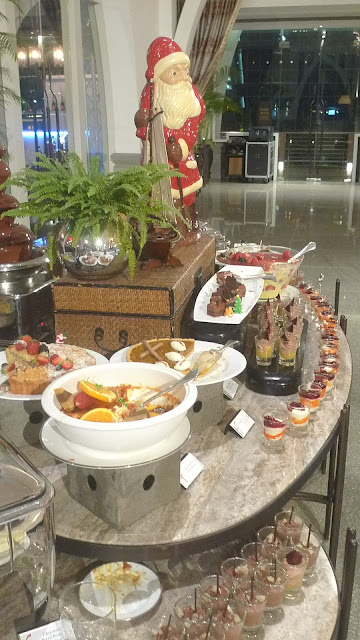 Thank you, The Fullerton Bay Hotel for the invitation. 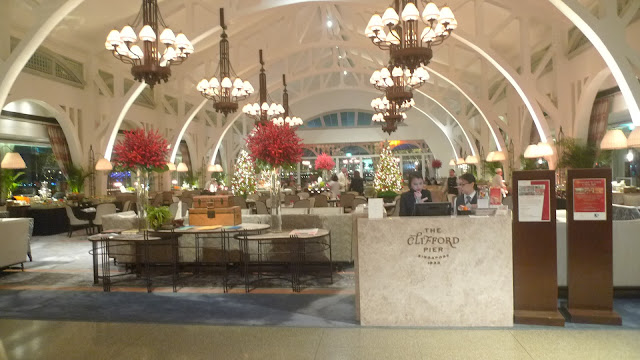 Chew On This: Looking for a Christmas gift? Buy a Fullerton Santa Bear ($28), available at the hotel's reception, for a good cause. $10 from the sale of each bear will be donated to The Straits Times Pocket Money Fund.

Thanks for the valuable tips you give on this blog.
https://medical-interiors.com/de/interior-design-project