"White" is not a colour that inspires deliciousness when it comes to food so I was intrigued when some reservist mates waxed lyrical about this "white bee hoon" near camp.

Well, curiosity doesn't kill the cow so we headed there for lunch. Moohehe. 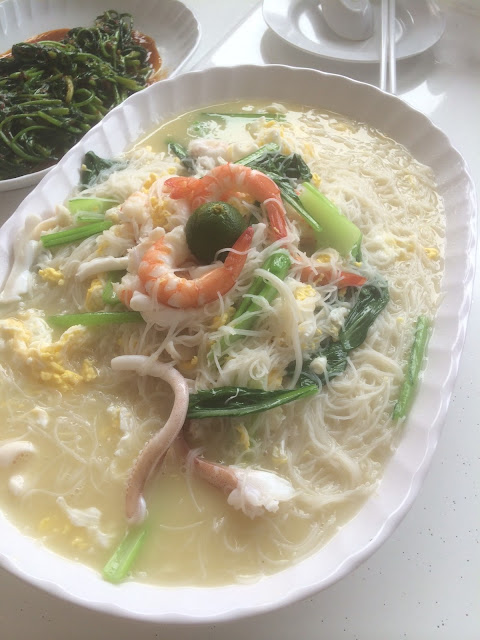 The famed White Bee Hoon ($12 for large) certainly looked its part with white strands of vermicelli with seafood, chye sim and beaten egg sitting in a white soupy gravy. The unassuming looking dish does not have the smoky wok hei touch nor sinfully shiok lard or the heady punch of Chinese cooking wine, but there was something comforting about its plain appeal which allowed the chicken stock, prawns and sotong to shine alongside the inherent flavour of the bee hoon.

I won't queue for this but there are many fans who will.

The other cze char dishes we had like Sambal Kang Kong, Fried Homemade Beancurd, Prawn Omelette, Har Jeong Kai and Hae Chor were all wiped out at the table too. Tasty or were we hungry? It could have been both! Moohaha. 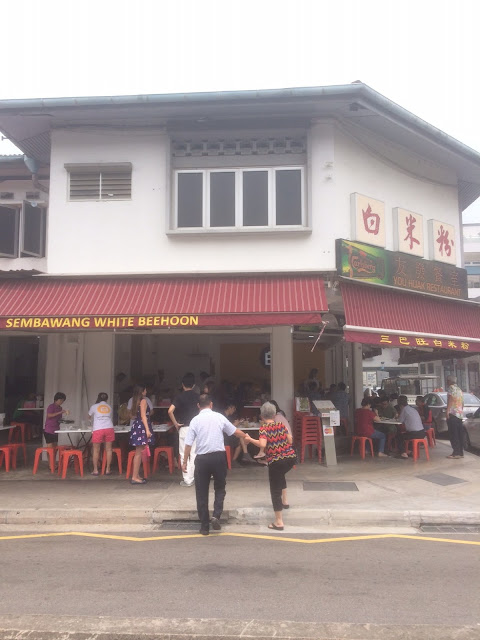 Chew On This: This place gets apparently pretty crowded during meal times especially during the weekends!
Posted by The Hungry Cow at 9:13 pm