Since their opening a year ago, Pince & Pints has been packing in the crowds hungry for their famed lobster rolls. With the lobster roll craze initiated and several other restaurants doling out their versions, Pince & Pints looks set to claw their way ahead with the launch of their new Truffle Lobster Roll! 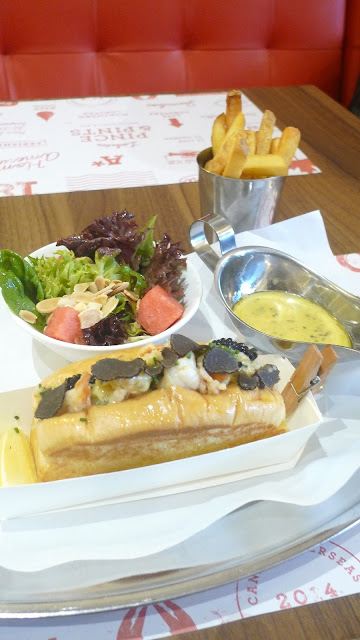 The Truffle Lobster Roll ($68) packs a decadent punch with chunks of lobster flesh topped with slices of black truffle! The crustacean's meat tasted fresh and had a perfectly springy texture. The lobster flesh was obtained from a whole approximately 600g lobster, including the claws, and was first blanched then dunked into an ice bath. Before serving, the lobster meat was seared in butter and tossed with chives in a truffle sauce. So shiok, this can't be very good for health. Moohehe.

Pince & Pints has their own facility to hold live wild-caught lobsters imported from Boston, Maine and Canada twice weekly. Stringent care means that the lobsters are kept healthy and happy which also equals yummy crustaceans. 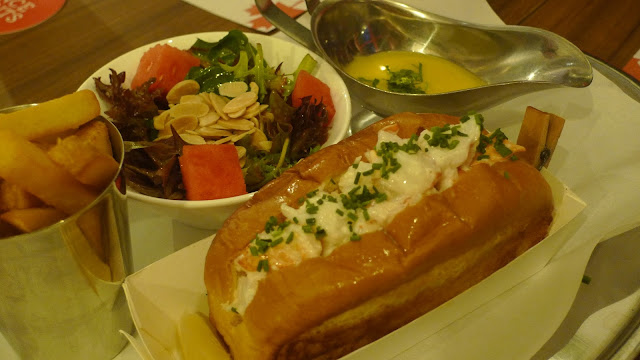 Their "regular" The Lobster Roll ($58) was also scrumptious though the lobster was intentionally served slightly chilled. Creamy, sweet yet all very balanced. 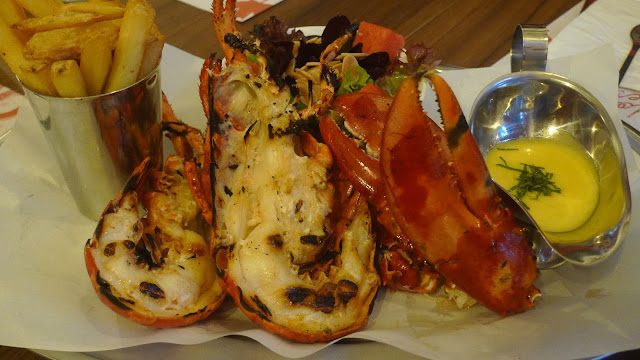 For those smokers who enjoy a little smokiness in their food, opt for the Grilled Lobster ($58), served with a herbed butter sauce.
Each of the above lobster dishes comes with a serving of fries and salad.
﻿ 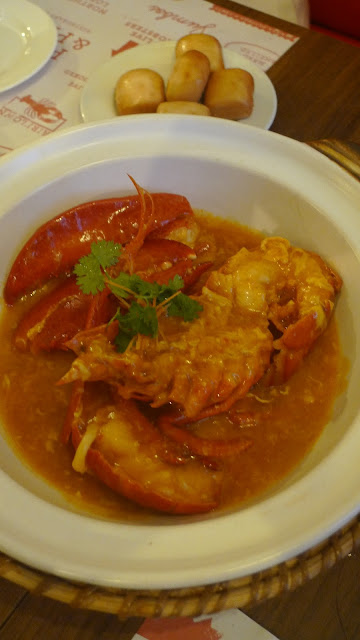 If you want mantou (fried bun) instead, order the Chilli Lobster ($58) which comes with a tomato and chilli gravy not unlike chilli crabs. But I still prefer the earlier lobster dishes.
Anyway, enjoy the lobster with a cold glass of Suntory beer on tap or one of the many bottled craft beers available. And cheers because Pince & Pints has expanded to the 2nd floor to add another 30 seats to their now 76-seater restaurant.
I have to say that I am pretty impressed with the cooking of the lobsters throughout all the above mentioned dishes. It was consistently cooked perfectly, retaining a moist, firm bite. No lobster should be damned to a rubbery death! Moohehe.
Thank you Pince & Pints for the invitation. 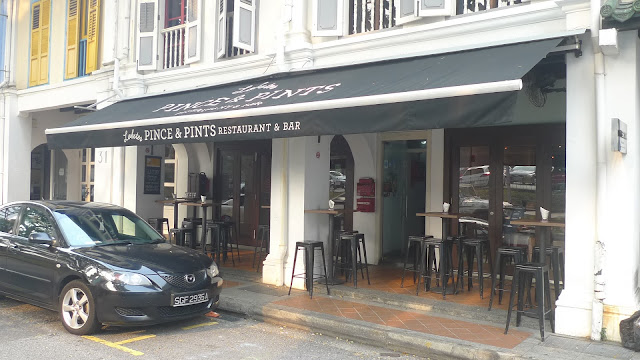 Chew On This: Pince & Pints expands into Malaysia with its first outlet this month at Kuala Lumpur (Jalan Telawi 5, Bangsar Baru)! Other than their signature lobster dishes, diners there can also sink their teeth into Lobster Noodles cooked in a superior broth which already sounds like it'll be another hit.
Posted by The Hungry Cow at 8:52 pm

This was my second time attending an event at this place, and was my first business event here (the other event was a charity show). Everything at event space NYC was perfect, the drinks and food was amazing. Even the coffee was wonderful.