Enbu Opens at the Multi-Concept Eat At Seven

A multi-concept enclave, Eat At Seven offers 7 popular eatery brands from Japan in a sprawling 600-seater space. The first concept to open is Enbu, which translates to "dance of flame", Singapore's first Warayaki and charcoal grill izakaya. 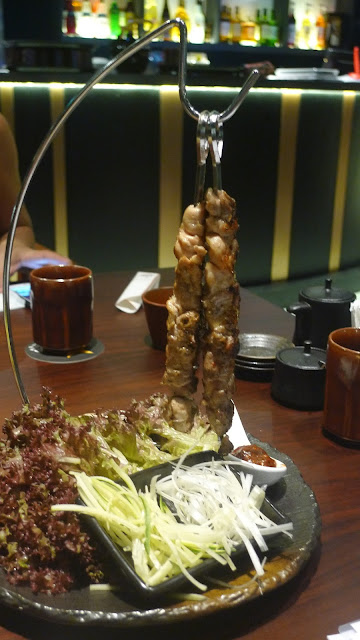 With its speciality of using straw and charcoal for grilling, Enbu's Chicken Warayaki with Special Spring Onion Sauce ($12) was a winner. I really like that the skewered chicken pieces were remain moist and had an alluring smoky fragrance. Japanese-style tandoori chicken perhaps? Moohehe. 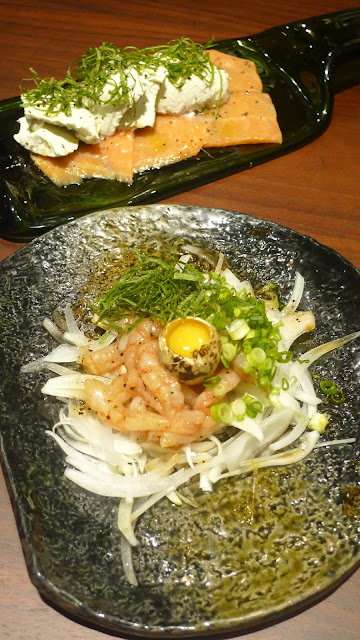 For starters, try the Smoked Salmon with Homemade Cheese Tofu ($12) and Amaebi Yukke (sweet prawn with homemade sesame flavour sauce; $14). The former was richly flavoured and comforting while the latter presented a delightful medley of textures. 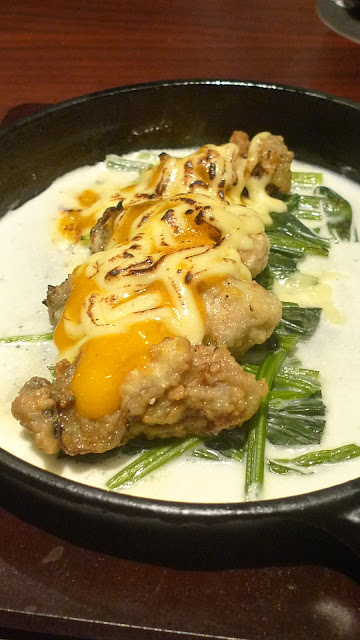 Oyster fans can wallop these Oysters and Spinach Teppanyaki with Uni Sauce and Cream Cheese Dressing ($20). Coated in a light batter and deep fried, these morsels were blanketed with a creamy uni and cream cheese sauce though I felt the flavour of uni was lost here. 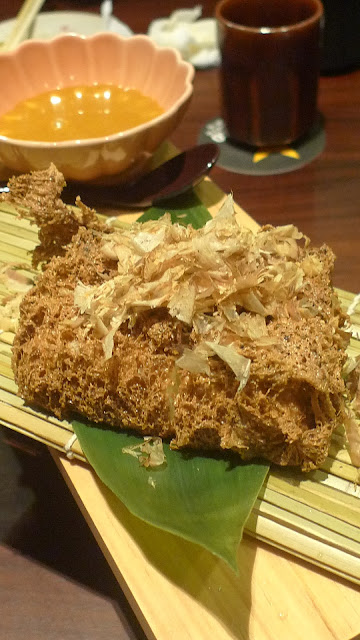 For a stronger uni flavour, have the Deep Fried Tofu with Uni Sauce ($12) instead. The thick umami-laden sauce was the perfect accompaniment to the deep fried tofu which had crisp exteriors and soft insides. Order rice. Thank you.

The Taco Salad ($15) was quite tasty but I'm not sure how it fits into Enbu's theme. 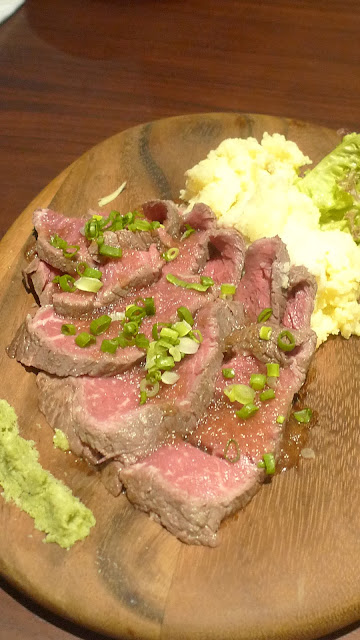 Ah happiness is seeing my relatives....on a platter. Moohaha. The subtly smoked Roasted Tenderloin Warayaki ($22) was served a little chilled and rare so do let the service staff know if you prefer it moore cooked. Gentle flavours were teased out with some chewing. 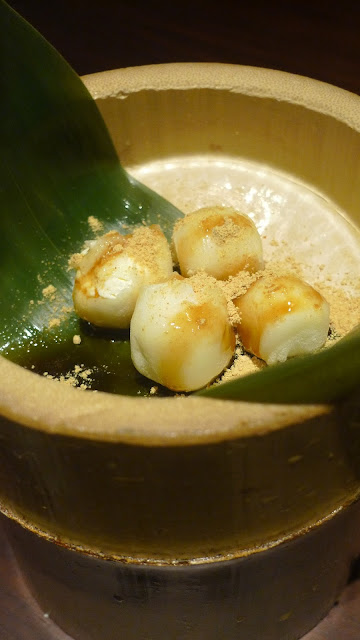 For dessert, the Mochi Ice Cream ($8) beckoned with its chewy exterior and ice cream core.

Enbu's food is pretty well-priced and I think it will be popular with the office crowd there plus those who want another taste of Japan.

Thank you, Enbu and Brand Cellar for hosting me. 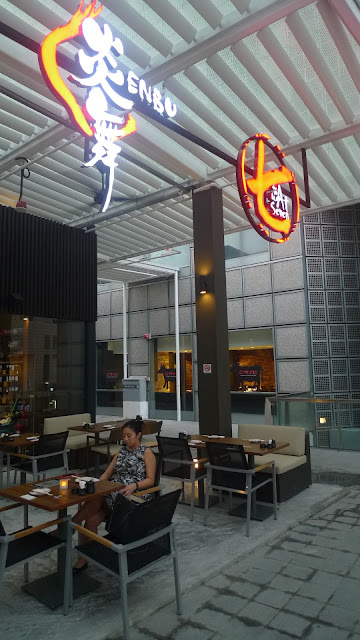 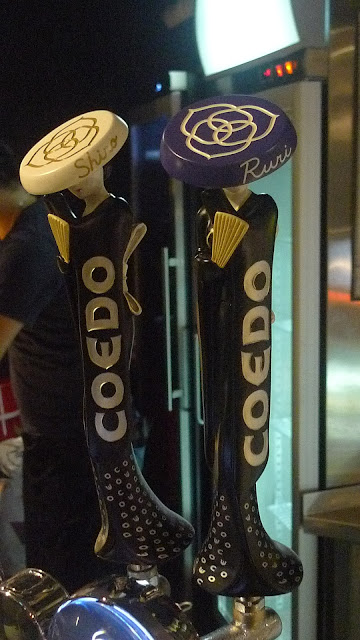 This is so my type of ladies. Moohehe. These Coedo tap handles made me reach for a beer. Ya all their fault. Moohaha. Speaking of beers, both the Coedo White and Ruri craft beers are available on tap at Enbu!
Posted by The Hungry Cow at 6:19 pm