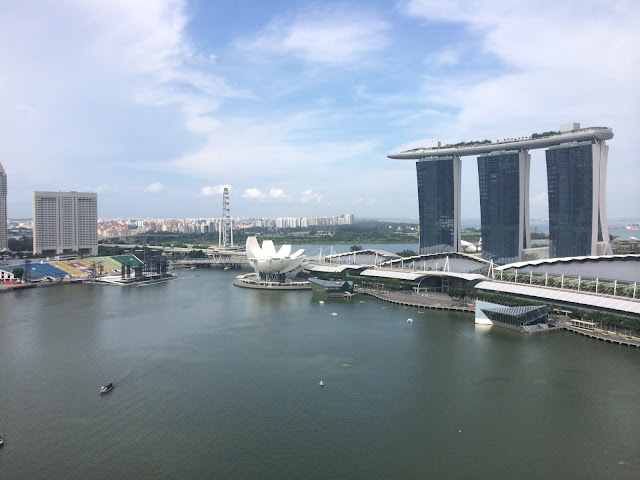 I count myself blessed to be born in this tiny country of Singapore, enjoying the benefits of those who fought and laboured for the many good things that we often take for granted.

Being a kid of the 80s and 90s, I didn't witness the horrid World Wars nor the turbulent times of racial riots that are inscribed in history textbooks but my grandparents and parents lived through them to tell the tale. Then newly independent Singapore in 1965 was a far cry from the gleaming metropolis of today. In fact, most thought that as a small island surrounded by much larger neighbours and with neither a hinterland, natural resources nor a proper defence force, we wouldn't even make it to begin with. But we did.

Despite the odds, our forefathers from foreign lands made this place home and toiled to set the foundation for progress and prosperity.

Lee Kuan Yew, Goh Keng Swee, Raja Rajaratnam and their contemporaries showed much grit, courage, foresight and tenacity when they faced the challenges of nation building and invested their lives into making Singapore a success.

The passing of Singapore's founding prime minister Lee Kuan Yew earlier in March this year made a nation weep. It was probably everyone's wish that he would be able to celebrate the 50th jubilee of the nation he fought so hard to build but sadly it was not too be. LKY had done most of his pioneering work by the time I was old enough to know his name. I wasn't there when he and his team made bold albeit sometimes controversial decisions, but yet I felt a deep sense of loss when he died.

I have never watched that much Channel News Asia until the declared week of national mourning when it aired videos of Singapore's early days and the challenges they posed to LKY and his team. Those videos were powerful lessons no National Education class could teach. 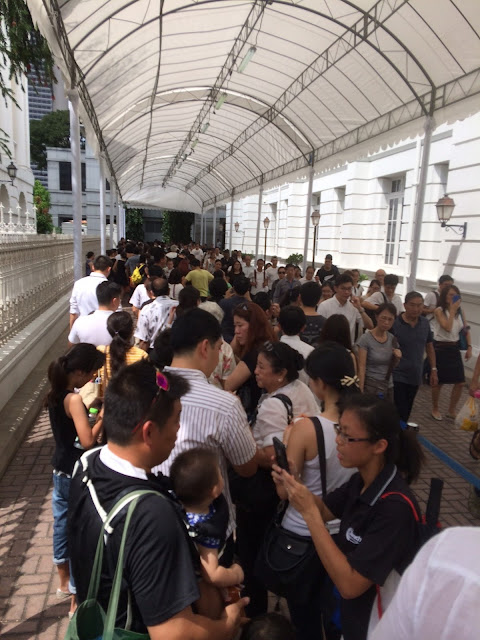 LKY's passing unleashed a usually reserved emotional side of Singaporeans. For the first time, I saw how fellow Singaporeans not only took to online and social media space with tributes and notes of thanks but also laid flowers, said prayers, wrote cards at the Istana and many other designated places etc. 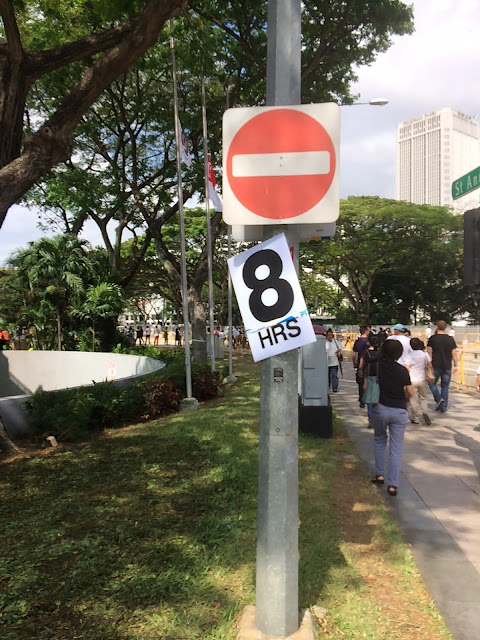 What was even more impressive was the multitudes from all segments of society who showed up, queuing for hours (and some even overnight) to pay their last respects. And then there emerged stories of kindness amongst the snaking queue- ordinary people bought drinks and snacks for strangers around them, others shared umbrellas, gave out black ribbons and pins, one even gave his neighbour a message. It was most heartwarming.
When the main pillars of early nation-building were established, many subsequently wondered if Singaporeans had a shared sense of national identity and soul. Under Goh Cheok Tong, who succeeded LKY as prime minister, there was a push for Singapore to be a gracious society. With the spontaneous acts of kindness witnessed at the massive Padang queue, all those doubts were answered. I suspect it had been in us all these while. Singaporeans do have heart and soul, and not just for good food.

On LKY's final journey, his cortege route included many significant landmarks, tracing his life journey and impact on Singapore. Thousands lined the streets hours before the expected time. As the time inched closer, the skies opened and it poured heavily almost as if heaven wept. I was wondering if the crowd had dispersed. Instead, I was shocked, and guilty, when they were still standing there. Some with ponchos, some with umbrellas and others simply drenched. This is a side of Singapore and Singaporeans that I have never seen. I felt proud to join their ranks and soon found myself in the rain waiting for the cortege. 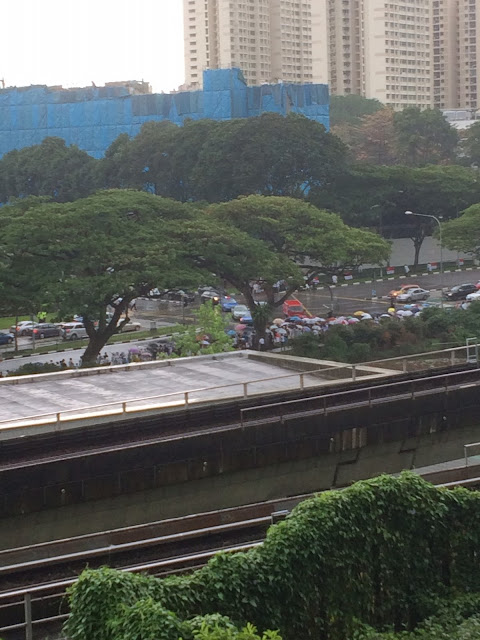 The sombre mood contrasted against the various colourful umbrellas and ponchos, and the red and white of the national flag. Then all of a sudden, there was a flurry and I could hear applause from afar. Knowing the time was at hand, I was thinking what should I do or say when the cortege passed me. Should I wave or clap? Should I bow my head in silence or verbally say my last good bye? I was lost. 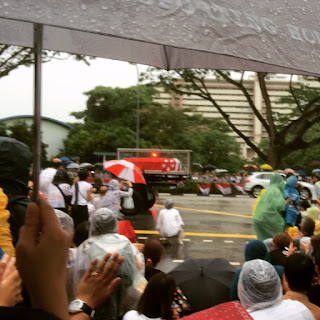 When the cortege passed, I instinctively held up one hand to wave and my mouth opened but somehow no words emerged. Whatever eloquence people said I have failed me at that precise emotional moment. Tears flowed though I couldn't quite exactly comprehend why. But my heart tells me it's because my beloved country has lost its founding father who has so selflessly given his life to the nation. I might have never shaken his hand nor had a conversation with the man and while he is by no means perfect, I cannot deny that I have benefited from his leadership and labour.

Singaporeans are known to be a practical, pragmatic bunch. Queuing for hours in the scorching sun and lining up in the rain for a mere few seconds didn't make any sense but we did it. For him. And for ourselves. We responded on our own as one people, one nation, one Singapore, showing the essence of what it truly means to be a Singaporean.

A nation's emotions were summed up succinctly by the words of a young dad, who stood near me carrying his kid and awaiting the cortege, when he shouted "Thank you, Mr Lee!"

I have never been prouder to be a Singaporean.

SG50 is a historic milestone and I am glad that LKY and many from the pioneer generation were honoured at this year's National Day Parade. Let's remember those who toiled for our success today, continue to push for a better tomorrow and celebrate being uniquely Singaporean. I mean even our founding father is endearingly known by three letters in this nation's quirky love for acronyms. ;) 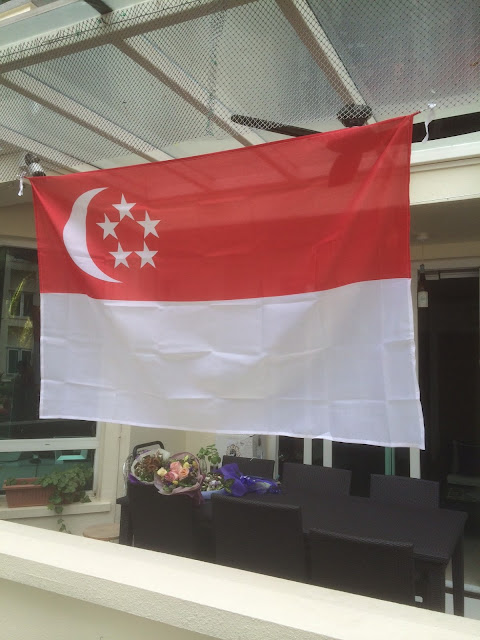 This is home, truly. Majulah Singapura!