At the new shopping centre Paya Lebar Square just next to Paya Lebar MRT station is O'nya Sayang, a casual restaurant which aims to provide authentic Peranakan food and share its rich culture with especially the younger generation.

Opened by a young baba, Zhan Ho, O'nya Sayang, which translates to a mother's love, boasts recipes handed down from his grandma who started Dulukala Peranakan Restaurant in 1999. 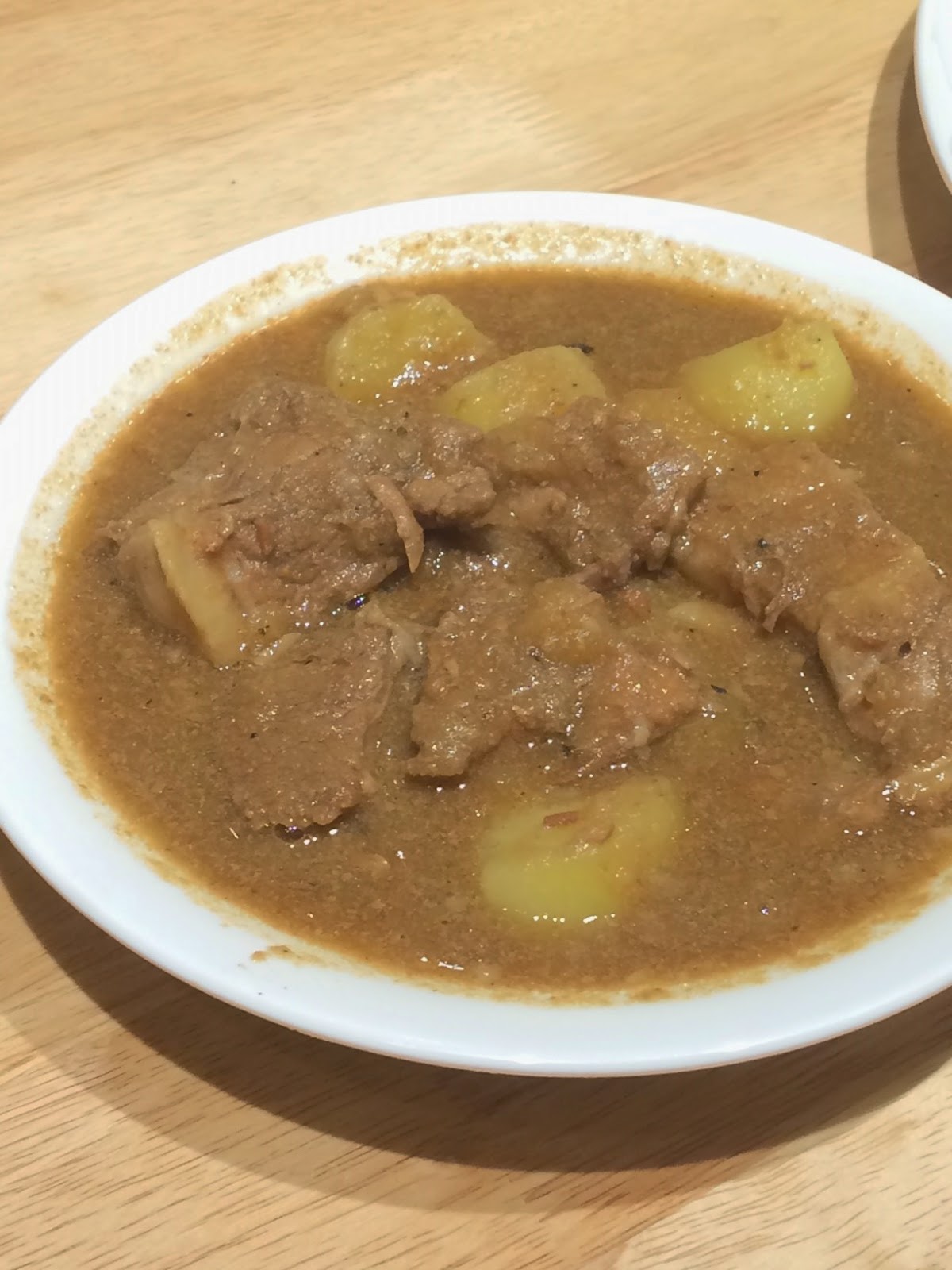 The star for me that evening was this Babi Pongteh ($13.90). It looks simple but was superb with its tender pork pieces and potato cooked in a rich and balanced bean sauce. Spoon this over hot steamed rice. A lot of hot steamed rice. Moohehe. 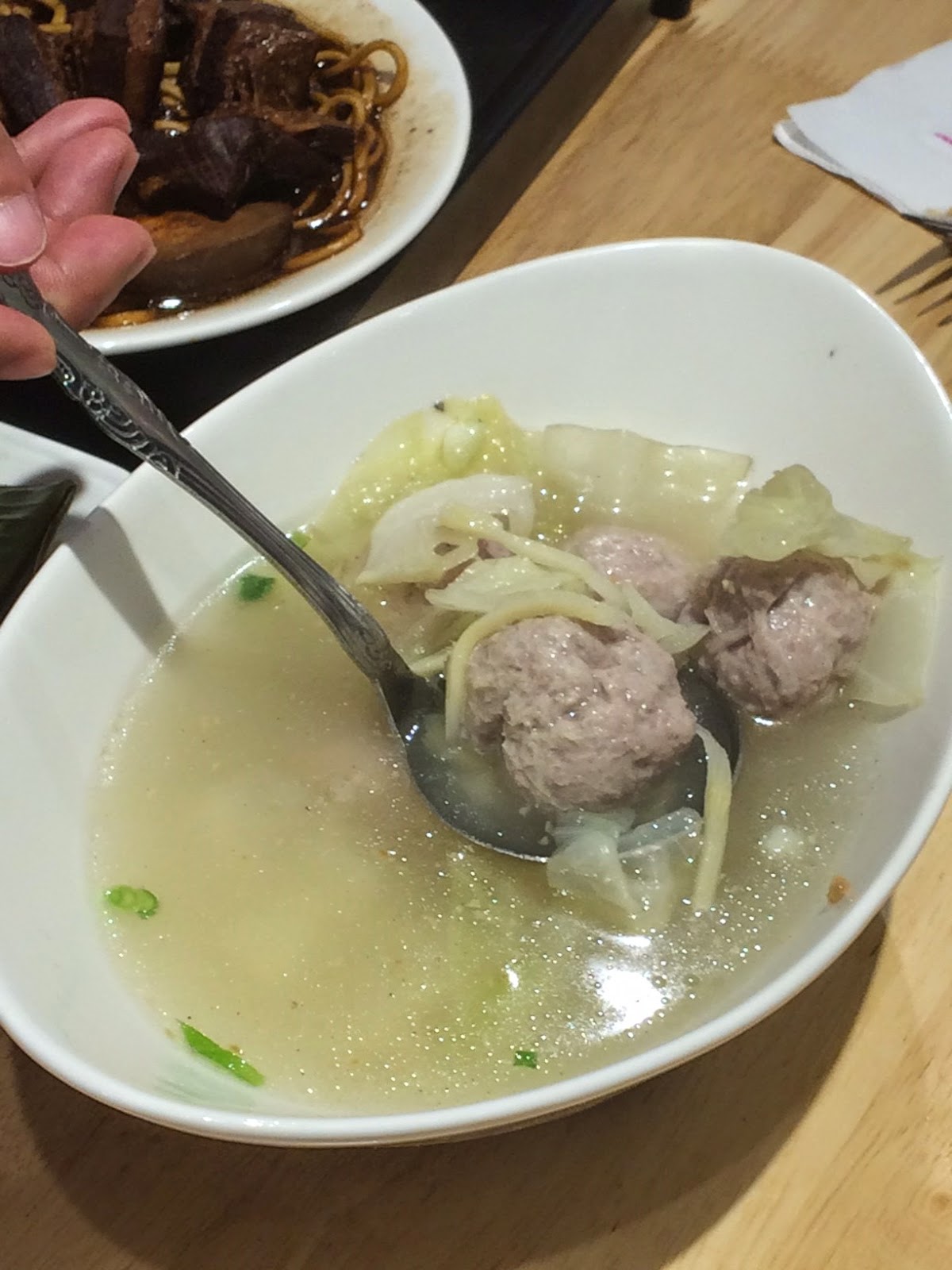 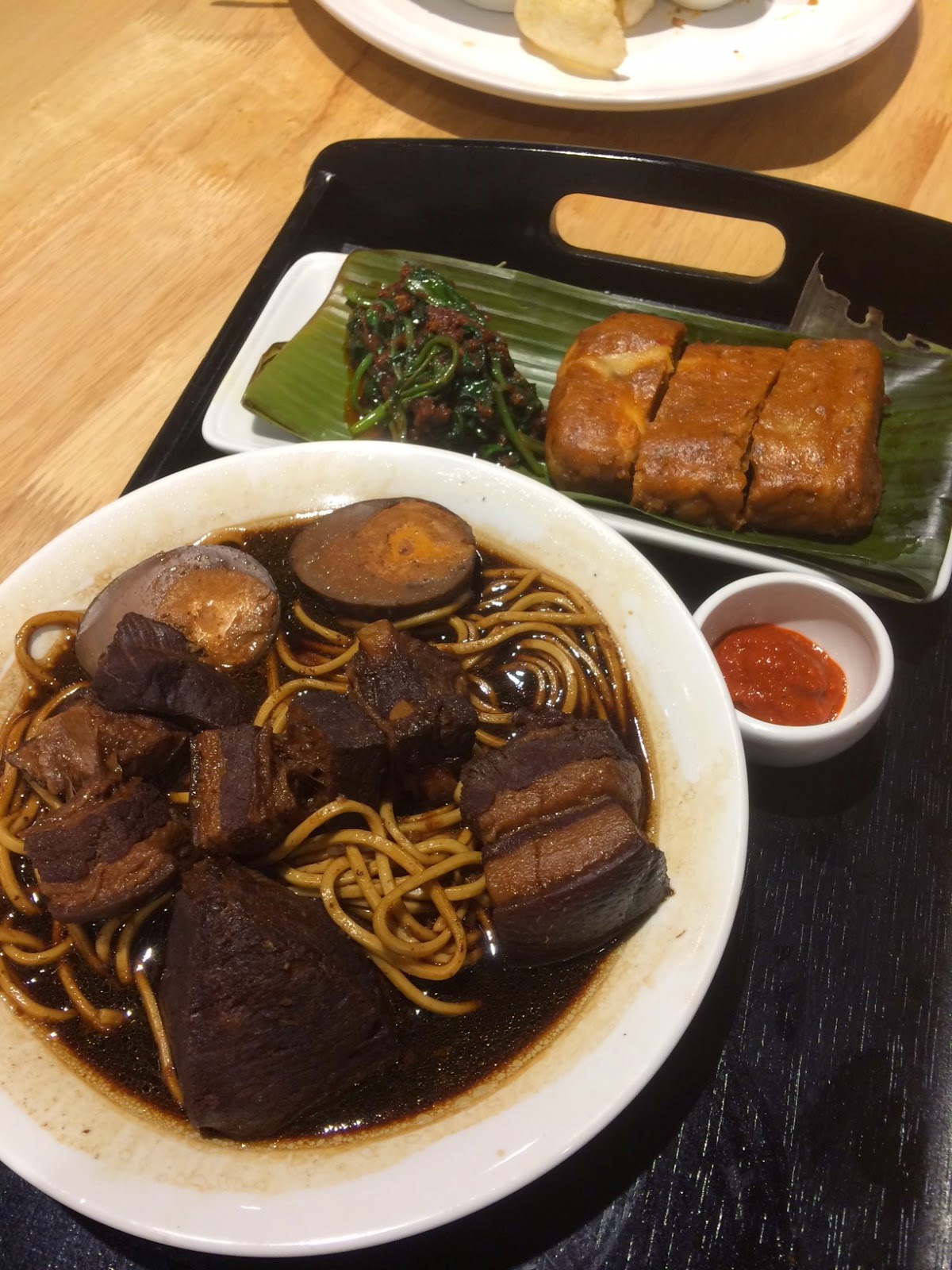 For something with a little modern twist without being overly un-Peranakan, try the Lor Bak Noodles Meal ($12.90) featuring well-braised chunks of pork belly and a hard-boiled egg with springy egg noodles. The latter is not traditionally part of the Lor Bak dish but was added to appeal to younger diners. I also loved the thick slabs of Otah Otah and the small mound of Sambal Kang Kong on the side. 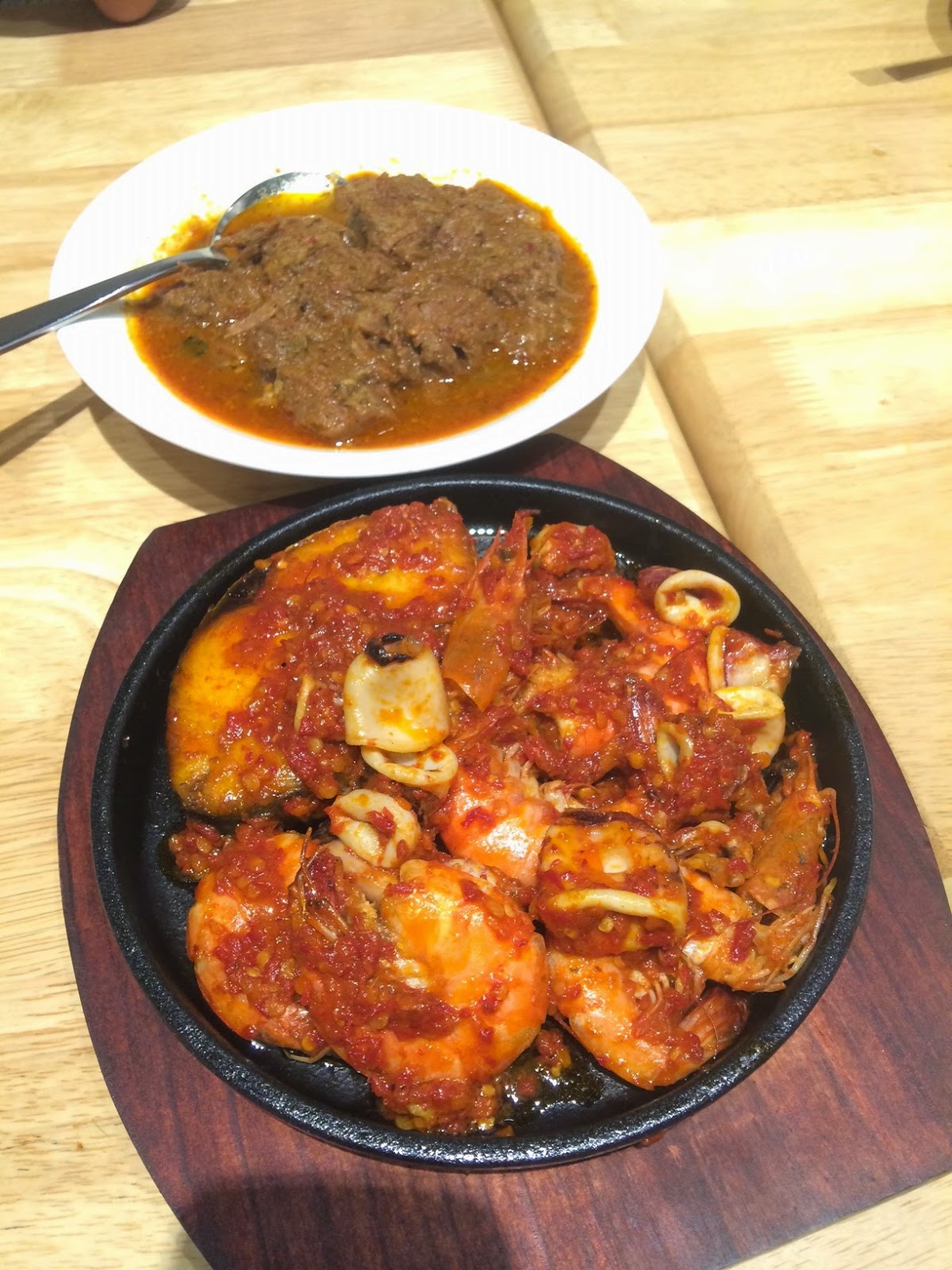 Sadly, both dishes in the above photo did not appeal to me. The Chilli Garam Seafood ($17.90) in the foreground was tasty with a nice mix of spices but I felt its seafood medley of prawns, squid and fish could have been fresher and cooked a little less. The Beef  Rendang ($14.90) was plagued with a very watery gravy. :( 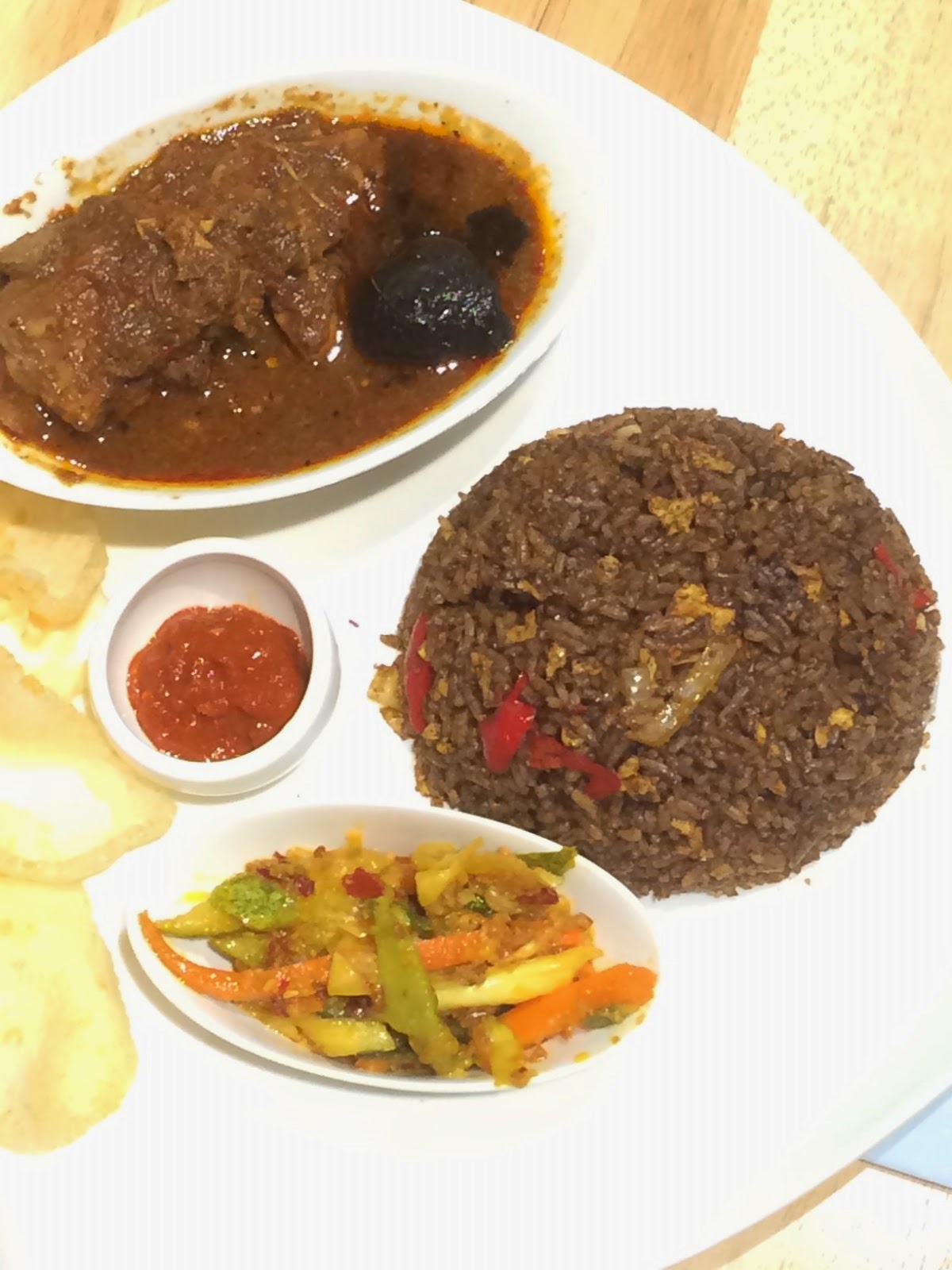 Ayam Keluak Fried Rice ($14.90) was an interesting dish with a flavoursome Nonya chicken stew served with rice fried with keluak, onions and chilli for a fragrant, slightly earthy touch. Perk up the palate with the homemade sambal balacan and achar.

Mooving on to desserts... they were pretty scrumptious! Even for this non-sweet-tooth bovine. 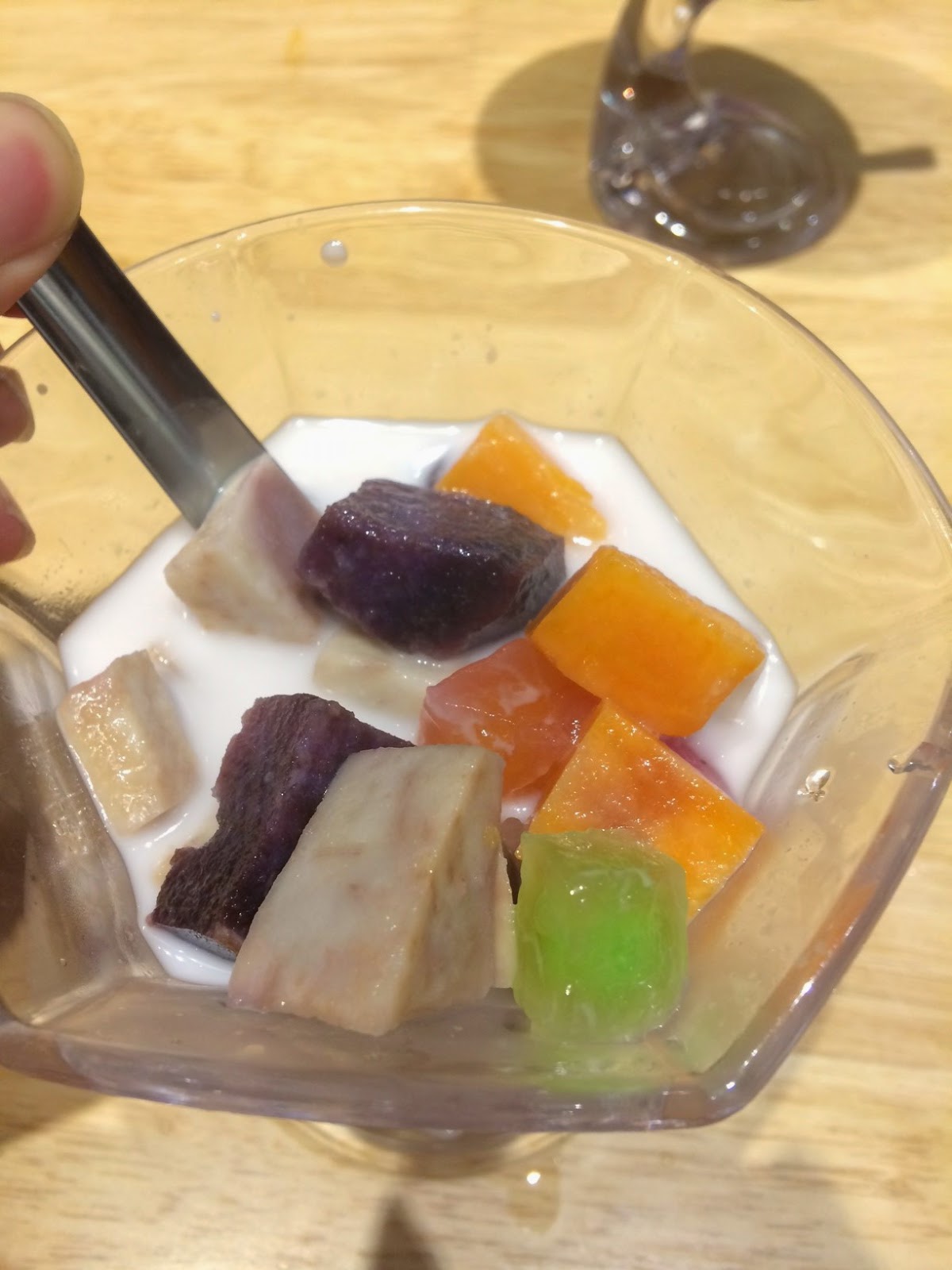 The Burbur Cha Cha ($4.90) reminded me a bit of my own paternal grandma's homely version I had as a kid. Cubes of sweet potato and yam in a light, warm sweetened coconut milk-based "broth" lifted by pandan leaves. And like years ago, I still fish for the chewy colourful gummy starch bits. Guess some things never change. Moohehe. 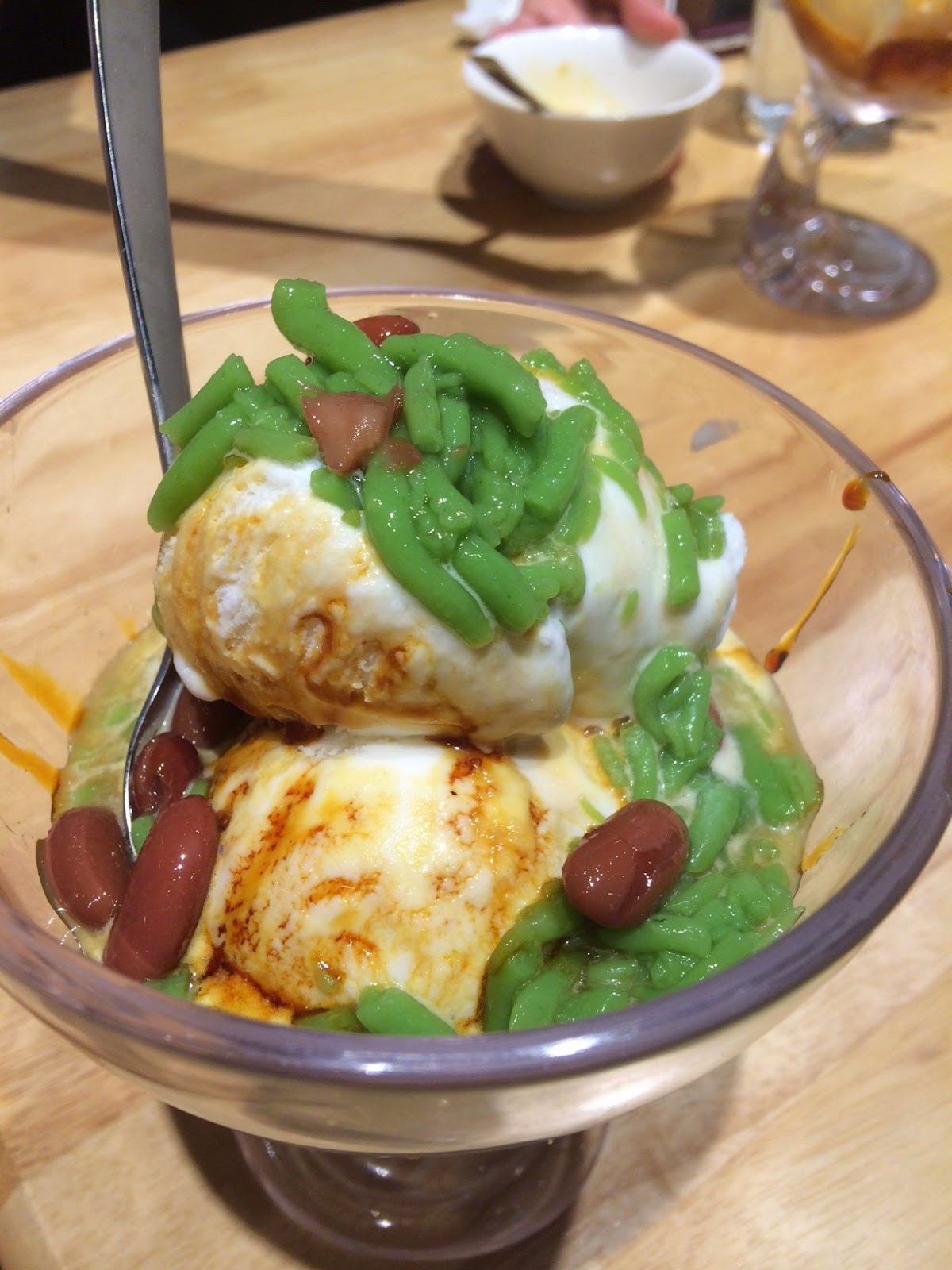 The Chendol with Ice Cream ($5.90) was equally toothsome. Rich gula Melaka (sourced from Surabaya which apparently is of a higher quality) combined with squiggly green Chendol and red beans matched the sweet, milky notes of the coconut ice cream. 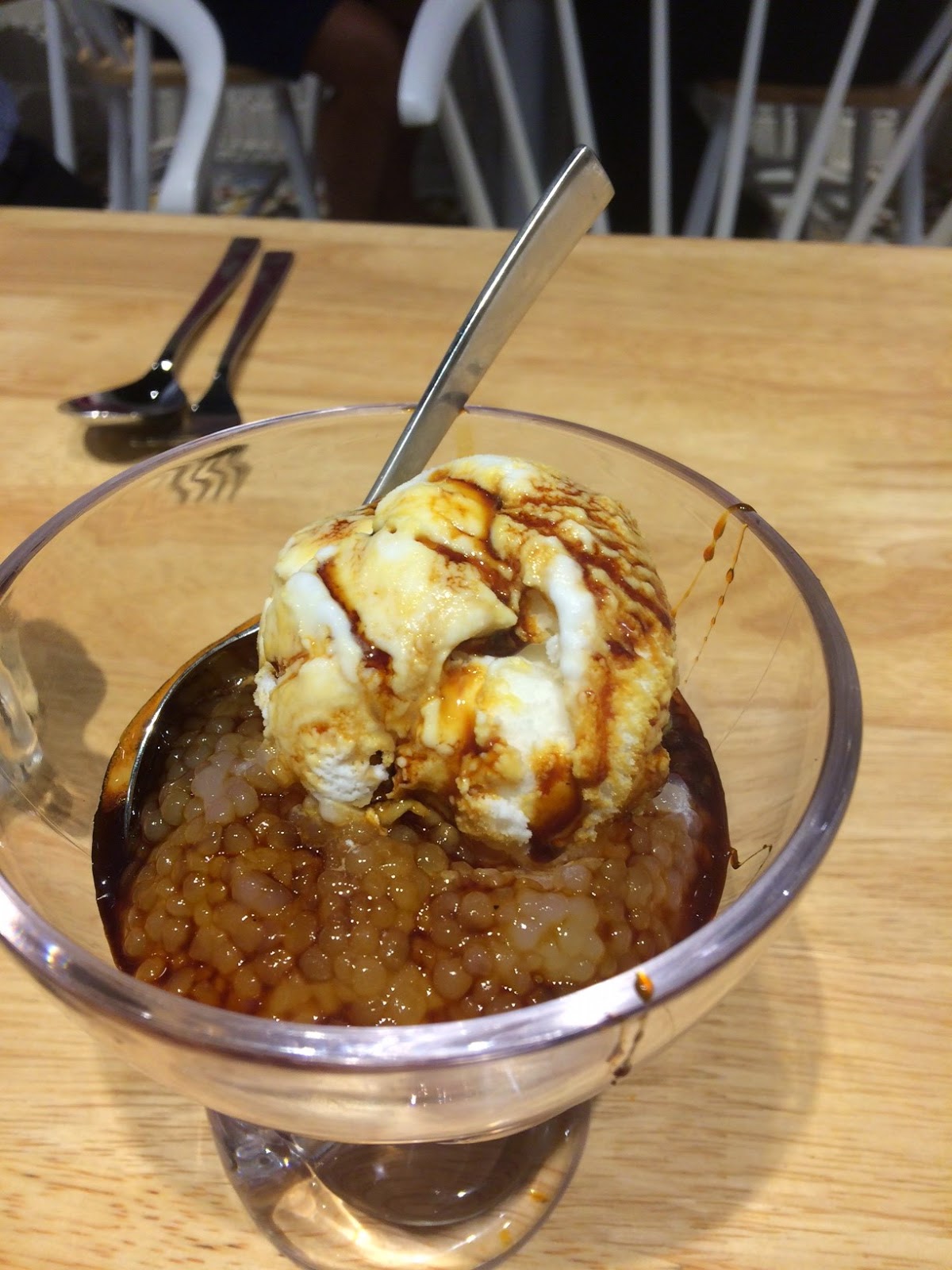 Another way to enjoy the coconut ice cream (which they got from Thailand and is really good!) is to order it with the Gula Melaka Sago ($5.90 with ice cream).

I was pretty impressed with the desserts and would definitely recommend ending any meal at O'nya Sayang with them.

Overall, prices are quite wallet-friendly and the cuisine here has a homely appeal. Cheers to a mother's love.

Thanks to Alicia for the invitation and for Zhan and Esmond for hosting moo. 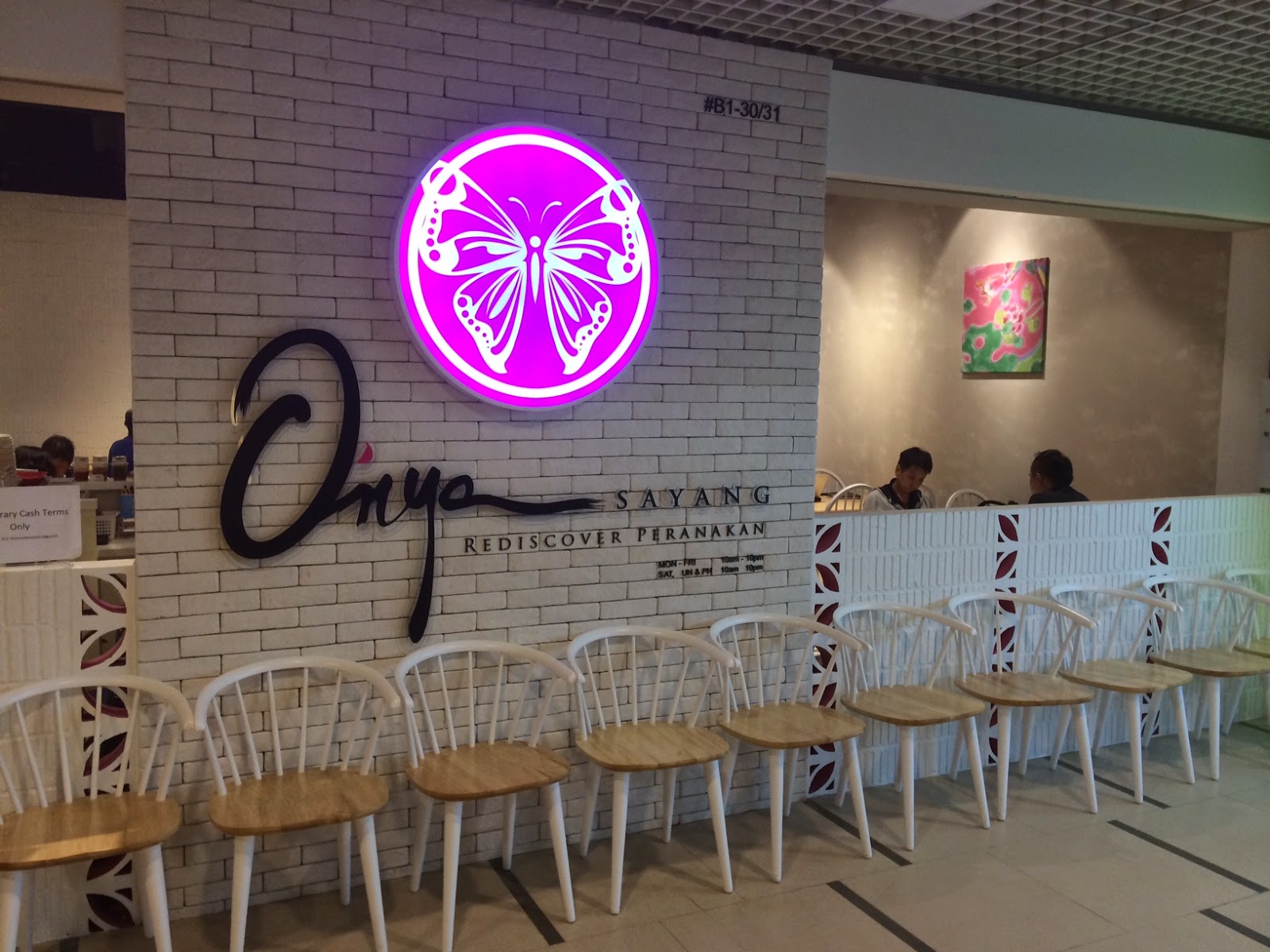 Chew On This: There are future plans to bottle their sauces so keep a look out if you fancy any!
Posted by The Hungry Cow at 2:32 pm