One of the Best Steamboats I've Had This Year

After catching the Dim Sum Dollies, it was time for a late dinner as the famooly headed to the newly opened One KM mall. Steamboat dinner at Beauty in a Pot (opened by the Paradise Group) happened to be one of the best I've had this year! 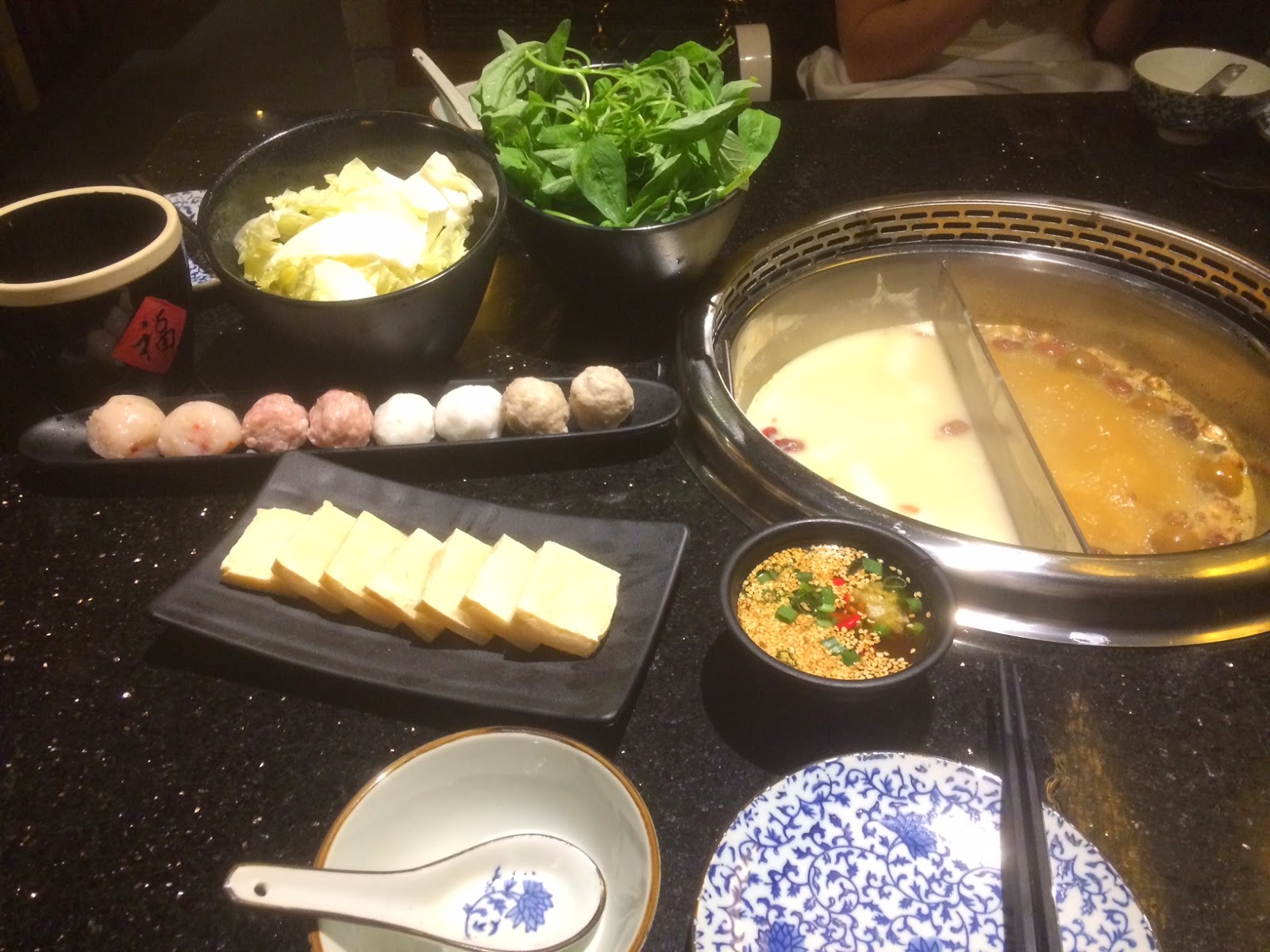 We opted for a yuan yang pot which featured both their soups ($25), Beauty Collagen Broth made with shark's cartilage boiled for over 8 hours, and Spicy Nourishing Broth made with pork bones simmered with ginseng, red dates, dang gui, wolfberries among other herbs. I tasted both soups on their own before cooking any ingredients in them and immediately found favour with their tasty notes. The Beauty Collagen Broth was slightly creamy and rich while the Spicy Nourishing Broth tasted fortifying with a tingling touch from Szechuan peppers.

The soups were so tasty I barely used my dipping sauce of Sha Cha Jiang, sesame paste, sesame seed, sesame oil (you can tell I like sesame. Moohehe), minced garlic and chilli. Condiments for DIY dipping sauces are charged at $2 per person and comes with free-flow rice.

Beauty in a Pot offered a selection of handmade balls from fish to mushroom and pork but choose the Assorted Balls Platter ($10) for variety. On the whole, they were springy yet softly yielding to each bite. 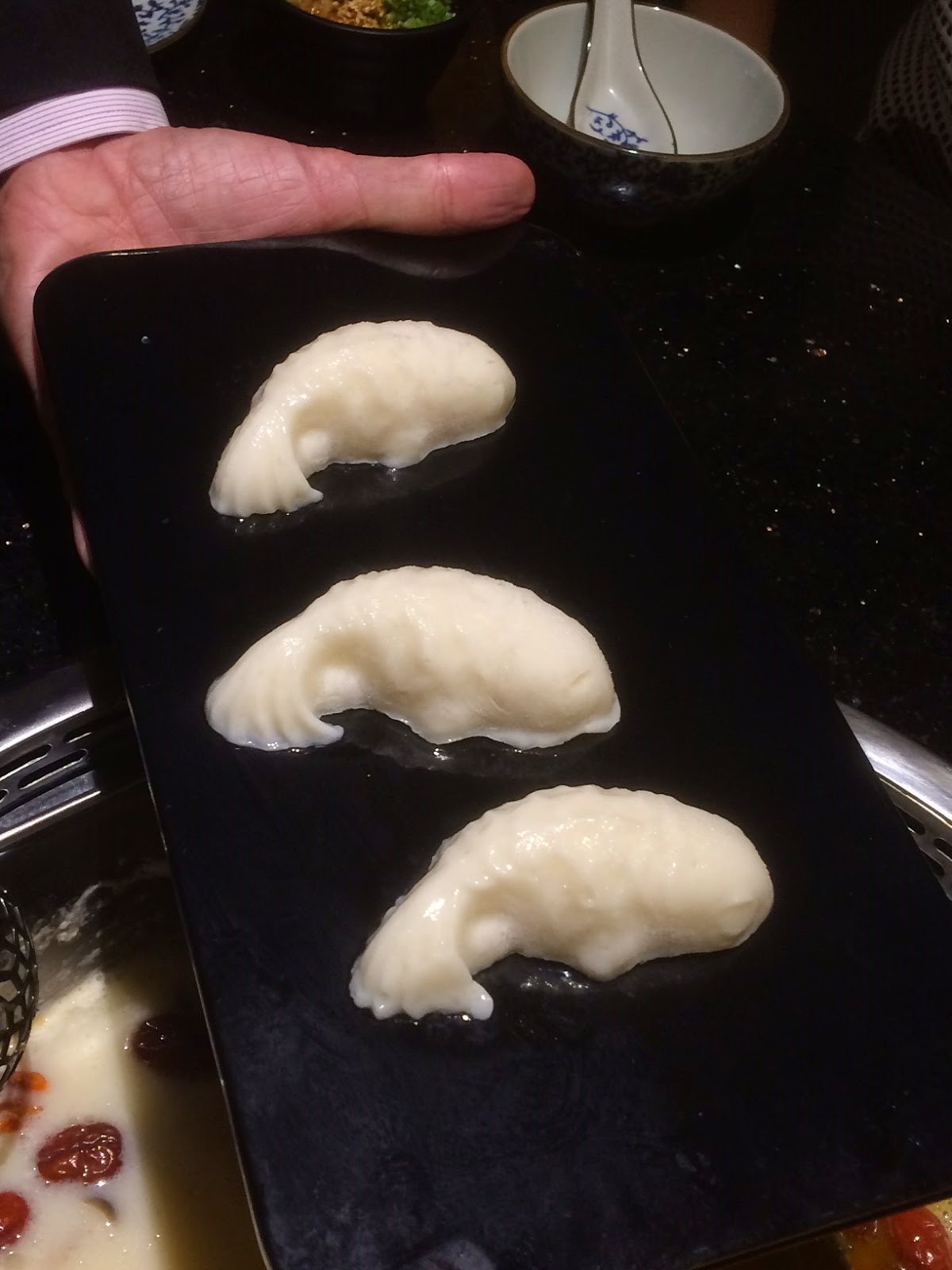 Shaped like a fish, the Signature Handmade Fish Tofu ($5.40) was cute and interesting to eat. Made with egg white, soy beans and fish meat, it was delicate and reminded me a little of a dish my late grandma used to make. 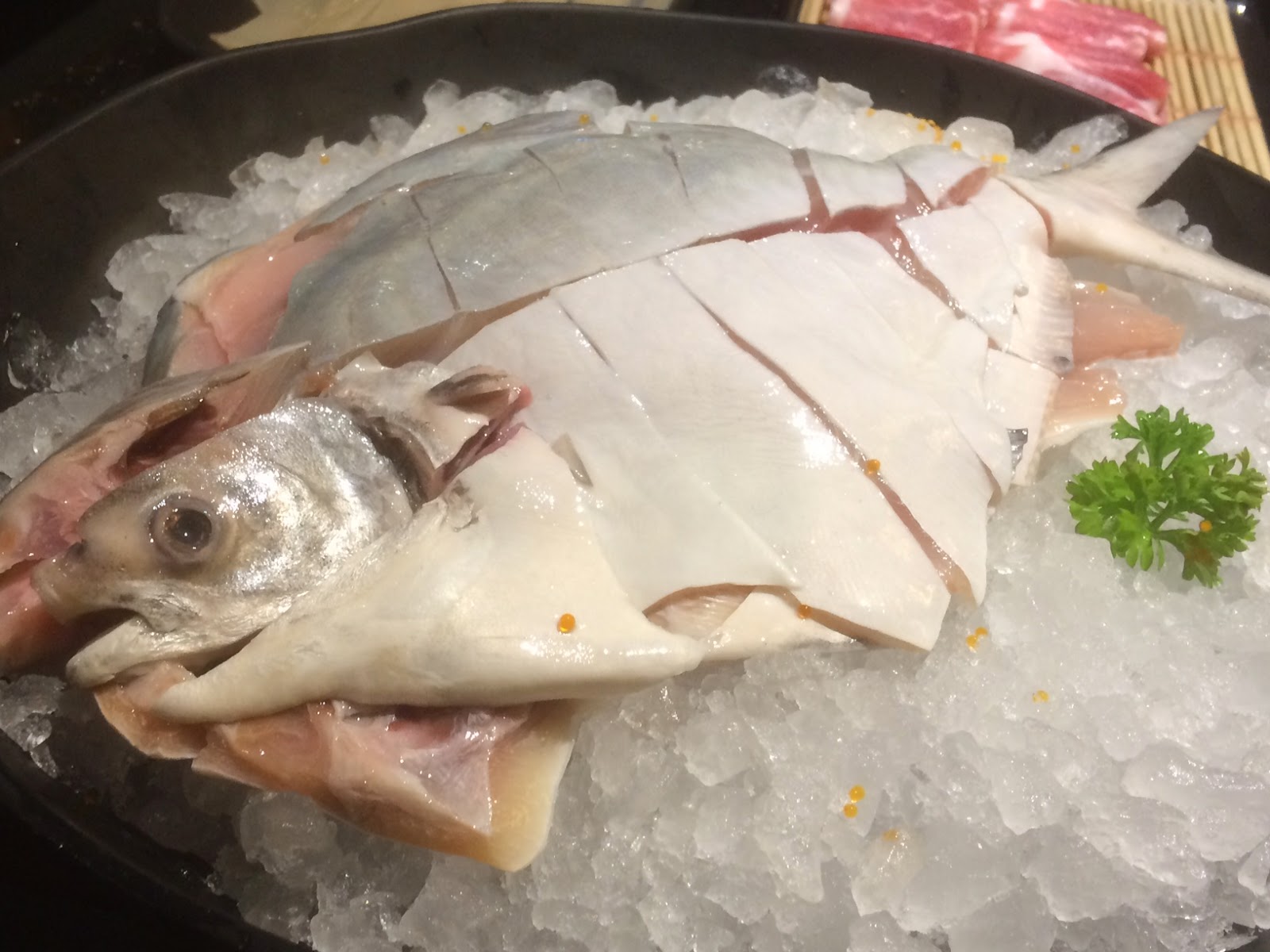 The "real" fish of Pomfret ($8 per 100g) was less impressive as it could have been fresher. 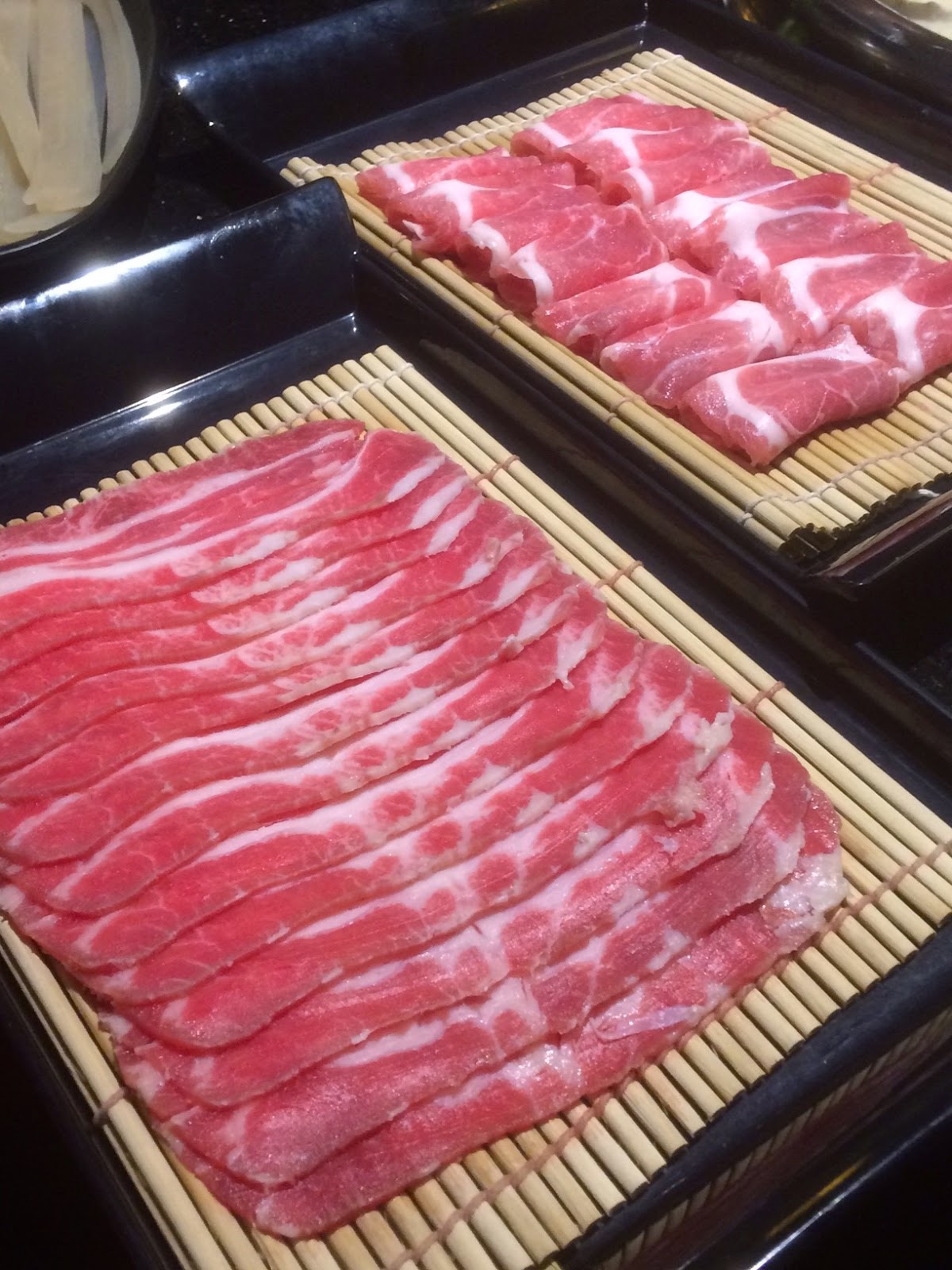 Good thing the meats moore than made up for it. The Sliced US Short Ribs ($16 for 200g) were sweet with a lingering aftertaste and the Sliced Pork Collar ($10) flavoursome with any unpleasant porky taste. Two hooves up!

The menu offers a good selection of which we also picked quail eggs, luncheon meat, veggies, lotus roots, potato thick vermicelli (which becomes nicely chewy and translucent when cooked) and mushrooms (the bamboo fungus is a moost order!).

I will certainly be back for moore! :D 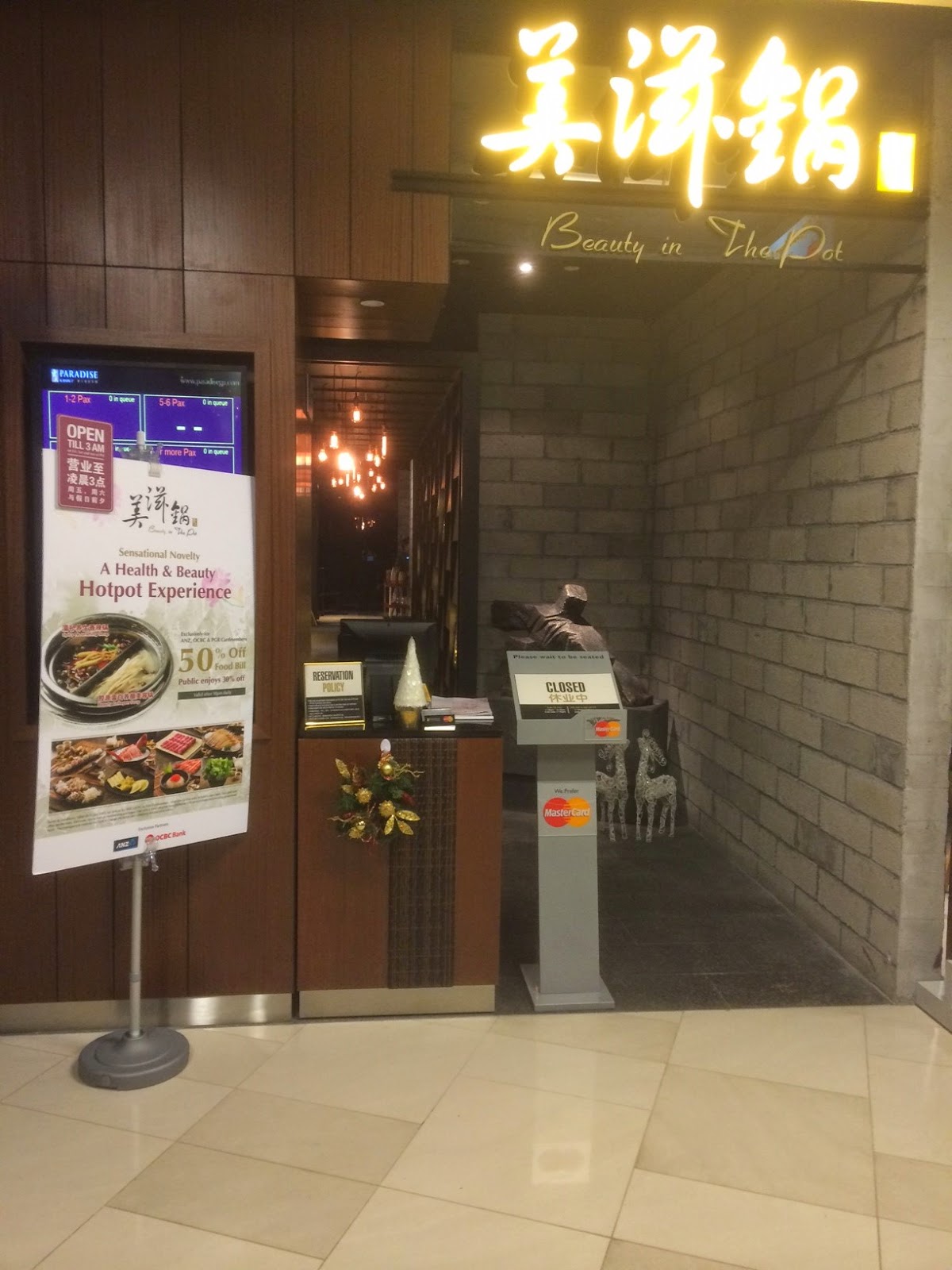 Chew On This: From now until 31 January 2015, get 50% off the bill when you dine here after 10pm and pay with a OCBC or ANZ card! The restaurant opens until 1am daily and 3am on Fridays, Saturdays and eve of PH.
Posted by The Hungry Cow at 10:05 am