It is hard not to like fried food especially when it comes to the Japaneses breaded pork dish of Tonkatsu.

This cow grazed on Tonkatsu and other fried specialties over at Saboten, which moved from Parco to 313@Somerset a few months ago. 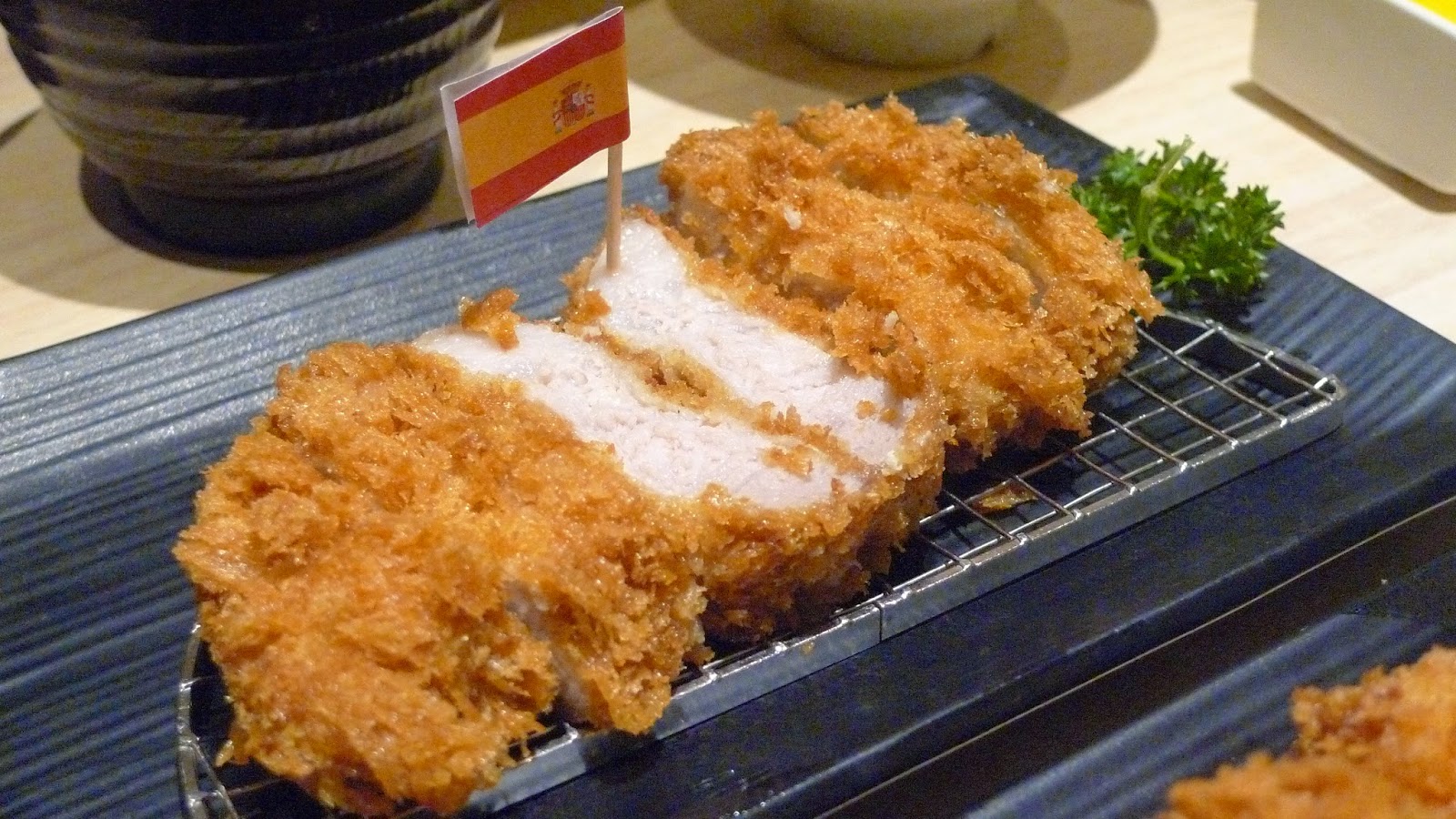 How do you tell Spanish pork from the non-Spanish ones? By the Spanish flag stabbed into the meat of course! Moohaha. The Iberico Loin Katsu Set ($28) had a crisp, crumbly exterior and while the pork's texture was not as tender as I had expected, its flavour was beautifully rounded and nutty. 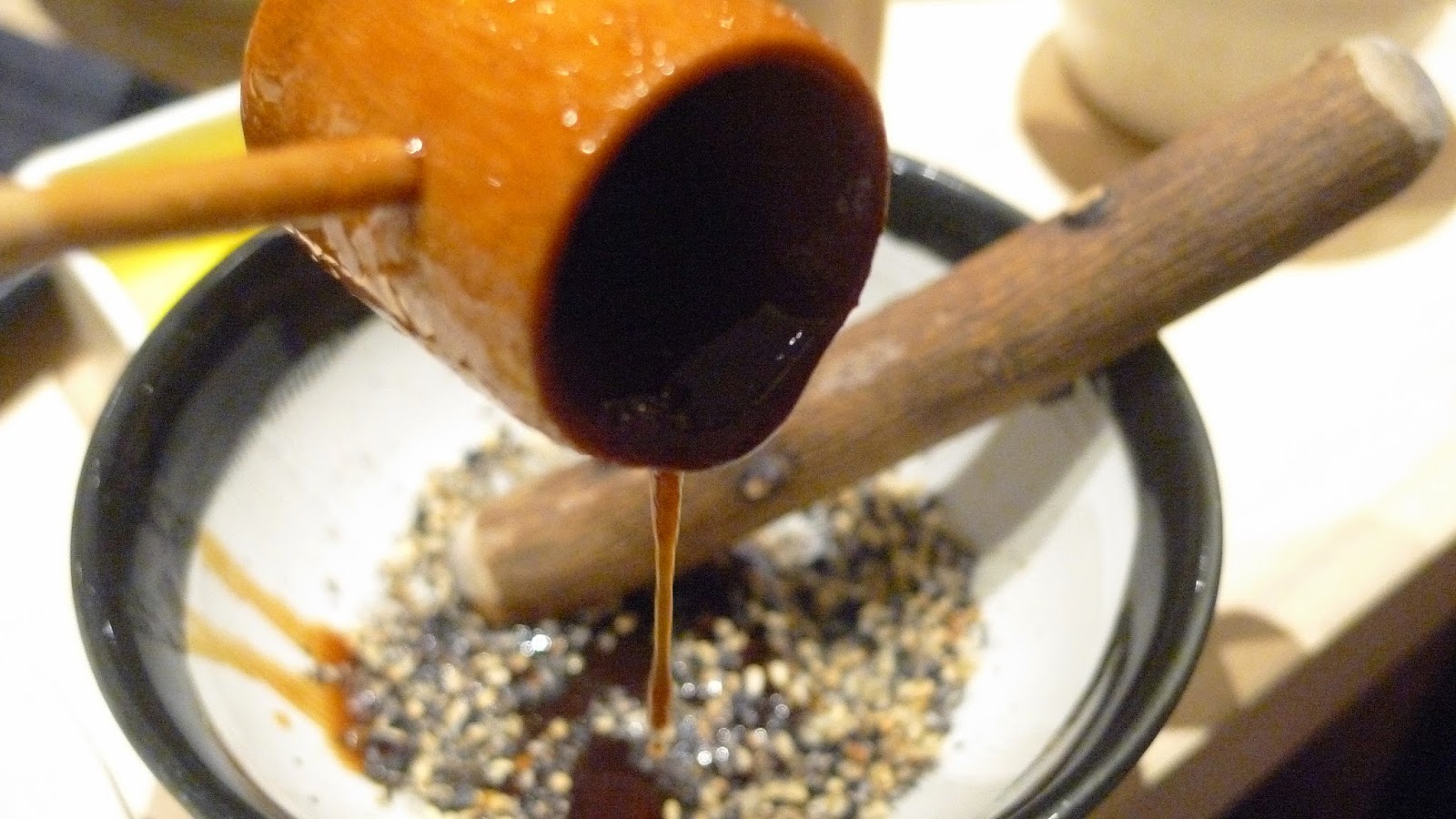 Grind some black and white sesame seeds and drizzle in the housemade Tonkatsu sauce for a nice balance of savoury, aromatic, tart and fruity touches. The sauce is developed by Saboten's own R&D team and features over 10 different types of spices, vegetables and fruits. Very good! 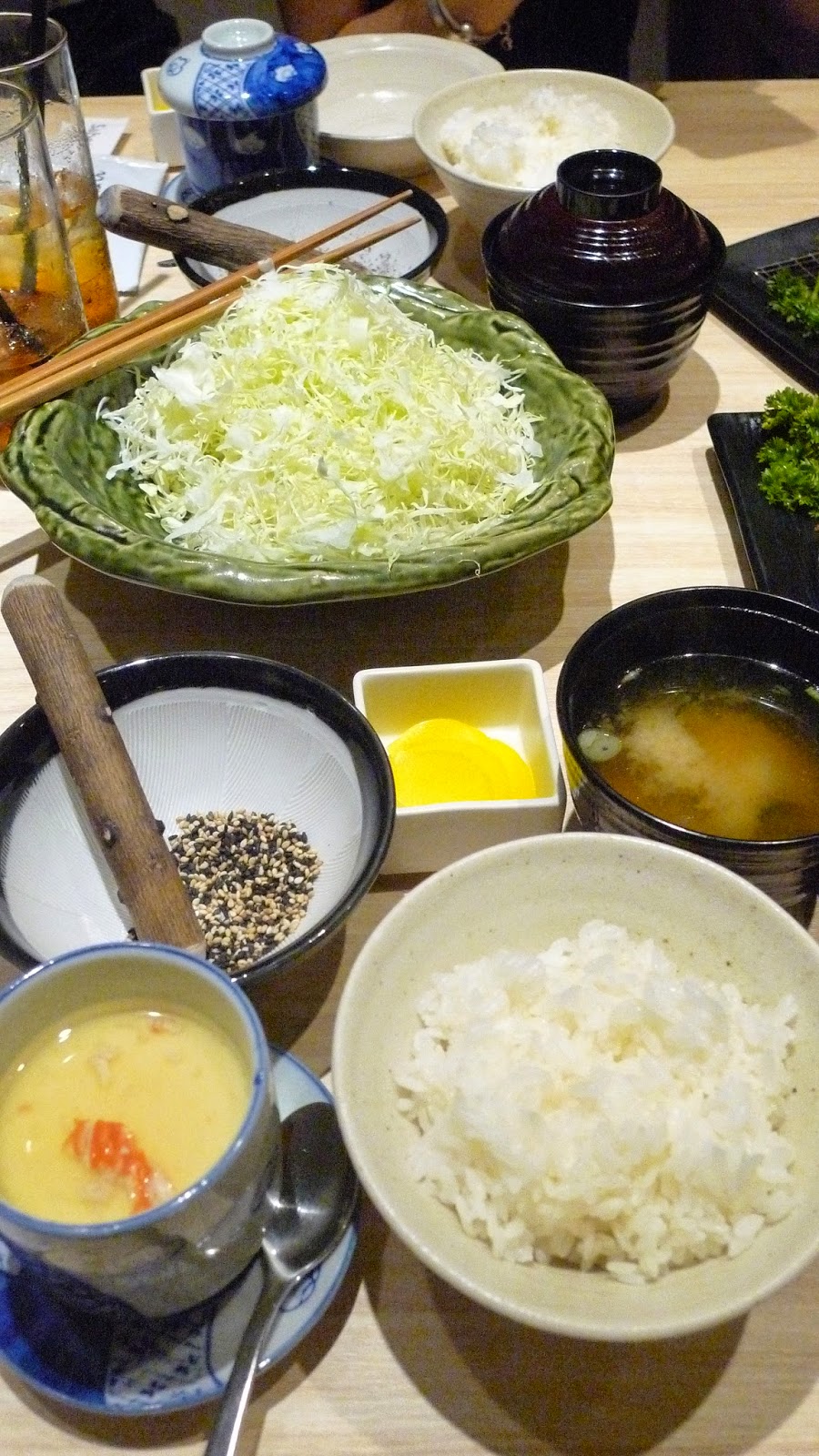 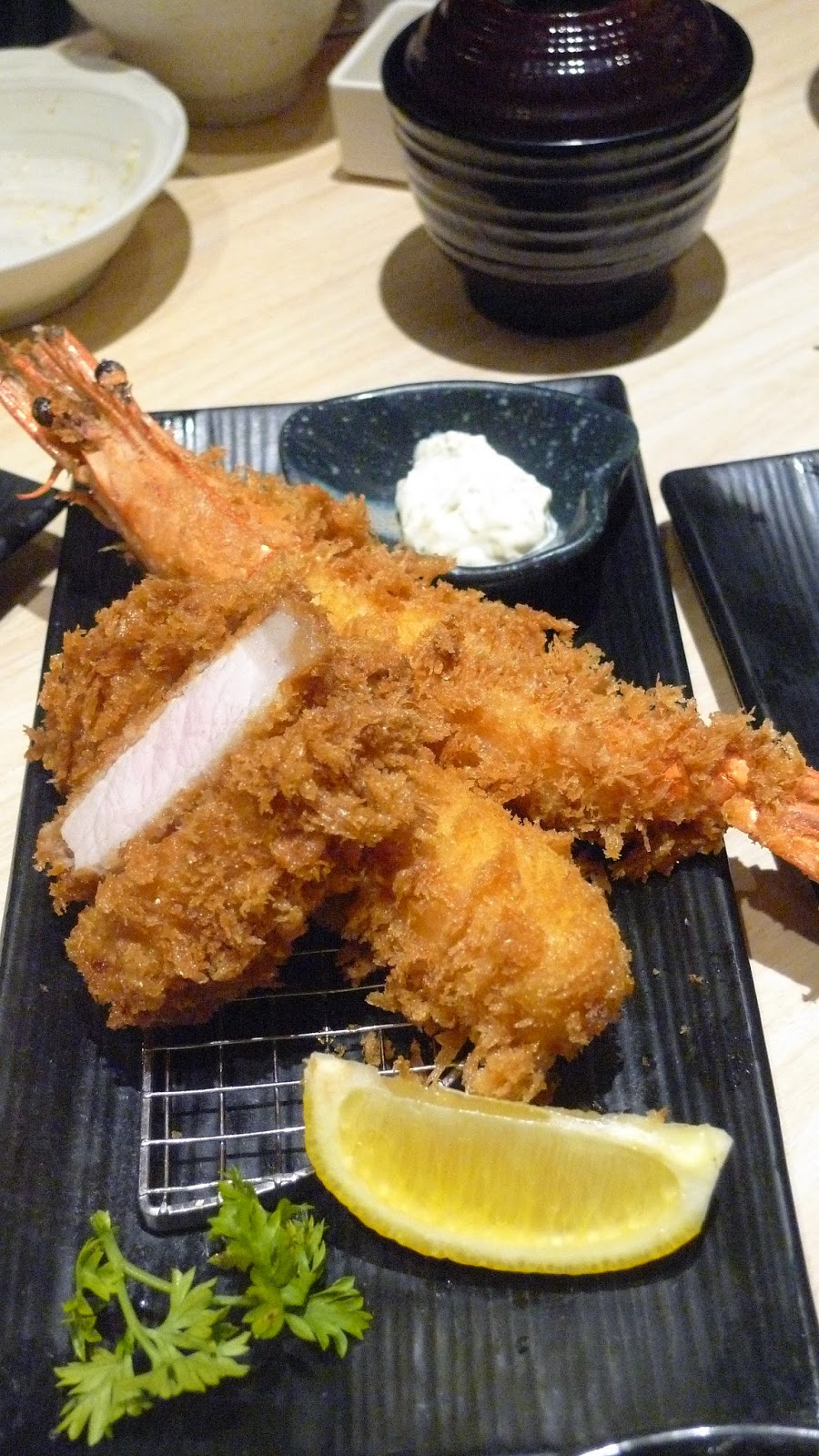 To compare the Spanish Iberico katsu to the "regular" one, we ordered the Fried Jumbo Prawn Tsuki Set ($28.50) which came with 1/2 loin katsu, fried jumbo prawn and the crab cream croquette. The pork katsu was actually more tender than its Spanish counterpigpart but had less depth of flavour. The jumbo prawn was quite nice with meaty flesh while the crab cream croquette oozed a creamy inside. A squeeze of lemon helped cut through the heaviness. 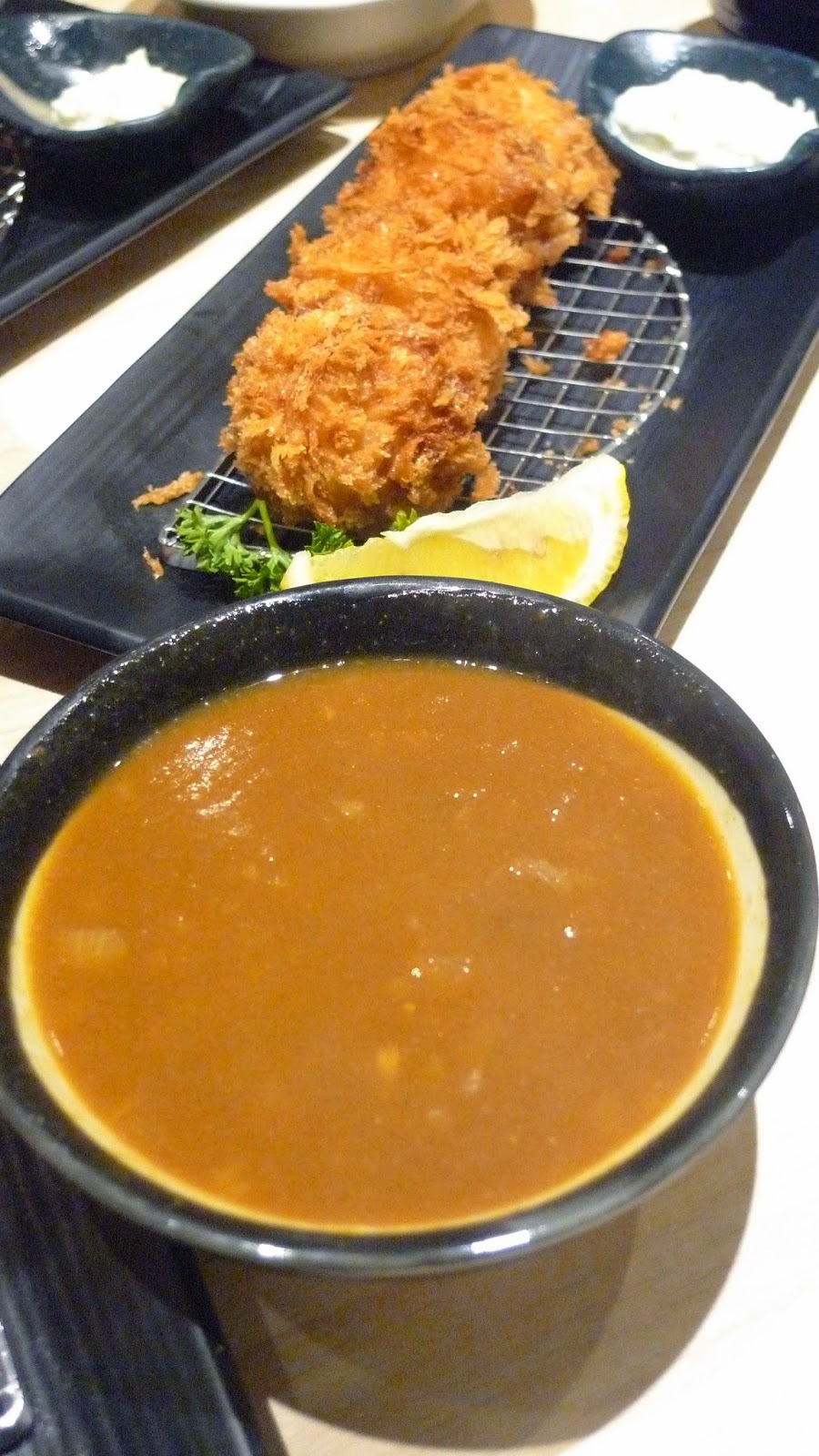 For an added flavour dimension, order the Curry Sauce ($3). It was sweet, mild and quite shiok with the (free-flow) rice. Behind it is the Fried Hotate ($12 for 2 pieces of fried scallops), a seasonal special available until 31 October. Pity the scallop I tried was disappointingly dry beneath that golden coat.

The fried food at Saboten was not bad on the whole but I couldn't help but feel that they somehow felt heavier on the palate. 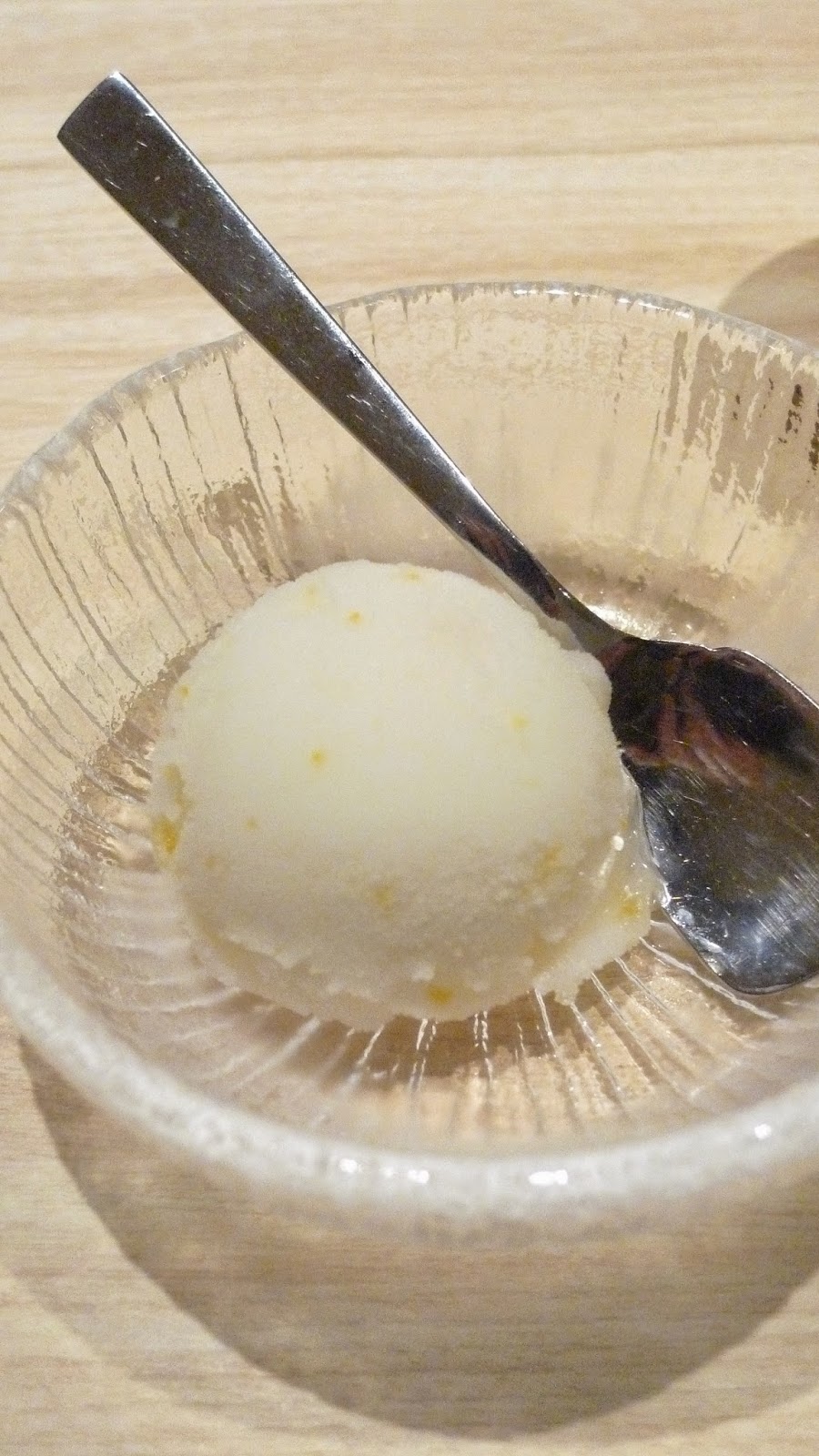 But that's why the Yuzu Sorbet was the perfect dessert to end the meal with. Bright, citrus-y notes and not too sweet.

Thanks to Jaslyn of Brand Cellar for the invitation. 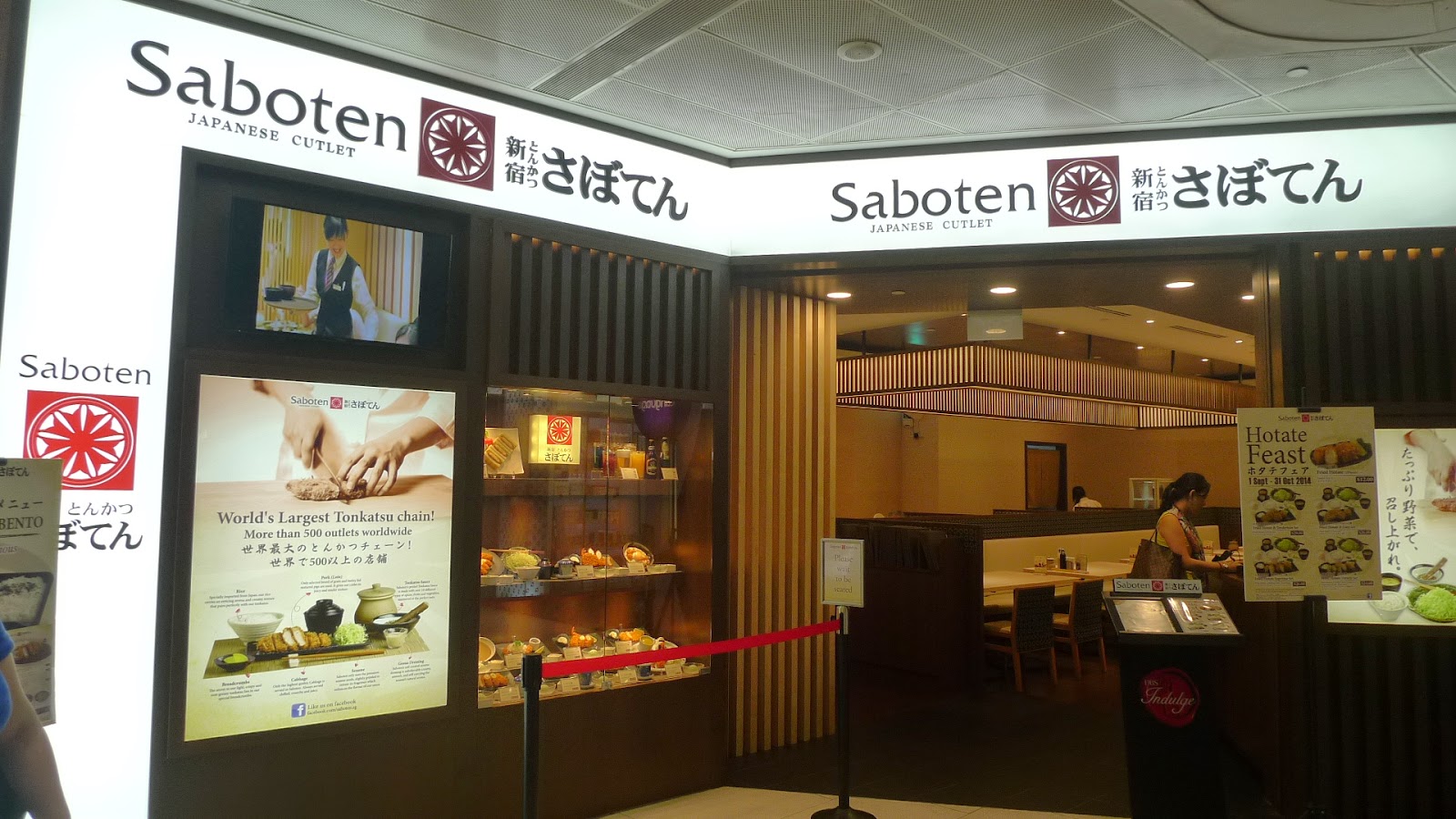 Chew On This: Saboten is the world's largest Tonkatsu restaurant chain with over 500 outlets worldwide!
Posted by The Hungry Cow at 5:09 pm