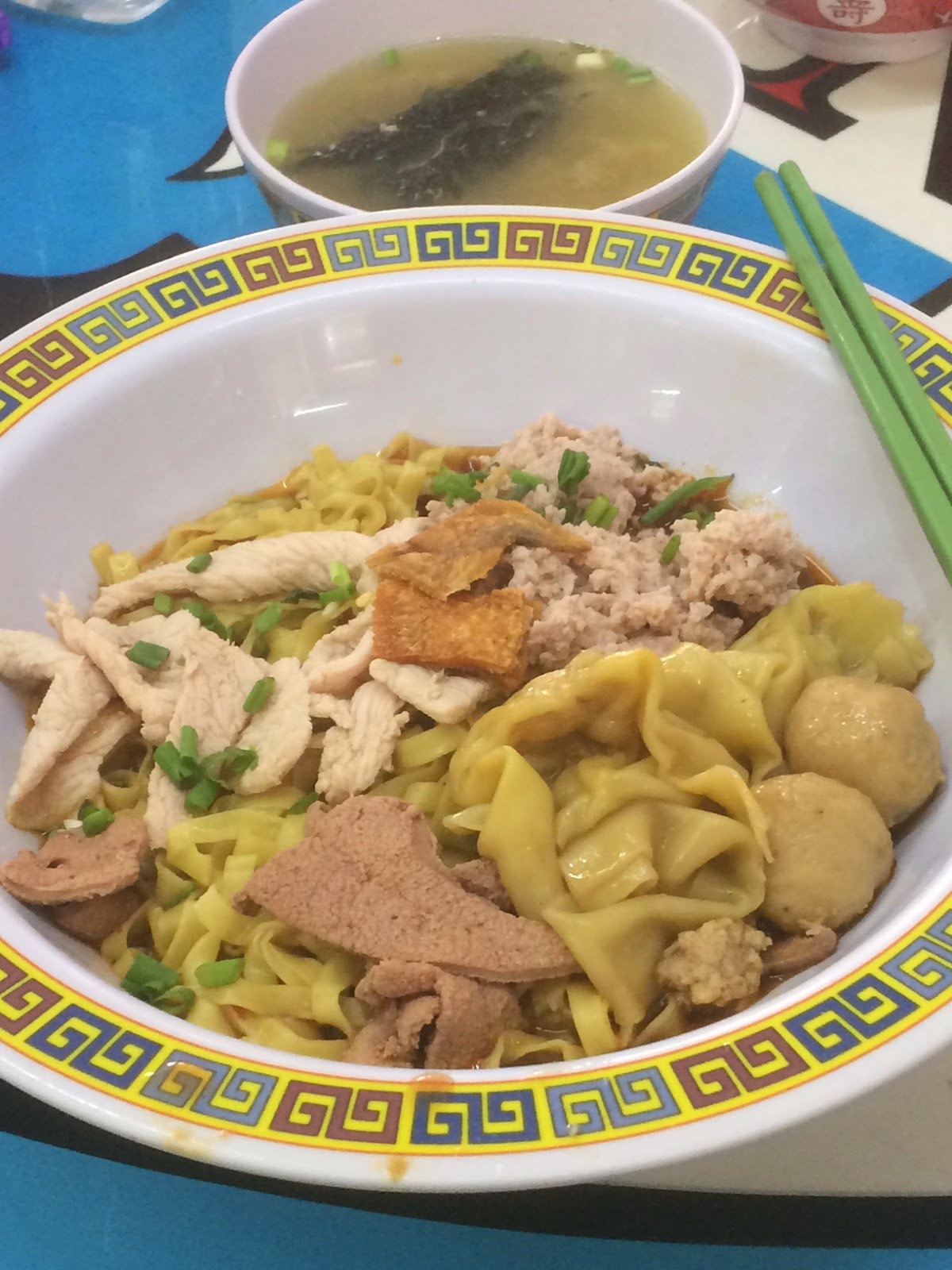 I've long heard of this stall but being one who prefers not to queue too mooch for his food, I've never ventured there....until ze boss suggested we head there for lunch one afternoon. Moohehe.

The Bak Chor Mee (from $5) was certainly not cheap for a kopitiam bowl of noodles but it was pretty good. And after devouring my $6 bowl with additional noodles which caught the jealous attention of many in the queue, I see perhaps why:
- the mee pok was soft and had an appeal akin to freshly made pasta
- very generous lashings of lard and crispy lardy bits made this super slurp-able
- the pork slices tasted fresh and were not dry
- the pork liver were minerally and slightly chewy
- the dumplings had velvety skins and a small, tight meaty filling
- 2-3 pieces of crispy fried ti poh (fried flatfish) added a savoury oomph
- the soup had rich flavours of not only pork but liver

My only gripe besides the queue, was that the saucy mix of chilli, black vinegar and fish sauce was not as punchy as I would have liked. Maybe my order of additional noodles threw their balance off. Moohaha.