Awesome Birthday Dinner at Bistro Du Vin with the Family! 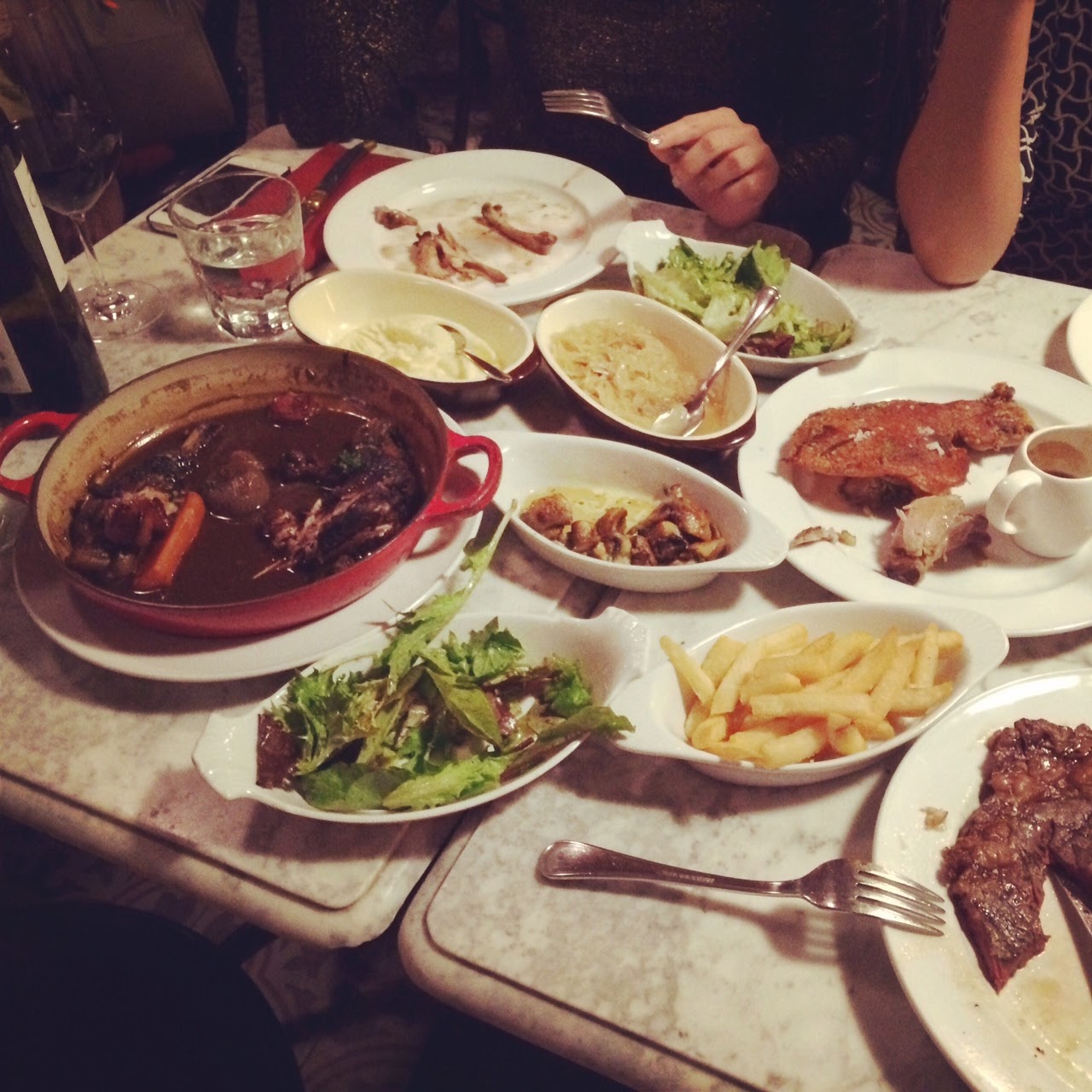 I had originally planned to have moo birthday dinner with my famooly at a certain popular steak frites place but as it was fully booked, it was time for plan B. And I'm glad it doesn't mean plan B is any less superior...for the experience was easily one of the best dinners I've had in a while. 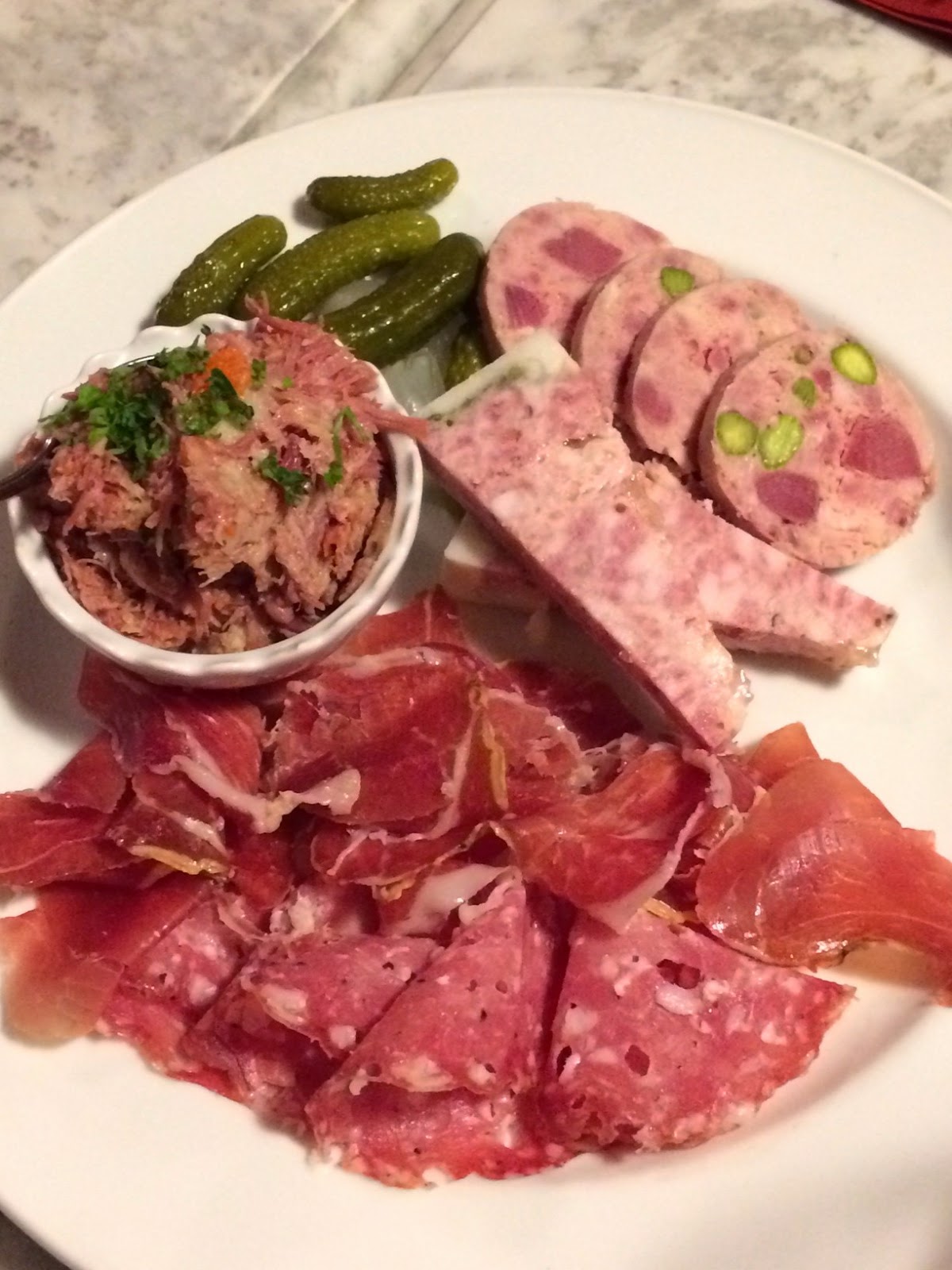 A perfect platter to share the fat love was the Charcuteries ($30)- a wonderful assortment of pork pate, duck pate, duck rillettes, Iberico ham and saucisson. The varying salty, meaty flavours punctuated with earthy, sometimes herby accents begot oohs and ahs at the table. In a perfect world, this plate together with some good crusty bread, butter and a bottle of red wine would make me one very happy cow.

But this is no perfect world, so we had some moore food. Moohaha. 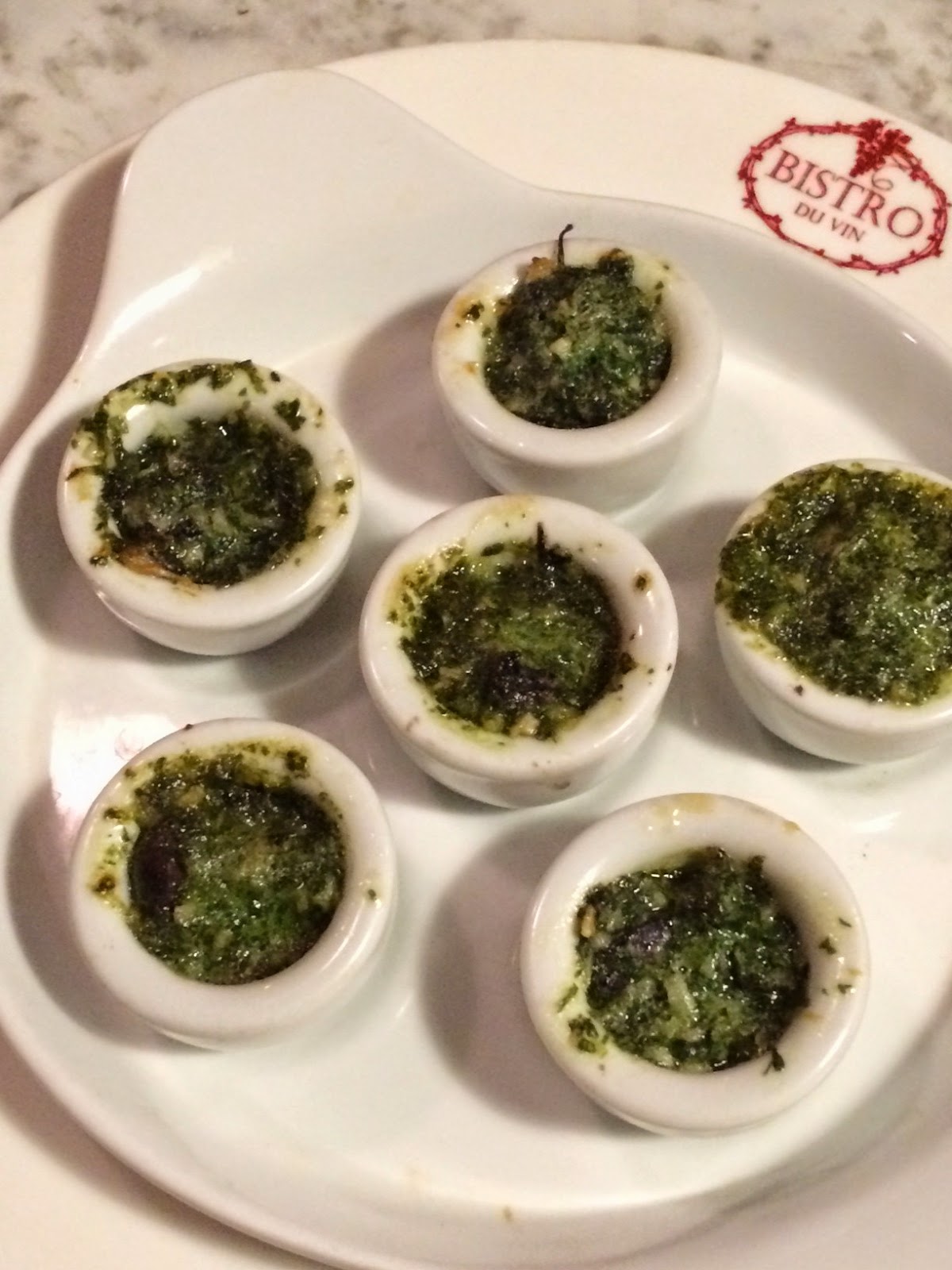 The Escargots ($15) were a classic featuring Burgundian snails cooked in butter and garlic. Easy to pop. Too easy. 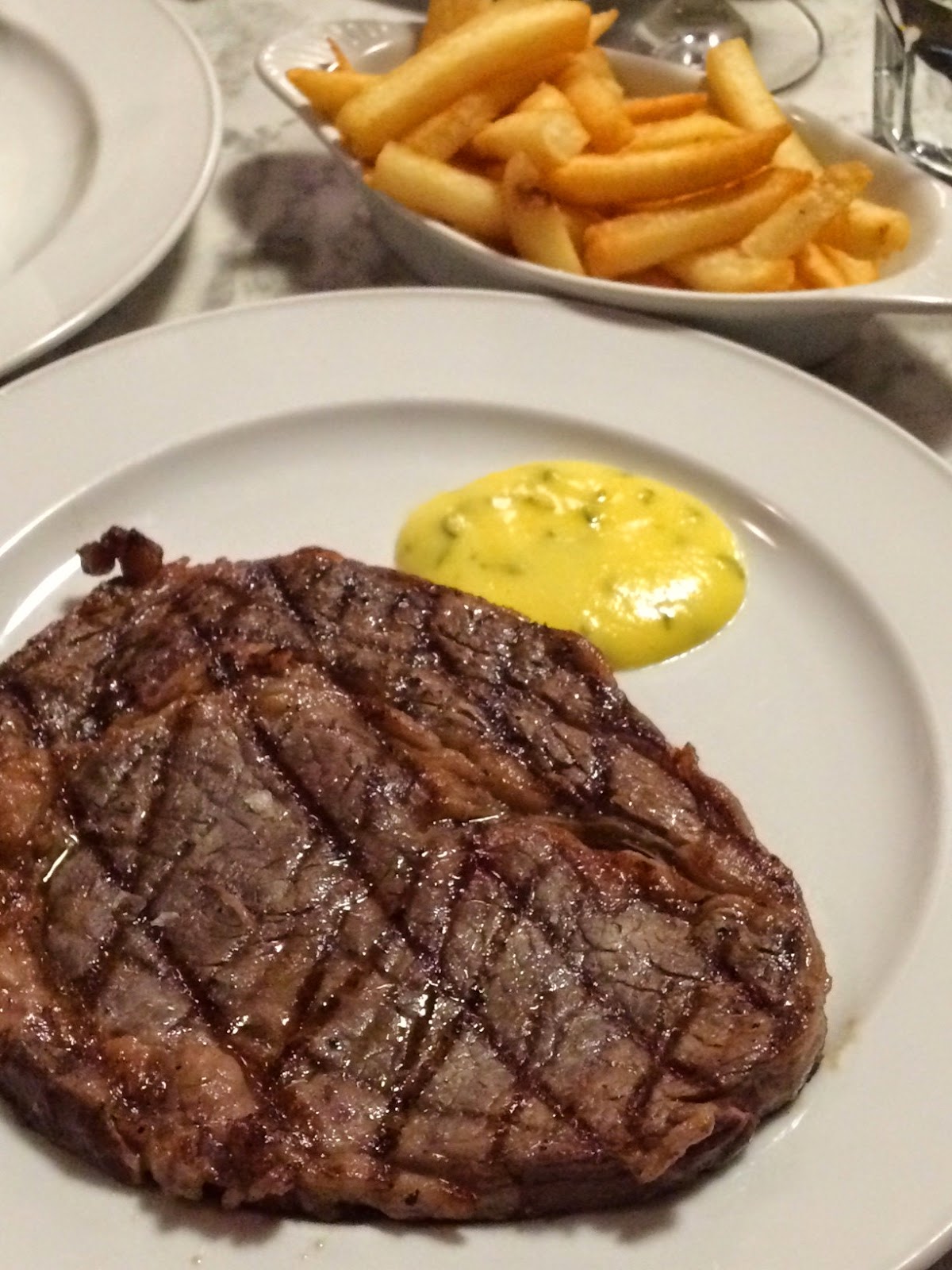 You knew I still had to have my steak right? Lol. Le Steak Frite ($42) was decent with the Australian grain-fed Angus ribeye, French fries and Béarnaise sauce. Good flavour though I wished for a thicker cut for a more satisfactory chew. 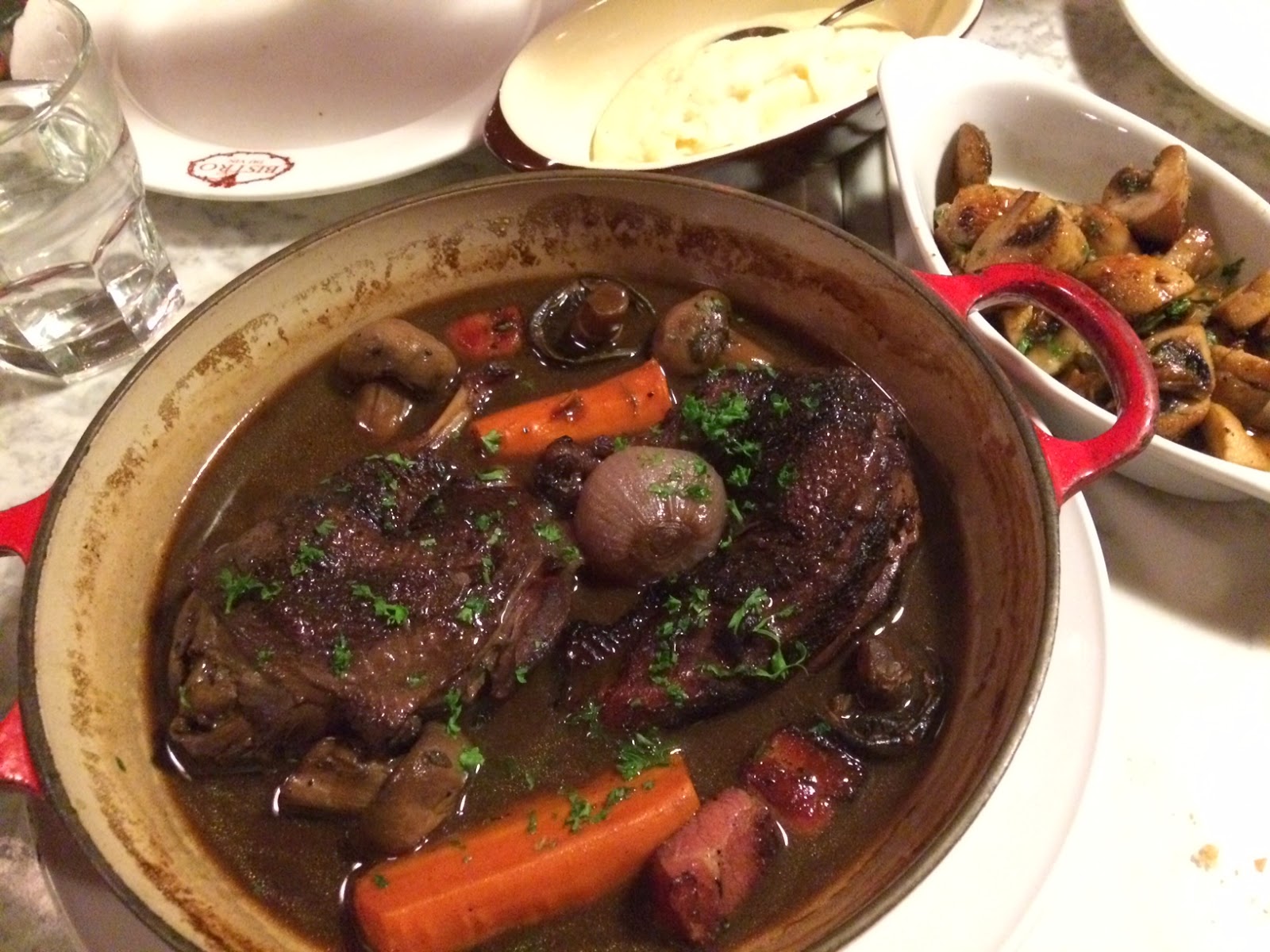 But as it turned out, it was the chicken that received a golden star that night. The Coq au Vin ($33) was outstanding! The combined heady flavours of the red wine, pearl onions, bacon chunks, carrots and mushrooms had permeated the pieces of chicken nicely. Sweet, rich yet balanced, the accompanying sauce was a tasty dipping pool for fries and spoonful of mashed potato. 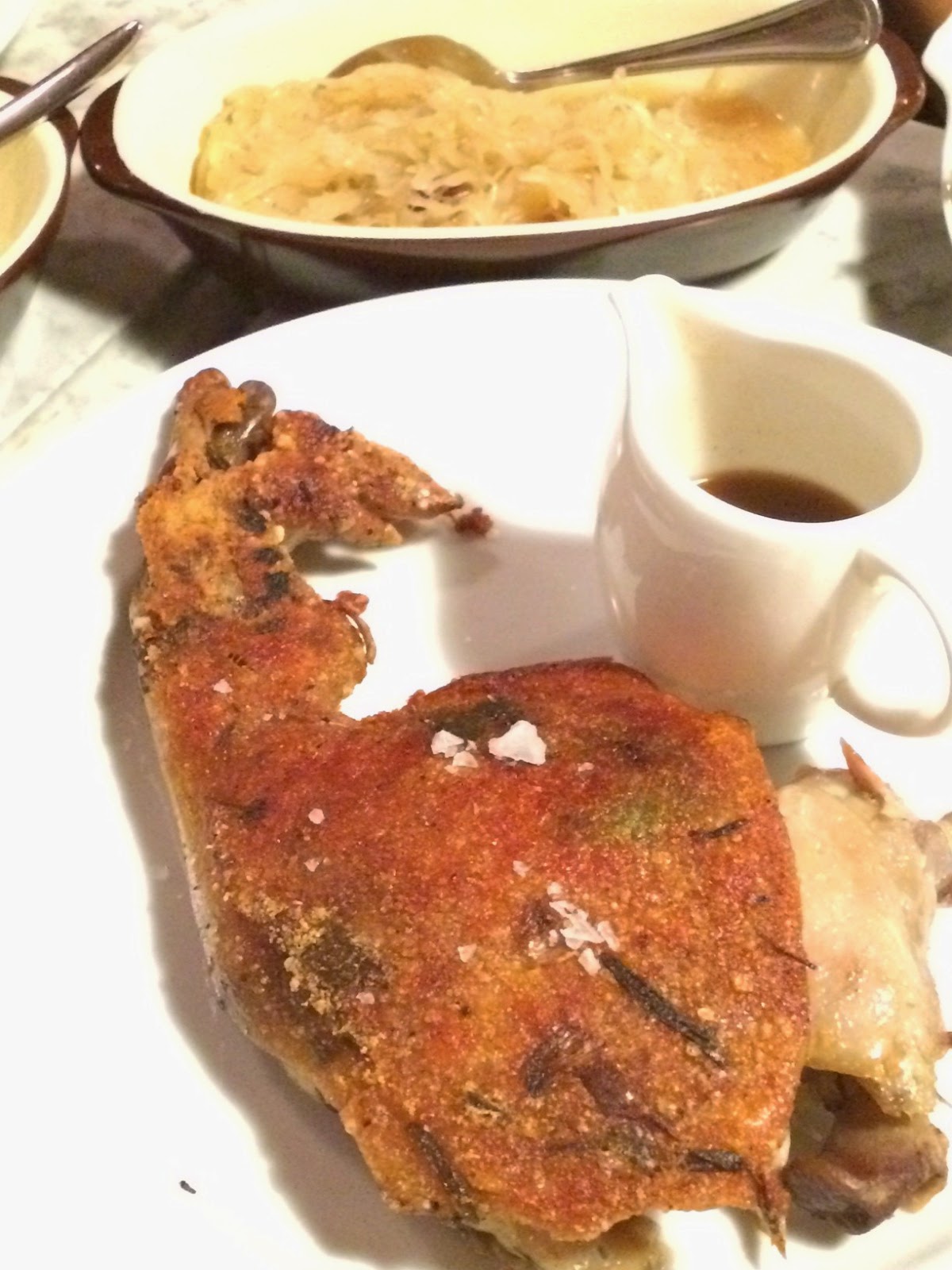 After the cow and chicken (hey sounds like cartoon superheroes!), the ball was in the pig's court. Cochon de Lait Confit ($42 for leg) was a leg of suckling pig with beautifully crisp and tasty skin, let down by a rather mushy texture of the meat. 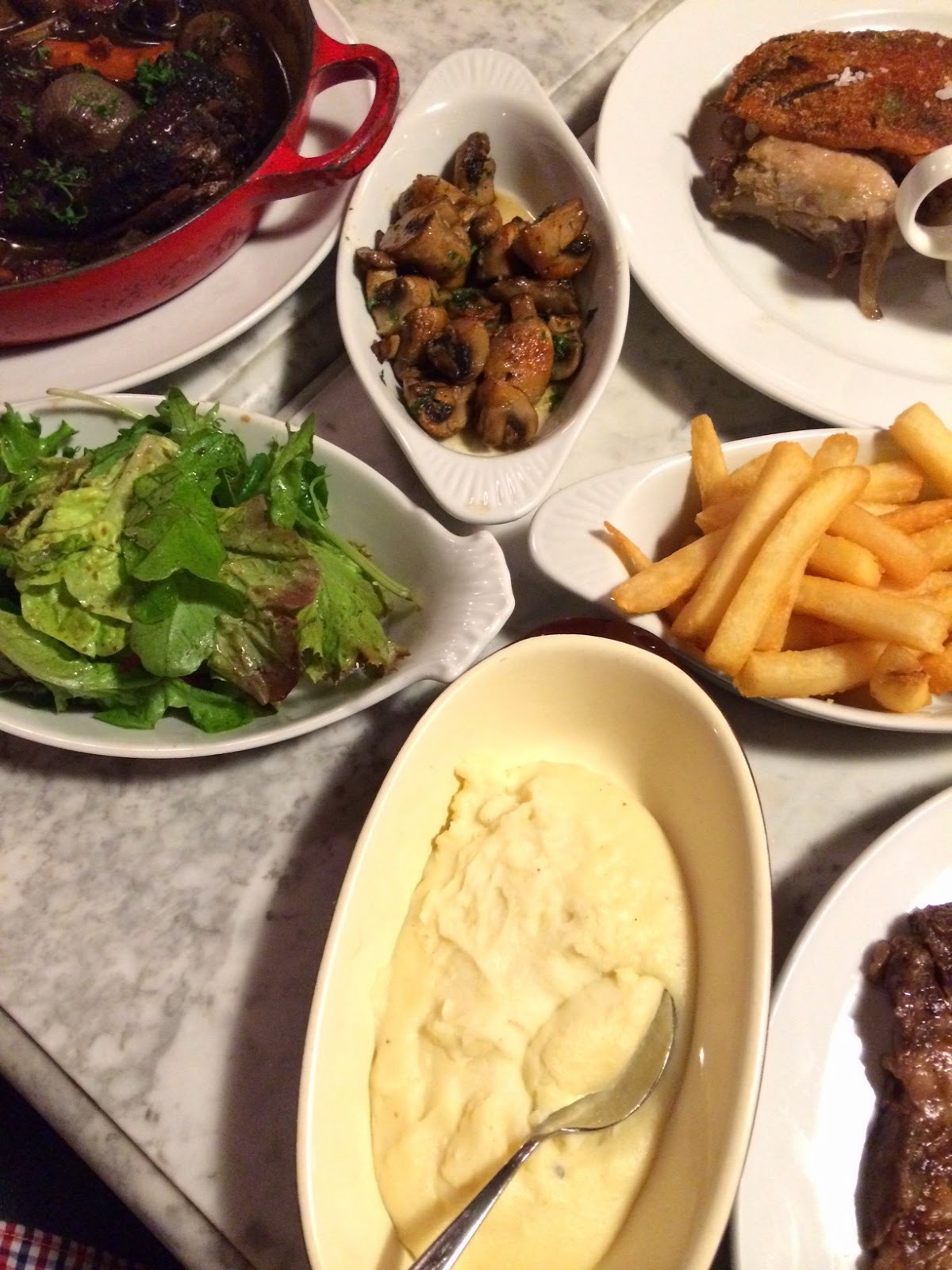 Sides that accompanied the mains include Mixed Green Salad (simply done), French Fries (not bad), Sauteed Mushrooms (Delish!!) and Mashed Potato (alright). These can be ordered ala carte too.

Then it was time for sweets. 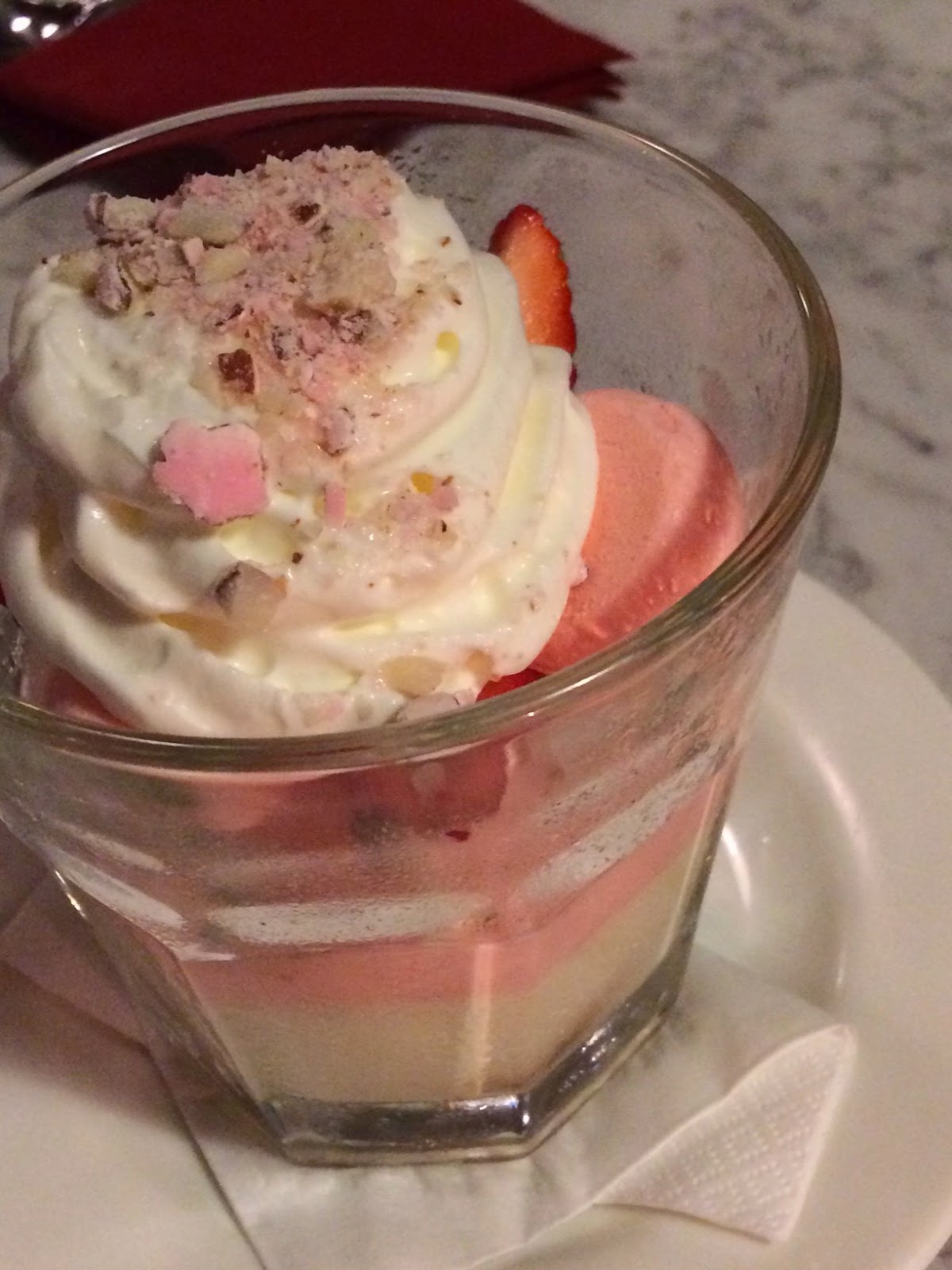 The Pink Tiramisu, a special listed on the menu board, looked and sounded moore intriguing than it actually tasted. I think I know someone who would like this dessert on first sight! Moohaha. 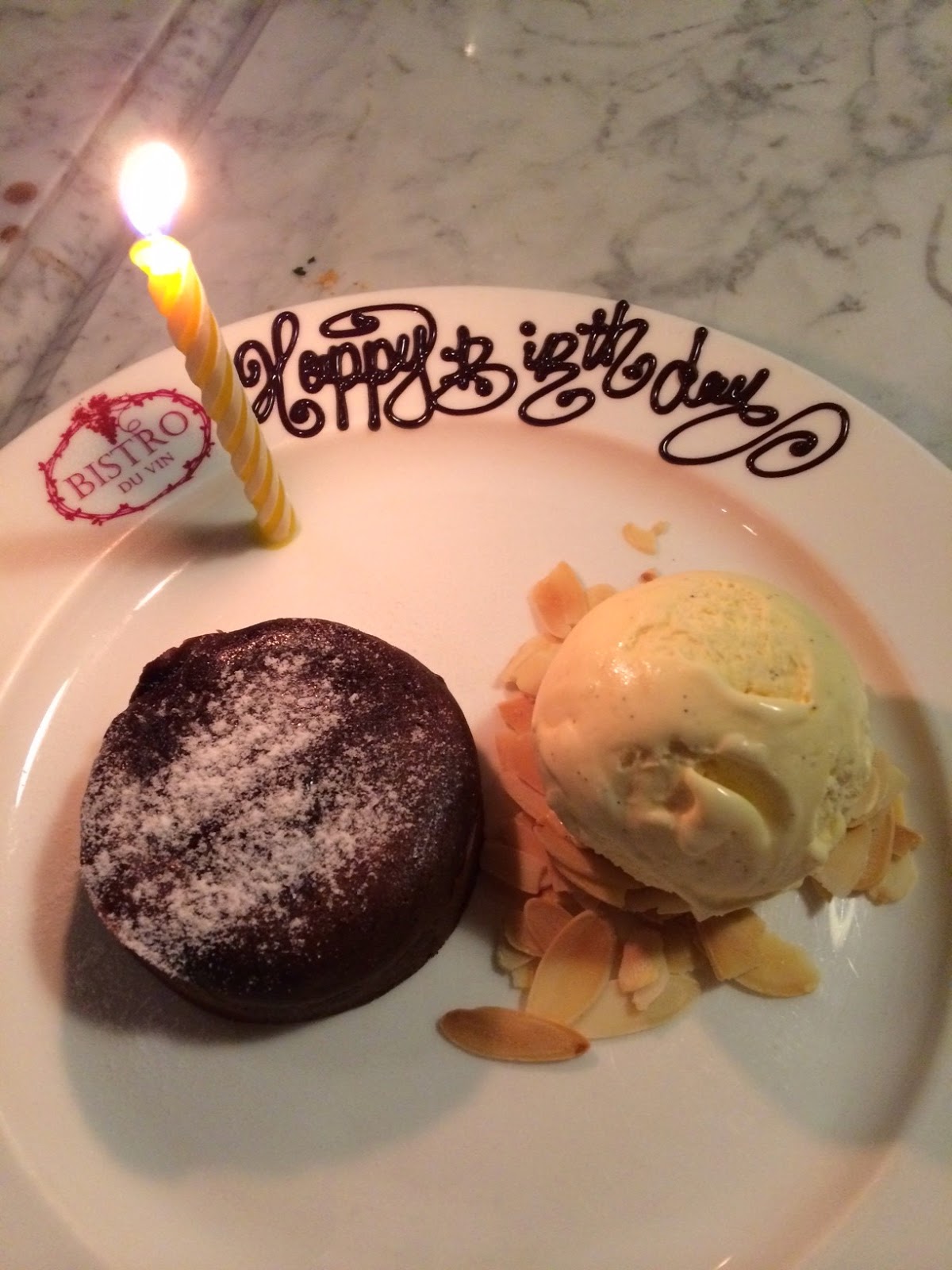 And viola, the ceremonial birthday cake (which the bistro thoughtfully provided) in the form of Chocolate Fondant with Vanilla Ice Cream ($10) to end the meal and mark the passing of yet another year of blessings which I am thankful for. 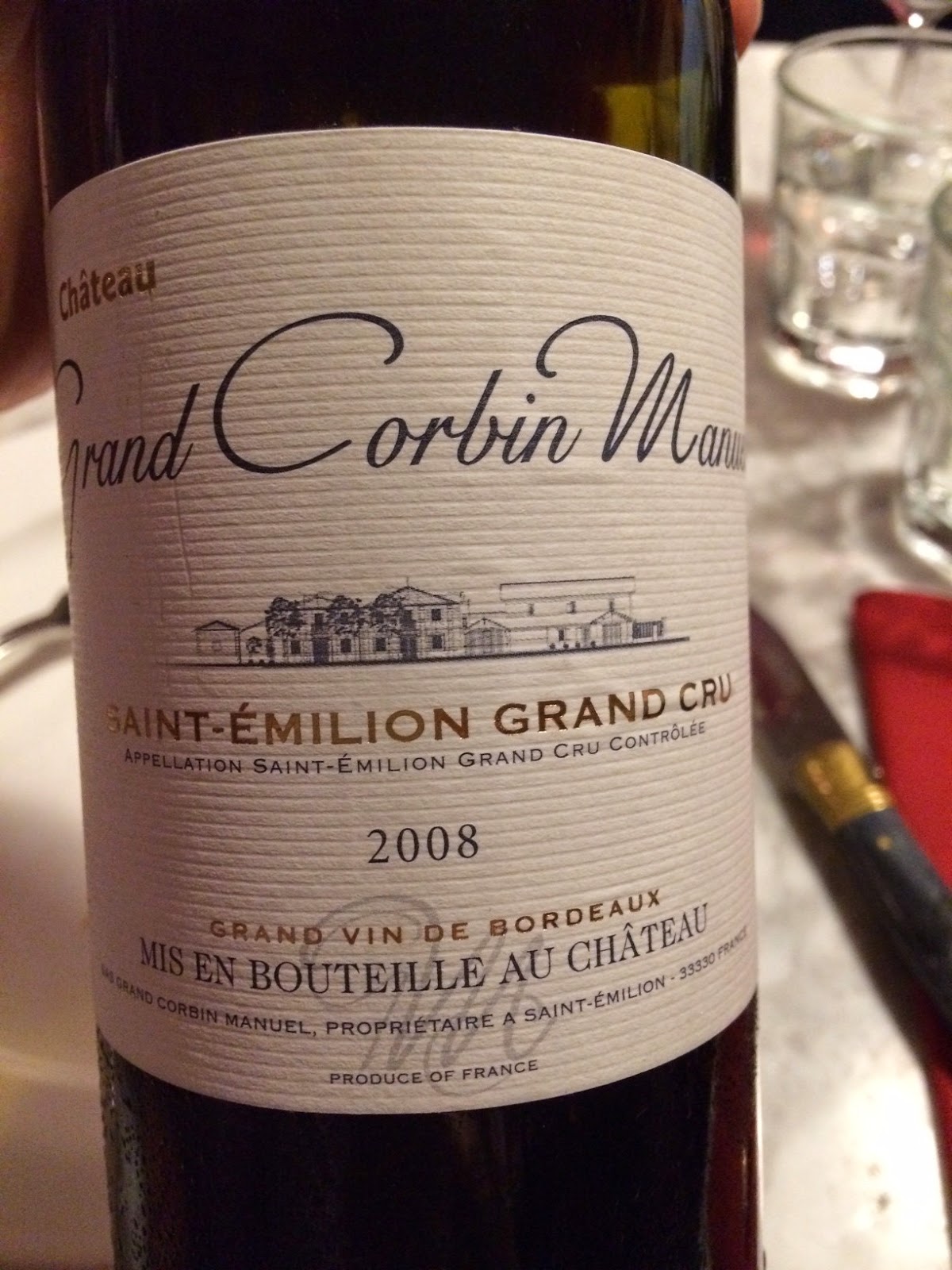 We shared a bottle of Chateau Grand Corbin Manuel, St Emillion Grand Cru 2008 ($80) that night. This was quite elegant and balanced with aromas of dark berries and plums. A little meat meaty too? Or was that the lingering aftertaste of fab Charcuterie. 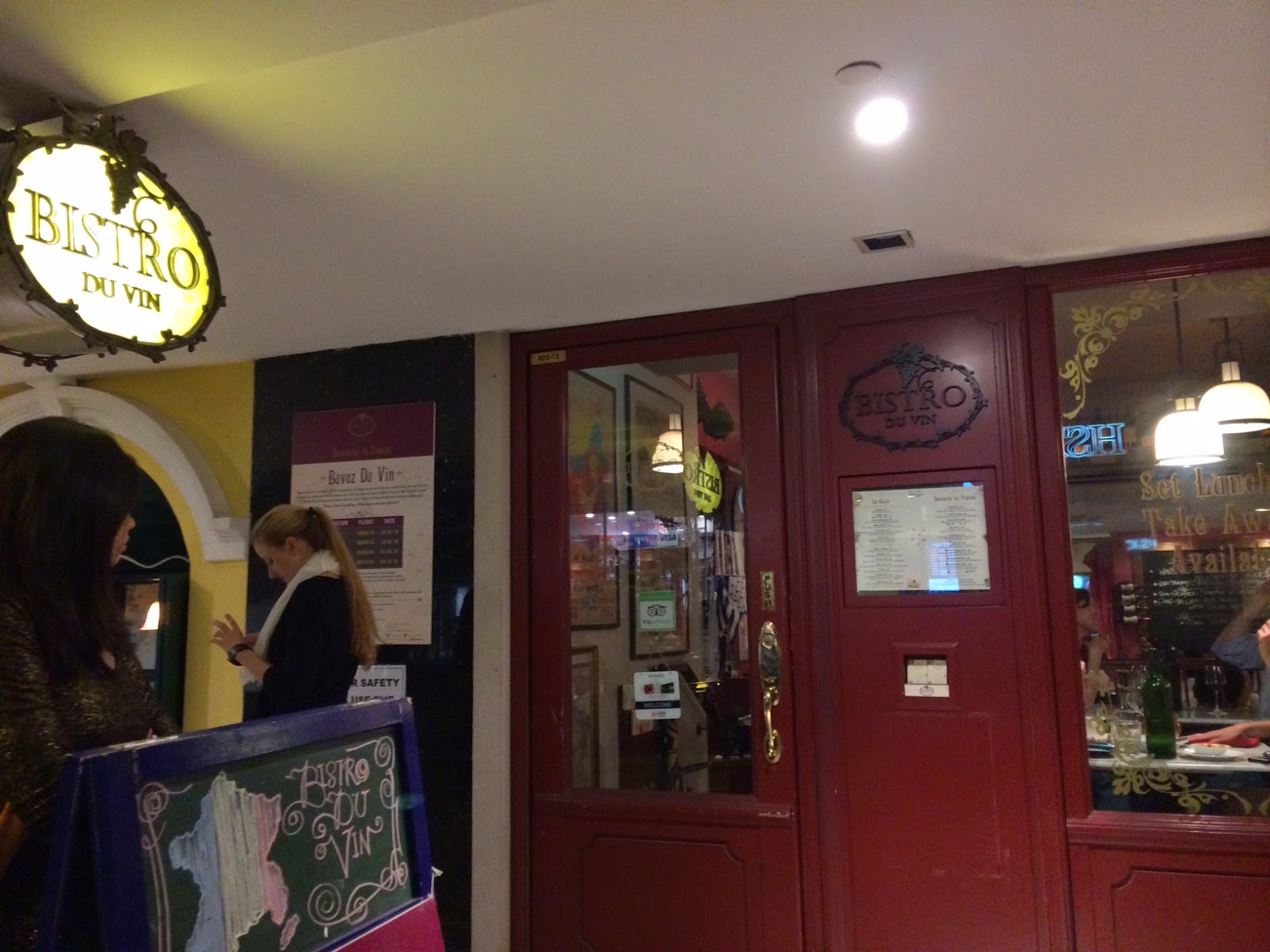 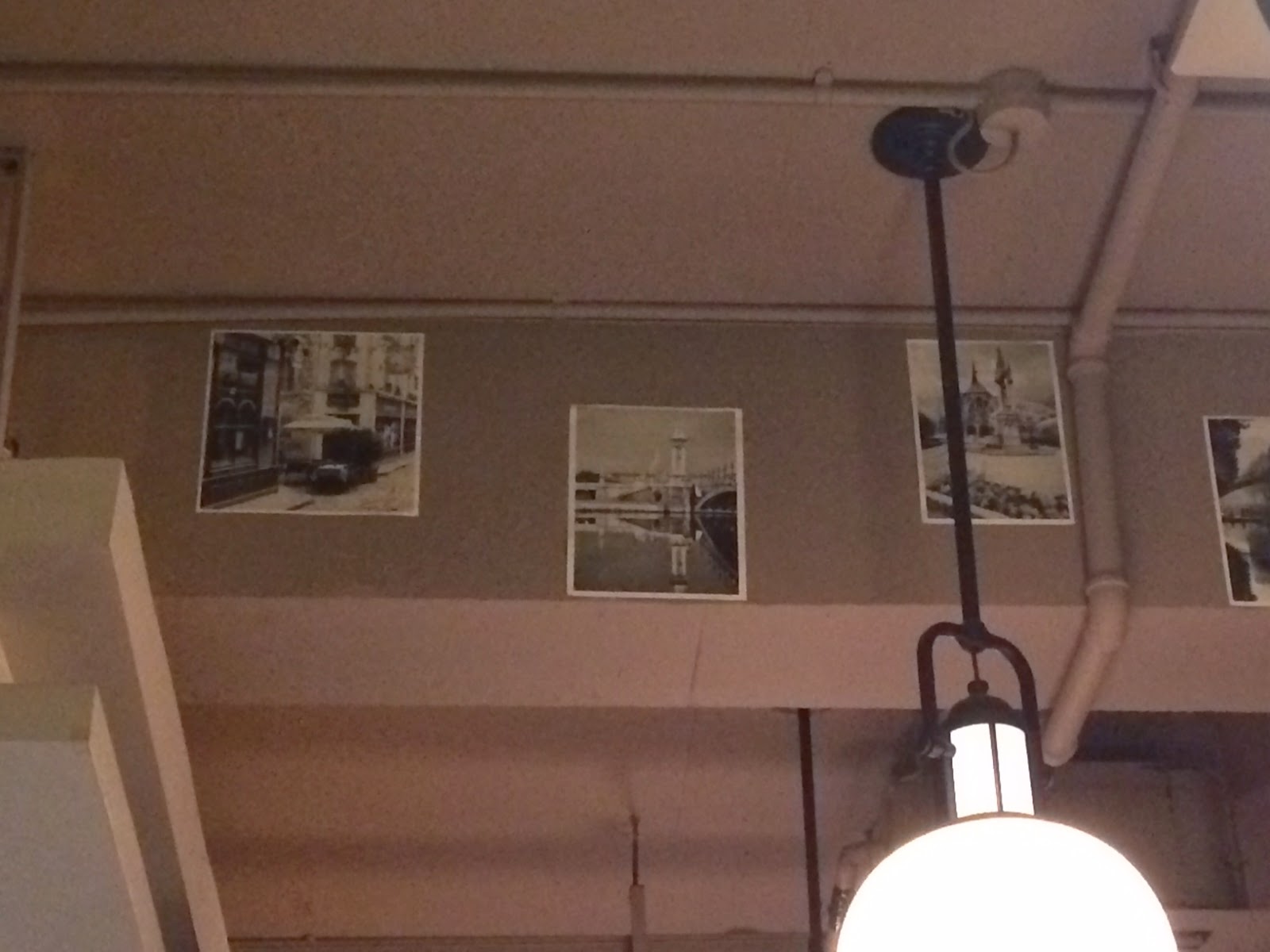 These black and white photos near the ceiling brought flashbacks of my bestie Ryan who did elective module 205 Black & White Photography in NTU with me. Moobe I should post those photos to relive the fun memoories of many late nights spent in the dark room developing photos. Hmm...
Posted by The Hungry Cow at 11:06 pm