Beef Noodles with a Savoury Punch

Each time I go to a hawker centre or kopitiam, I usually lament the lack of a beef noodles stall. Cai fan, chicken rice, char kway teow, prata, bak chor mee etc are commonly found but beef noodles seem to be less popular and perhaps moore of a niche?

So image my delight when I saw a small banner at a Bedok kopitiam advertising the opening of a new beef noodles stall a few months ago. Better still, it was quite near home too! Moohehe. 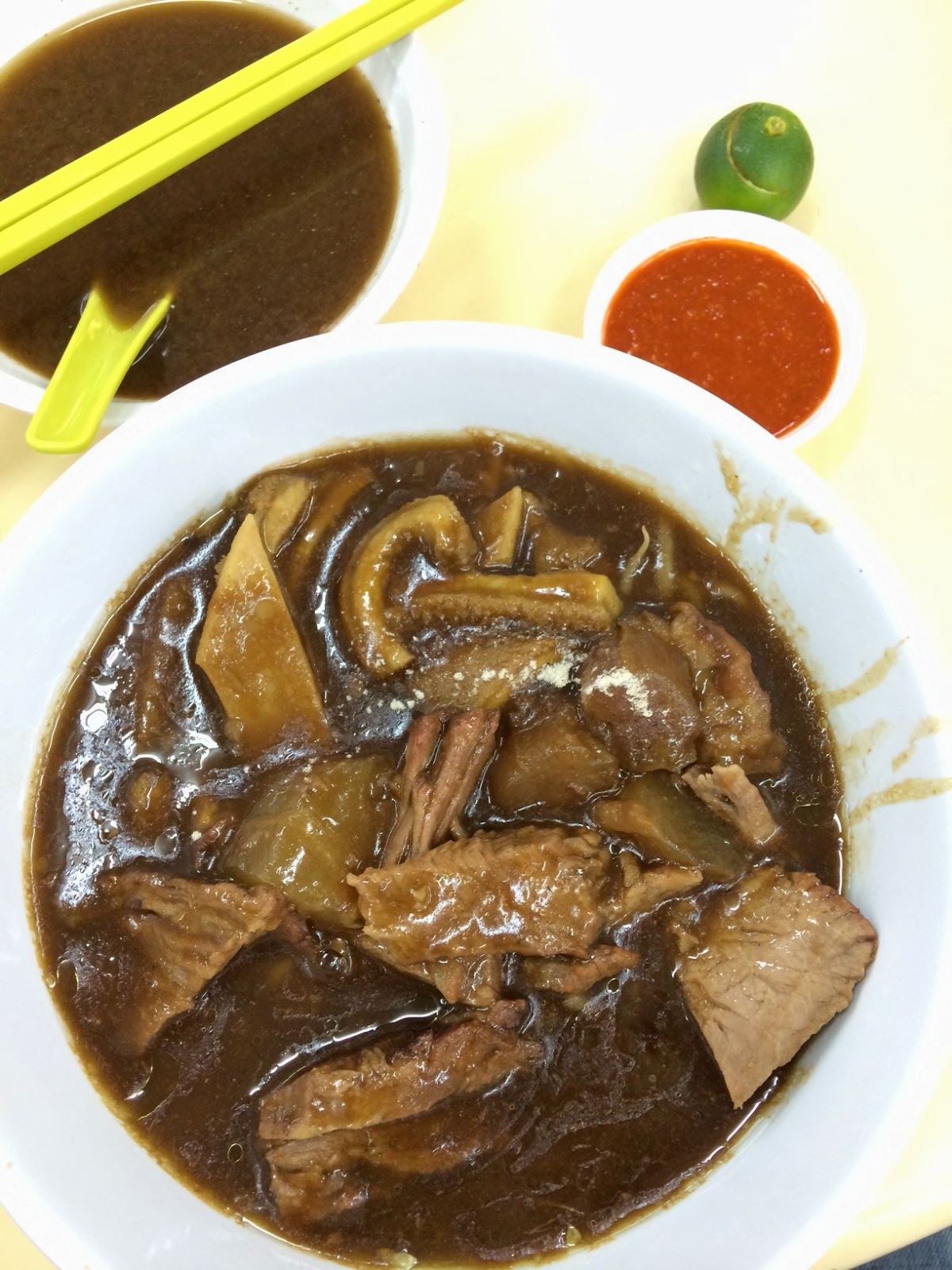 Apparently a branch of the Chinatown Beef King, this stall has been luring me to its bowl of Dry Beef Noodles ($4) almoost on a weekly basis. While I didn't enjoy the sliced beef (cooked on the spot) option, the "mixed" option was irresistible! Featuring gummy pieces of tendon, meaty slices of braised brisket and tender slivers of ox tripe in a dark gooey sauce that packed savouriness (beefy, just a tad herbal, and quite umami (oyster sauce comes to mind), it was D-licious. A squeeze of lime added acidity to cut through the richness while the chilli sauce imparted a nice spicy kick.

This and a bowl of Black Beans and Pork Ribs Soup from the neighbouring soup stall in the same kopitiam make up my favourite meal in Bedok. 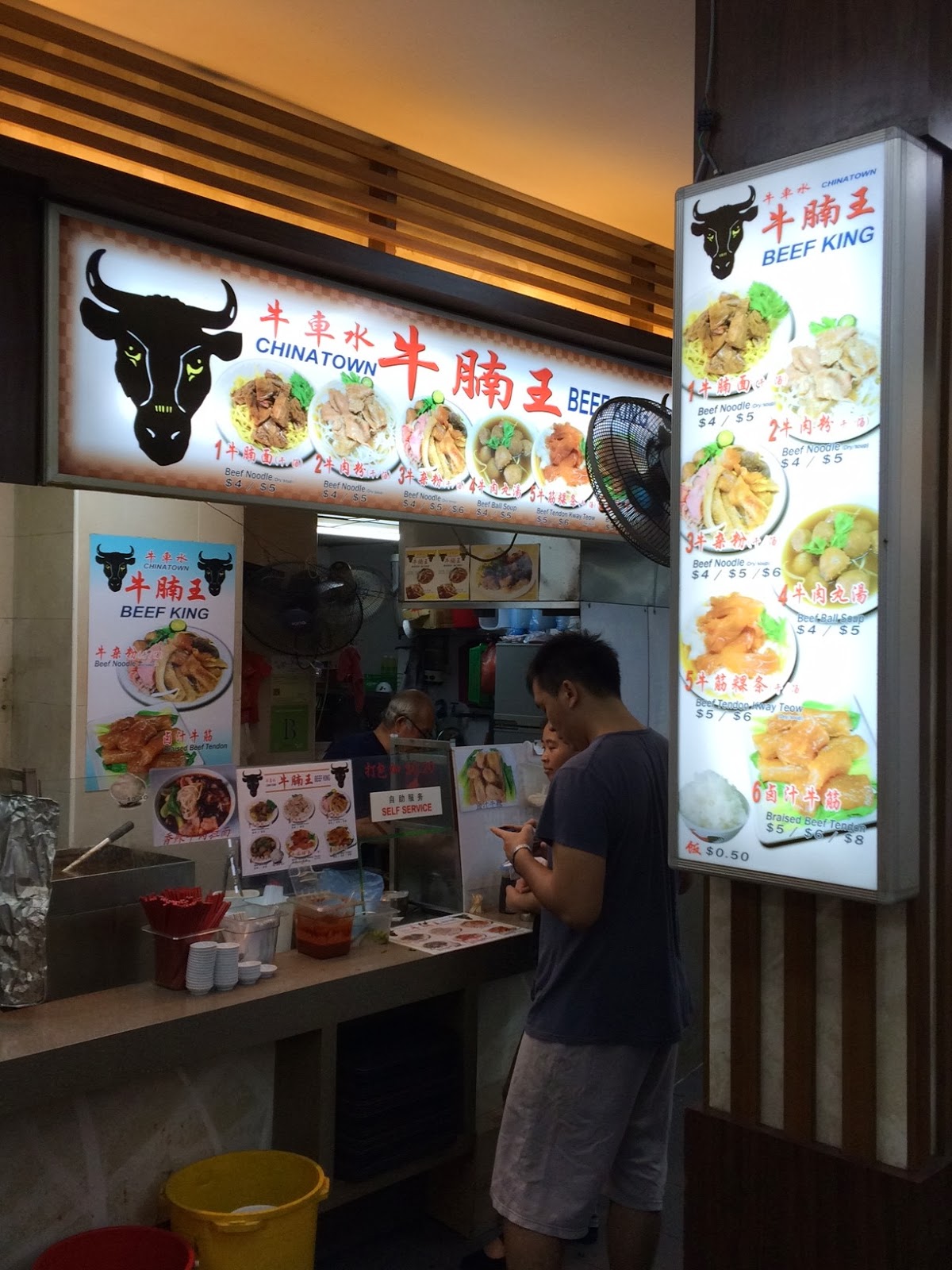 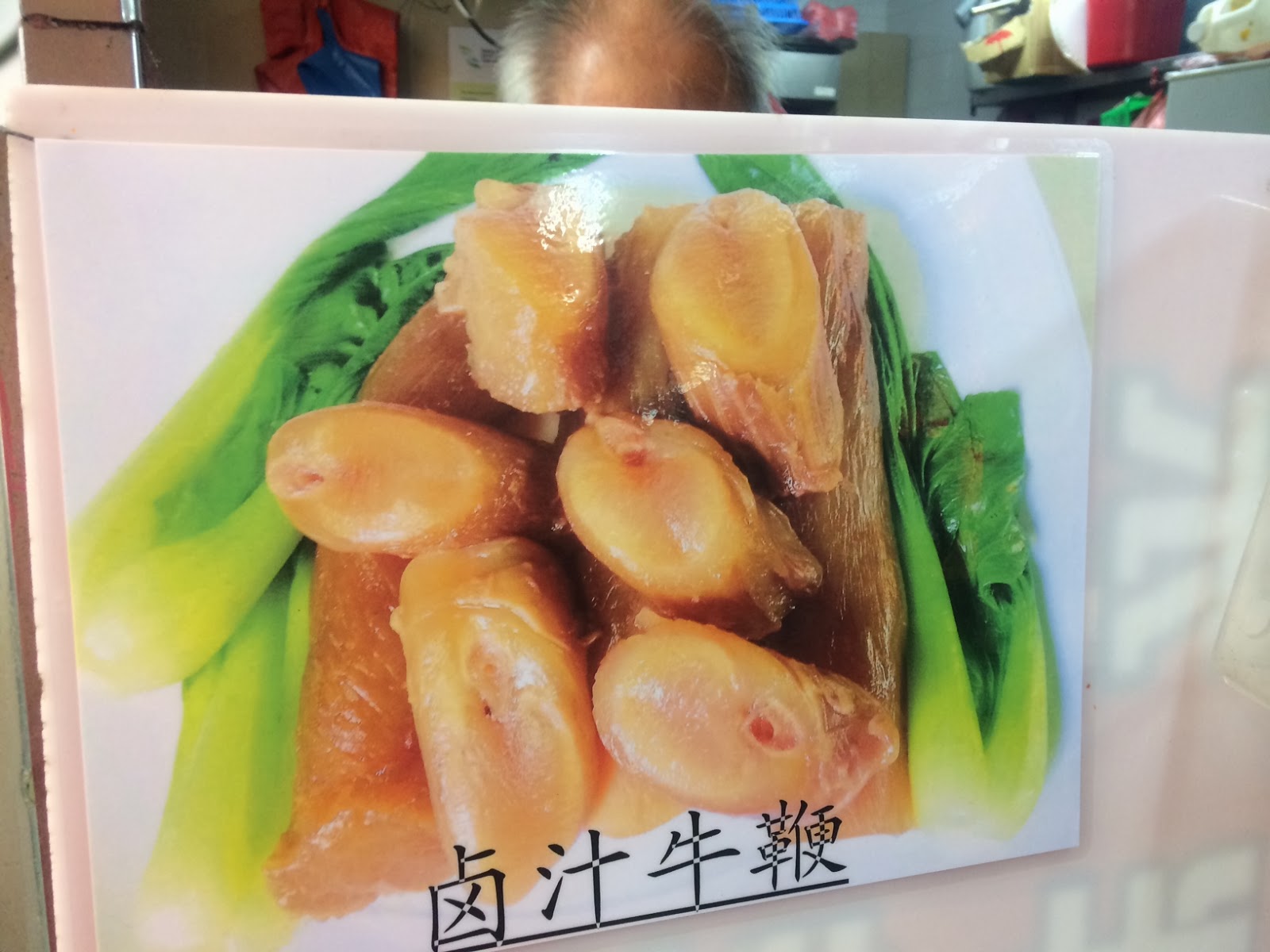 It's good to be focused. But I got distracted by a kway chap stall that looked promising- nondescript, looks like it has been there for quite a while and no fancy big stickers from celebrity TV food shows.

So I followed my stomooch and ordered kway chap. 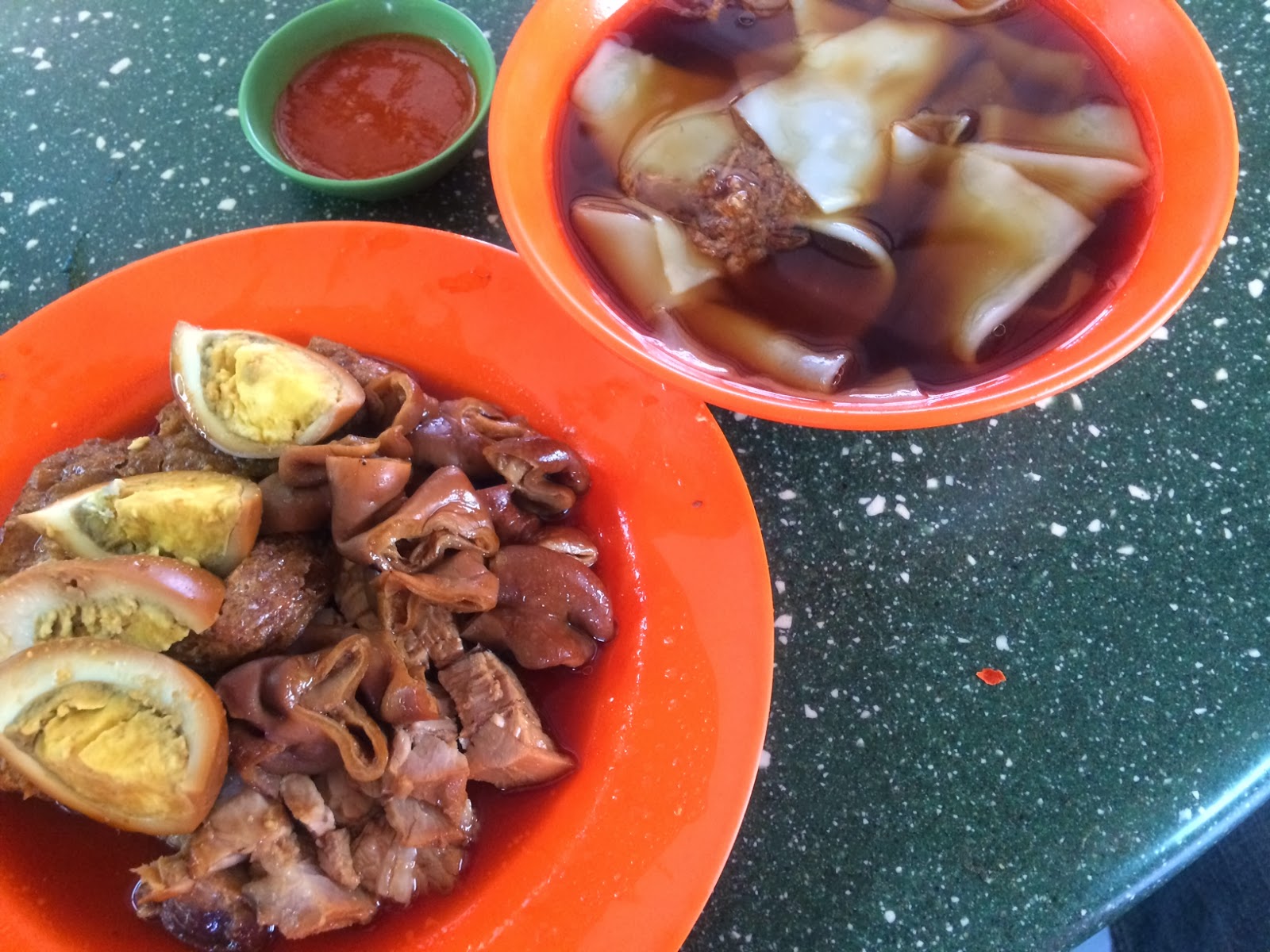 The Kway Chap ($3.90) turned out to be very good. The intestines were braised until tender. Strips of pork belly were capped with nice chewy skin. The bowl of kway matched up too. Silky sheets glided down smoothly and provided simple pleasure with a rather cheng broth.

The kway was so good, I grabbed another bowl with gluttony glee.

Then it was back on track to what I was actually en route there for- beef noodles. Yes, I was pretty focused despite the slight (yummy) distraction. Moohehe. 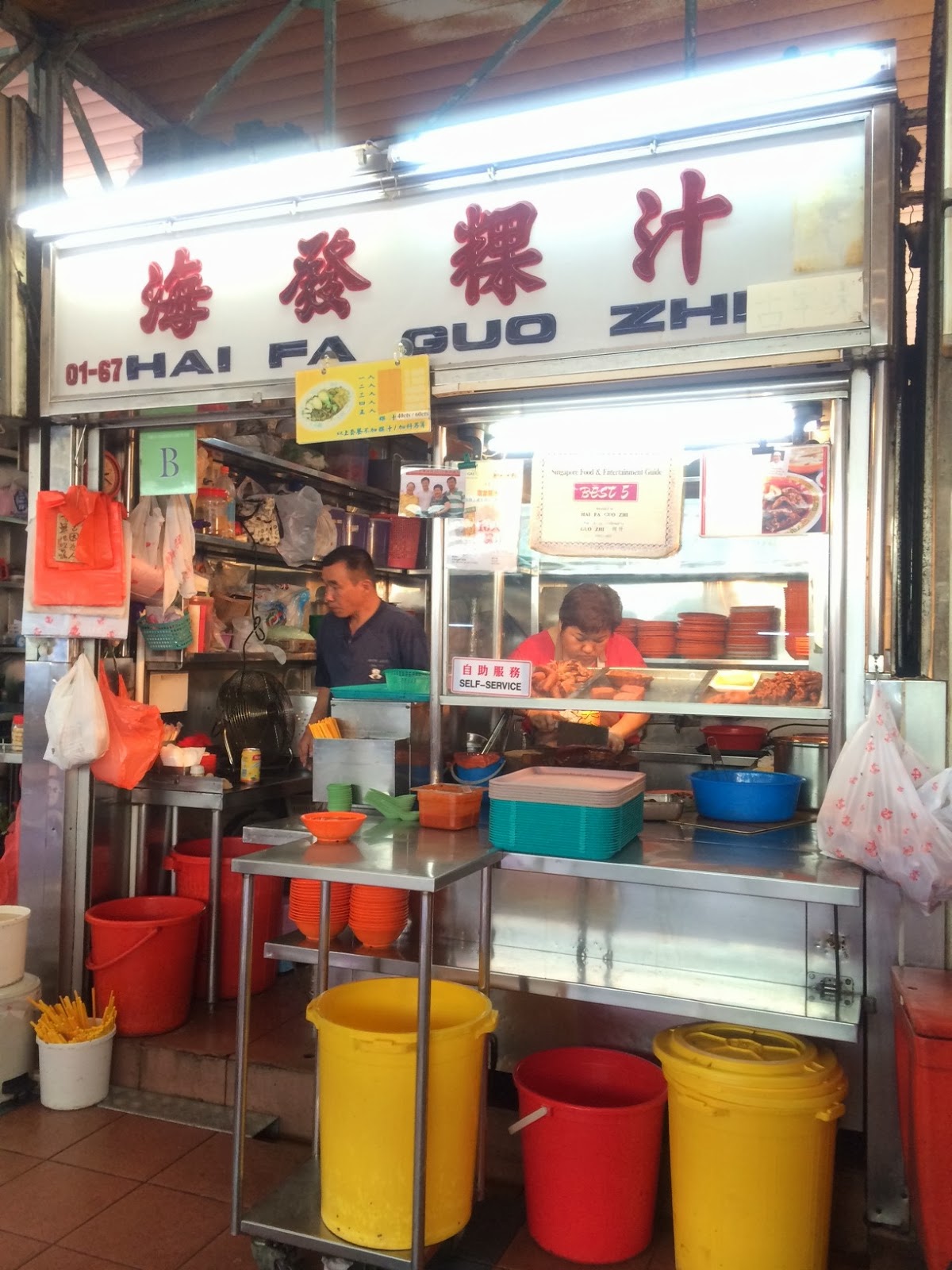 Chew On This: The auntie at the stall said if moore people patronise her stall in the evenings, she will open for dinner! C'mon people!
Posted by The Hungry Cow at 10:15 am 2 comments:

Who Mooved My Kway Teow? 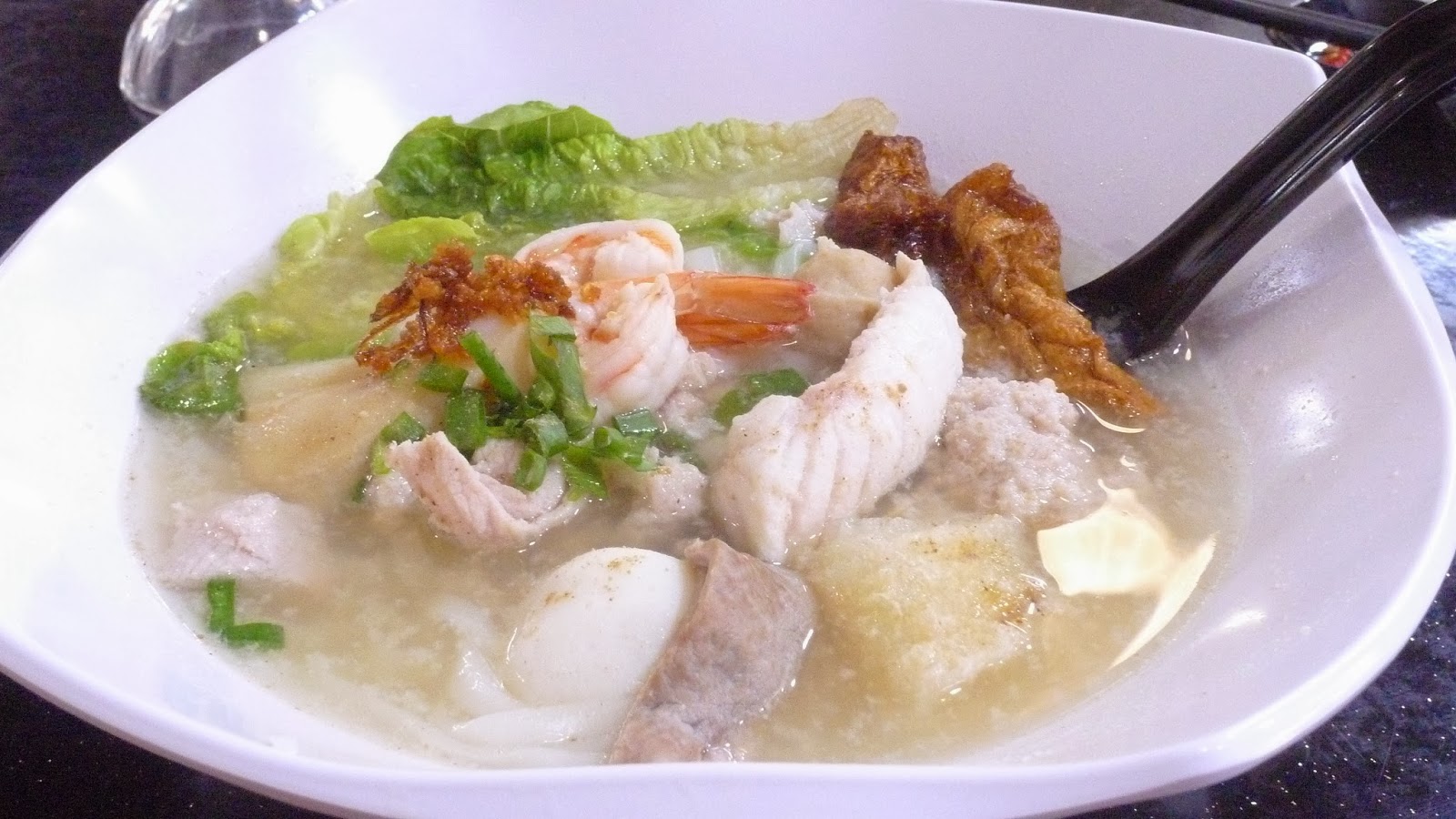 Ok, there was actually kway teow in this bowl of Superior Ipoh Hor Fun Soup ($8.80) but the ingredients were brimming and loaded until the kway teow was lost. Moohehe.

Not cheap but this is definitely for those who like a lot of "liao" in their bowl of noodles. Fish ball, fish maw, pork slices, intestines, prawns, red grouper slices, minced pork balls, and a slice of abalone.

Soup and kway teow were ok but the draw here are the plentiful ingredients which tasted fresh.

Now to up size the kway teow portion for a more substantial supper. :p

Chew On This: This eatery opens until 1am (2am on Saturdays, Sundays and eve of public holidays) so if hunger pangs strike at night and you want a lot of "liao", you know where to go.
Posted by The Hungry Cow at 9:12 am No comments:

Festive Delights for the Lunar New Year at Xin Cuisine

It seems like turning into some sort of tradition. For the 4th consecutive year, I was at Xin Cuisine to sample their CNY dishes. And it's by no means a bad thing to return here as the food has been consistently good. 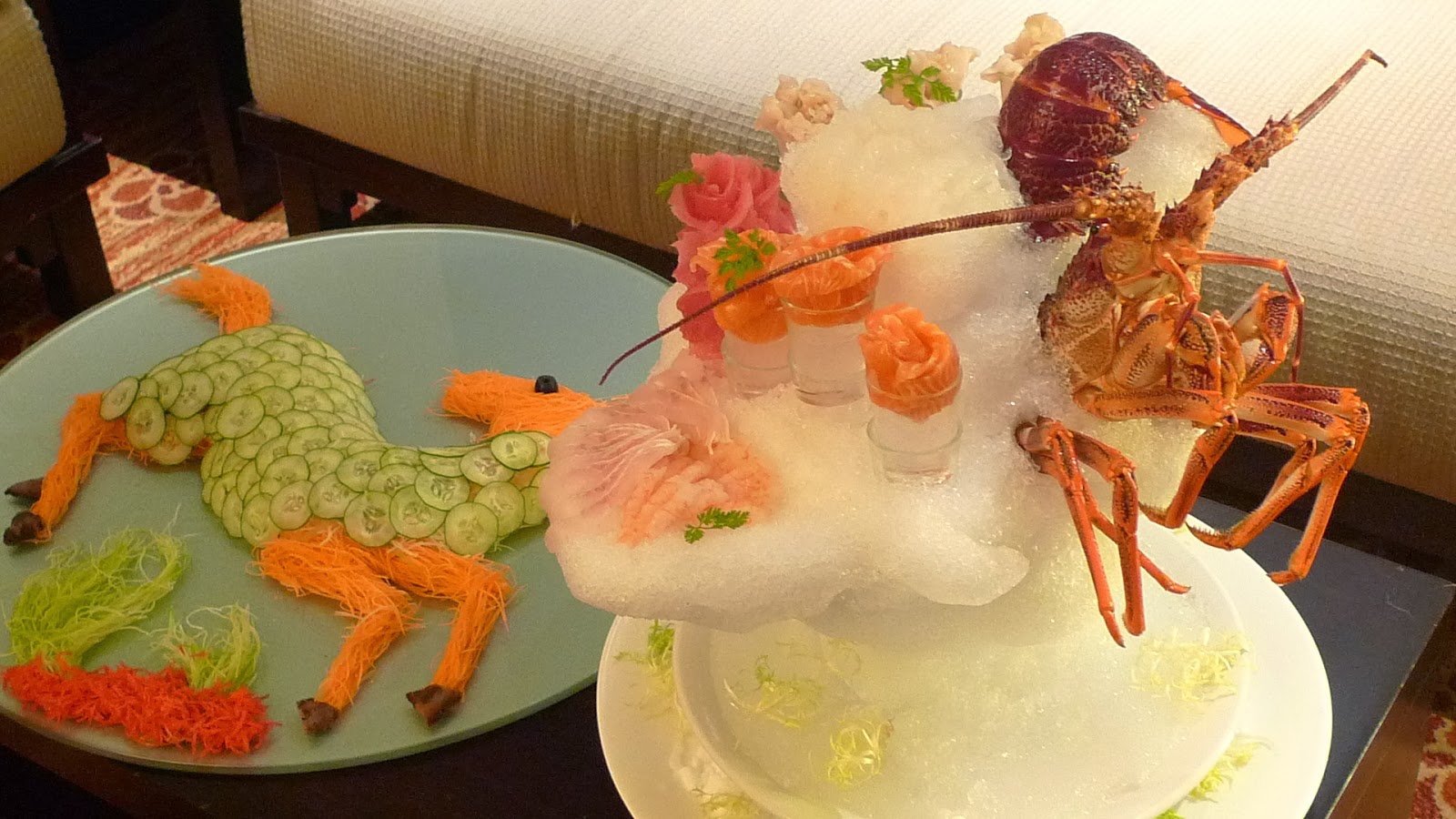 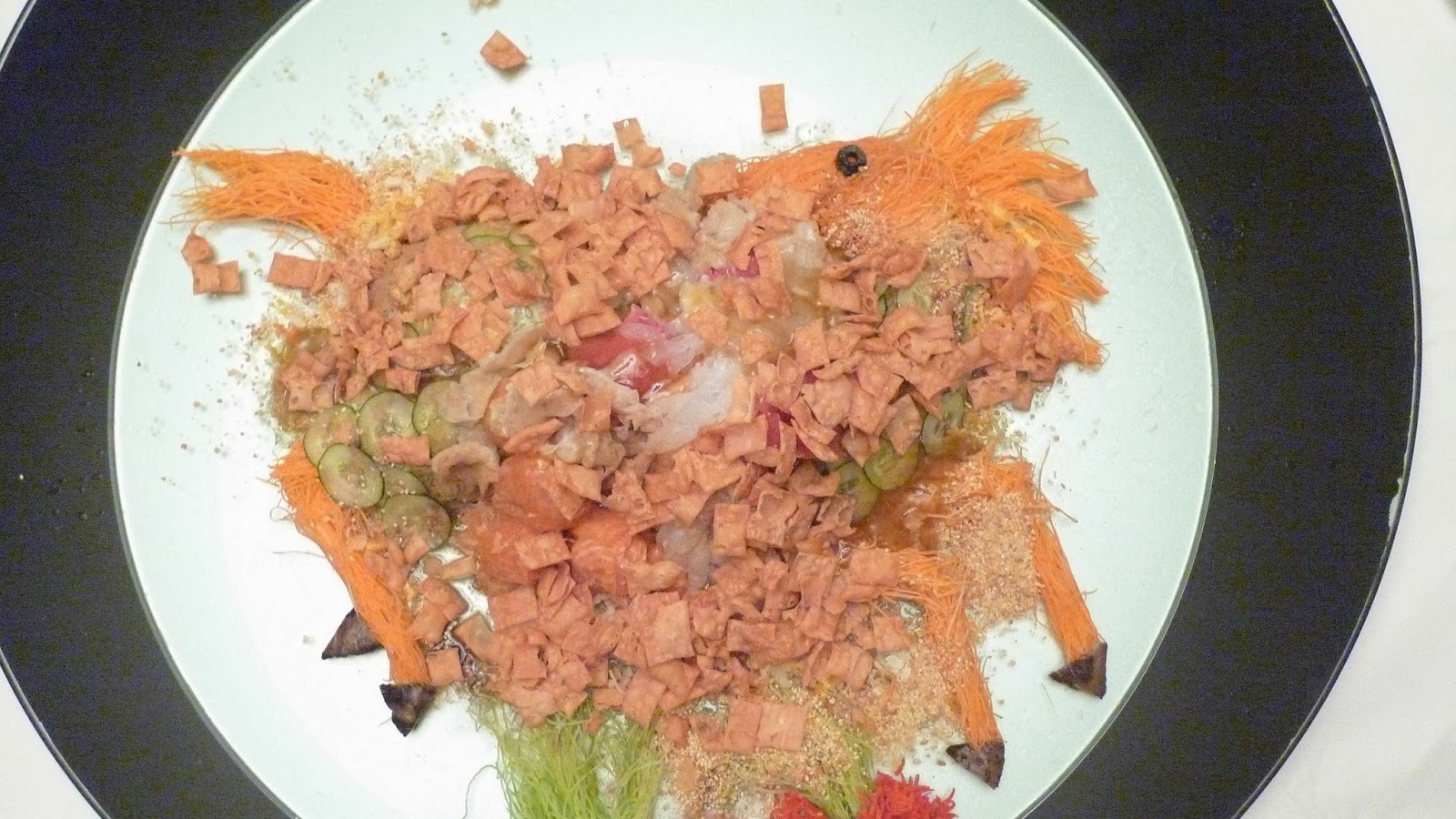 That's one happy horse, no? :p Tossed for prosperity, this yusheng was well balanced in flavour. I had thirds! 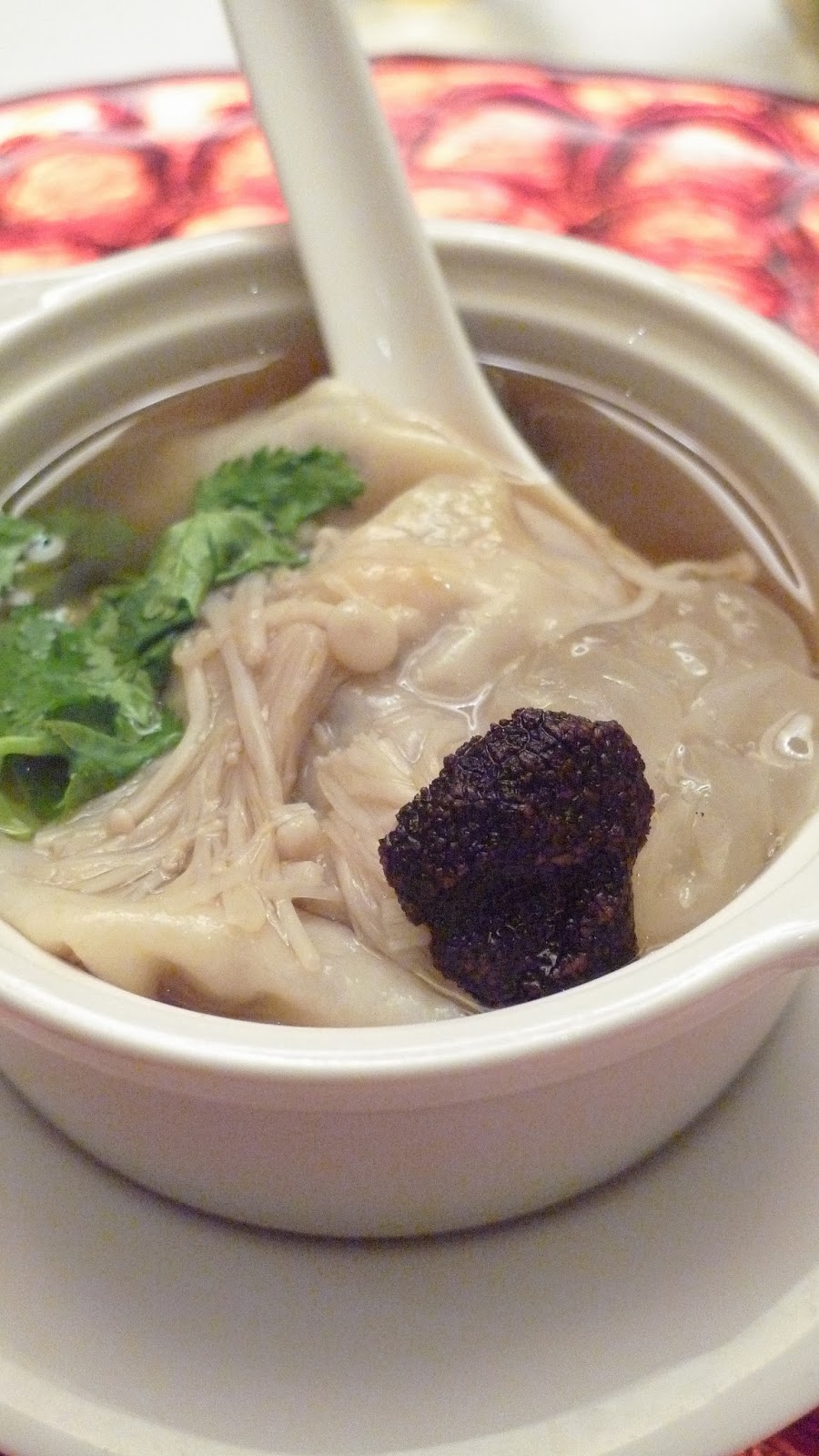 I love soups so the Double-boiled Dumpling Soup with Seafood & Truffle ($10/person) easily pleased my palate with its rich, clean flavours accented with a whiff of truffle. Tear open the dumpling to dig into dried scallops, mushrooms and pork. 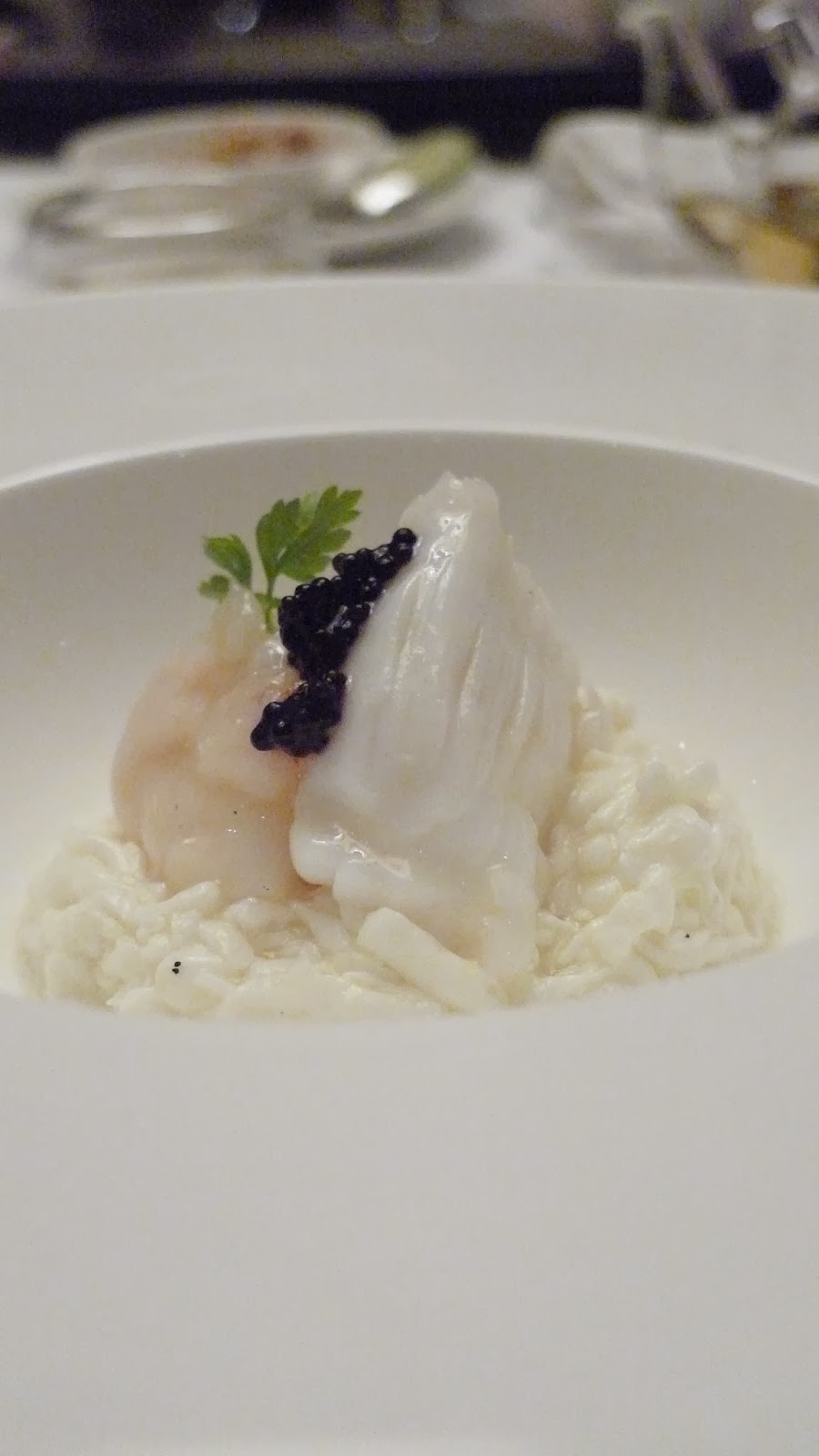 Feasting need not necessarily be a heavy affair with dishes like the Lobster & Fish Roe with Scrambled Egg (from $48 for small). Meaty chunks of lobster nestled in a comforting fluffy bed of egg whites. Alas, my lobster was a tad overcooked. 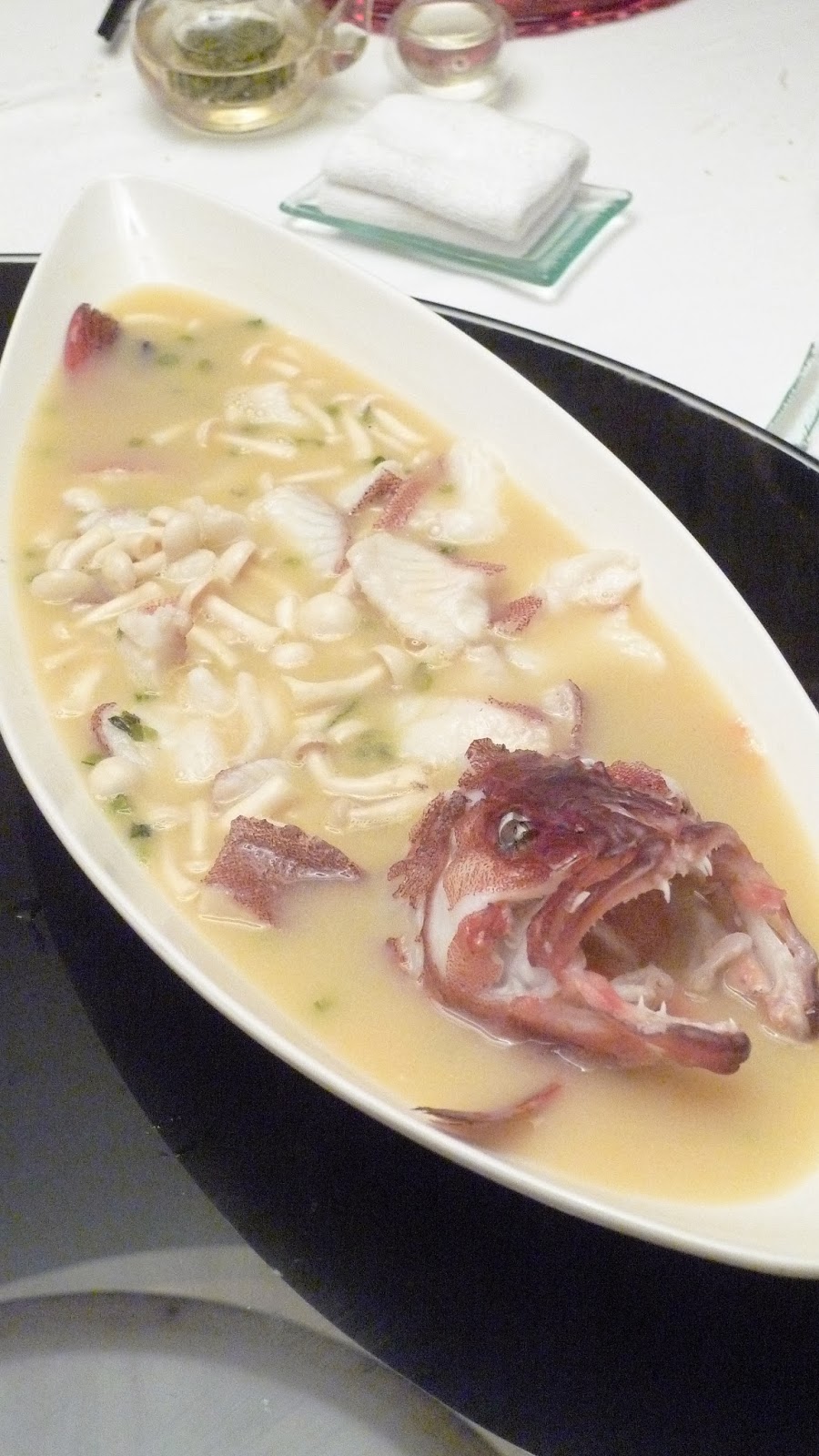 For the fish dish, the Poached Garoupa with Fresh Mushroom in Superior Stock (market price) was excellent! Cooked nicely, the garoupa tasted fresh and was bathed in a creamy stock full of Shimeiji mushrooms. If I ever lose my sense of civility, I would happily have the whole dish to mooself....with a bowl of rice. Moohaha. 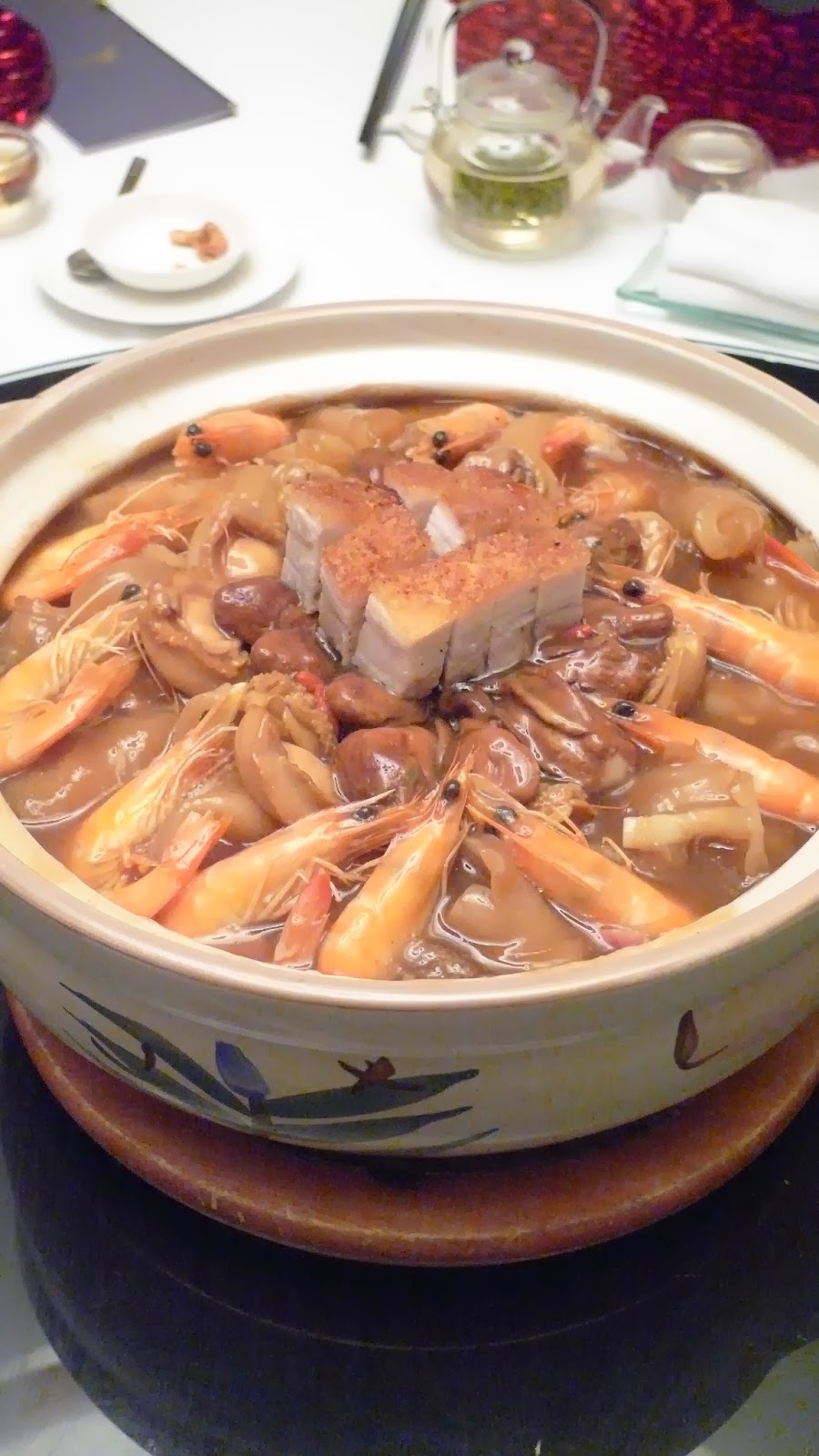 You say Pen Cai, I say Shio Bak! Xin Cuisine's Traditional Pen Cai (from $268 for small) boasted a centre square of roasted pork that immediately got my attention when it was served. Surrounding it was a bevy of prawns, dried oysters, abalones, long cabbage, black moss, sea cucumber, fish maw etc in a glistening starchy gravy. Definitely a dish that signified abundance! Give me a pot of rice! 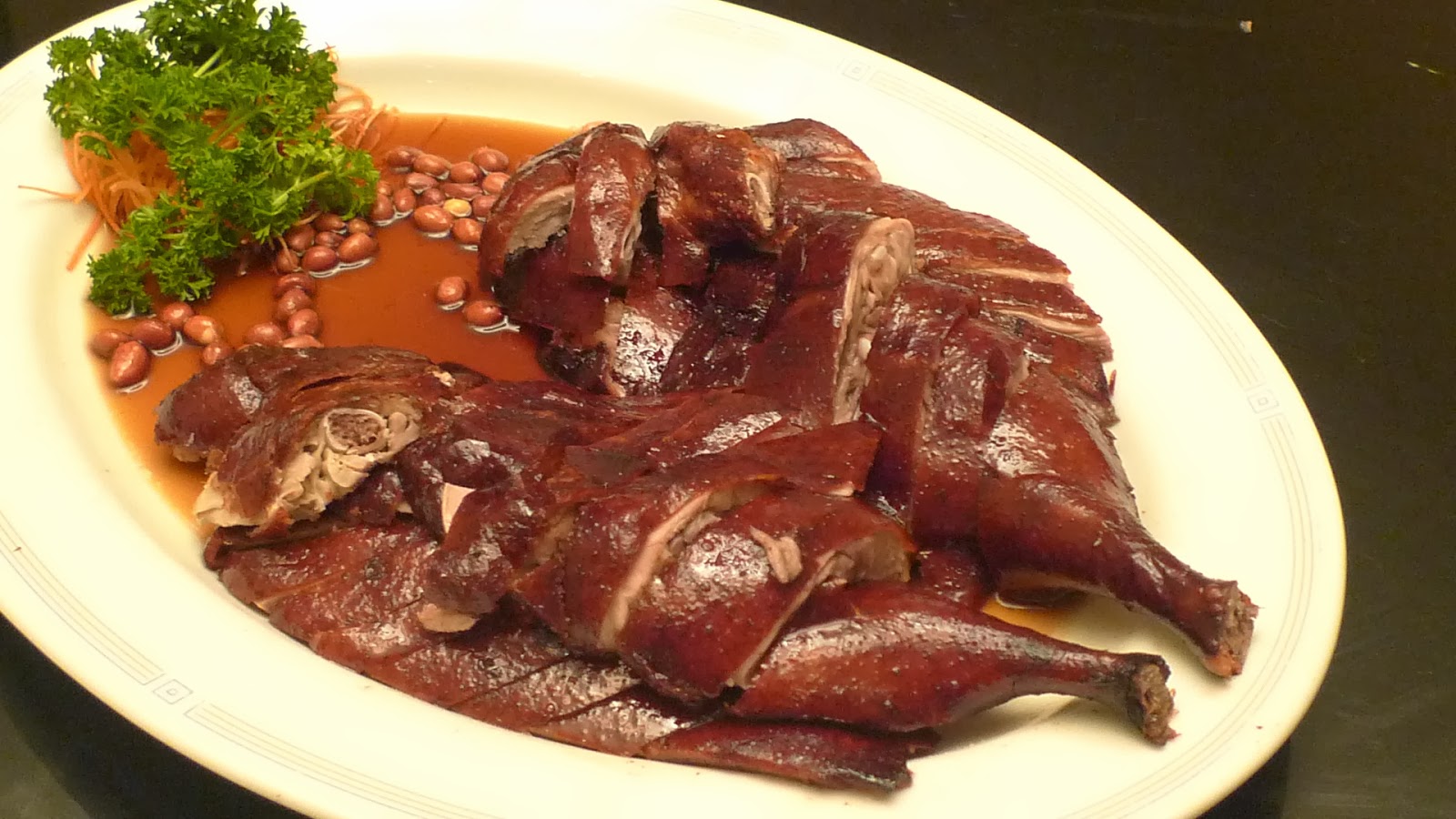 After hearing about this dish at their Christmas event, I was glad that the "Home-style" Roast Duck with Tea Leaves ($68 for whole duck) was part of the tasting. Awarded the Silver award for the Best Dish of 2012/2013 by the Chaine des Rotisseurs, this duck was wonderful to eat. Its meat was well seasoned and with a good bite while its crisp skin had a nice fragrance. Just this duck with some rice would make a great meal.

Ok ok, seems like a number of dishes were made for rice and actually I'm serious lah! One of those dishes with plain rice would be bliss. :D

But there was still dessert to come. 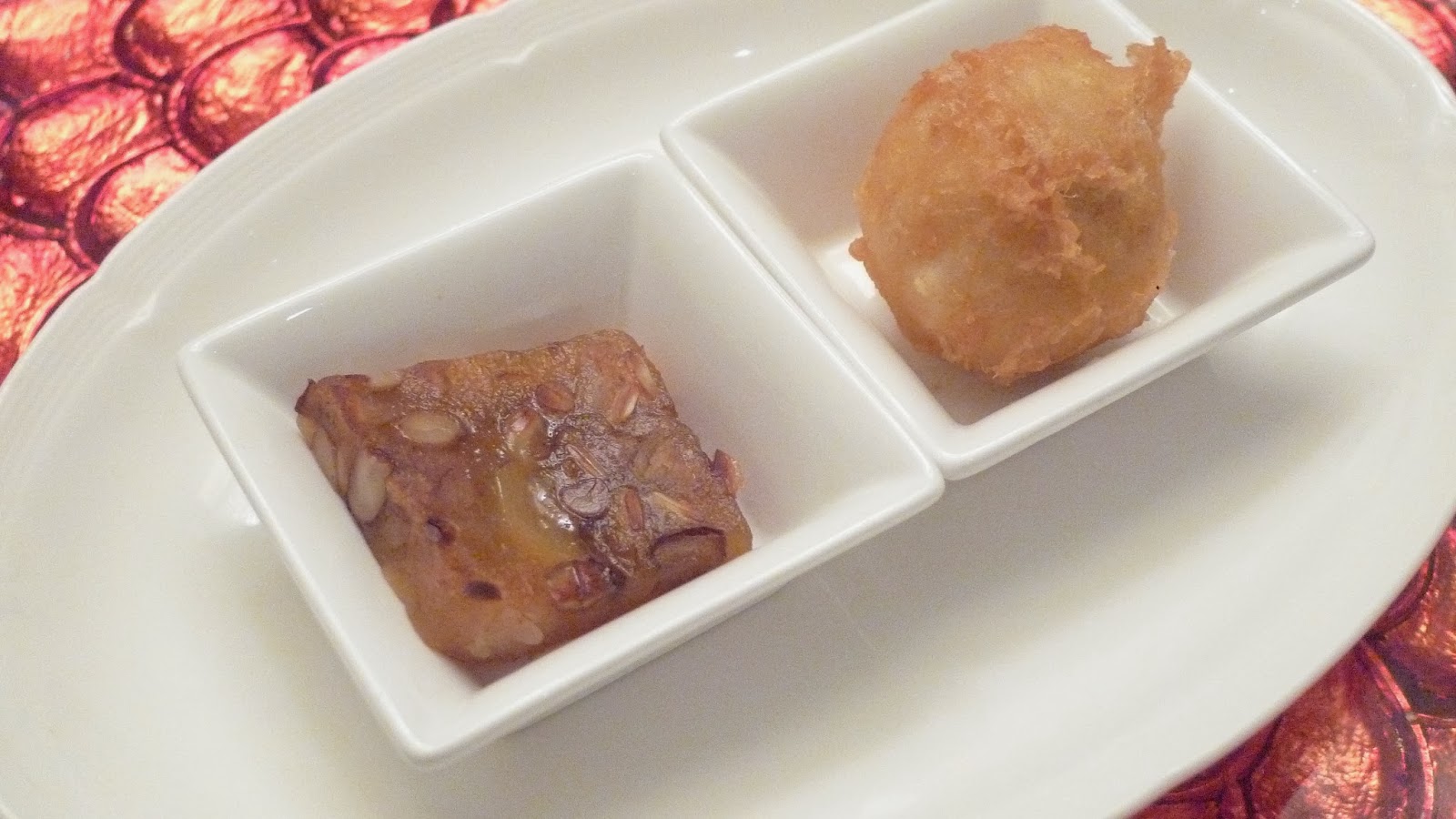 Thanks to the Holiday Inn Singapore Atrium team for hosting moo. 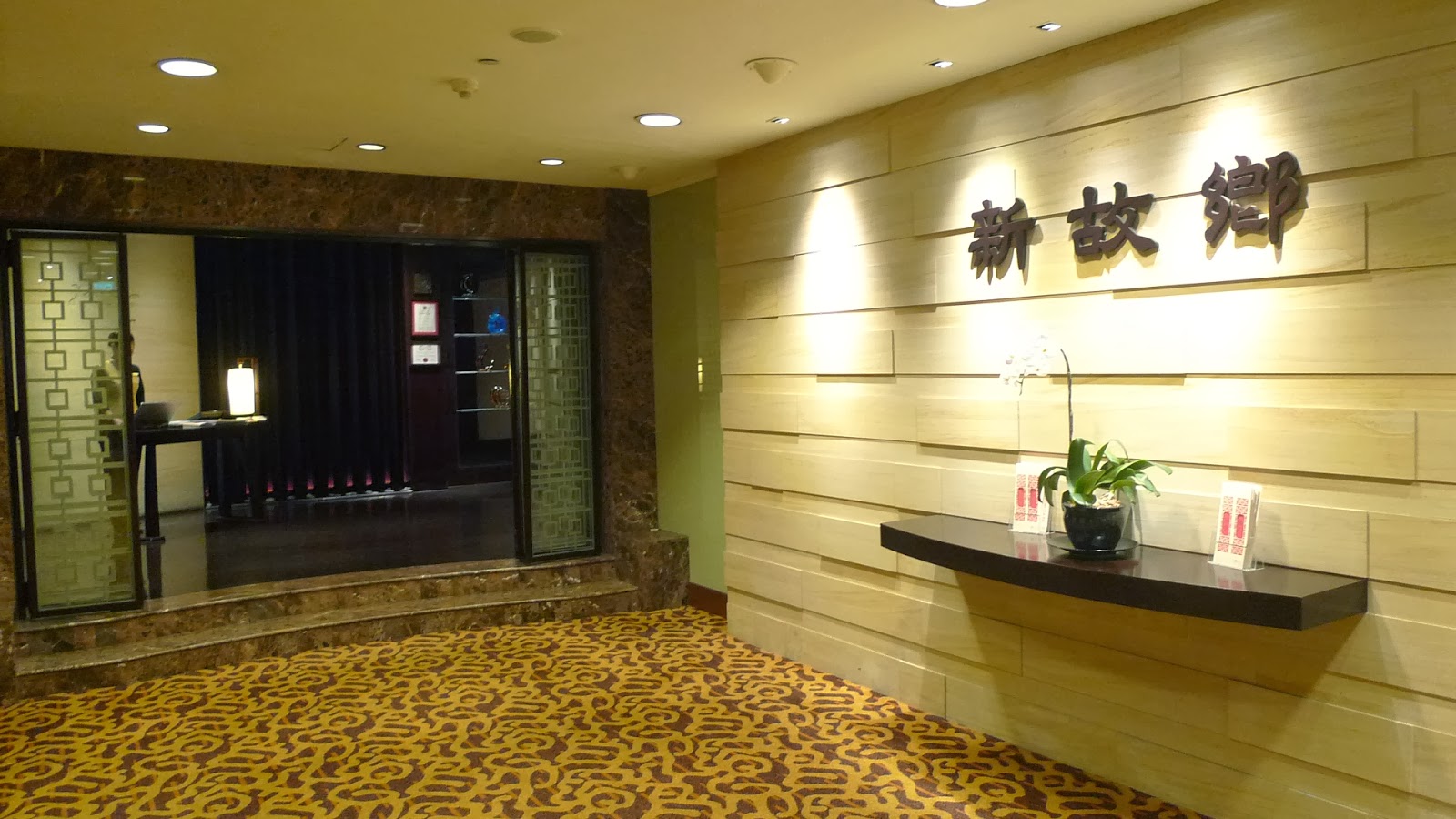 Chew On This: Their private rooms are really lovely and each comes with a tea assigned according to the room's name!
Posted by The Hungry Cow at 11:02 pm No comments: