A new eatery has replaced a cze char place in Simpang Bedok, hence adding "Peranakan" to the cuisine options at this popular makan enclave in the east.

Take their $28 set meal (meant for 2 pax) as an example. One gets to pick a pork dish, a chicken dish, and a vegetable to complete the set meal which also comes with ngoh hiang, achar, 2 drinks, rice and dessert. Certainly good value.

We ordered an extra veg, Sambal Kangkong ($5), for good measure. 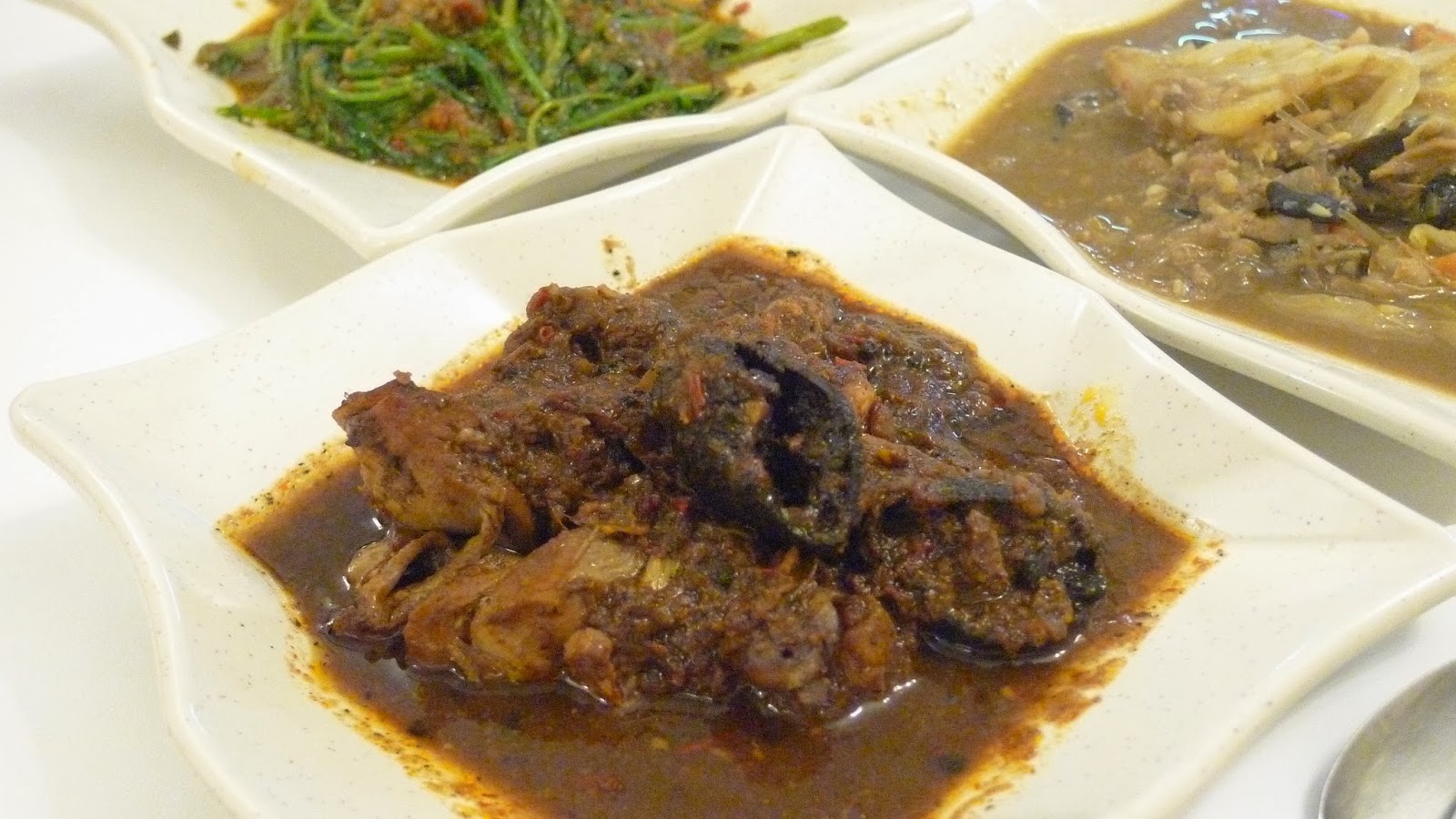 The Ayam Buah Keluak was a tad watery but had a nice depth of flavour from the spices used. The black nuts were fantastic- creamy, earthy and like dark unsweetened chocolate! I think the chicken is optional here. Moohehe.

The Chap Chye leaned on the sweet side with soft cabbage, springy woodear fungus and dried shrimps and tau cheong. The latter two ingredients added a nice savoury, umami touch. 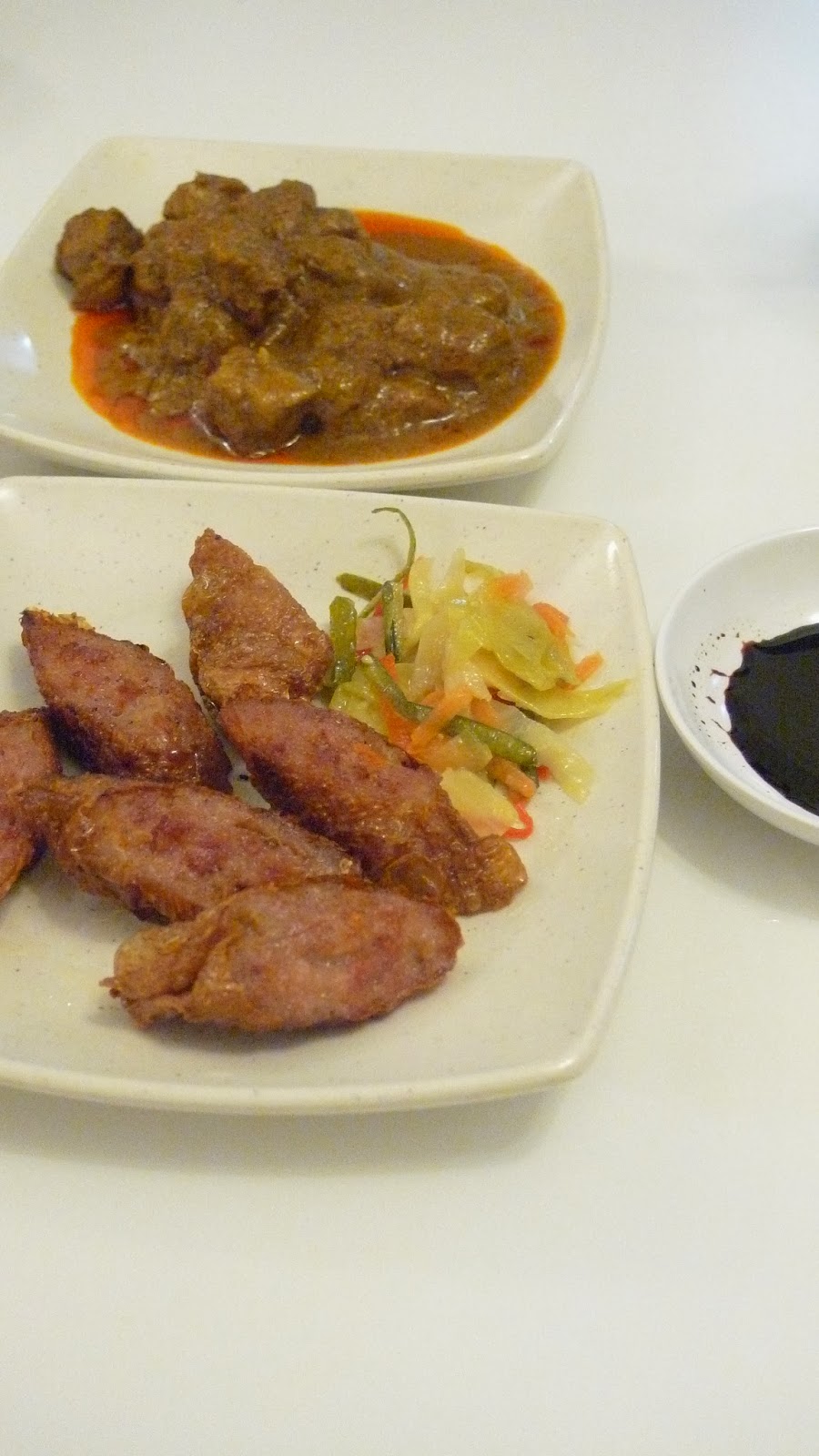 The Ngoh Hiang tasted better than it looked. Fairly crisp skin with a tasty filling spiked with five spice powder. Nothing like those homemade ones but definitely better than many eating places. In the background, the Pork Rendang was creamy, sweet and aromatic. The gravy was very smooth and dangerous with rice.

Also very enjoyable was the small dish of sambal, freshly made in-house. 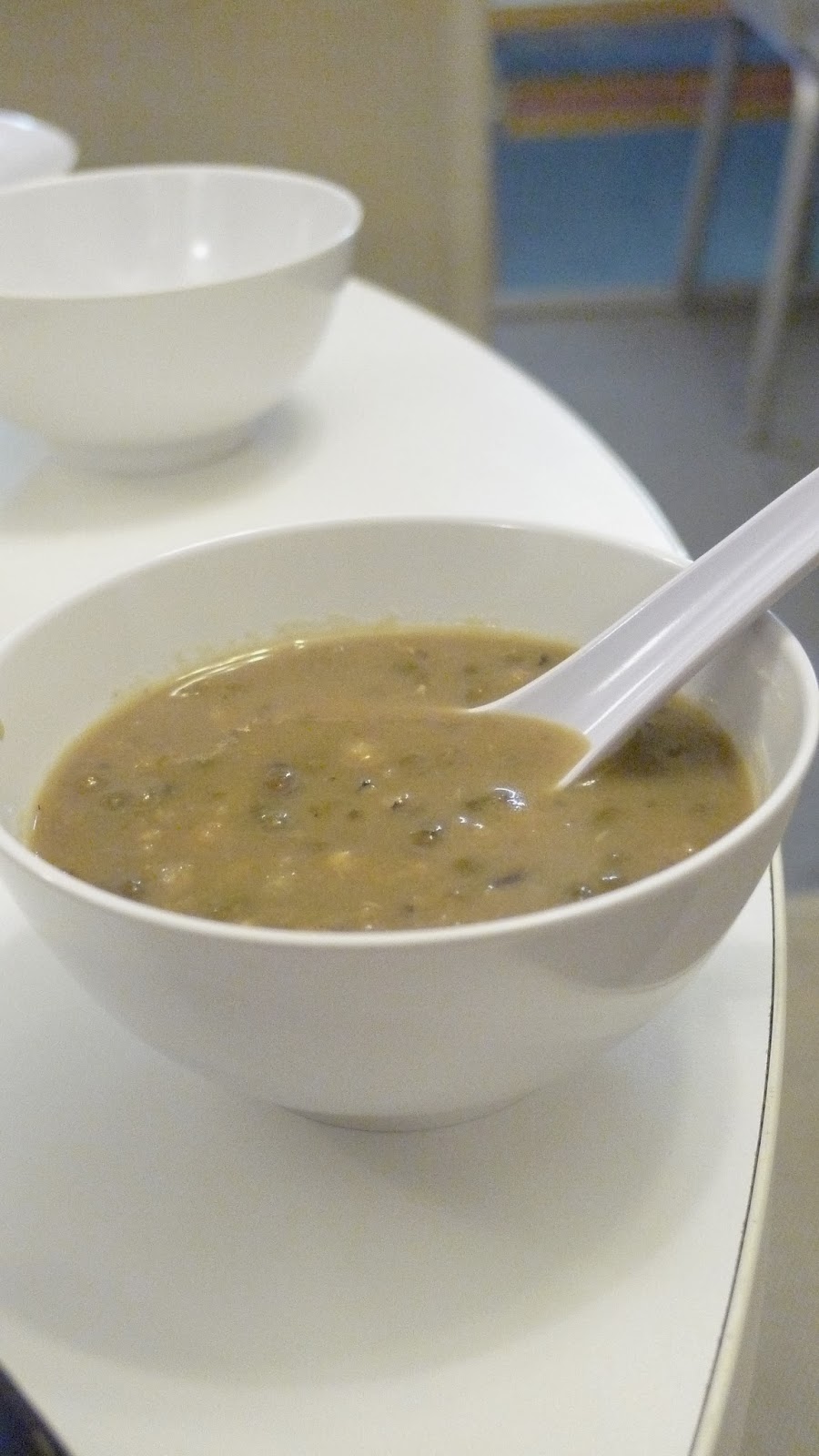 Dessert that day was a homely and rather comforting bowl of grean beans and sago soup. Gula Melaka gave it an extra taste dimension. 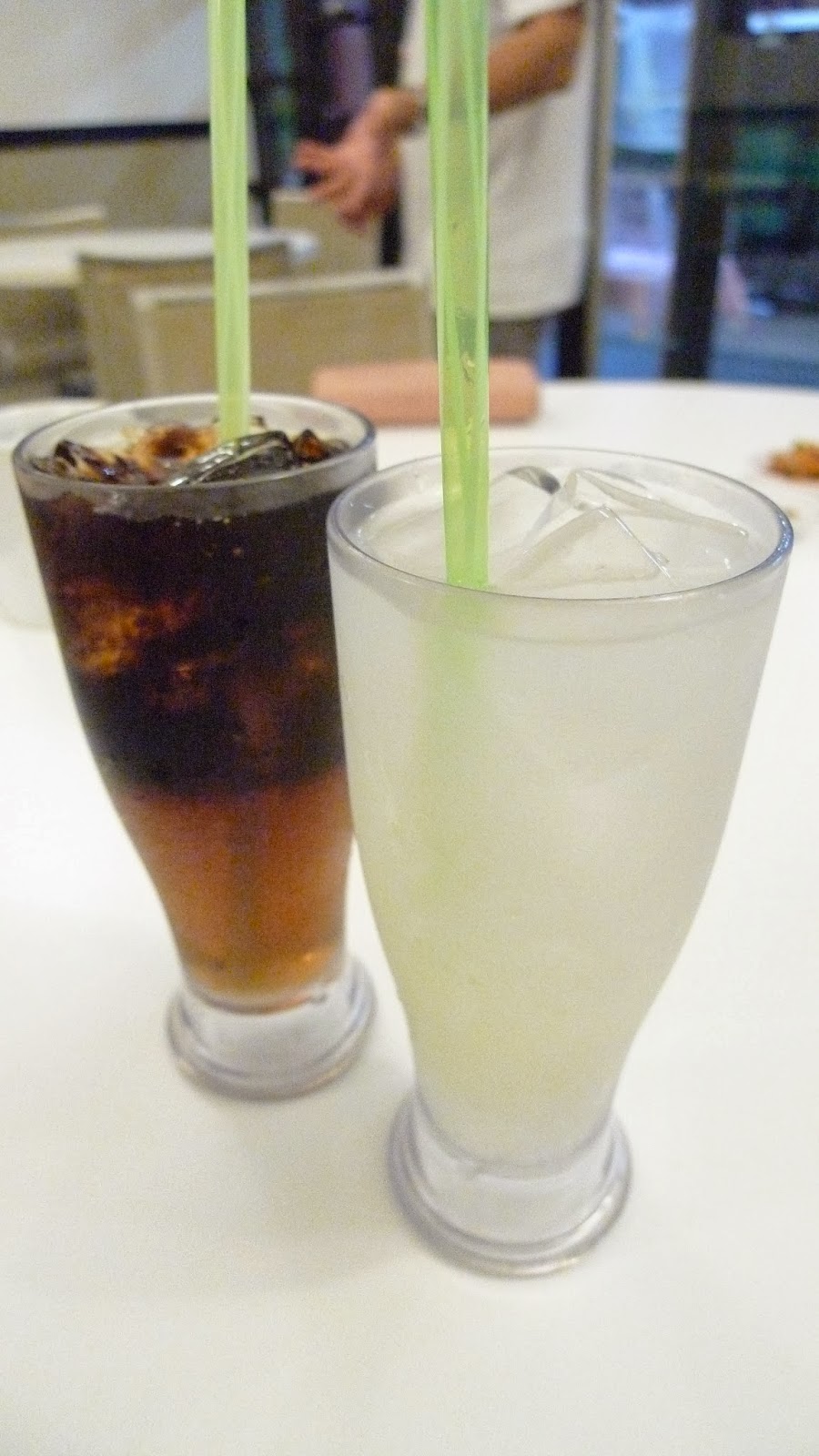 Drinks we had as part of the set meal were Chin Chow and Barley.

The owner Rick, a Baba, is friendly and apparently runs another Peranakan stall somewhere else in Bedok. Go ask him for recommendations.

I am just happy that there is moore dining options available near home. :) 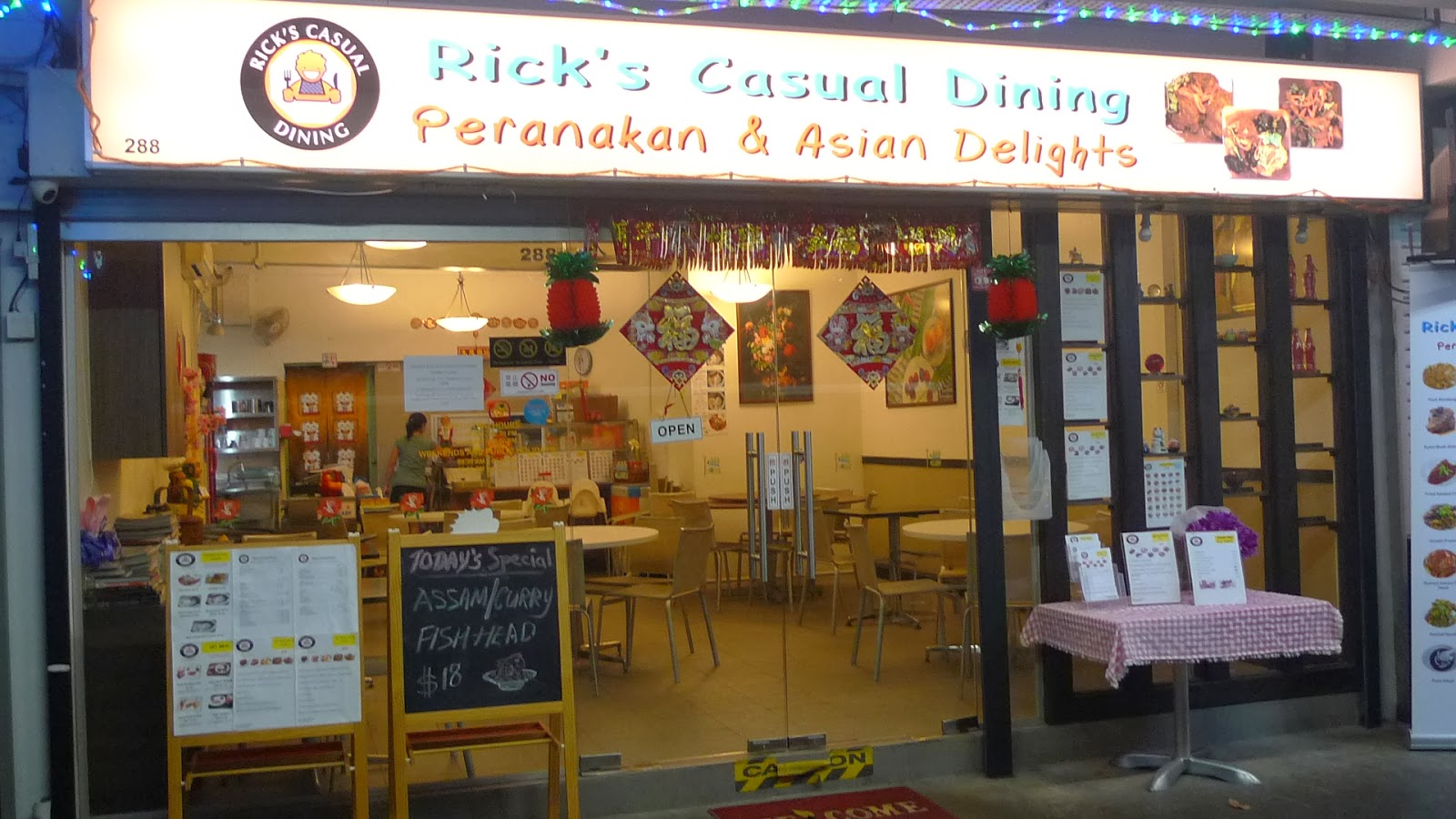 Chew On This: Check out their specials board for well, specials! :p
Posted by The Hungry Cow at 12:46 am