It was Nic's last day so boss treated us to lunch at Petit Menu, a restaurant located just a 15-minute walk from office. 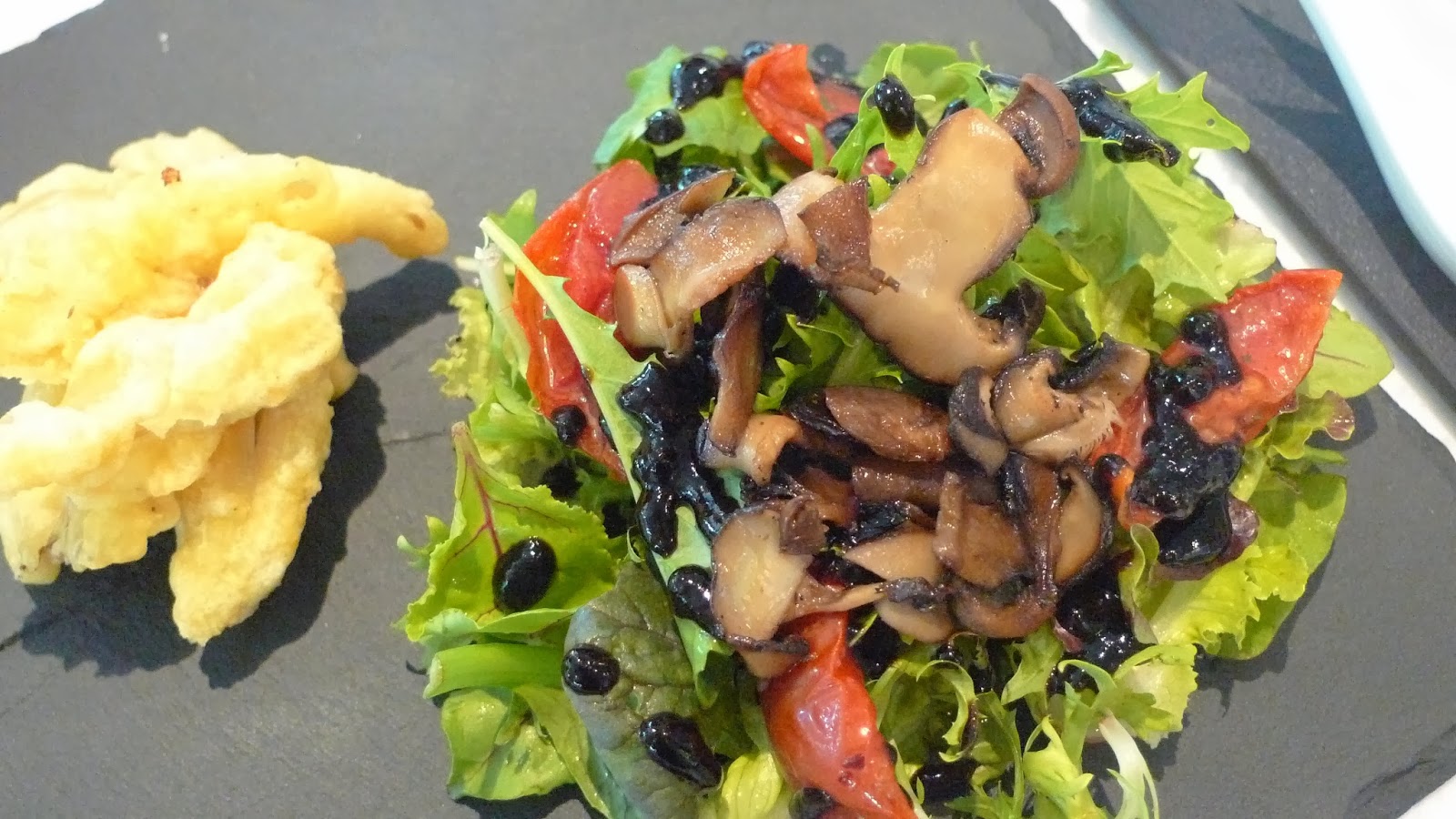 For my starter, I opted for Textures of Mushroom. A medley of sauteed mushrooms laid atop salad greens and drizzled with thick syrupy aged balsamic. In case fungi heads complain of mushrooms no enough, crispy pieces of tempura mushrooms were also on this plate. 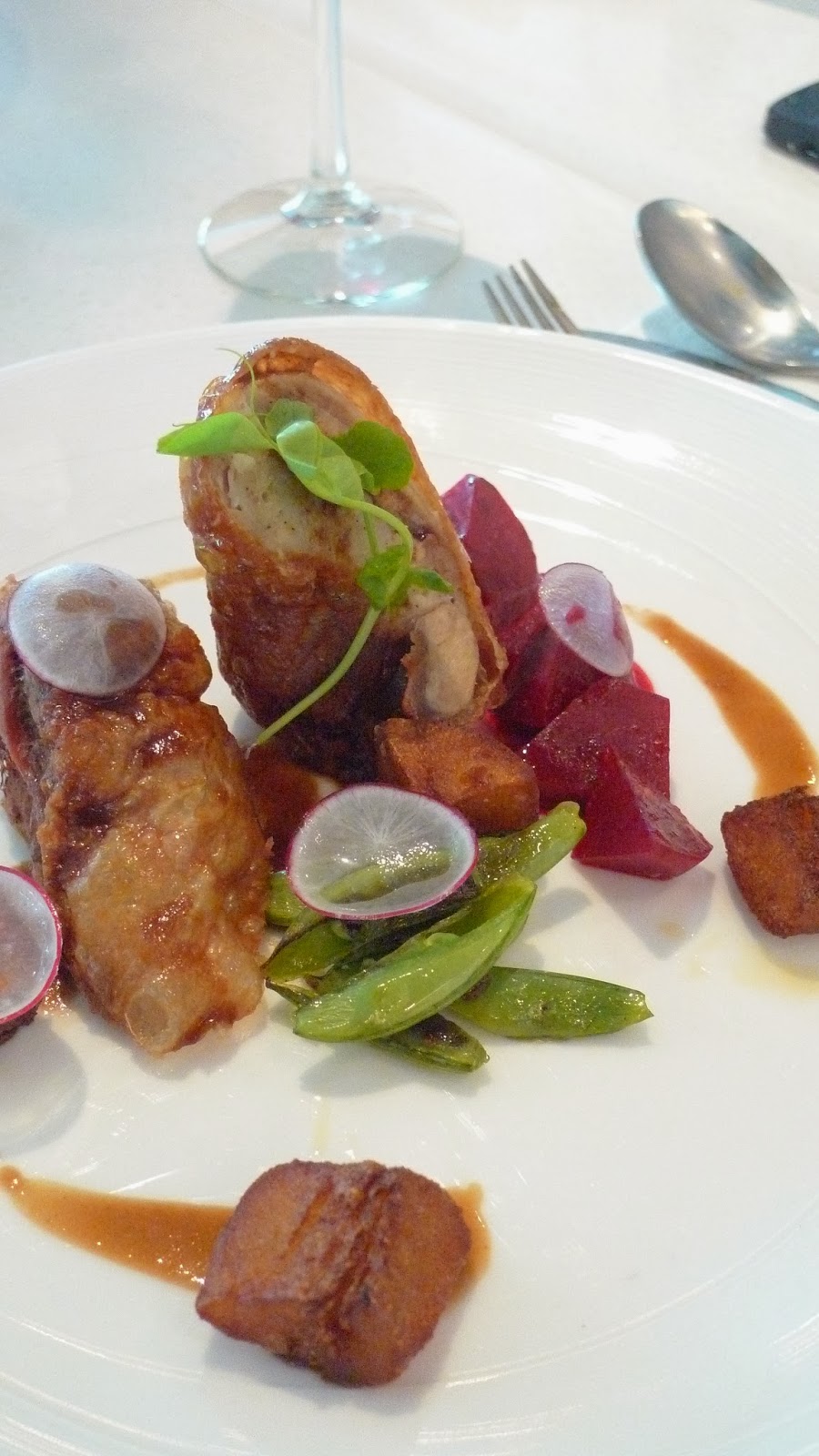 Since it was a group lunch, we, like moost Asian communities, shared around some other dishes. Yay! 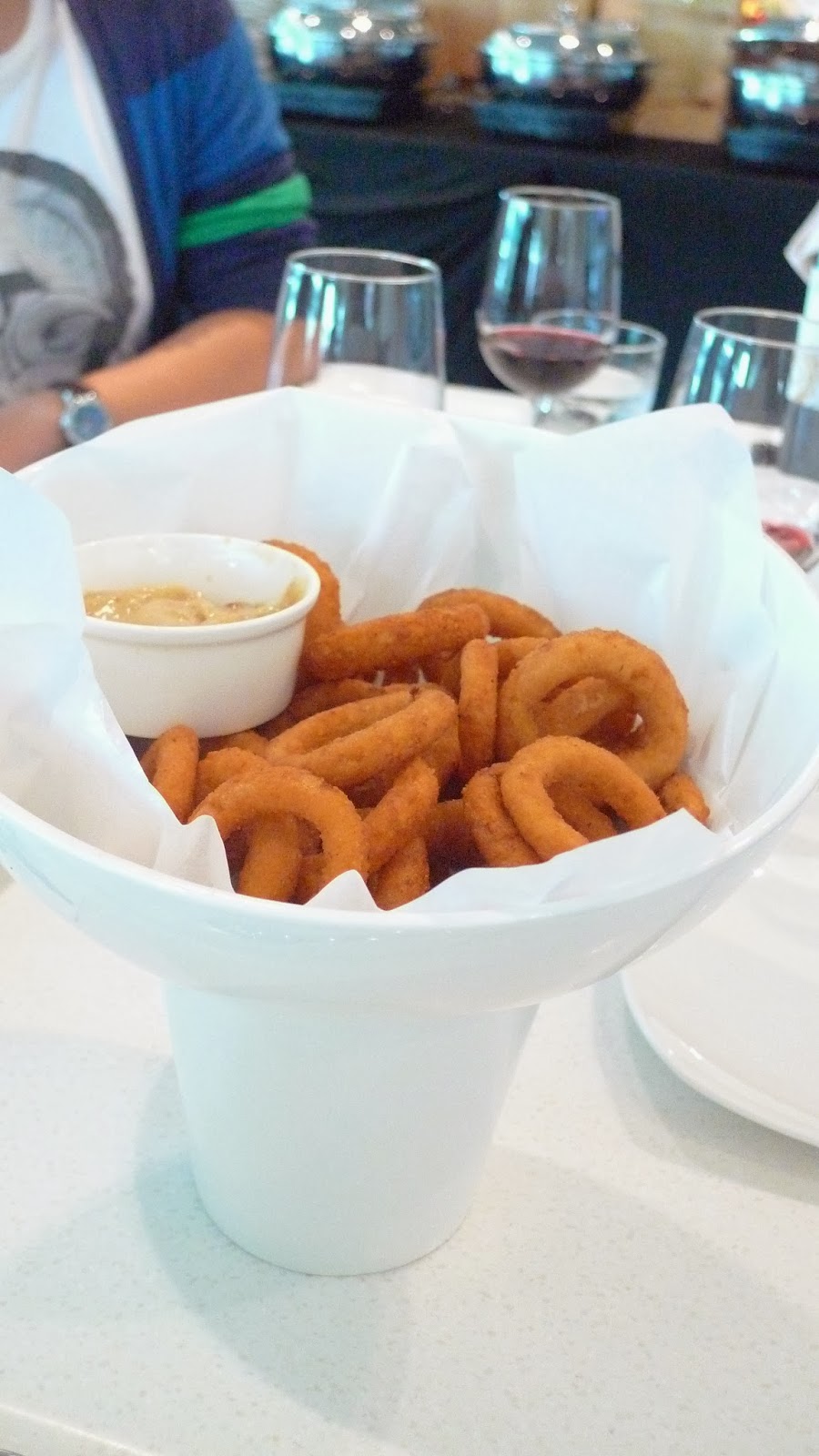 The Onion Rings ($8) with Roasted Garlic Aioli were disappointing. A dull, thick skin around the onion rings diluted any flavour from the onions. The aioli too was lumpy and unappetising. 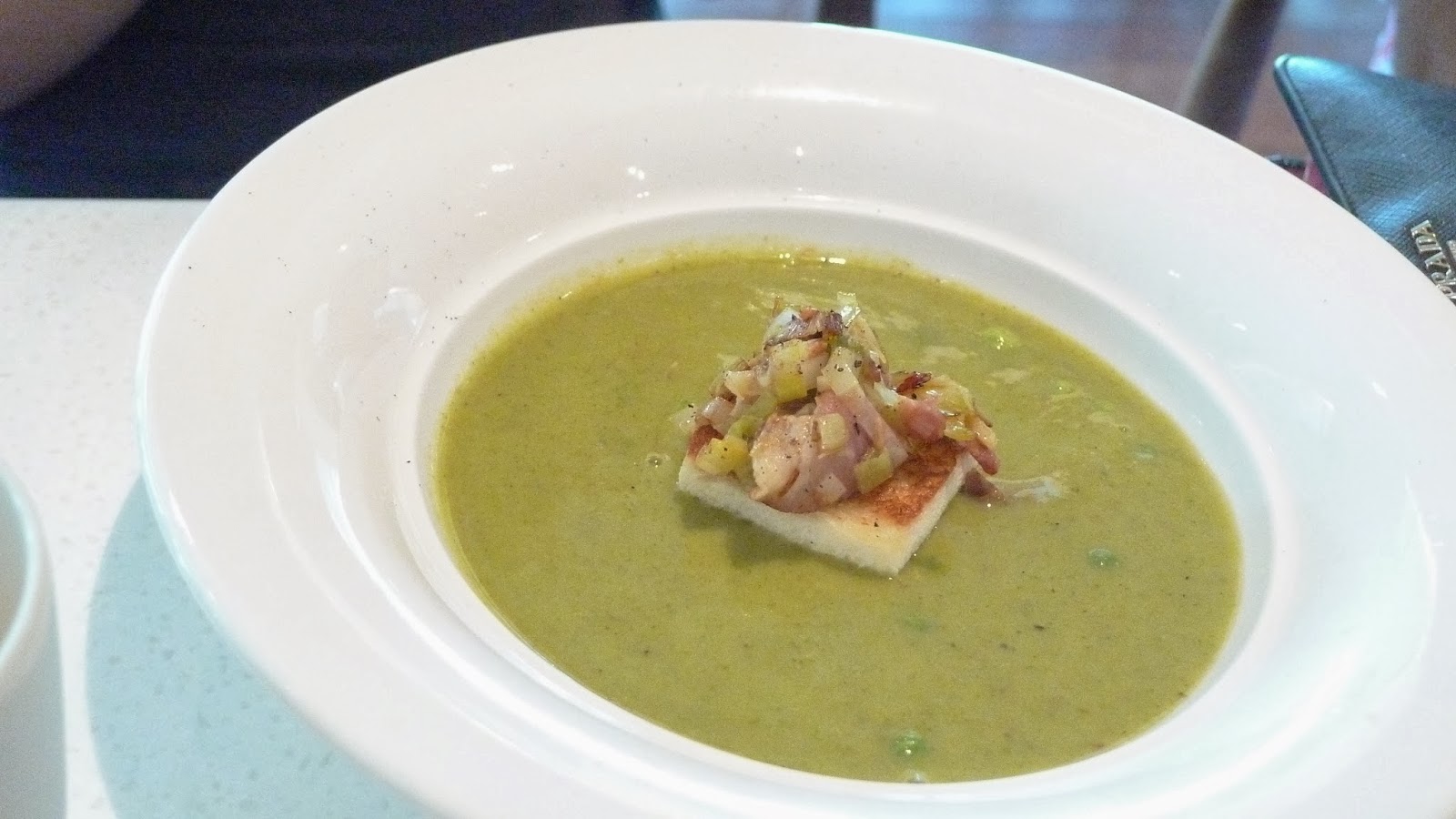 The Bacon & Leek Soup ($8) on the other hand was scrumptious! It had depth of flavour from the stock and bacon, and boasted a creamy texture contrasted with semi-broken down peas. 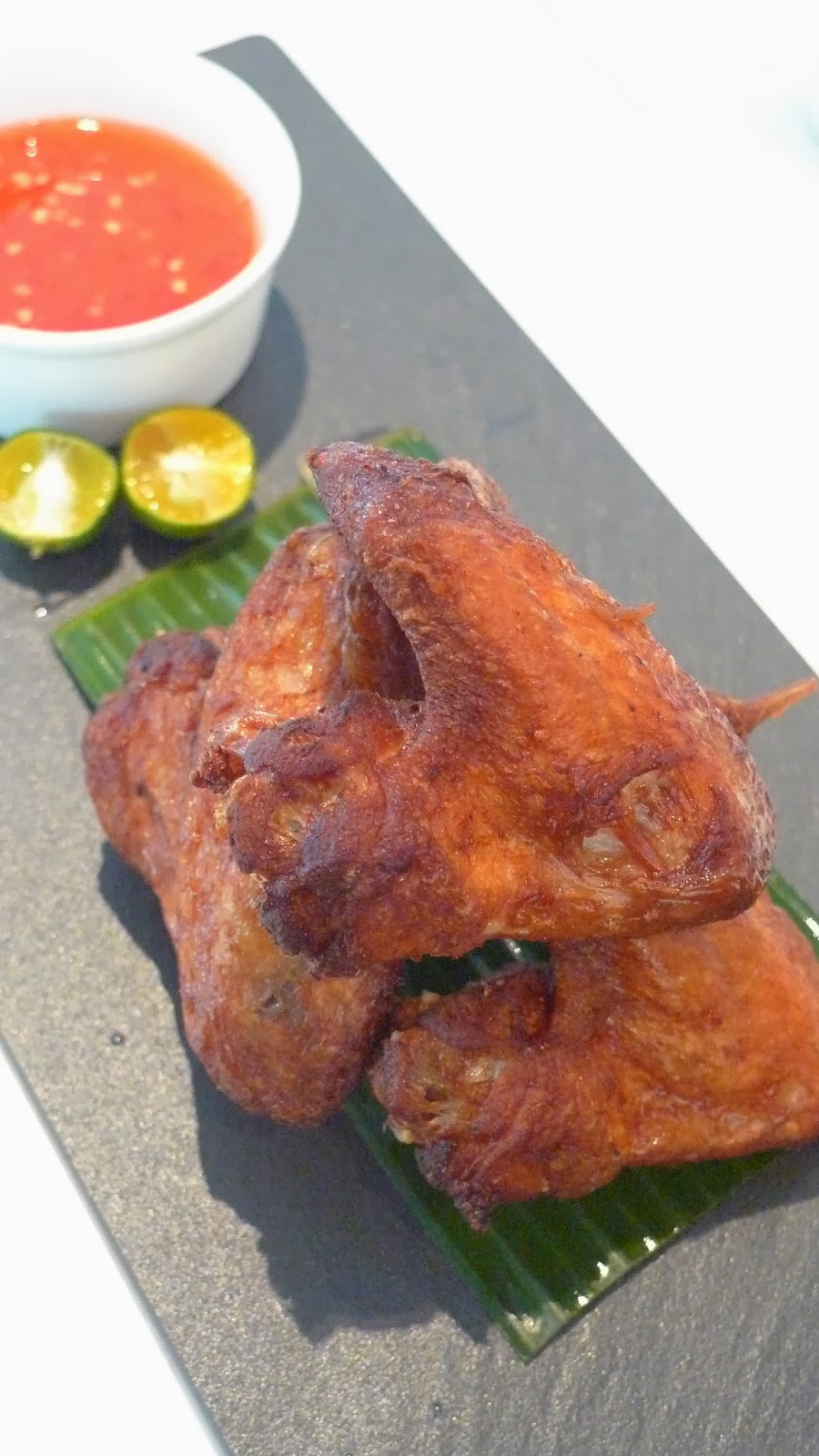 The Hawker-style Wings ($9) were also quite nice with flavours that reminded me of BBQ wings from the hawker centre. The only difference was that these were deep fried. Beer! Ok, never mind. Though everyone was in holiday mood, we still had some work to clear after lunch. :p 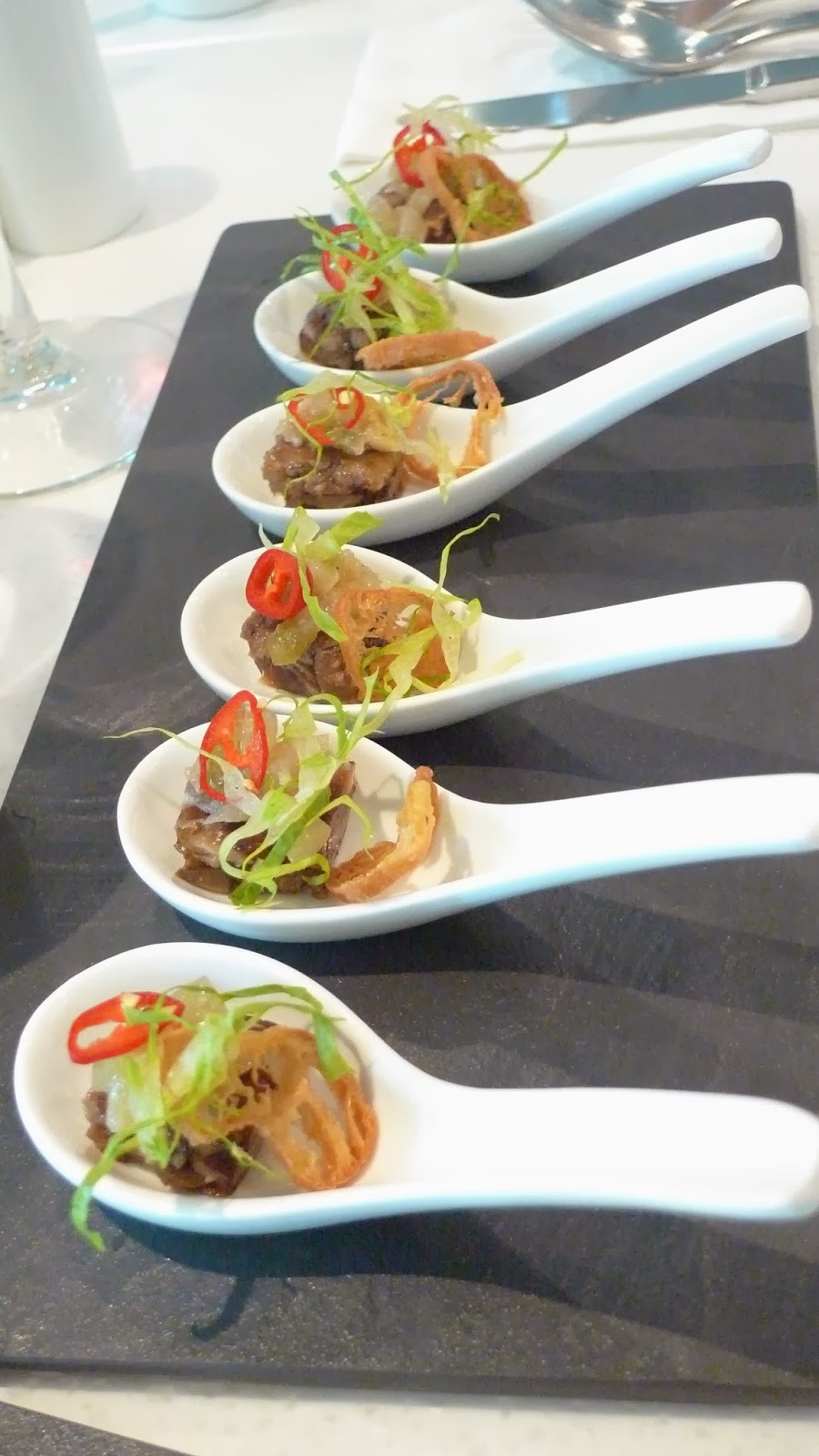 One item on the menu that caught our attention was the Bak Kut Teh Terrine ($8). It sounded intriguing enough for us to try. But the morsel was too small to really taste much. 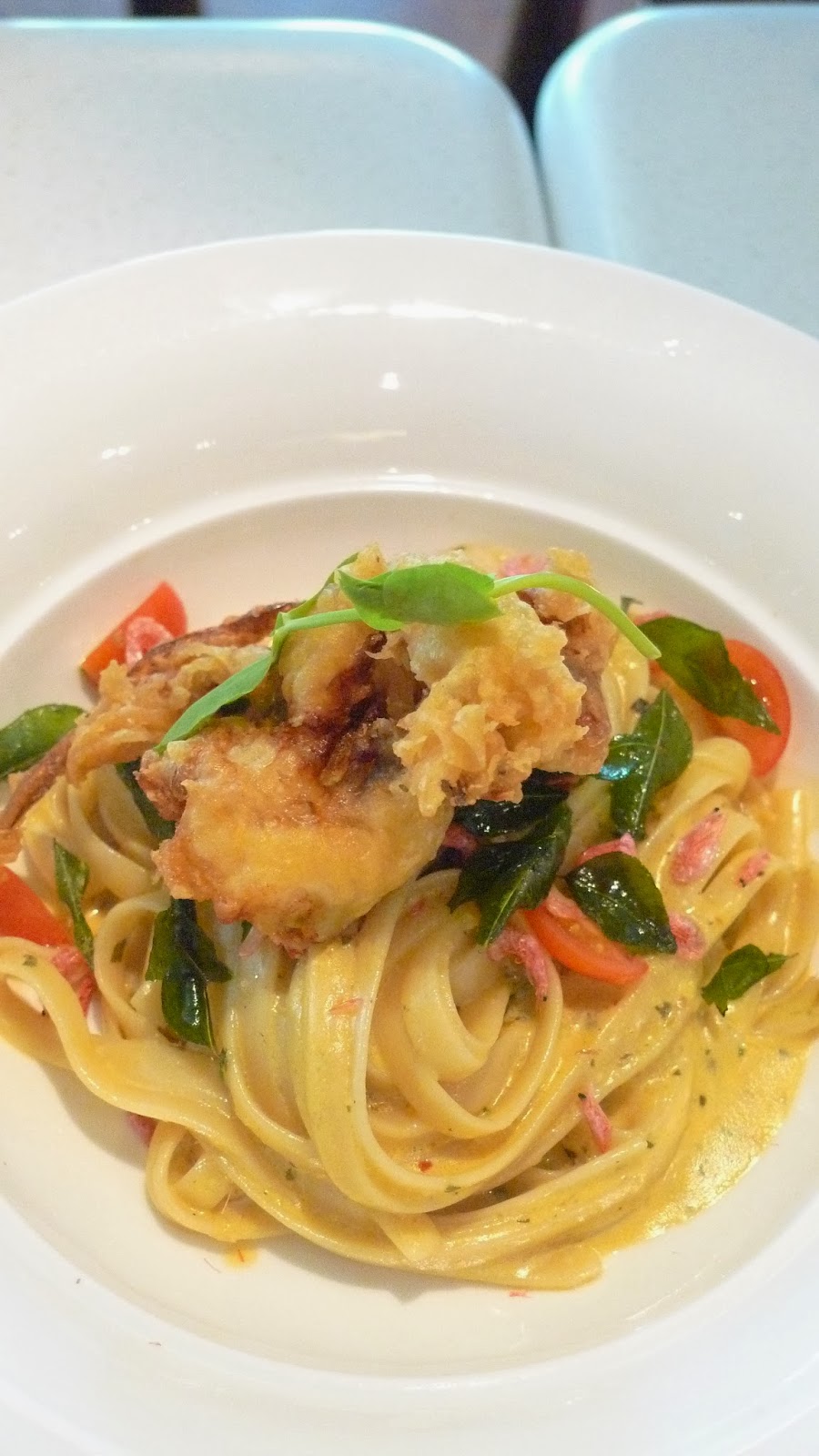 The dish that most people at the table ordered as their mains was the Salted Egg Softshell Crab Fettucine ($15). While the first few mouthfuls were quite umami, it soon became too jerlak/cloying. So I'll suggest ordering just one portion and sharing it around the table! 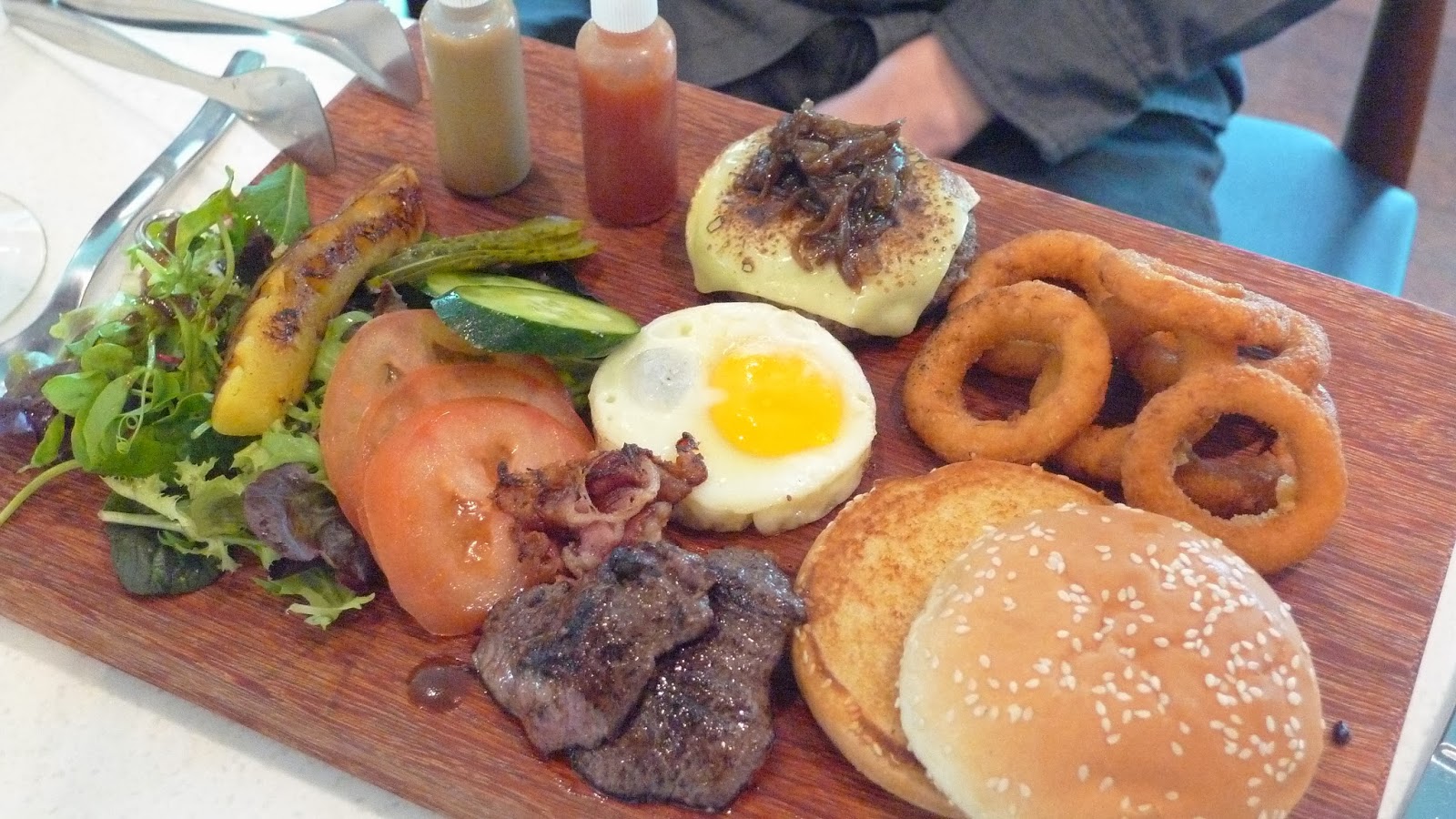 A colleague ordered the Petite Burger ($18) which looks damn good, no? Like so fun. Can assemble and eat as one likes. Moohehe.

Surprisingly, for a table of 7, we ordered only 2 desserts. 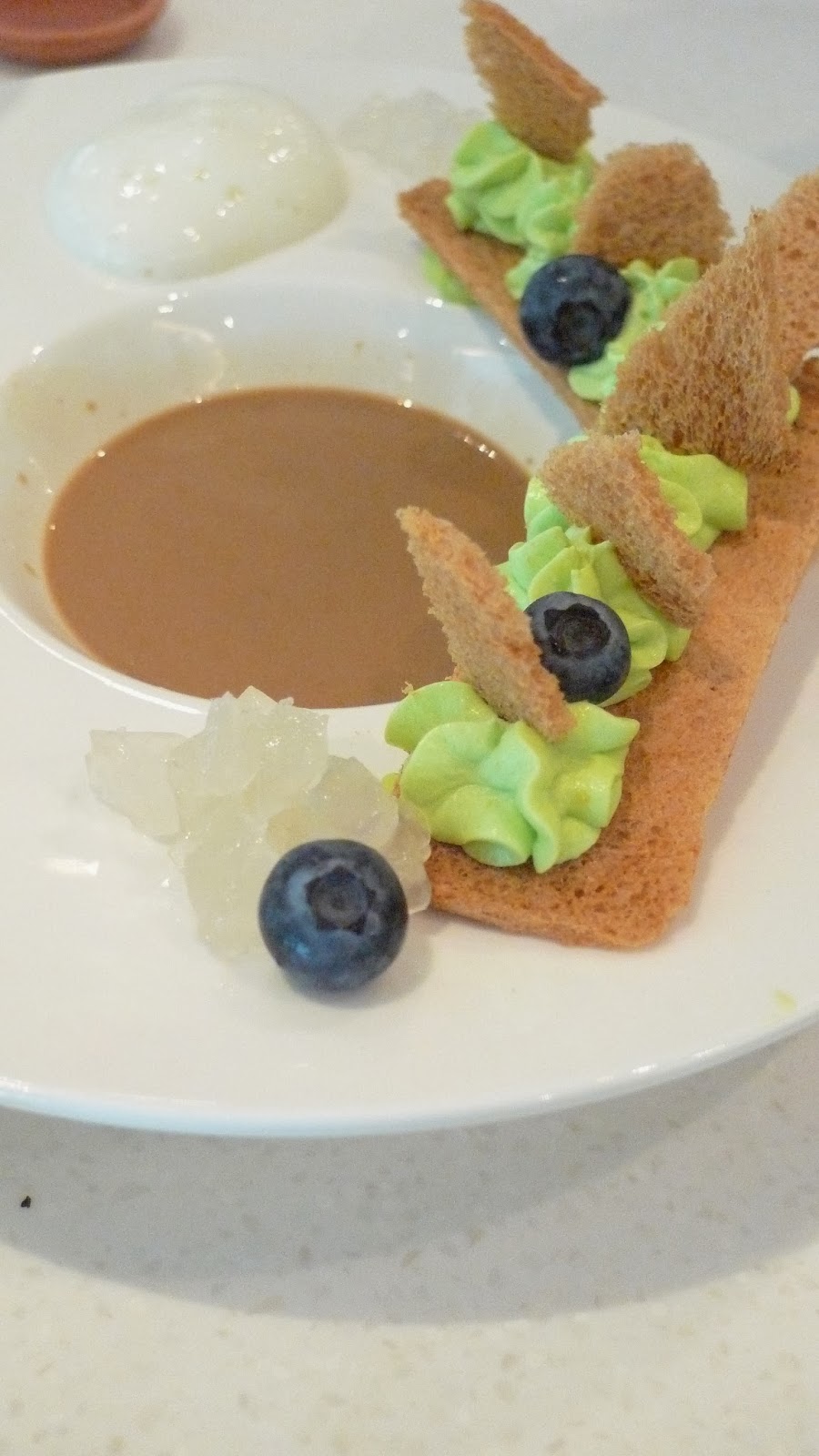 The Kaya Toast Mille Feuille ($7) looked intriguing. While the green kaya cream on crisp toast dunked into the pool of kopi C sauce was pleasant and brought to mind kopitiam memoories, I am not sure how the blueberries, attap seed tartare and mint espuma contributed to the dish. 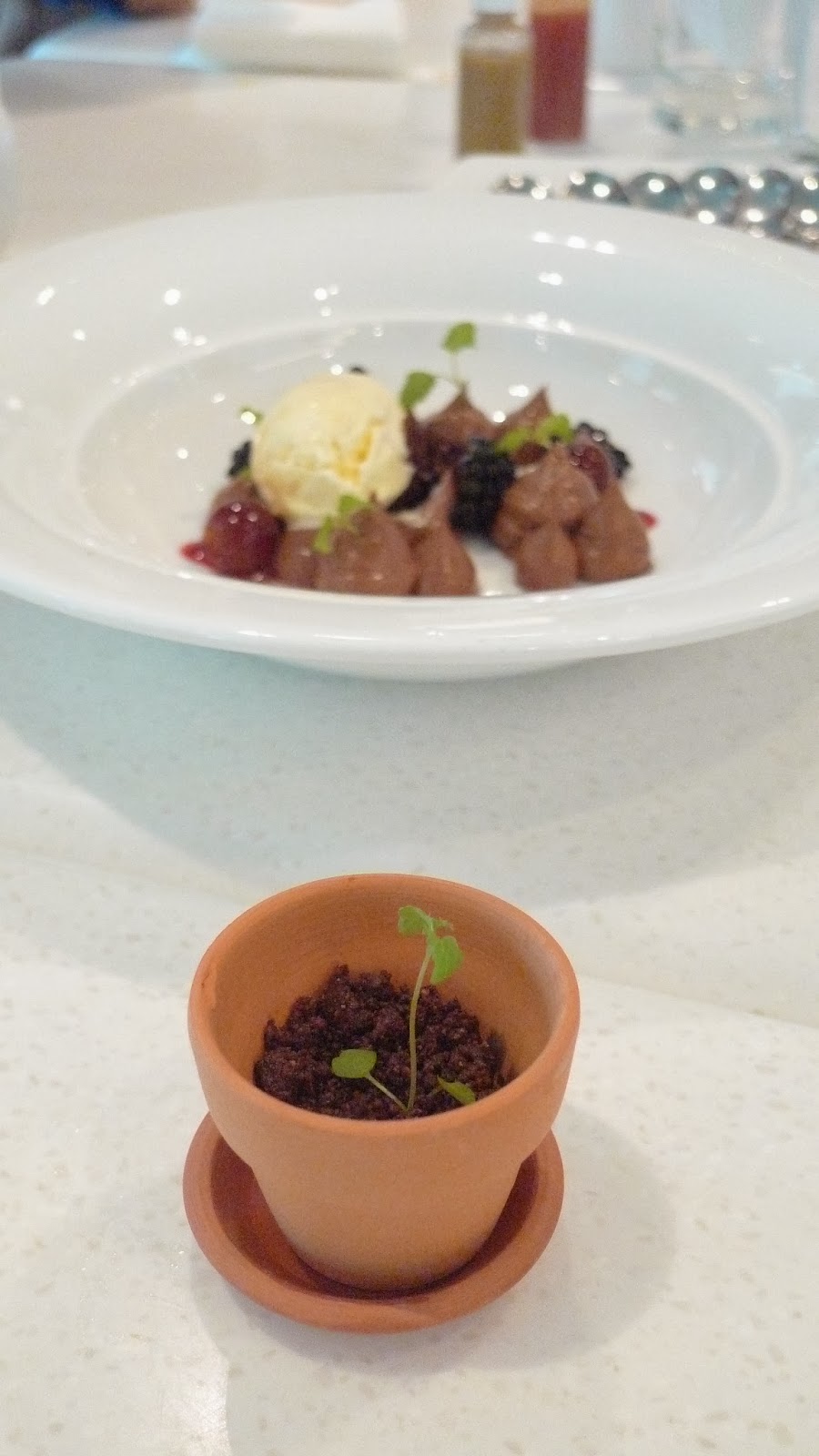 As the sugar rush hits my head, I think...One tree no matter how strong is just one tree. But together, we can be a forest... Random, I know. But hey it's the holiday season!

Petite Menu is a causal restaurant with a small quirky menu featuring Asian inspired touches to some dishes. At this price, the plating is ridiculous! 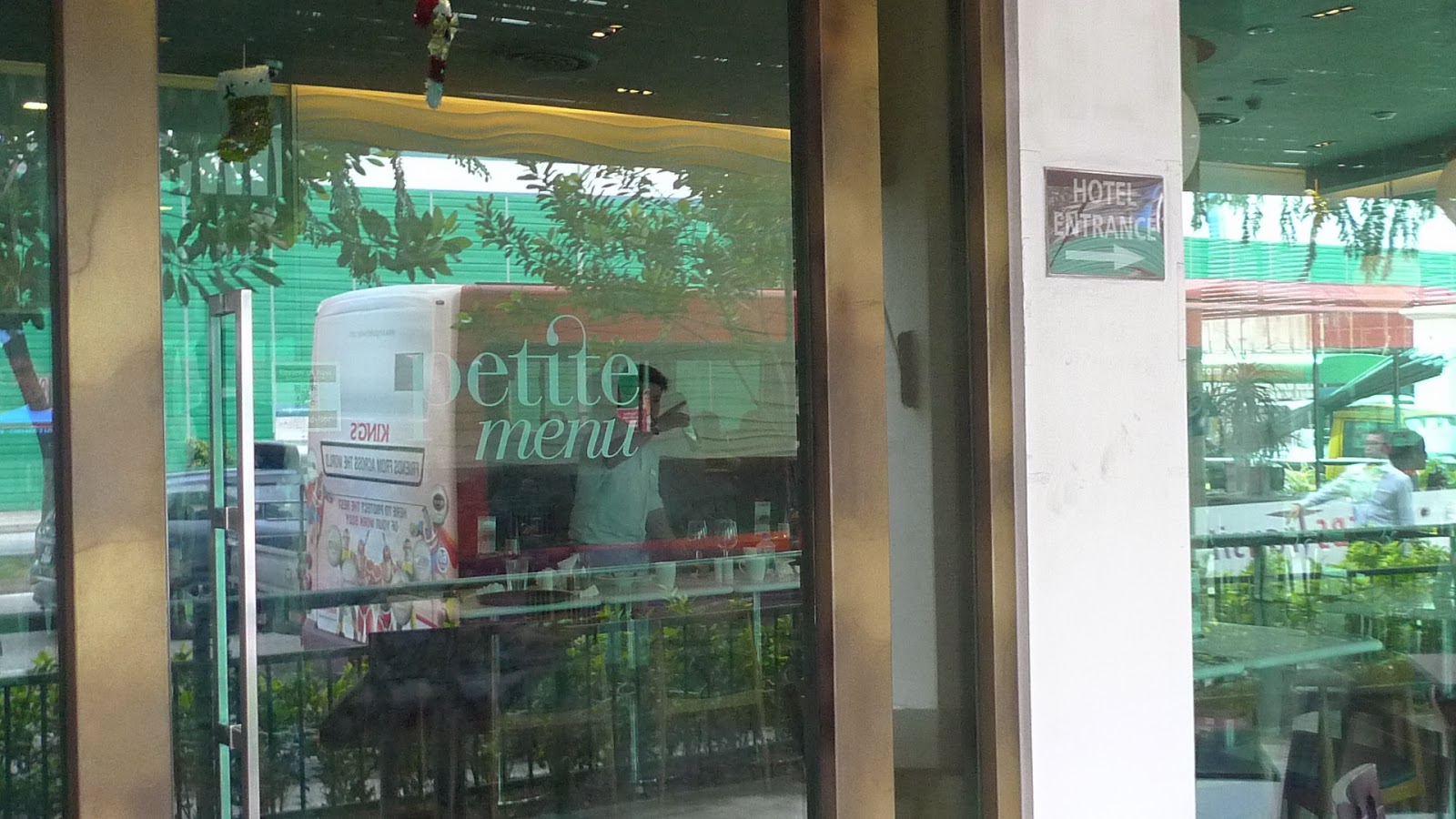