I love Chinese and Indian food on their own but a fusion of Chinese AND Indian? I recently had my first experience with "Chindian" (moohehe) cuisine at this restaurant called Manchurian Club.

It boasts a menu offering "Indianized Chinese cuisine". Apparently this style of cuisine resulted from the Hakka Chinese in Manchuria who later moved to India years ago. Flipping through the menu took a while as I was unsure of what to expect despite seeing the listed dishes. 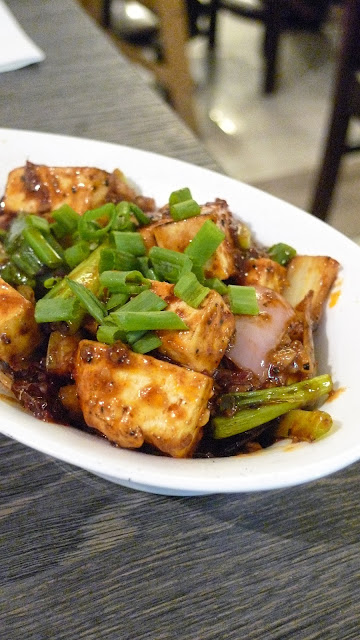 Stir Fried Beancurd in Szechwan Sauce ($7) turned out to be disappointingly un-spicy despite its three chilli rating on the menu. The lightly fried tau kwa was nonetheless tasty coated with a rather sweet, piquant appeal thanks to Worcestershire sauce and bean paste. Dried chillies gave it a nice, gentle heat towards the end. 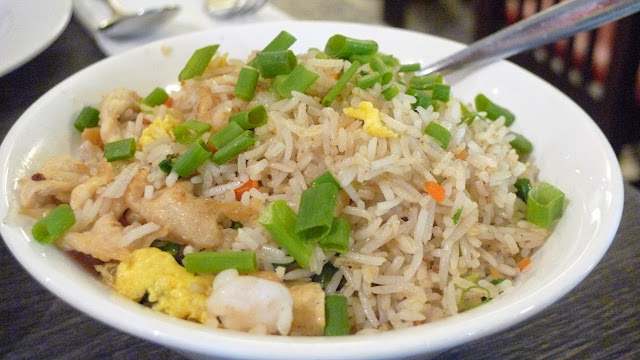 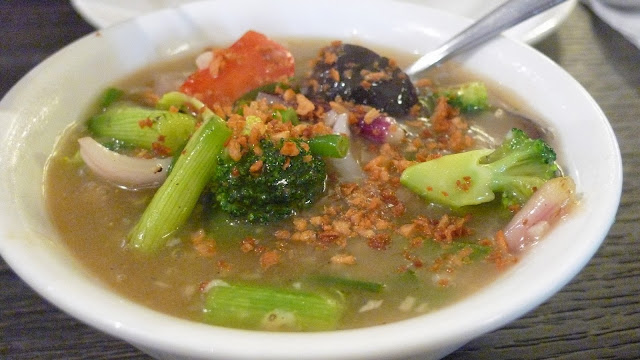 As the veg dish, we opted for the Broccoli with Black Mushroom ($7). The broccoli was cooked nicely, tender with just that bit of crunch. The starchy sauce was too overwhelmingly heavy for my liking though it seemed to keep the broccoli warm for quite a long while in the bowl. 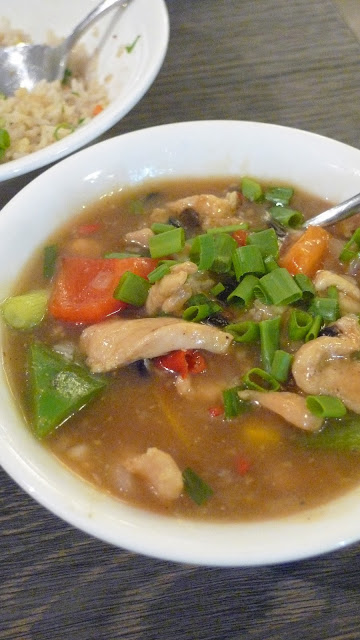 By the way, who/what is Hupak? 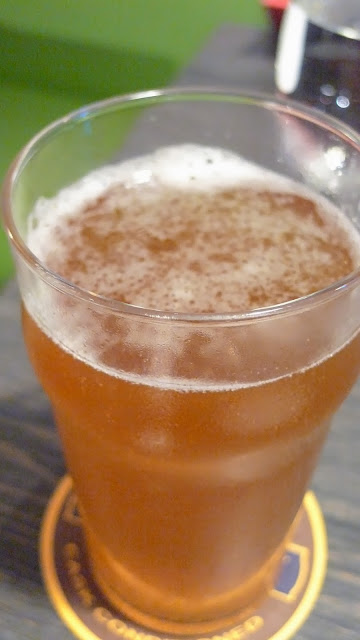 A mooment of contemplation and a pint of Brewerk's Golden Ale ($8) for good measure. :)