Pork's the Star in this Prawn Mee

I was around the Katong area for work and was craving for a bowl of prawn noodles dry. Since I had a good 30 mins before my appointment and was just metres from this cool-looking gastrobar-kopitiam, I decided to try this nondescript-ish stall that apparently started in 1949. 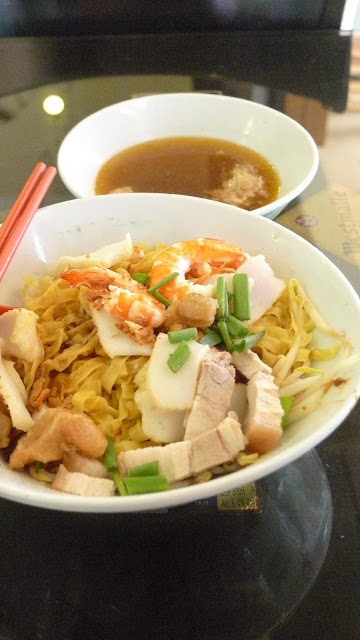 My order of Prawn Noodles Dry ($3.50) featured mee pok topped with about 3 small prawns, slices of fish cake, juicy boiled pork belly (instead of the more common lean pork) and.. 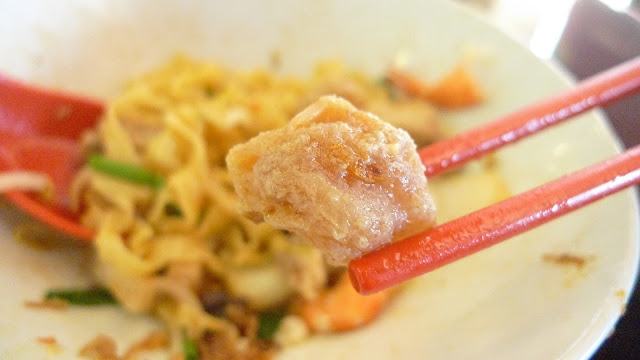 The prawns were meh but the yummy pork belly and lard made sure this prawn mee still made for good eating. 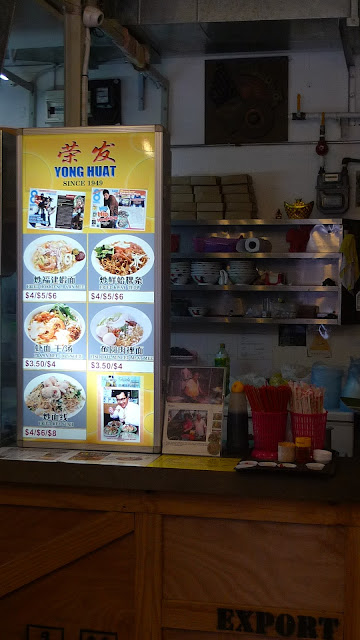 Chew On This: Order up a plate of Char Kway Teow or Hokkien Mee and get the same lard-packed oomph.
Posted by The Hungry Cow at 11:11 pm