Another birthday in the family! Yes, it's that one week in the year where we celebrate mum's, dad's and sis' birthdays. And what surprised me was sis' suggestion of a buffet for mum and dad's birthday dinner. She's not the biggest buffet fan but I guess her reasoning that a buffet offers something for everyone makes sense.

So for her birthday, we had a buffet. Moohehe. I was actually considering between Lime at PARKROYAL on Pickering and Edge at Pan Pacific but the former was fully booked while the latter didn't have anyone answering my calls. With the NDP rehearsals going on, we decided to siam town area and head for somewhere closer to home- Azur at Crowne Plaza Changi Airport. 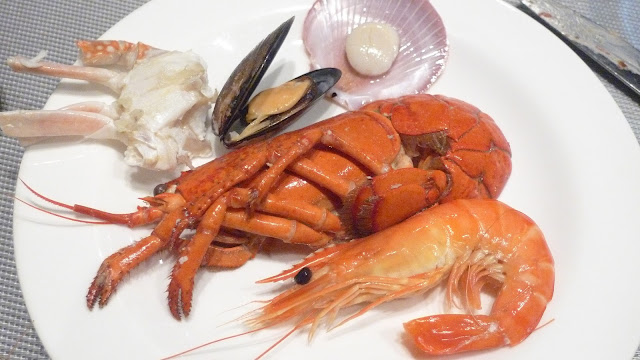 From the seafood on ice selection, there were oysters, prawns, lobsters, scallops, flower crabs and mussels. The standout was the prawn- meaty and sweet. A good prawn beats a so-so lobster any day! 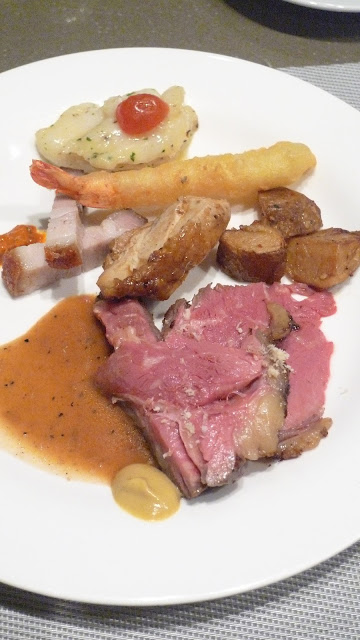 Roast Beef was pretty good too with a sprinkling of salt, a dab of mustard and shavings of horseradish. I didn't take to their fish dishes, both of which used a rather insipid dory, though. 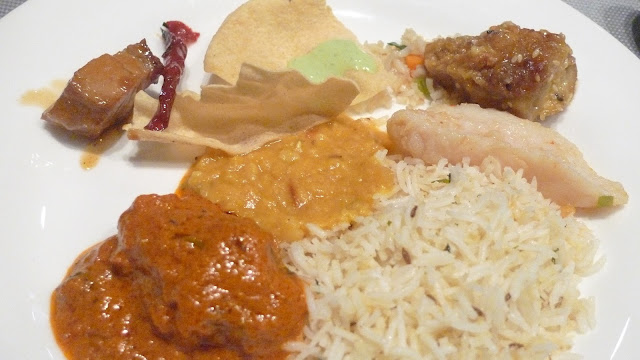 The Indian section was small but the dishes were yummy. Coconut Rice featured fluffy, lightly spiced Basmati rice that was perfect carbs for the dhal and Marsala Chicken. 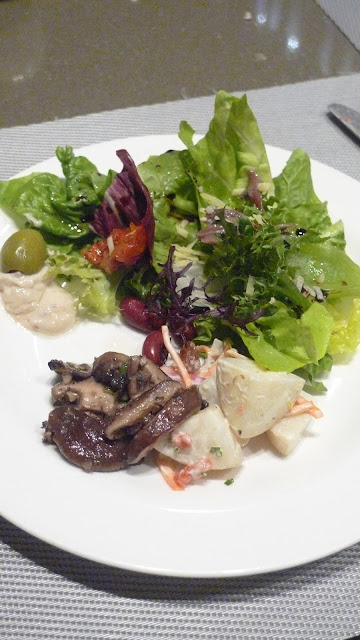 Salad leaves, condiments and a selection of dressings provided grass for this cow a green addition to the spread. I also nibbled on the mushroom salad and potato salad. 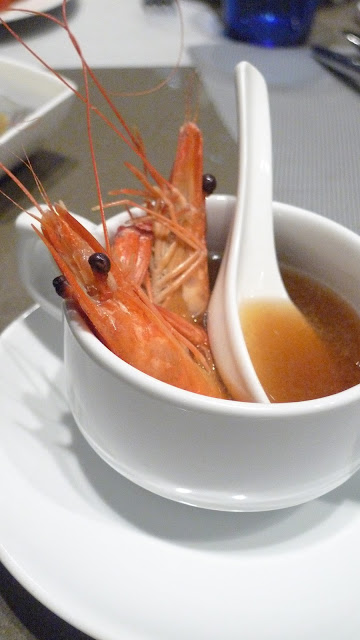 The heady aroma of herbs from the Drunken Prawns was the first thing that struck me when I entered Azur. The broth was robust, a tad salty and featured 2 very good succulent prawns (again!). 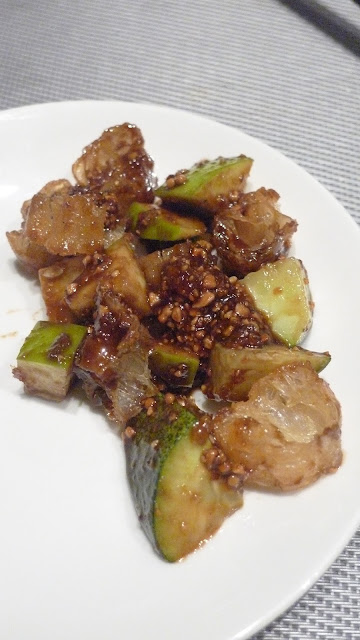 A local touch was the DIY Rojak station. The crispy pieces of you char kway in the sticky prawn paste sauce dotted with crushed peanuts were a nice treat! 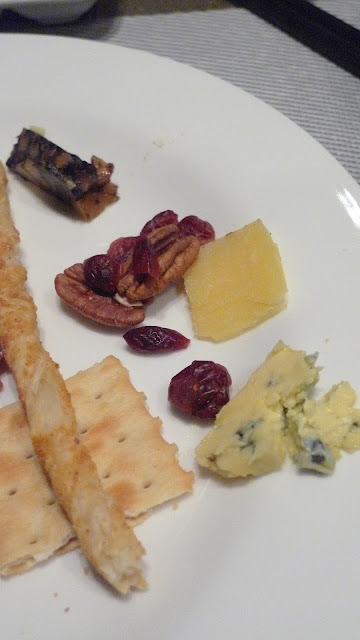 Then I mooved on to the cheeses as I wound down dinner. There was an interesting Porter Cheese (the black oblong thing in the background of the above photo). It was savoury and sweet with nutty notes. 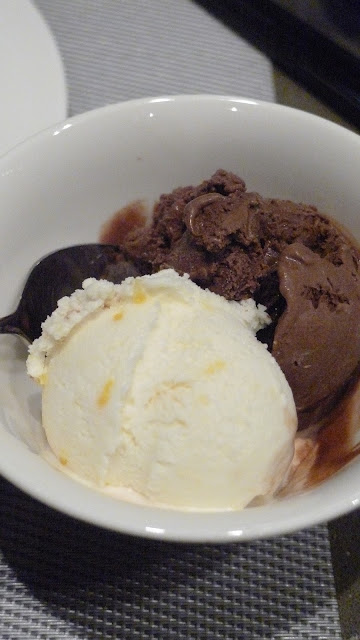 Dessert for me was ice cream because sis said they had interesting flavours. The jackfruit ice cream was very good with an attractive blend of fruity fragrance and creaminess. The Raspberry Chocolate and Chilli ice cream was also a perked up option to regular chocolate ice cream with its balance of raspberry and chocolate flavours and a gentle heat at the back of the throat.

There was also sashimi and an array of desserts that I did not take photos of. But what I found to be sorely missing was a noodles/pasta station. That would have completed the spread.

The adult buffet dinner on a Saturday is priced at $55++/pax. 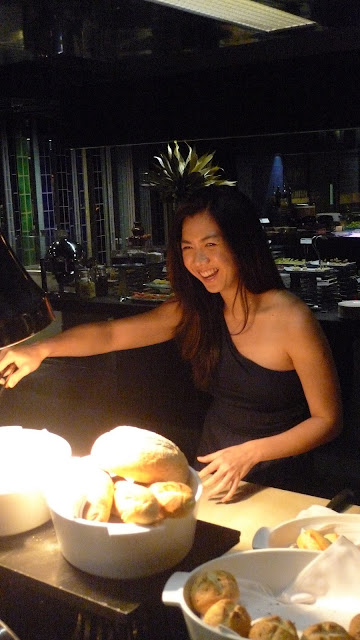 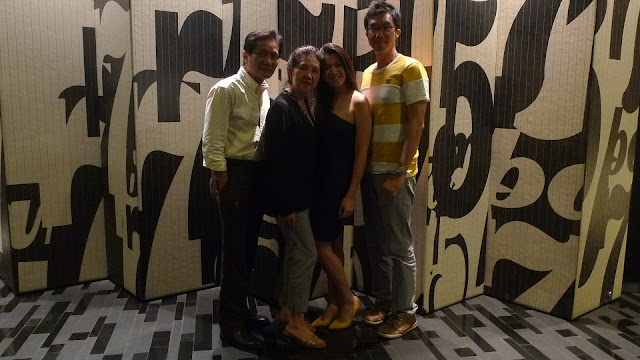 An arty wall as a backdrop for a fa-moo-ly shot. 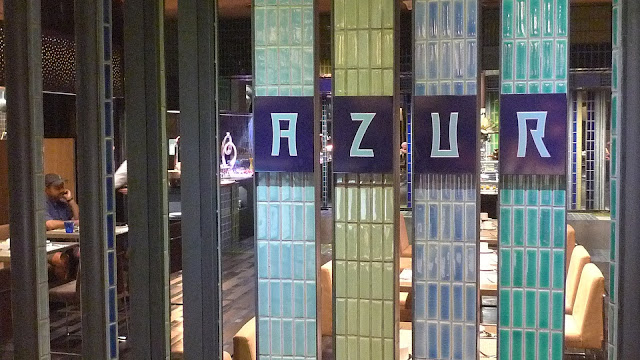 Chew On This: Dining as a group but not feeling like doing a buffet? Ask for their ala carte menu.
Posted by The Hungry Cow at 12:50 pm