It felt like a long first half of the day at 1pm when I had earlier reported at 7am on a Saturday morning to be a kopi boy trainee. But that's another story for another time.

After finishing off, we headed to the MRT but my eyes wandered and by stomachs stirred.

Was that a prawn noodle stall barely 20m across the road that had a promising look? We went for it. Hook. Line. And fisherman.

When considering if to order the soup or dry versions, it always pays to have either one or a combination of the below. Moohehe.
- a dining companion
- 4 stomachs
- 2 wallets 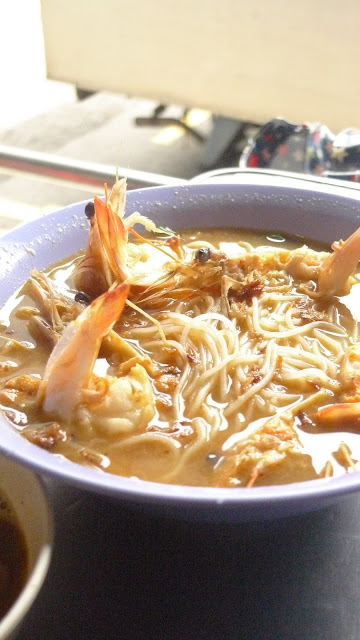 The Prawn Bee Hoon Soup ($5.50 for small) was alright though I would have preferred for the soup to be bolder and more robust. 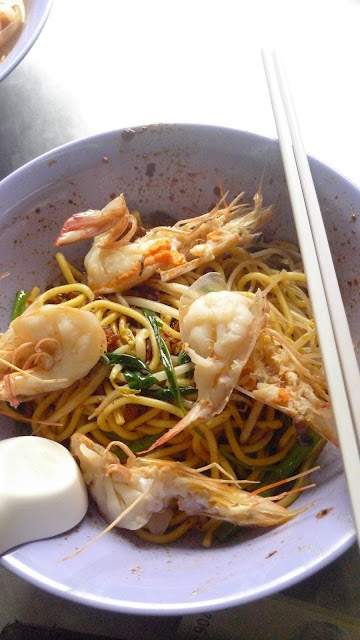 I mooch preferred the Dry Prawn Noodles ($5.50 for small) which had quite a nice kick with its spicy chilli paste, dried shrimp, fragrant shallot oil and pork lard. The prawns had a bit of orange roe near its head, which by the way is awesome to suck on. Some of the prawns could be fresher though. 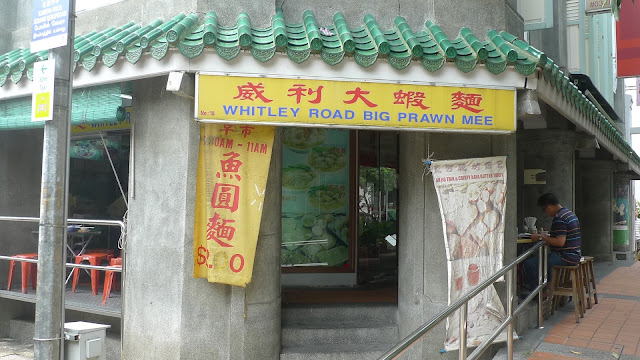 Chew On This: Apparently all 3 outlets are run by a family whose founding member of this namesake stall started selling prawn noodles under the Whitley Road flyover in the 1970s.
Posted by The Hungry Cow at 8:58 pm