There's nothing more sad than fried food that sucks. But when done well, it packs oomph!

Fortunately, it was the latter that prevailed at Supreme Pork Chop Rice. It's not hard guessing what this stall is popular for. So we all had pork chop. Moohehe. 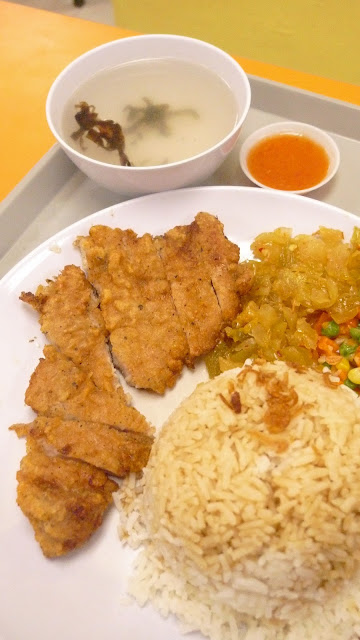 The Pork Chop Rice ($4) had a good size pork chop boasting a crispy coat of biscuit crumbs and juicy meat. Salt, pepper and, I won't be surprised, some MSG but all very balanced and tasty. There was an old school appeal that I like. The classic, homely egg dip and crushed cream crackers treatment before deep frying. The side of salty, tangy preserved vegetables made me crave for kway chap. LOL. Ahem. 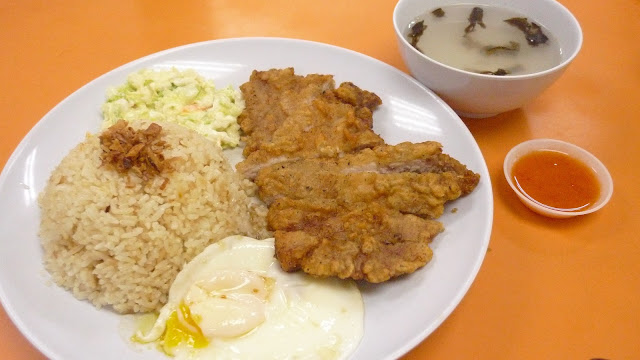 The Pork Chop Fried Rice ($4.50) was about the same with the exception of fried rice and the 2 sides of coleslaw and a fried egg. The fried rice was really average though. 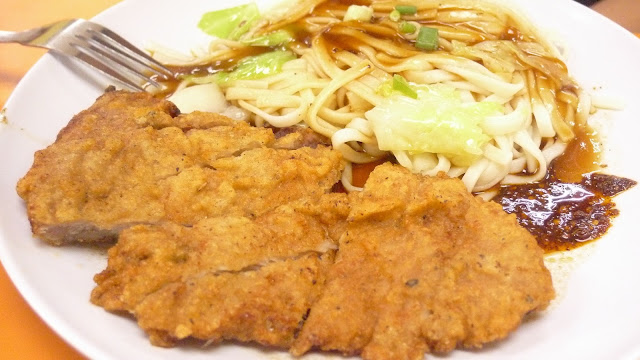 If noodles rock your boat, one can also opt for the Pork Chop with Noodles ($4). The brown sauce was characterless but what got me hooked here was the mala chilli paste. It was spicy but pretty fragrant with Sze Chuan pepper corns.

Now if only they offered a XXL pork chop like one of those Taiwanese fried chicken stalls... 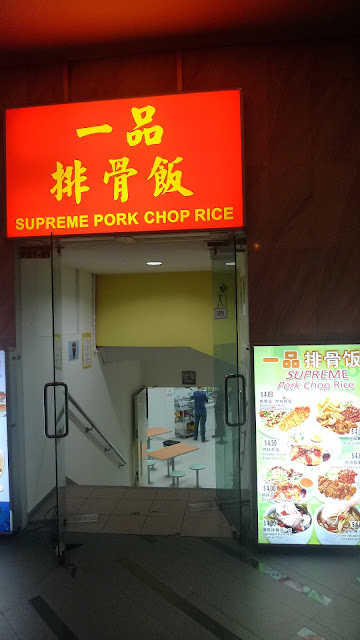 Chew On This: I hear there's usually a queue for lunch so swing by during dinner if you can!
Posted by The Hungry Cow at 10:06 am

I will always eat this with the noodles! Love the spicy paste

I think I need a tongue check. I did not quite like the taste of their pork chop. I wonder if I am the only one who did not give them a good review.

KopiKosongGirl: Yes, the mala chilli with the pork chop is sooo tempting I had it a 2nd time in the same week. :p

FoodieFC: Hey no worries. Taste is personal so don't get your tongue check! As long as happy can already. Moohaha.