For something different...Sabah Kuo Man Noodles

This cow was on his way home for dinner and was waiting for the bus when his eyes strayed. Sabah fish paste noodles? Sounded intriguing. The stomach acids urged but I remain unwavered, looking forward to homecooked dinner.

The next thing I knew, a flyer was in my face. Promoting fish paste noodles and beef soup! Argh. Good thing the bus arrived. Moohehe.

But I've been wondering about this stall since then...

So when an opportunity presented itself, I pitched it to my colleagues and we popped by. :p 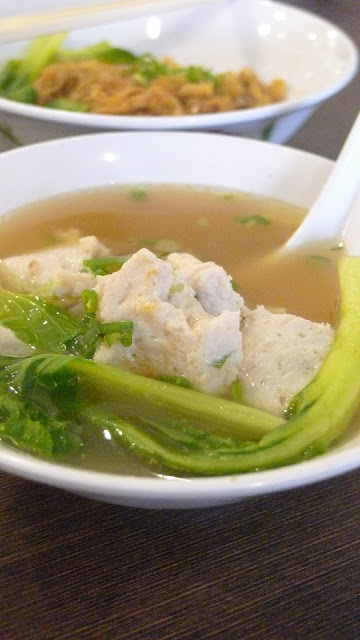 The Fish Paste Noodles ($5.0) featured two bowls- one with mee pok tossed in a dark brown gravy that tasted a bit like the braising gravy from mushrooms, the other a bowl of tasty soup with chunks of fish paste. The fish paste was like a rough and rustic version of fish cake. Something different. I like the soup which had a very savoury touch of, I'm guessing ikan bilis, to it. I found the noodles a bit boring after a few bites. Missing my black vinegar, lard and chilli! LOL.

Add in their chilli sauce which was punchy. 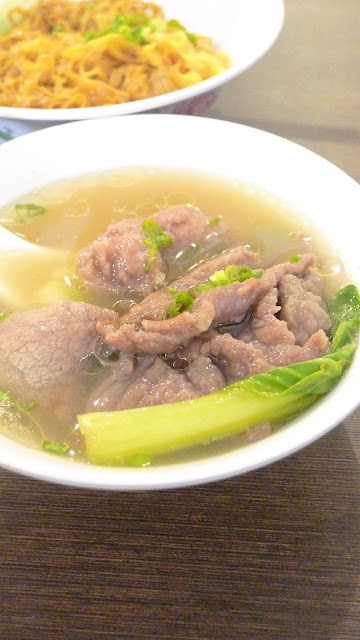 The Sliced Beef Noodles ($4.50) had the same noodles and soup as the fish paste version but featured smooth slices of beef instead. The beef here was tendorised like in most Chinese eateries though it had a richer beef flavour than most. Still, my personal preference is for the bite and texture of non-tenderised beef. 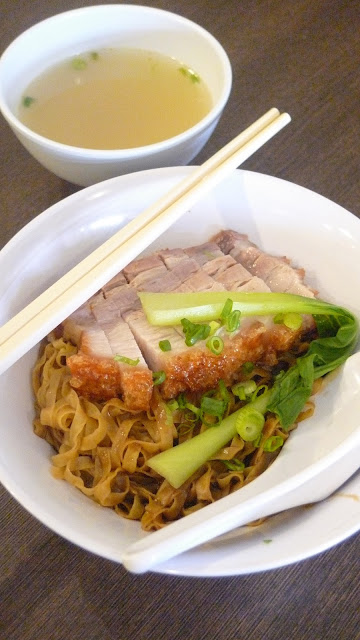 Babi-tarians should check out the Crispy Roasted Pork Noodles ($4.50). The roast pork was juicy and cut into thick flavourful strips. Yums.

The next time, maybe I should opt for kway teow (or hor fun) soup since the dry noodles don't really appeal to me. 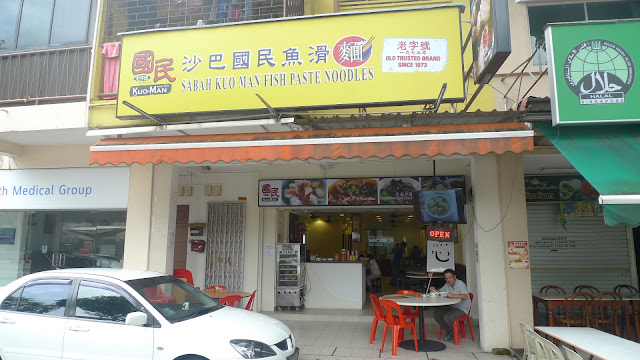 Chew On This: This place serves dim sum too. Maybe the next visit!