This hungry (and often thirsty) cow was actually headed to a wine warehouse sale but made a pit stop at a near by Thai restaurant for lunch.

Seeing they had reasonably priced set lunches which included a drink, we decided to try them. 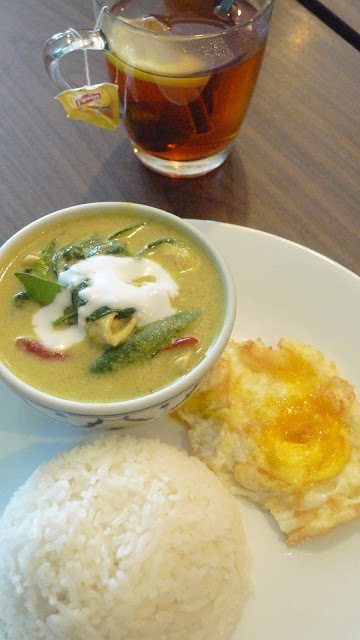 I enjoyed the Green Curry Chicken with Thai Eggplant & Fried Egg ($7.90). Spooned over steamed white rice, the green curry was aromatic and appetising. The blend of spices was well balanced and a drizzle of coconut cream added both creaminess and flavour. The chicken pieces were a little tough but all was good when I bit into a spoonful of green curry and fried egg. 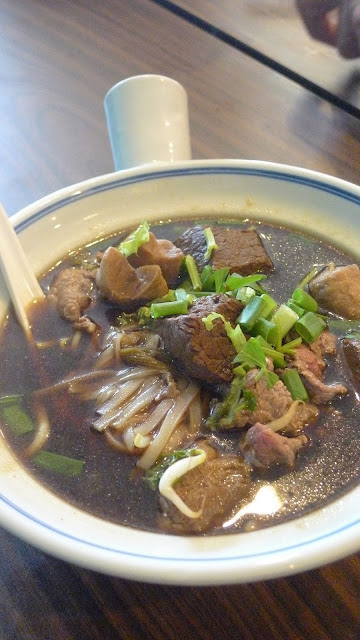 With Beef Noodle Soup ($8.90) listed on the menu, it would be hard for moo to say no. This version here was clear but full-bodied and had a backbone of beef stock, soy sauce and spices like cinnamon and star anise. The chunks of beef (I'm guessing brisket) were quite dry. Maybe shin would have been better. The beef slices turned out better- with nice bite and flavour. The beef balls were also not bad. 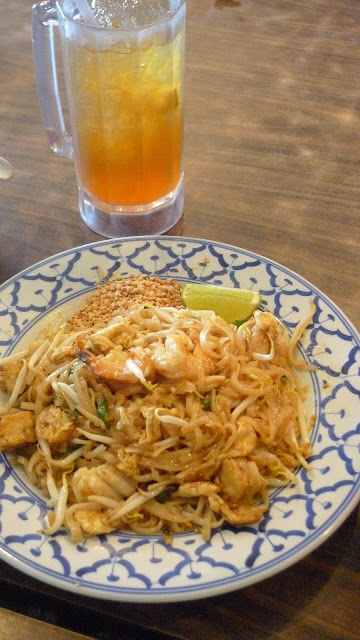 The Pad Thai ($8.90 for the seafood option) bordered a tad on the sweet side but was nice and moist. Good smokiness too. A squeeze of Thai lime perked it up. 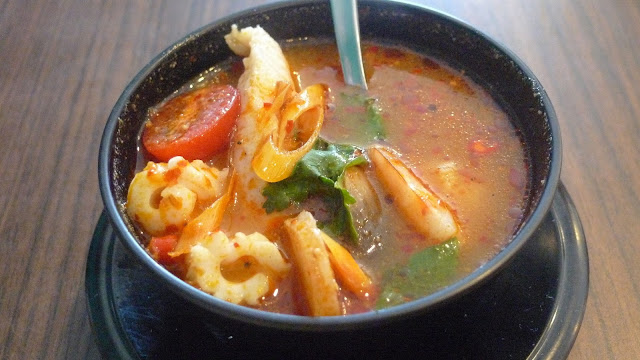 With any of the set lunches ordered, an additional $2 would get one a small bowl of Tom Yum Soup. While the soup was sufficiently spicy and sour, it somehow didn't quite work for me. A decent mix of seafood including dory dish, prawns and sotong made it seem pretty good value for an extra $2.

Set lunches also entitle one to enjoy 20% off desserts! 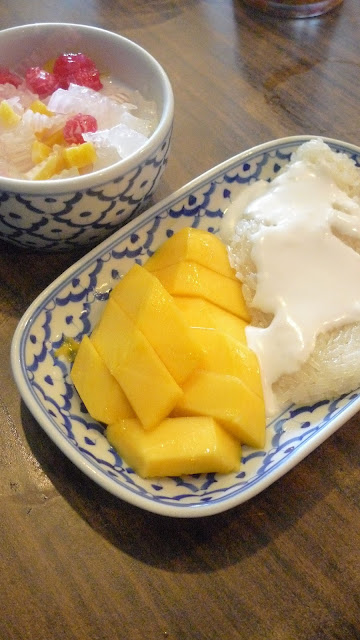 The Red Ruby (U.P$4) was a simple bowl of jelly, "red rubies" that could have more chestnut and coconut milk. Slices of jackfruit really elevated this dessert. On the right side, the Mango Sticky Rice (U.P$6) was a good combination of mangoes that had the right proportion of tangy-ness and sweetness, and a salty, glutinous rice topped with creamy coconut milk.

Then it was off for some wine shopping! Weeeeeee. *Hic* 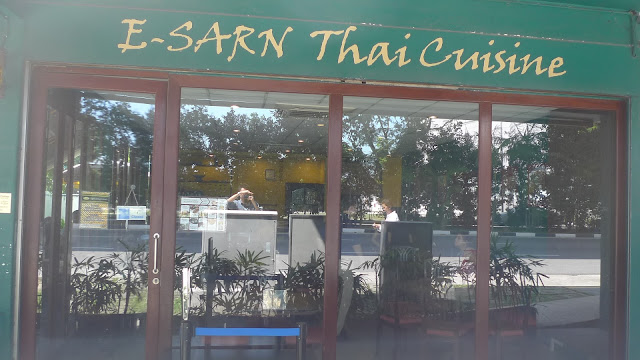 Chew On This: BYO wines here allowed with no corkage fee. Glasses charged at $1/glass and ice bucket at $2.50 though.
Posted by The Hungry Cow at 11:40 pm

Another great post, I appreciate all the work you put into this site, helping out others with your fun and creative works.