On Fridays at the end of a work week, it is a pleasure not to plan anything. A spontaneous meet up set Joo Chiat as the location and dinner was whatever tempted our eyes. And what a Friday feast it was!

Being a lazy Friday evening, I'm not going to document names of stalls and prices. Friday evenings are too precious to fuss about details. :p

Finding our way to Dunman Food Centre, we ordered Wanton Mee and Rojak but were nearly knocked off our seats with a waiting time of 20 minutes and 1 hour respectively.

So while waiting, we headed the gahmen's call to productivity and ordered other food. Moohaha. 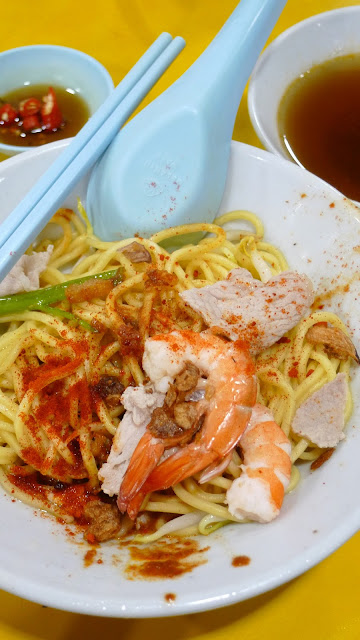 Prawn Noodles Dry was decent and inhaled in a flash. The chilli paste had quite a nice kick. 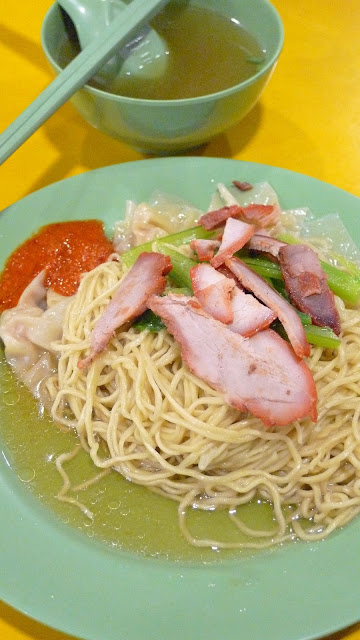 This Wanton Mee was from the "less famous" stall which had a total waiting time of just 5 minutes. I like the chilli sauce which was quite aromatic. But the slices of char siew were sad. 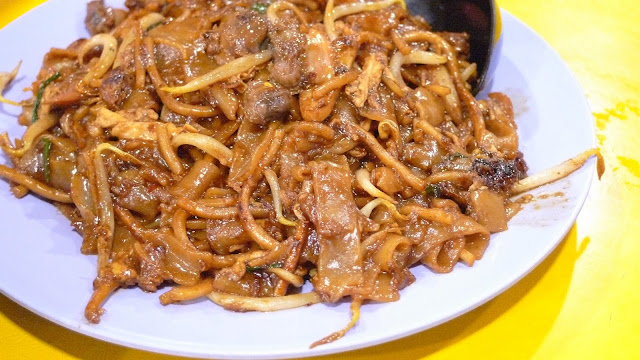 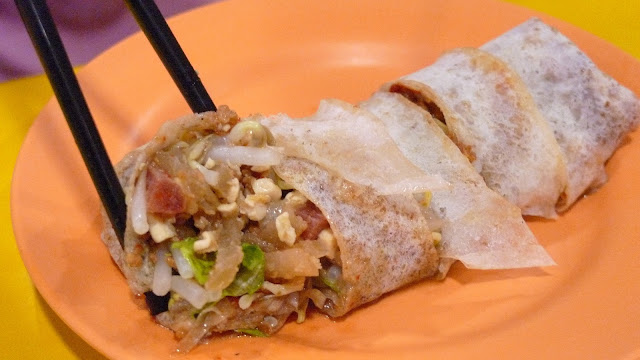 And was balanced off by the refreshing, sweet crunch from a veg-filled roll called Popiah. 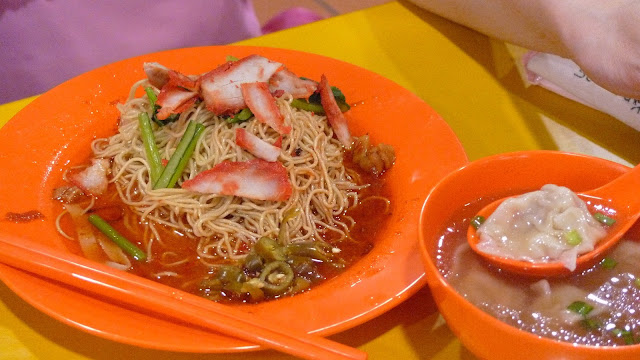 Hey then the "20-minute Wanton Mee" appeared! The noodles were springy and there's that good mix of chilli and lard but I still don't feel the wait was justified. Sad to report, the char siew was pathetic. :( 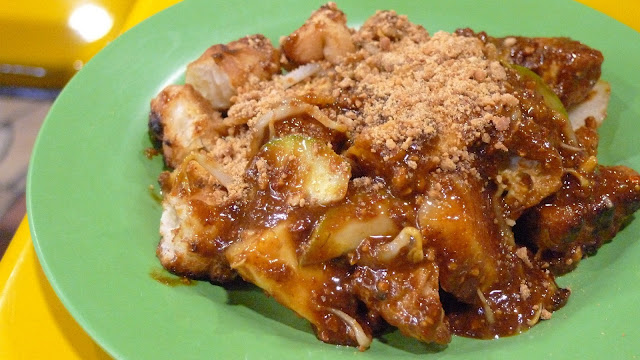 How about the "1-hour Rojak"? It was delish! The cubes of tau pok and pieces of you tiao spotted a nice crust with a smoky appeal from being freshly grilled over a charcoal fire. The peanut and heh gor (prawn paste) added fragrance and texture, binding everything together nicely. I would order this again but would order other food to comfort the wait, of course. 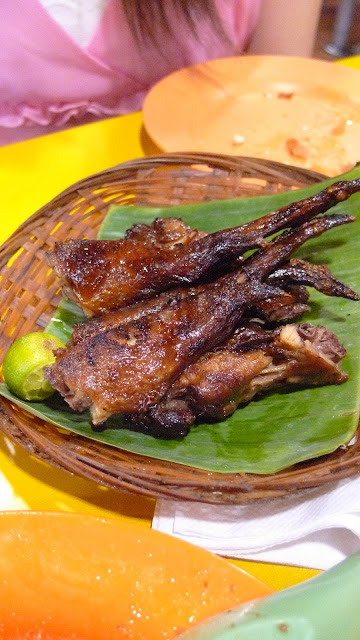 Before we left the hawker centre, it was one basket of BBQ Chicken Wings that would be our last item there for that evening. Well...let's just say, the basket was nice. LOL.

After killing off the Tsing Tao, we wandered along Joo Chiat and ended up checking out some awesome Beef Ball Soup!

With our tummies now busy and with the humid heat creeping up on us, we sought air con comforts and entered this wine hideout that was cool with an almoost industrial feel. Nothing fancy but with an appealing secretive yet approachable vibe. No passwords (oh please, it's a Friday!) needed too. :) 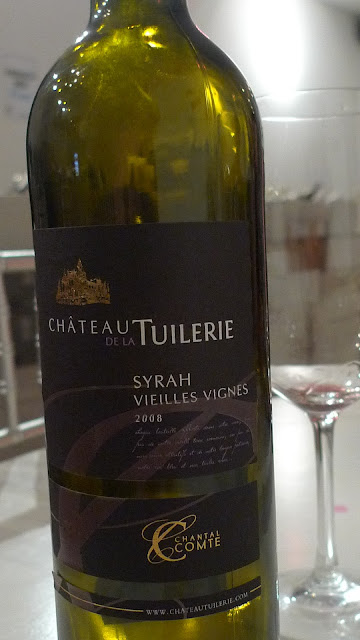 Vino for that night was this French Syrah which had a distinct aroma of cracked pepper with some fruits just in the background. Though the palette was hollow with not much after taste, I kept the faith that I was imbibing healthful benefits. Moohehe. 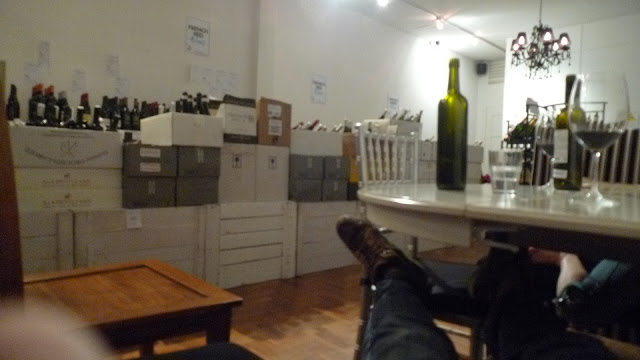 All Fridays should be like that yo!
Posted by The Hungry Cow at 11:39 pm