After last year's inaugural Erdinger Maifest in Singapore, I was delighted to be a part of this year's edition. 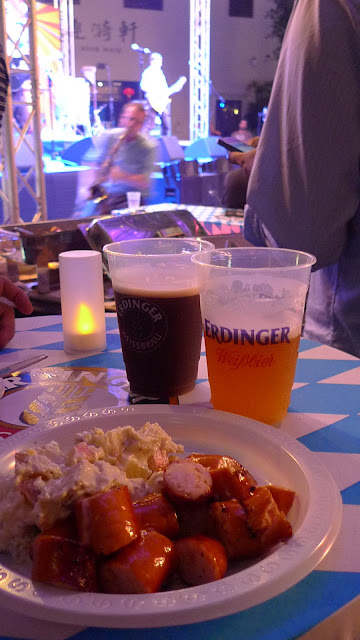 It is futile to resist cold Erdinger wheat beers and sausages. Moohaha. 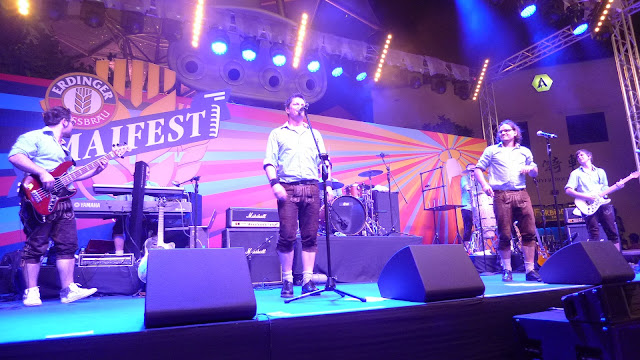 Also back this year was the Bavarian band Ois Easy. Their energetic and playful sets entertained all who were there though the night. 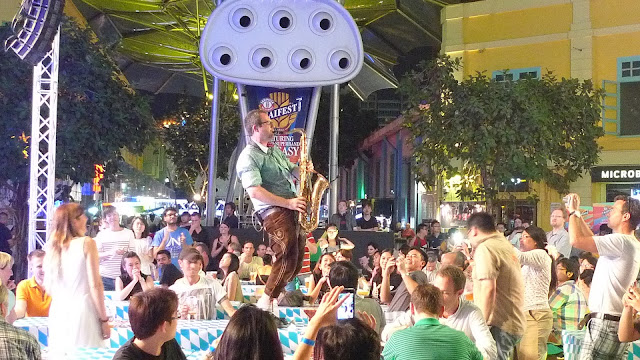 Only an ang moh dude can get away with standing on the dining table in Singapore. LOL. It was all fun. The crowd lapped it up and cheered him on! 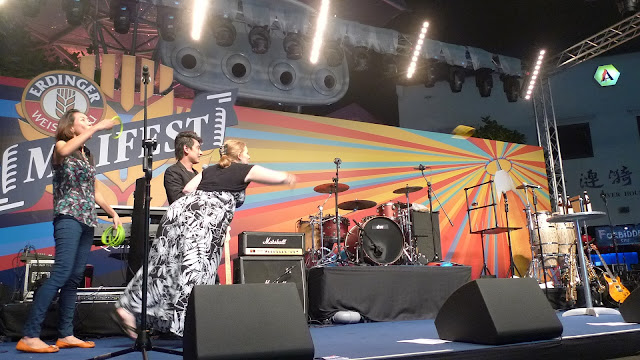 There were games on stage too. Getting people to toss hoops into Erdinger bottles proved to be funny to watch especially when the participants had been drinking! 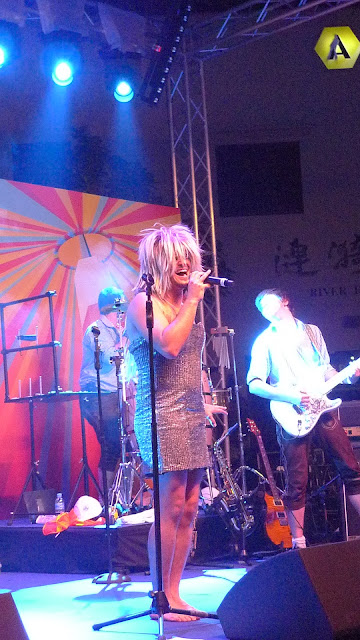 Then after a couple of beers, I rubbed my eyes when what appeared to be Tina Turner took to the stage. Moohahaha. Her his voice was pretty good for a Tina Turner. Definitely my favourite act of the night. 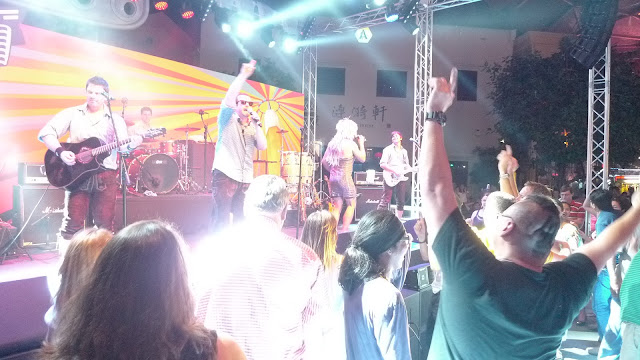 And hey, I am not alone. Expats, locals and even tourists had a ball of a time together. Such is the magic of beer and music. Almoost heavenly.

Thanks to Sheena Sim of Iris Nation for the invitation.