A Day Trip into JB

Needing a break from work, a short getaway is good. But like team sports such as soccer and basketball, it can mean the sometimes arduous task of gathering friends, coordinating schedules and agreeing on itinerary.

So akin to jogging, sometimes all one needs is just a pair of shoes. Armed with my makan buddy, we headed into that favourite getaway city of Singaporeans- Johore Bahru. There was nothing really planned. Just a list of recommended eats from a Google search online and a relaxed, open mind.... and nature's best tapao containers- 4 stomachs. Moohehe. 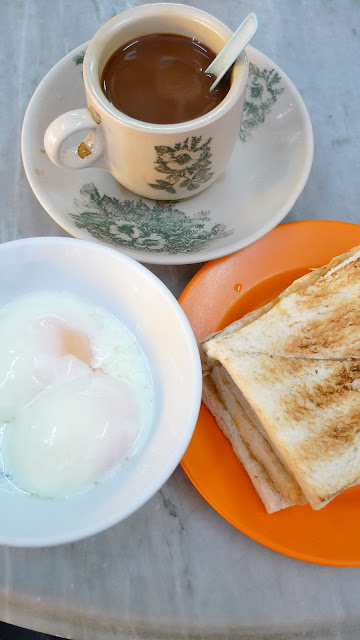 First stop just about 10 mins walk from the Causeway entrance was this quaint, old coffee shop Restoran Kin Hua at one corner. Perfect time for breakfast. While the kaya butter toast was forgettable, the kopi was smooth and rich, and the two large soft boiled eggs tok kong! 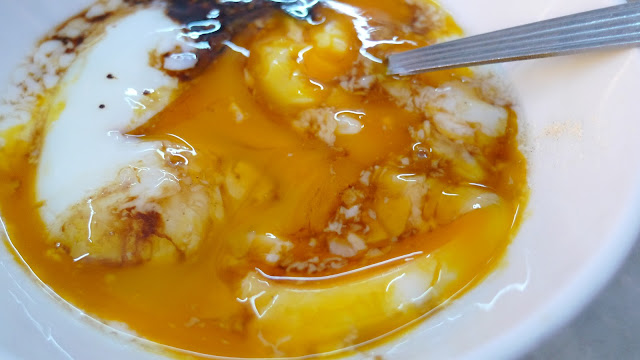 A drizzle of dark soy sauce and a sprinkling of white pepper into the broken yolks made for a delicious mess. The eggs were a golden, orangey hue and tasted very rich. Very very good start! 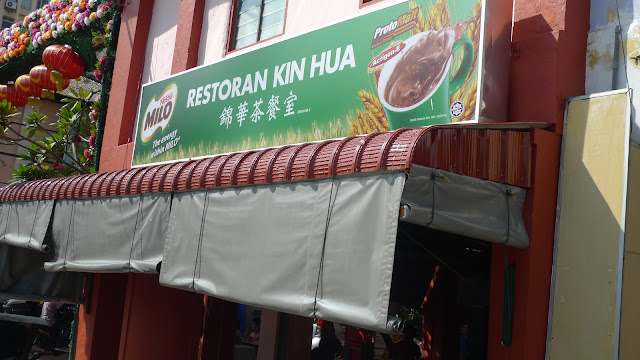 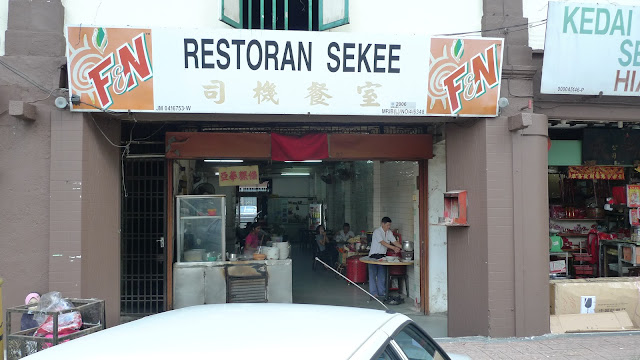 Next up we ventured into Restoran Sekee for some noodles. 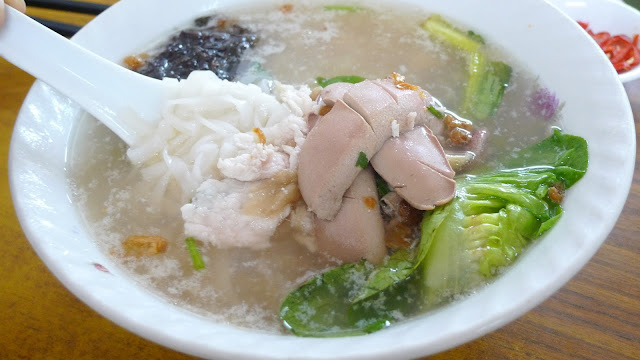 The Kway Teo Soup with Everything (full works for burger speak) was a light and tasty bowl of smooth kway teow, pig's liver, kidneys, lean pork and bits of lard. 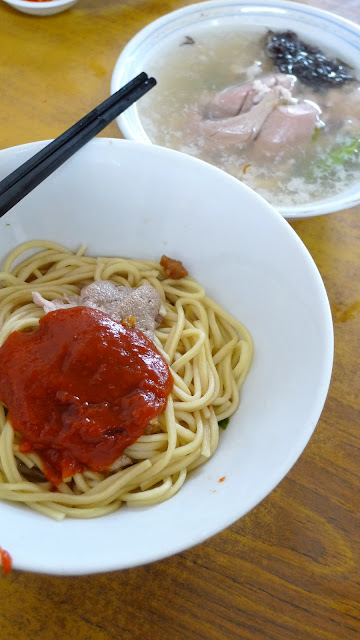 Wanting to give the dry version a shot after spying a neighbouring table, we ordered the Dry Noodles. The egg noodles were different from the ones we are used to in Singapore. These were slightly thicker, more chewy and less yellow. Doused with a chilli paste and spiked with vinegar, these noodles were made for slurping. :p

In the same area, we wanted to try IT Roo. Said to have the best Chicken Cutlet in JB but alas even after strolling around and returning twice some minutes later, it was not opened. :( 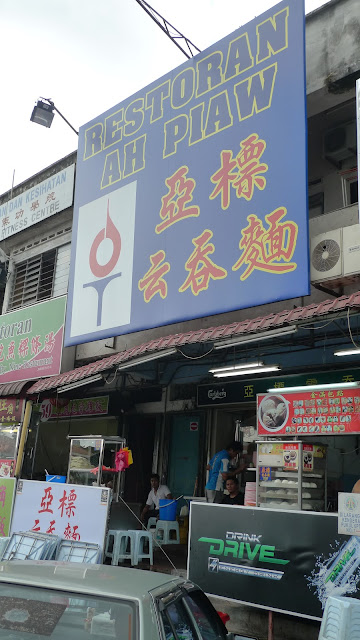 Deciding to give the stomach a short break, we took a taxi to another district some 10 minutes drive away. Here, we whacked the wanton mee stall. There were many stalls and not knowing which was the better one, we randomly tried our luck. 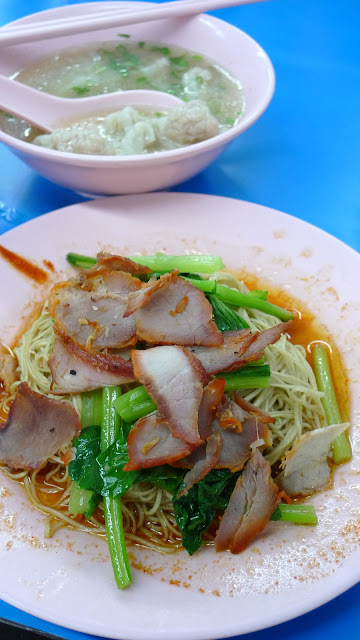 It turned out average at best. The portions of char siew, noodles and wantons were generous but the char siew was a big let down- too lean and without any roasted flavours.

And then it was a 2-hour full body marination massage that was cheap and rather shiok. Moohahaha. Ahem although it was amoozing that I did not regurgitate my wantons at the forceful kneading of the PRC lady.

After the massage, we shopped around a bit at KSL City before buying tickets for Skyfall at RM12. And we managed to squeeze in a bak kut teh meal before James Bond. Yay! 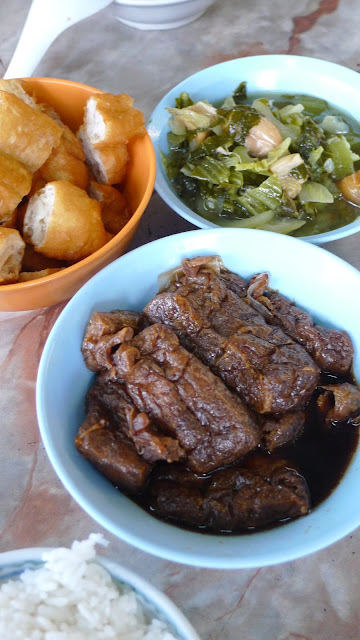 The most awesome side dish here was the preserved vegetables. Salty with a savoury, tangy punch and cooked till tender with pork belly and lard, it was sinfully goooood. 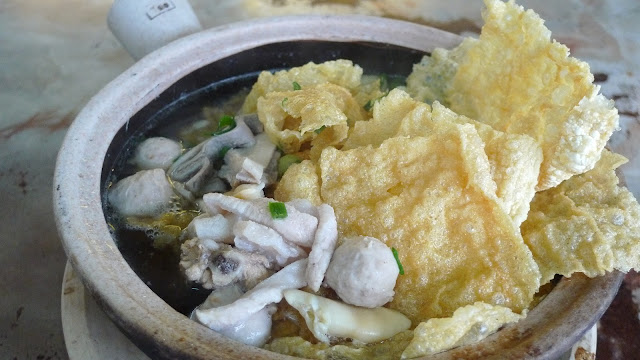 The Bak Kut Teh itself was a big claypot of goodies. With only 3 pieces of pork ribs, the other ingredients seemed to steal the thunder. But never mind because they were all great in this pot. Pieces of pig's stomach, intestines, pork balls, tau kee, golden mushrooms, pacific clams and QQ strips of pork which were both chewy, springy and gelatinous at the same time. The soup here was neither the white peppery Teochew version nor the dark herbal Klang one. It was sort of an in between with lightly herbal, sweet porky flavours. Excellent pot! 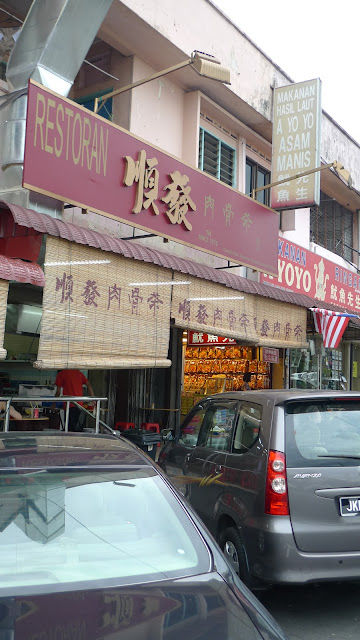 Restoran Shoon Huat, I will be back for moore.

Then it was time for 007. Didn't know he had such a thirst for Heineken. LOL.

When the movie ended, it was a mini adventure of sorts when the whole theatre of movie-goers walked through a dark corridor (think black out) only to realise that the entrance was the other way.

Bellies asking for some food, we made our way back to City Square Mall, near the Causeway. 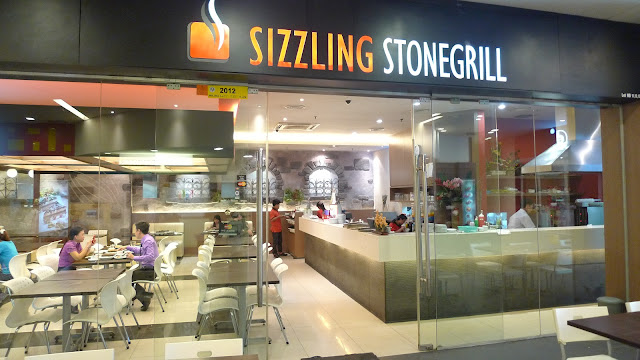 Hot stones anyone? Like a little sizzling action of raw meat on heated stone slates. 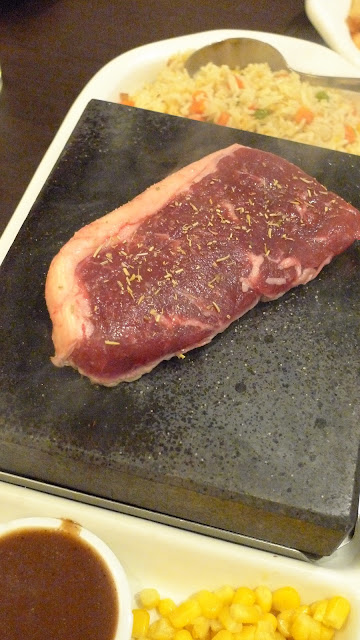 Seasoned minimally, the Striplion was a little tough but was quite enjoyably beefy. 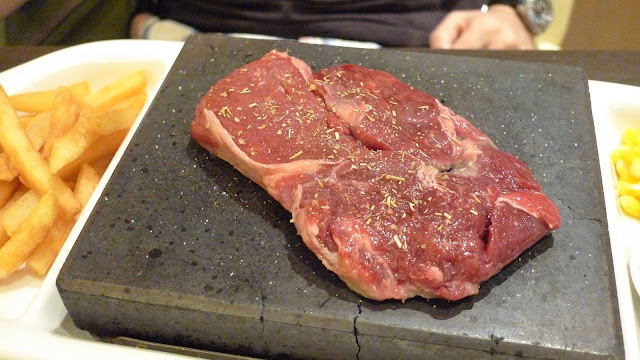 The Ribeye, on the other hoove, was milder in flavour and decent though nothing to shout about. I didn't expect too much anyway.

Well rested and fed, our day trip to JB came to an end as we boarded the bus for Victoria Street.  What a great one day getaway! :D

Chew On This: Cos the exchange rate is looking pretty good too.
Posted by The Hungry Cow at 11:11 pm

the bak kut teh and kway teow soup looks good!

maureen: The bkt was poweeer! :D