My friends were in the queue so herd instinct guided this cow to join them in the queue. Moohehe. It was Saturday evening and Poulet was full-house with a queue to boot!

After queueing almoost 45 minutes, we were happy to be seated. Hallelujah! Orders were placed quickly as we had decided on what to order while in the queue. 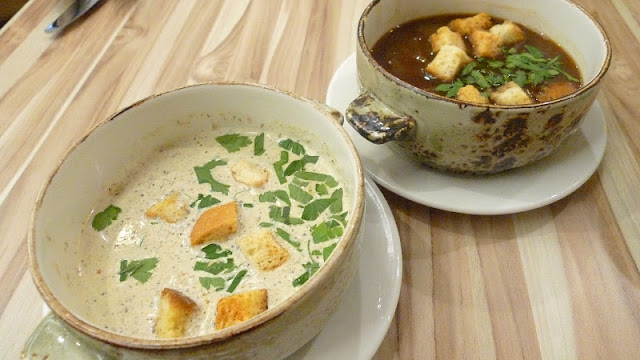 The soups rushed to the aide of hungry bellies. The Country Side Mushroom Soup ($5.80) was intense, rich and creamy while the French Onion Soup ($5.80) had a good depth of flavours from caramelised onions and red wine. 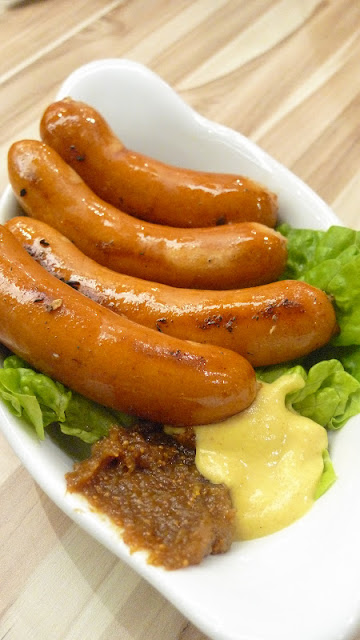 Next came the Saucisson ($6.80)- tasty garlic and pork sausages with a snappy skin. The mustard and homemade black mission fig marmalade were very good condiments for the sausages. 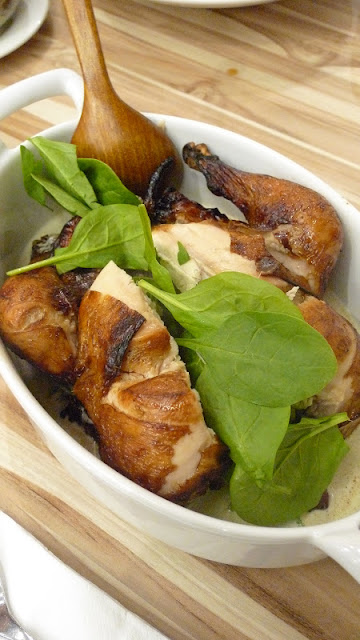 And we couldn't have not ordered the Poulet Roti ($28.80 for whole bird). The namesake dish of the eatery is French for "chicken" after all. Apparently brined for a whole day before being roasted, the chicken was a pretty decent roast chicken. The breast part was sufficiently tender and with good flavour. Below the chicken was a mushroom and Chardonnay sauce that was creamy with a hint of citrus and white wine. I also like the baby spinach that later wilted in the residual heat. 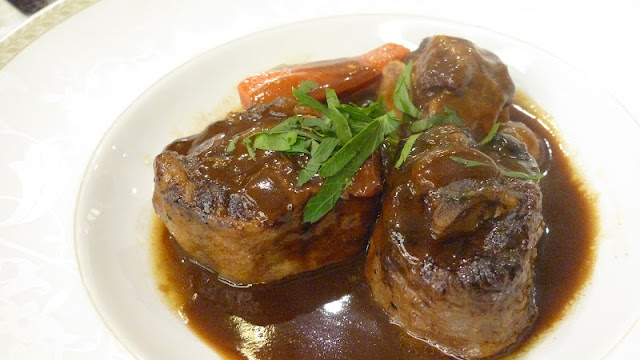 The other main we tried was the Oxtail be Bourguignon ($15.80). The meat was very tender and the sauce had a rich flavour with nice depth. I am suspecting there's wine in here too. :p 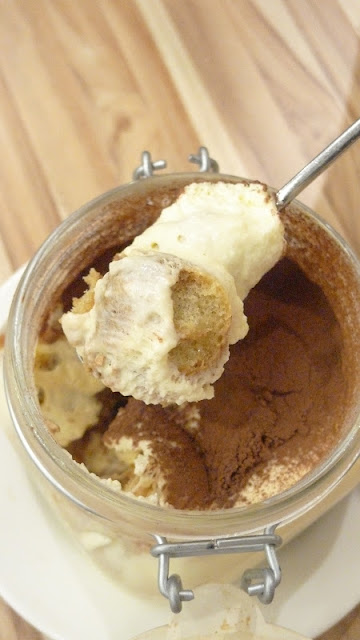 For dessert, the Tiramisu ($7.80), which was served in a glass jar, was very enjoyable. Mascarpone cheese, sponge fingers soaked in espresso and rum syrup. It was rather light and a bit airy and I reckon very dangerous....one could polish this off if not careful but I have good friends. LOL. 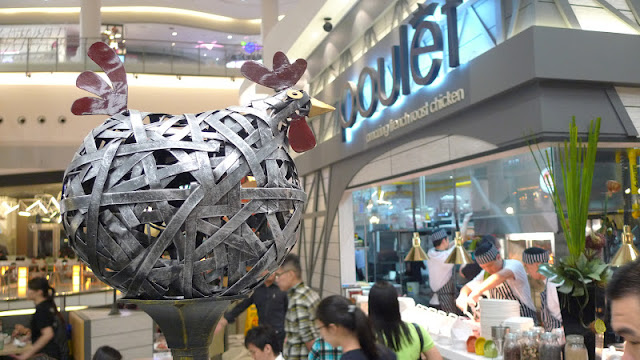 Chew On This: Their Caramelised Apple in Puffy Tart ($7.80) looks good and takes 20 minutes to prepare but unfortunately I might have to leave it to the next visit to try. They forgot about mine. :(
Posted by The Hungry Cow at 9:44 am