It was about 9pm++ and the weather was a little chilly. A hungry stomach made it worse. Then I perked up at the prospect of having a hot bowl of pho. :)

But before pho, we had salad first....because since there is no cooking involved, it should arrive faster at the table. Moohahaha. 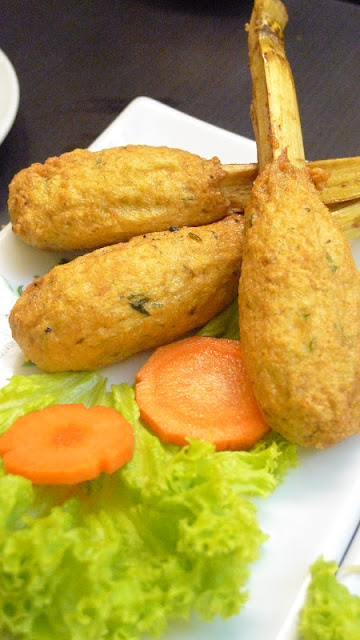 Arriving just minutes later was the Sugar Cane Prawn ($9.90). The lightly-fried prawn patty was akin to a cross between otah and fishcake. I love chewing on the sugar cane after eating the prawn patty. It certainly makes a nice snack. 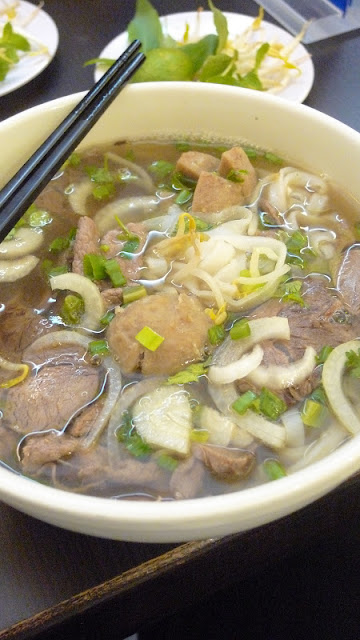 Before I finished chewing on the sugar cane, the Special Beef Noodle Soup ($9.90) appeared. Its light, clean beefy broth enhanced by a dash of fish sauce, a squeeze of Thai lime and a few slices of chilli, made for great slurping. The sliced beef and boiled brisket/shin had a nice natural bite and were flavourful. The beef balls were also yummy. 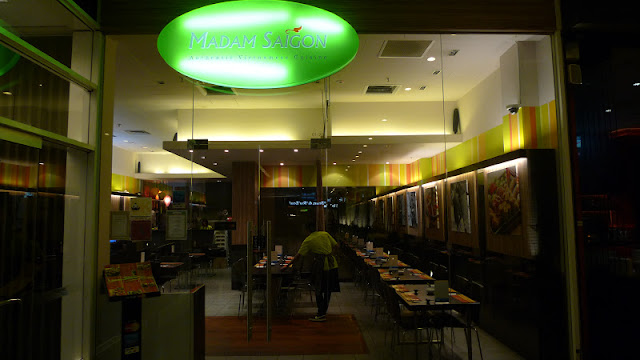 Chew On This: For an executive set lunch option. 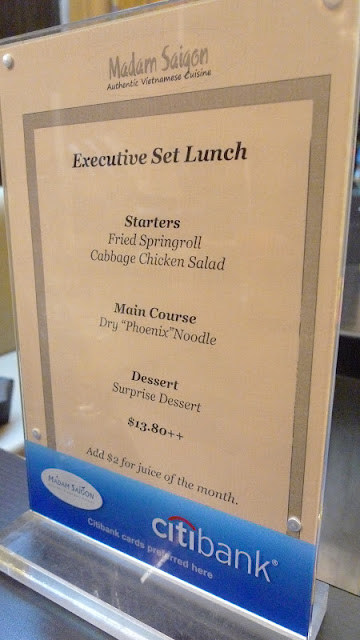 Nice review...
i never try vietnamese food before
i hope i can try it one day

thanks for writing about this! I always just walk by and never walked in.

Lovebbi Suryanto: Thanks and I do hope you try Vietnamese food! :)