After a Saturday moo-rning of iFly, weFly and also got iFry (Moohehehe), I took a nap at home before heading off to Keropok Man's and Momo's place for dinner.

This foodie couple were so secretive that dinner menu was kept a top-secret. Telling me probably meant that they would have to kill me. LOL. 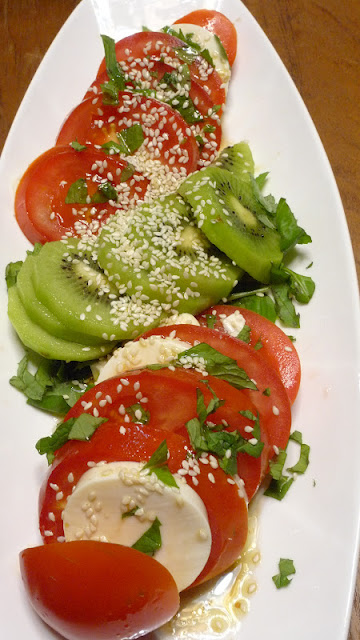 When we arrived, they put out the first dish- a healthy starter of sliced tomatoes, kiwi and buffalo mozzarella tofu in a light oriental sesame dressing. Apparently Keropok Man had a stash of Zespri kiwis and so came up with this dish. ;) 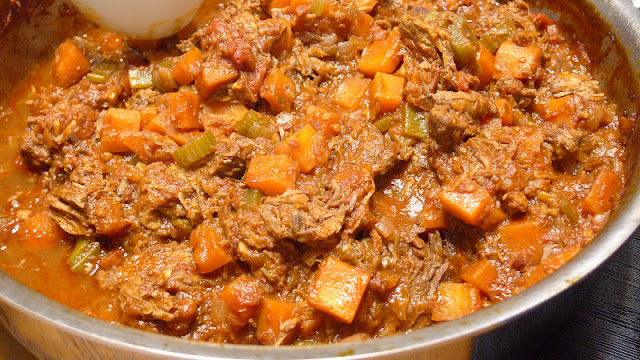 But the piece de resistance was an aromatic bubbling pot of beef ragu. Carrots, onions, celery, red wine & beef = happiness. YAY! Oh wait, maybe they really would have had to kill me for dinner. Moohahaha! 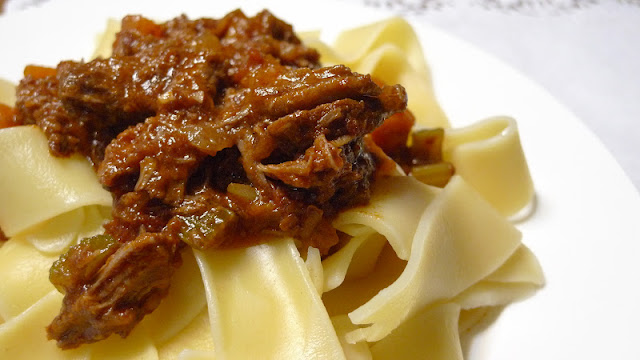 Spoon some ragout over fat ribbons of pappardelle and I am in a happy place. "Spagh Bol" has that certain magic effect on me. :) 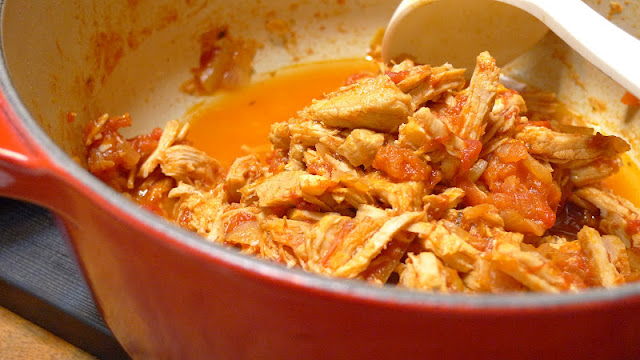 There was also a pork version but my personal preference was the beef one. Yep, call me bias in supporting my own kind! 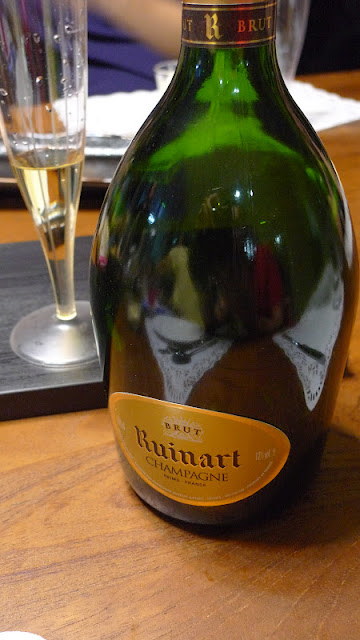 A bottle of Ruinart that was flown from Mandarin Oriental Hong Kong and that has a special significance to the couple was popped and enjoyed. Thanks for sharing the joy. 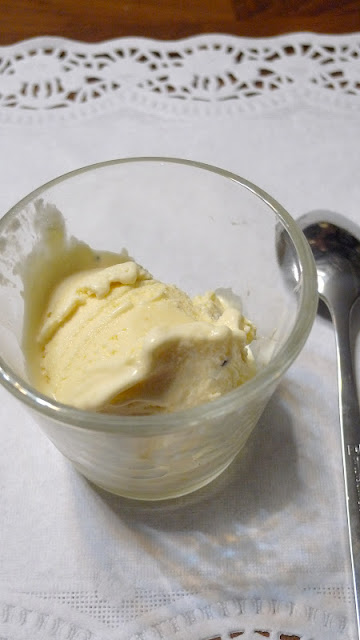 For dessert, they made homemade ice cream which was eggy, rich and unctuous. 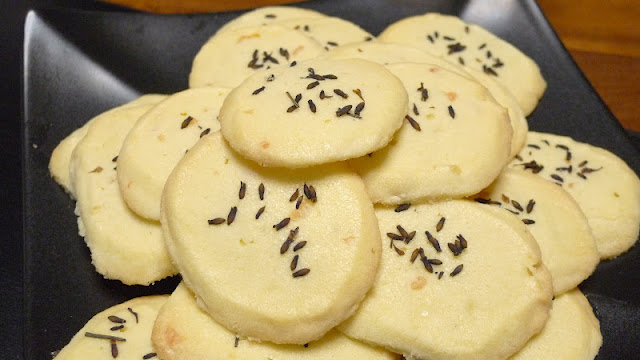 Then we had a surprise round 2 desserts with Lavender Cookies courtesy of Keropok Man's sis! Slightly chewy butter cookies with a pleasant lavender flavour. The pink Himalayan salt sprinkled on top was a nice savoury touch but a tad intense with the large crystals of salt.

I like dinners like this. Simple, from the heart, tasty, homely and with foodie company. Thank you, Keropok Man and Momo for having us over for dinner! :)

Chew On This: Cos it's priceless.

You guys were great company!