Recent work has brought me to Amoy Street pretty often. Many times, I would walk past Swee Kee (Ka-Soh) Fishhead Noodle House (or more affectionately called Ka-Soh) but somehow never stepped in. Life has a funny way...

One Sunday evening after shaving botak for charity and after a few Erdingers, Neil suggested having dinner here. LOL.

And what a delicious dinner it was. :) 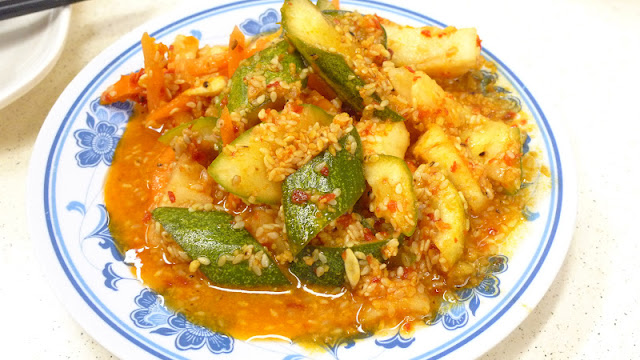 A crunchy, vinegared plate of pickles ($3) to whet the appetite. 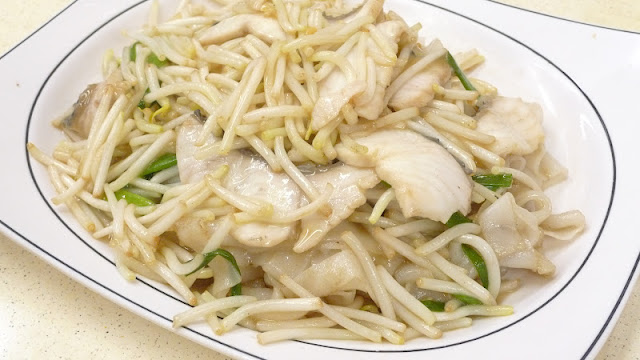 The Fish Slices with Tossed Hor Fun & Bean Sprouts ($9.20/pax) looked plain but the wok hei simply breathed life into it. The bean spouts were crunchy and the hor fun tasty with the smokiness of a hot oiled wok. Two hooves up!

Inspired by Michael Jackson, we can also have our hor fun black or white! Moohehe. 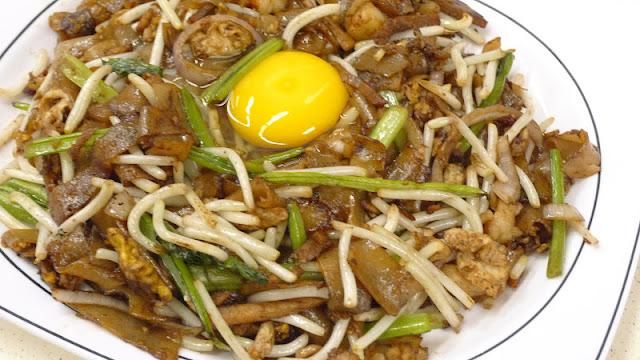 Tadah! Hor Fun with Dark Sauce ($7.20/pax)- The magic here was the egg yolk. Mix the raw egg into the hot hor fun and the residual heat gives rise to a creaminess that lightly coats each ribbon of hor fun. The wok hei completed the whole dish.

But Ka-Soh regulars would know that there is more to it than hor fun. 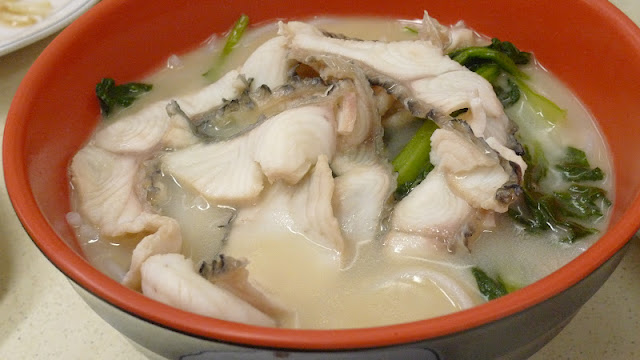 The eatery is also known for its fish bee hoon soup. I opted for the Sliced Fish Noodles ($6.20/pax). It wasn't the rich, umami-fied, aromatic (think heavy notes of ginger, shallot oil and hua tiao jiu) fish soup I was hoping for. Instead, it was mild, natural with a gentle sweetness. Apparently no milk was added to the soup which was boiled with sheng yu (snakehead fish) bones for over 4 hours. 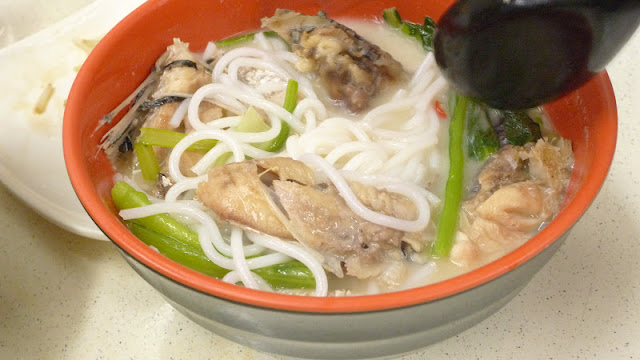 A Fish Head Noodles version was also available at $7.20/pax. 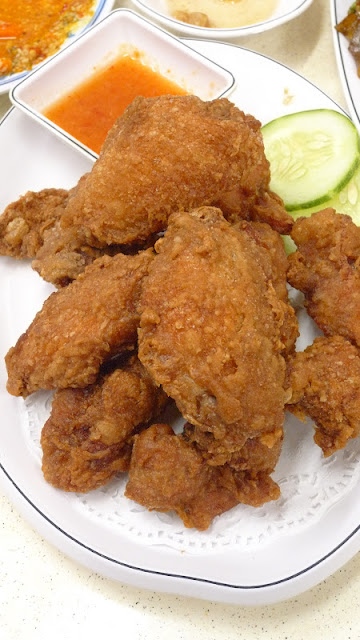 One should also not miss the Prawn Paste Chicken ($13.50). Fried to crispy golden brown, the chicken wings were juicy and well flavoured with the heady, earthy prawn paste. Pretty shiok! 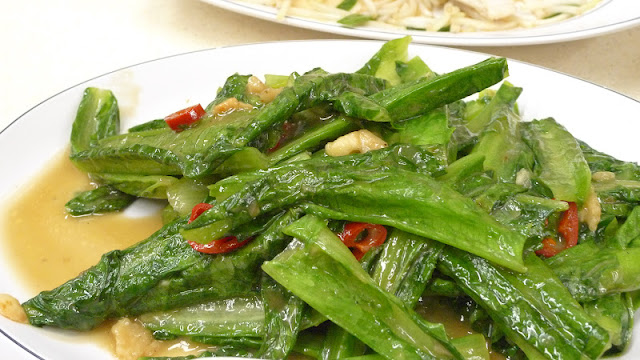 You Mai ($7.50) fried with fermented beancurd lah and garlic was a delicious way to eat vegetables. Crunchy, fragrant and savoury. 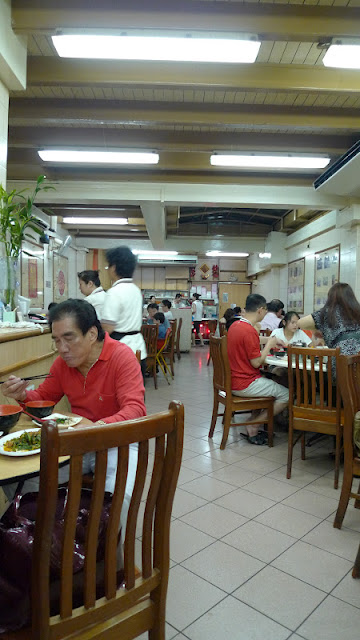 The interior oozes old-world charm and gives me a glimpse of what a restaurant was like in the early years. Like Chin Mee Chin Confectionery and Yet Con, this old schoolness is somehow very appealing to me. 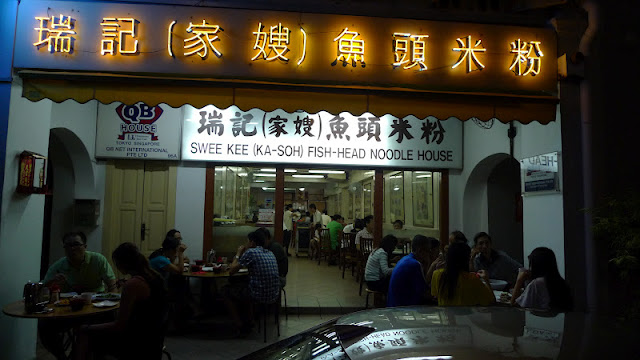 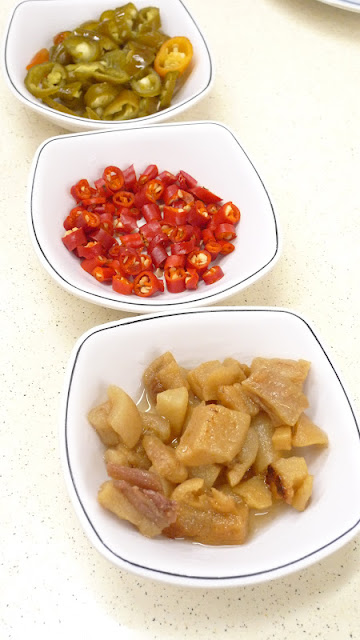 This restaurant is very forthcoming. Listed in black and white are a number of things like:
- Tea (slightly sweetened chrysanthemum) and towel are chargeable at $1.60 per pax
- No service charge
- Time is needed for preparation of the fish head soup and steamed dishes. Apologies if the dishes come late.
- Don't forget your belongings when leaving the restaurant
- No corkage for BYO
- Please display parking coupon. Charges from 5pm are 50 cents per 1/2 hour until 10pm.
- We are a GST registered company
- We charge $1.20 for 2nd plate of lard.

Moohahaha! So cute lah. Everything is spelt out clearly....so don't complain. :p
Posted by The Hungry Cow at 11:12 pm

I find their claim that they don't use any milk in their soupy fish noodles quite incredulous. That milky white hue is quite impossible even with lots of stewing of fish bones. And that distinctive taste of sweet milk is quite unmistakable!

Bern: While I can't say for sure if they did or did not use milk, I did not taste any milk on my visit. Or mooybe this cow's taste buds aren't as sensitive. Many thanks for your comment nonetheless! It adds perspective.

Is the branch at Alumni Medical Centre at SGH the same as the one at Amoy Street ? I think parking there is more convenient. BYO is attractive though thinking about what to drink with fishhead noodles is a problem. Seems only bubbly will work.

Derrick: Yes, I think there is a branch at AMC, SGH. Finding a wine to pair with fishhead bee hoon will be fun! Bubbly is cheating. It goes with everything. :p