After my first visit to Dann's Daily over a year ago, this hungry cow returns to graze at this pescetarian cafe. 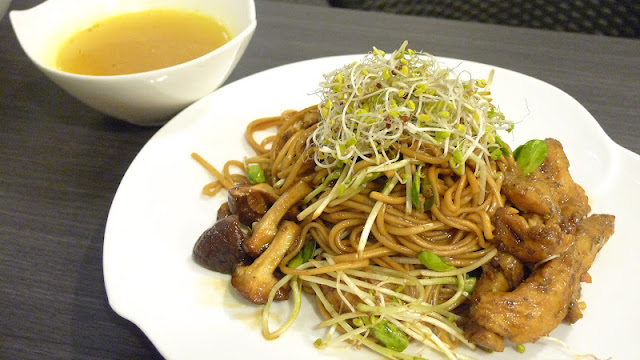 Probably easily moo favourite that evening was the Fish Soup ($10; add $2 for QQ noodles). Wait the above doesn't look like fish soup... It's the dry version lah. Moohehehe. Super QQ noodles were such a delight to bite into and the savoury dressing, raw sprouts and moist pieces of fish made this complete meal so delicious that I tinhk tyipng wuold be dfficlut.

Yikes. Did I say complete meal? Choi! LOL. There was moo-re to come. 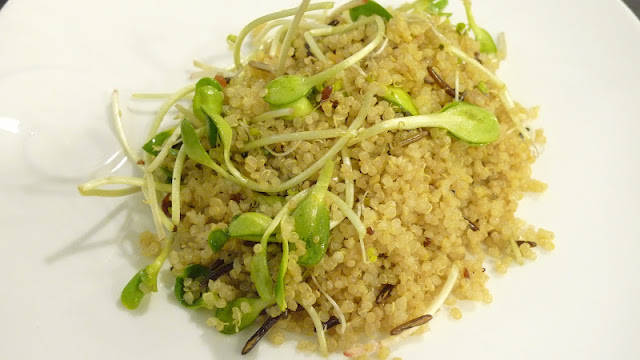 Non-animal sourced proteins aren't limited to just tofu. The Organic Quinoa ($8) is packed with proteins and makes for a light starter (or mains for the small grazers). I think this would be refreshing especially on a hot sunny day. All I needed was a bit more salt in here. 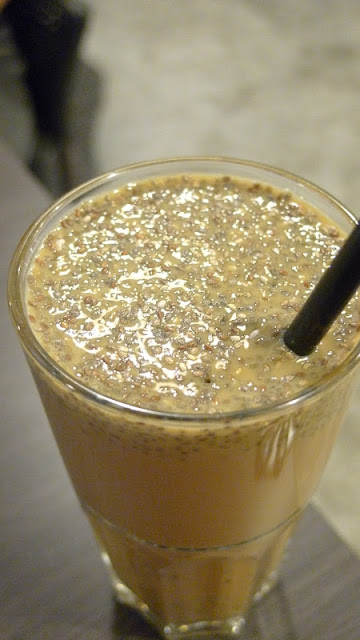 Speaking of refreshing....try the Soy Chia Chia ($7)- it's a chilled milky drink made of soy and chia seeds. A pretty substantial drink and full of omega-3, this could be a great liquid breakfast. It had a bit of caramel/gula melaka taste from the organic carob syrup and the chia seeds provided a mix of jellied and crunchy texture. 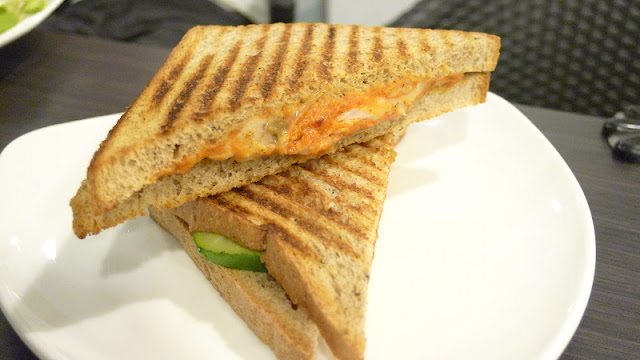 The Otah Japanese Cucumber Wholemeal Triangle Toasties ($5) were quite spicy and I like that the fish was chunky. Also. nothing like a cool slice of cucumber to soothe the heat. 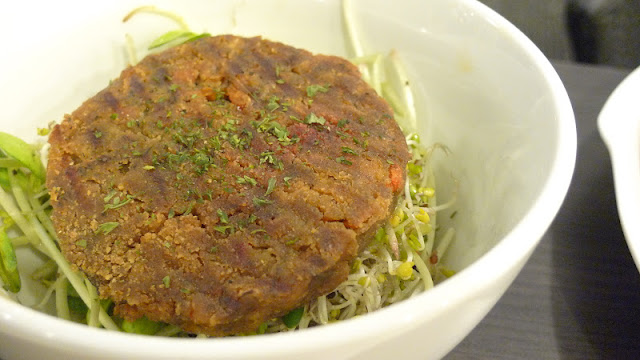 Vegetarian Salad ($7) was a bowl of mixed greens and sprouts with a pumpkin patty. 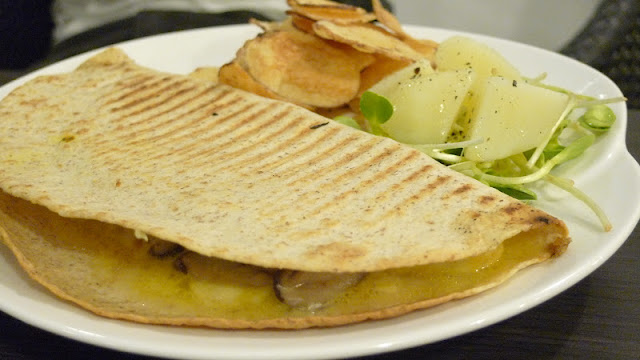 Wholewheat Tortilla Set A ($15) had a crisp shell filled with mushroom, cheese and fish but unfortunately it turned out to be kinda one-dimensional in terms of flavour after a while. Love the potato crisps though! 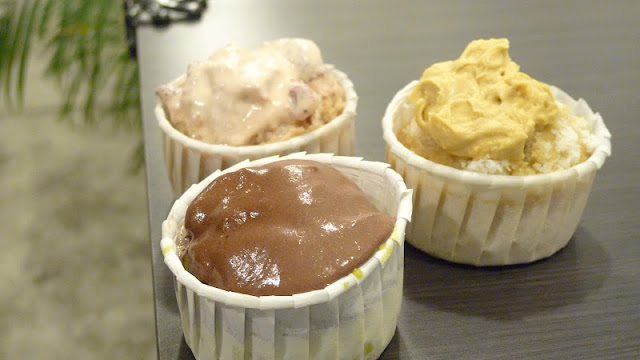 Desserts came in the form of Steamed Cupcakes that were made with organic raw sugar and unbleached flour. These were more dense, sticky and substantial than usual cupcakes so think of them as more like huat kueh! :p

The Pandan Cupcake ($3; nearest to bottom edge in above photo) had the natural flavour of pandan and was topped with chocolate cream. The Strawberry Cupcake ($4; top left) had a good strawberry flavour without the nasty artificial flavouring that I dislike. Fan of gula melaka should try the Gula Melaka Cupcake ($3; top right). The palm sugar added a gentle yet fragrant sweetness while the grated coconut imparted an extra flavour and texture dimension. Makes me wanna moo. LOL.

Thanks to Xing and Paul for the invitation and for hosting this hungry cow. 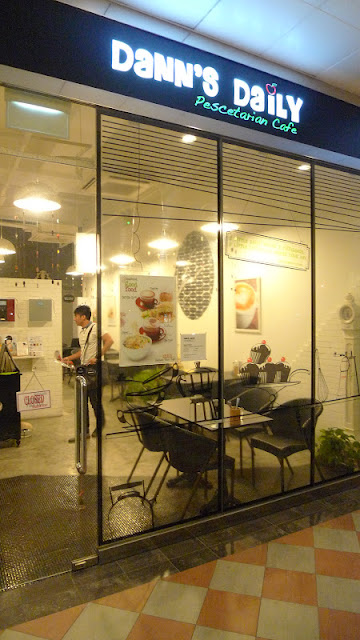 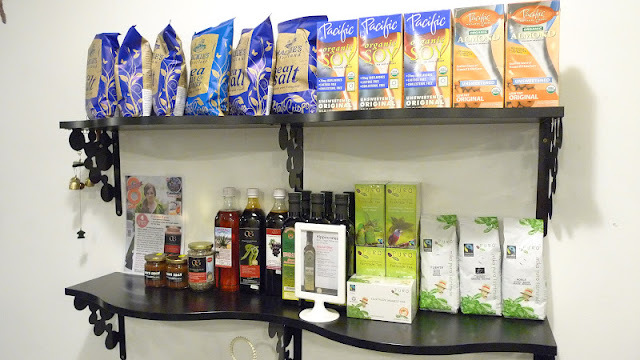 I have a quick question about your blog, do you think you could email me?

Sure. Please feel free to drop me a note at thehungrycow(at)yahoo.com.sg