Ramen with All the Eggs You Can Eat

After nibbling around Savour and with a 16.5% alcoholic strength Amarone in my head, I craved for something warm, soupy and satisfying.

I found it at Ramen Keisuke Tonkotsu King. 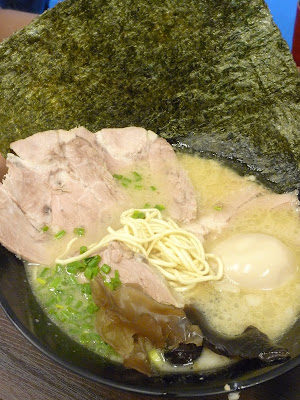 Tonkotsu Ramen Special ($14.80) was the "original" flavour. I love the tasty broth boiled from pork bones. A bit of chicken oil was ladled over the noodles for fragrance and smoothness. The cha shu was also pretty good- tender and flavourful. 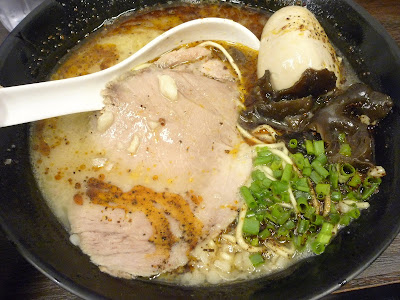 For those who want a bit of spice, try the Black Spicy Tonkotsu Ramen with Flavoured Egg ($13.80). It wasn't anywhere numbing hot but the black oil contained a gentle heat and the flavour of spices (reminds me a bit of mala somehow). Maybe it was the cumin or fennel seed? Anyway, this ramen was ordered with moo-re chicken oil, firmer ramen and a more intense broth so it was really nice and rich!

Moo-ving on to the condiments which one should add for more OOMPH. 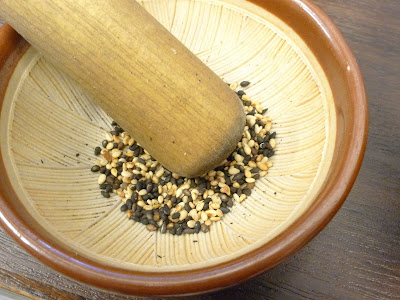 Grind some sesame seeds and sprinkle it over the ramen dish for an added nutty fragrance. 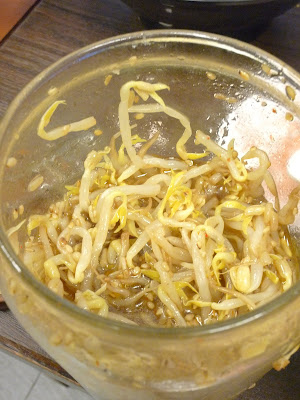 Add in slightly chilled beansprouts that have been seasoned with sesame oil and a bit of chili.

Forgot to take a shot of the bonito flakes but throw that in too! Nice savoury touch. 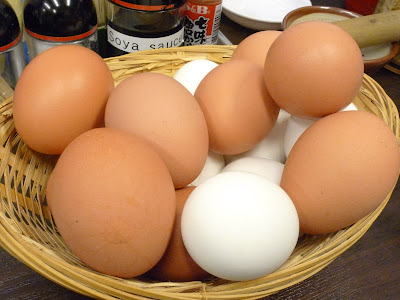 Egg suckers can help themselves to as many hardboiled eggs as they want. Moohahaha. Apparently the white shelled eggs are the normal ones while brown shelled eggs have lower cholesterol.

I would suggest ordering your ramen with egg (this is onsen egg which has a runny yolk) and then whack some hardboiled eggs for an extra protein boost. 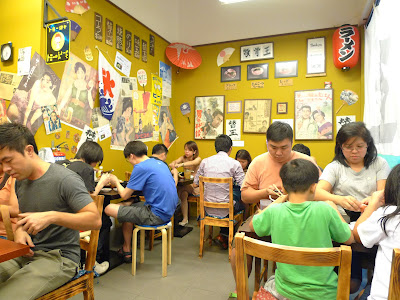 This shop is tiny and seats only about 18 people! Very Japanese feel no? LOL. 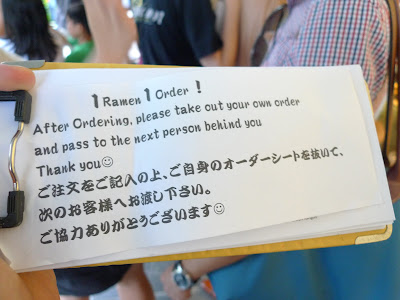 Be prepared to queue a bit but they have a rather efficient system in place. Place your orders while n the queue and the food will arrive shortly after you have been seated. 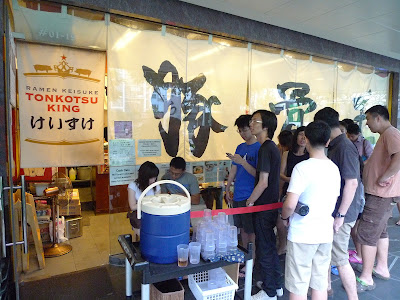 Chew Sip On This: Chilled roasted tea is available at the entrance. A very nice touch to soothe thirsty throats in the queue. :)
Posted by The Hungry Cow at 1:53 am