If buffets rock your boat, head over to Plaza Brasserie for their CNY buffet special- The Dragon Feasts (available from 9 Jan to 6 Feb 2012). 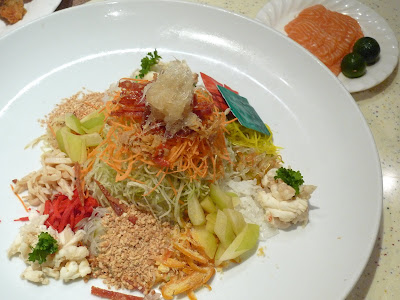 Their Three Kingdom Yu Sheng has traditional Chinese goodies such as shredded abalone, sea cucumber and shark's fin. With star fruits, jambu and a fruity sauce, this yu sheng was on the sweet side but with a refreshing crunch! We had a boisterous toss and were all later wiping our hands that smelled delicious. Moohehe. Perhaps a CNY-themed natural hand lotion or moisteriser eh? LOL.

If you are a hardcore yu sheng fan, you'll be pleased to know that the yu sheng is available as part of the buffet....which means you can toss as many yu sheng as you want! Toss until huat HUAT. 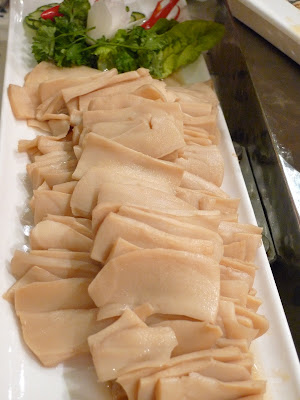 Besides Bak Kwa, abalone is the other thing that increases in demand and price during CNY. Here, you get unlimited Marinated Abalone! I'm not a huge fan of abalone but I can imagine fans of the shellfish going crazy here. Or learn from Daniel's Food Diary and add these into the laksa! ;) 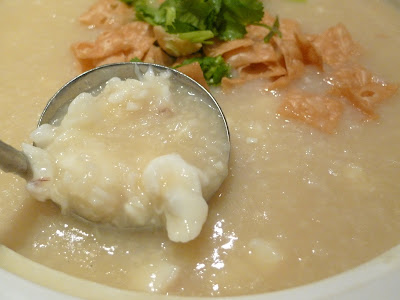 For something warm and comforting, try the Lobster Congee. It was pretty smooth and the crustacean flavour was a subtle sweet aftertaste. 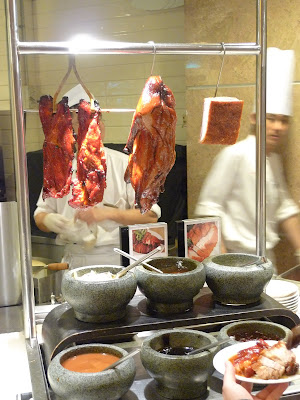 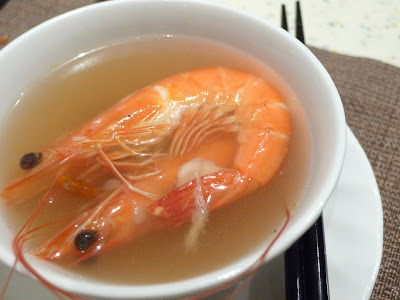 I was also very happy to see their Drunken Prawns with Chinese Wine! Prawns are auspicious (and delicious) things to eat during CNY. Ha! The Cantonese word for prawns sounds like laughter. 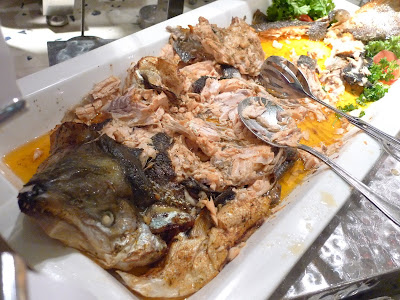 Obviously many people believe in 年年有鱼. Moohahaha! The signature Baked Whole Salmon seemed rather popular as evident in this photo. 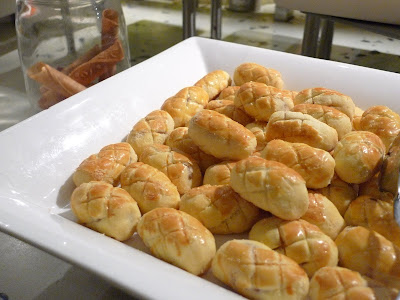 In addition to the cakes, puddings and kuehs, CNY sweet treats like love letters, almond cookies, eight treasures soup and pineapple tarts are included. The pineapple tarts were a little subdued for me and could do with a more fragrant pastry though.

Damned. Think I missed out on the Durian Nian Gao with Bak Kwa! :(

Let me know if anyone tries them.

Happy feasting in the the year of the Dragon! (:

Thanks to Karen Chang of of PARKROYAL on Beach Road for the invitation. See here for pricing info. 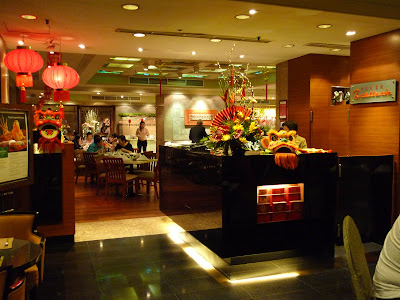 Chew On This: CNY set dinner can also be had at the ballroom from 9 Jan to 6 Feb 2012. Be treated to lion dance performance, tea appreciation by a tea master and an appearance by the God of Fortune!
Posted by The Hungry Cow at 7:26 pm