After visiting my buddy one Saturday evening, we headed in search of a near by spot for dinner. Ah, I remembered this particular casual Chinese eatery that I thought looked promising- odd-sounding shop name, old, simply furnished and operated by Chinese (Chinese from China to be more specific). 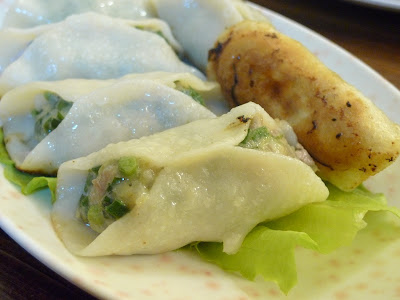 The Pan Fried Pork & Leek Dumplings ($4 for 6 pieces) turned out to be very good! Instead of the usual meat filling entirely enveloped within the dumpling skin, the ones here were sort of like cannoli, the Italian pastry. The filling was packed with the sweet, full flavours of Chinese chives and minced pork. Juicy! The bottom of the dumpling was nicely pan-fried too. 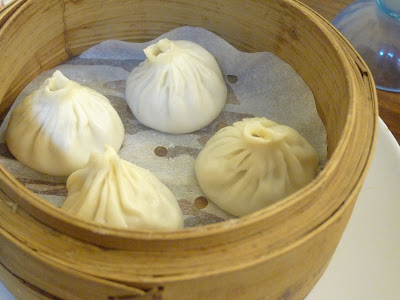 The Shanghai Steamed Pork Dumpling ($3.50 for 4 pieces) aka xiaolongbao was decent too. The slightly thicker skin (yes, apparently Shanghainese xiaolongbao has thicker skin) encased a ball of minced pork that had a small portion of fat for added flavour and a smooth texture. Good value for money xlb.

But it is said that man cannot live by bao alone.

So we ordered some noodles. Moohehehe. 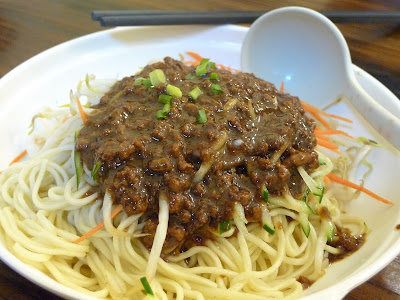 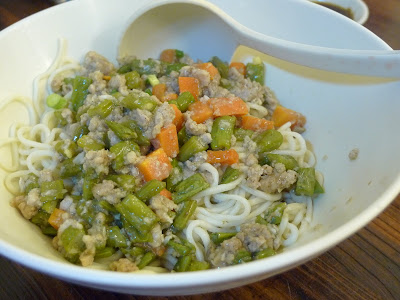 QOB had Noodles in Sichuan Style ($5). It stated "dan dan mian" in Chinese but it was quite unlike any dan dan mian I have seen. Chopped carrots, long beans and minced pork featured in a sauce that tasted slightly peppery and garlicky. Strange but reminded me of bak kut teh... or maybe it's just my craving lah. ;) 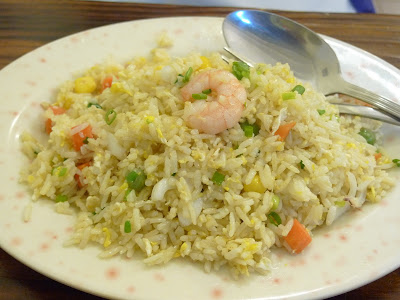 Here's the Seafood Fried Rice ($5) that XPP had. Sad to say it was more like fried rice paralyse than paradise. 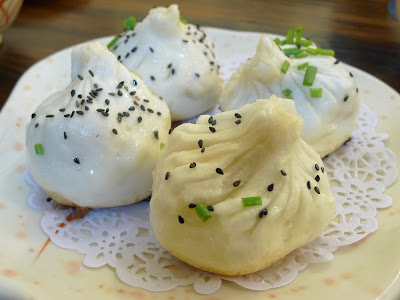 Still feeling a little greedy and curious, we also ordered the Pan Fried Pork Buns ($6 for 4 pieces) aka sheng jian bao. These took a while to arrive as they had to freshly make this bao and then steam it and then pan fry it. Nice doughy texture of the bao and pan fried bottom but I thought the pork filling could be a bit less one-dimensional. Not bad on the whole though I think I would prefer another plate of guo tie.

On a random note, QOB ate two of the above buns! *Applause* 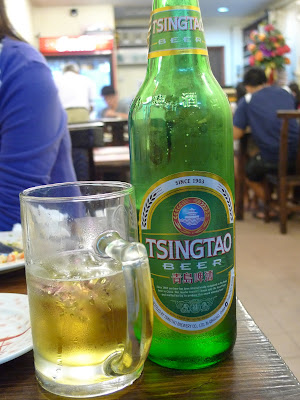 Finally, a cold bottle of TsingTao Beer ($6.50) felt so gooooood. This and the guo tie would be perfect together.

It was a simple yet good dinner. Moo. Will. Be. Back. 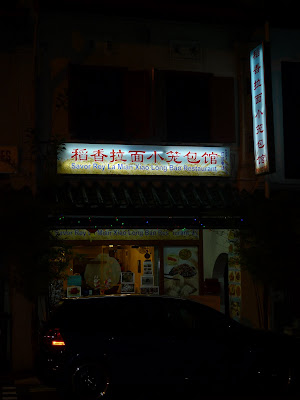 Chew On This: No GST! No service charge! No MSG! Huh? Still want some more ah? Moohahaha.
Posted by The Hungry Cow at 10:57 pm