Being part of a group of foodies and winers from Makansutra forum that meet up once a month for makan, I was excited at December's dinner. The year-end makan outing usually features western cuisine (the normal monthly ones do cze char restaurants) and is an all out excuse for big wining and dining! 2010's one was no different- it was a blast!

Nearly 120 of us amassed at Michelangelo's one Wednesday evening. Bottles were popped, hands waved at friends and were shaken with warmth, cameras flashing and loud conversation flowed with convivial merry-making. 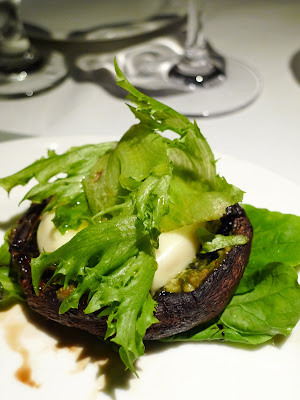 Dinner started with the Baked Portobello Mushroom Spread with Basil Pesto, Sliced Tomato and Buffalo Mozzarella. The beefy, juicy portobello and creamy mozzarella certainly stirred my appetite....which is not advisable and may be dangerous. Really. 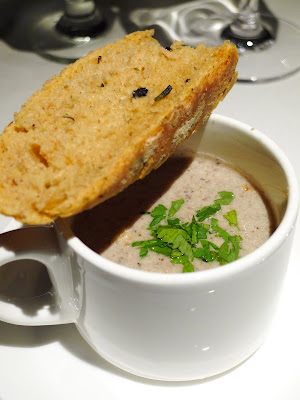 Speaking of dangerous, a waft of truffle oil assaulted (dangerous mah) my nose with the arrival of the Cream of Wild Mushroom Soup Hinted with White Truffle Oil. It was comfortingly earthy and warm. I like its consistency, being neither too thick nor watery. 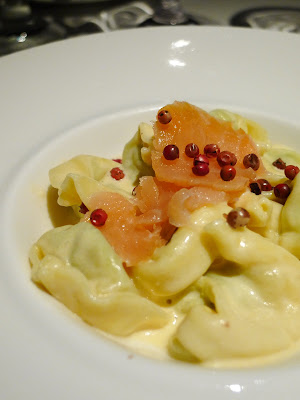 The pasta dish was Tortellini with Smoked Salmon in Lobster Cream Sauce. These ang moh wantons were creamy without being cloying. The saltiness and smokiness of the smoked salmon matched the cream sauce with red pepper corns (bright, fruity and peppery!) nicely. Didn't notice the lobster though. Maybe it was a case of crouching salmon, hidden lobster? Moohahaha. 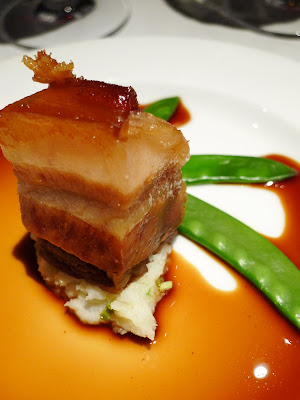 Before the next dish arrived, I was already starting to feel full from a tasting before this dinner. Case of too much on one plate, literally. 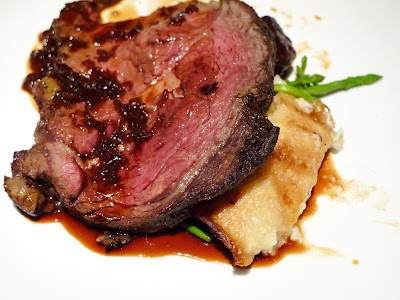 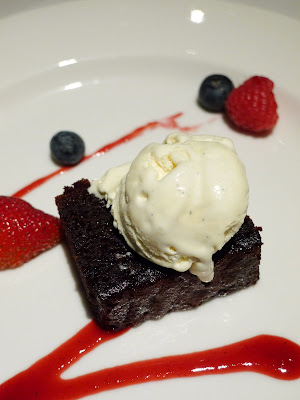 Flourless Chocolate Cake with Raspberry Coulis and Berries Topped with a Single Scoop of Vanilla Ice Cream ended dinner on a sweet note.

The staff and kitchen crew of Michelangelo's did an outstanding job, churning out food that was well executed and served hot to almost 120 hungry and rowdy enthusiastic diners. Big thanks to chef Dennis Ong, wine manager Janice who helped arrange this dinner and of course, to Eslim for organising this awesome makan session! 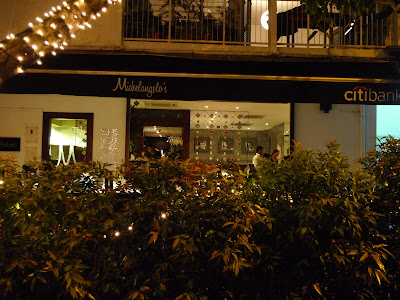 Chew On This: Months ago we had the food bloggers' dinner here! Check out the memories. :)
Posted by The Hungry Cow at 9:11 pm