I was chatting with some media friends at a recent tasting and apparently it's been turkey season for them for the past two months. Oh dear. Poor birds. Moohehehe.

To talk about CNY would be a stretch but my family had some sort of a "reunion" dinner when Mum and Sis returned from abroad. Sick of "ang moh" food, we decided a Chinese meal would be best.

Having had a good meal at Jade Palace for one late dinner (thanks to HT), I made reservations and we were set. 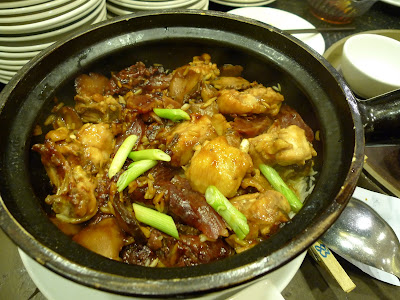 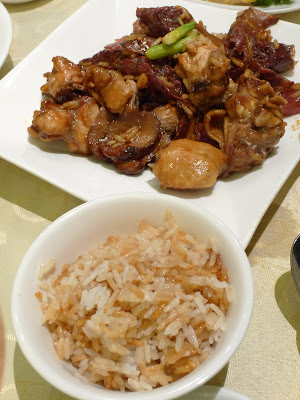 Succulent pieces of chicken and awesome liver sausage! The rice was not as charred as some and wasn't splashed with copious lashings of dark soy sauce and oil but it was some how good. I enjoyed its subtle fragrance and the aroma imputed by the sausage. 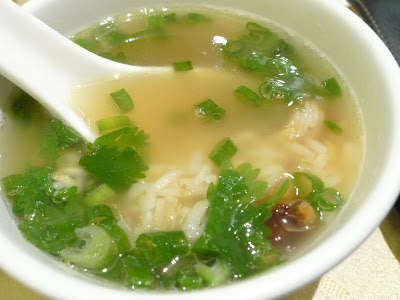 After finishing off the rice, we were asked if we wanted to make a porridge with the left over bits stuck to the claypot base. Because it was delicious and FOC, we jumped at it. This small bowl was truly comforting. 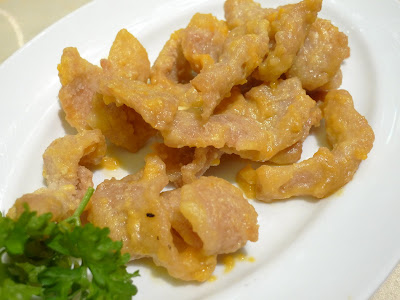 Another lip-smacking dish was the Crispy Pork Cheek Meat with Salted Egg Yolk ($9.80). Slivers of pork were coated with flour and fried before being stir-fried with salted egg yolk. The resulting pieces had crispy fatty bits and the flavour that was released upon chewing was yummy...especially with rice. 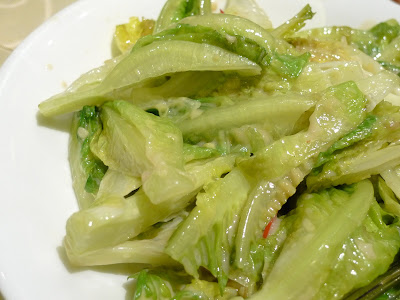 For veg, we had the Sauteed Romaine Lettuce with Preserved Beancurd Sauce ($16). This was simple and crunchy...though I feel it's a bit pricey. 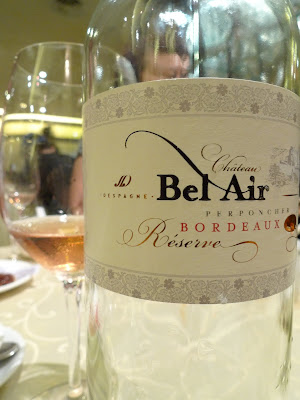 Vino that evening was 1/2 a bottle ta pao-ed from the Christmas fair I was working at. A Bordeaux Rose 2008. Crisp and dry with red berries and a bit of mint on the nose. Paired beautifully with the liver sausage! :D 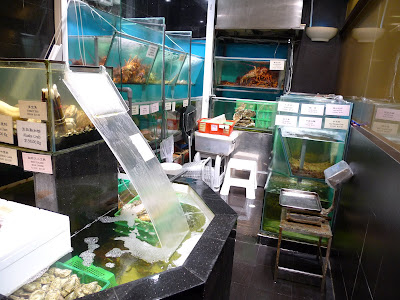 A seafood corner with tanks brimming with well, seafood, should beckon for another trip. After all, the lobster noodles that a nearby couple ordered looked to have pleased them well. 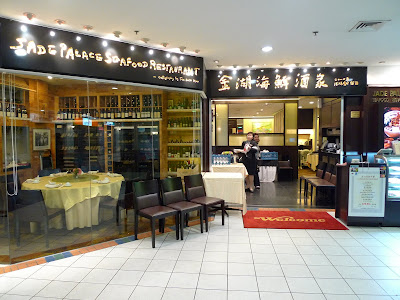 Chew On This: Feel free to bring your favourite bottle as it's a BYO restaurant (no corkage!). Or choose from their reasonably-priced wine list. Out of 10 tables, 7 were having wines. Cheers!
Posted by The Hungry Cow at 1:27 pm