Ok, this is gonna be one long post with lots of food. Brace yourself.

Anyway, when I received the invitation to try out the food at Chaozhou Inn, I was hesitant. A mix of good and not so good comments about their food from friends and family made me think. But with the personal preference of food, it is often best to try it for oneself.....and with Chaozhou Inn located in the east, geography wins sometimes! 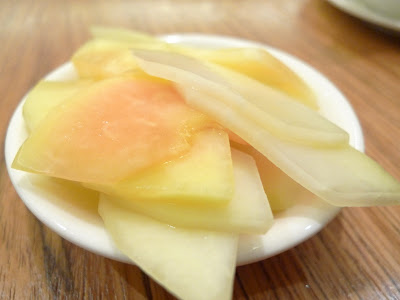 Slices of Pickled Papaya started the meal on a good note. Delightfully firm with a nice crunch, these didn't taste too preserved and their sweet-tangy-salty flavours certainly whet the appetite.

We tried three items off their Dim Sum menu (available till 5pm): 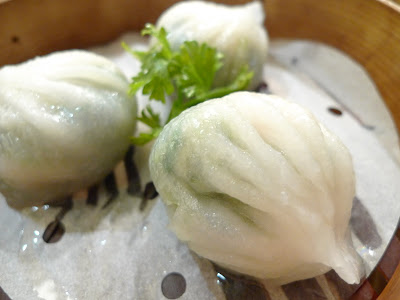 Steamed Spinach Dumpling with Prawn & Dried Scallop ($4.50) had light flavours with a slightly chewy skin. Those used to stronger flavours would be tempted to dunk this dumpling into soy sauce and cut red chilli! 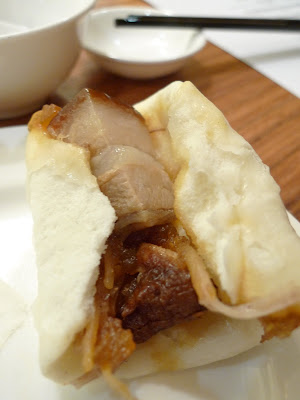 The Braised Pork Belly Bun Chaozhou Style ($3.60 for 3) was decent and I like the thick chunk of pork belly that was tender without being too fatty. Unlike many thin slices of pork belly served in this dish elsewhere, the thicker cut here yielded a better bite and contrast to the soft steamed bun. 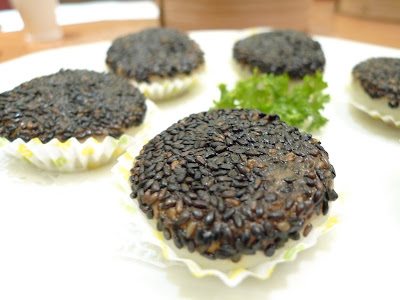 As a snack, the Pan Fried Black Sesame Cake ($3.90) was delish! Fragrant with the aroma of black sesame and just nicely sweetened.

Moving along to the other dishes on the menu... 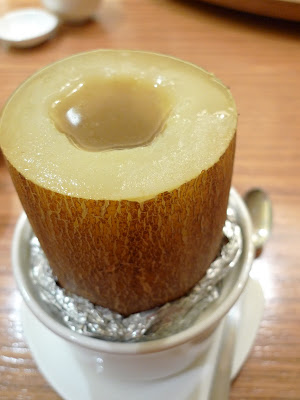 I highly recommend the Double Boiled Old Yellow Melon Soup ($8). This is meant to be an individual portion and is so good I doubt people would share! It was infused with the natural goodness of the melon and the medley of seafood found at the bottom lent their sweetness. Very clear and clean-tasting. 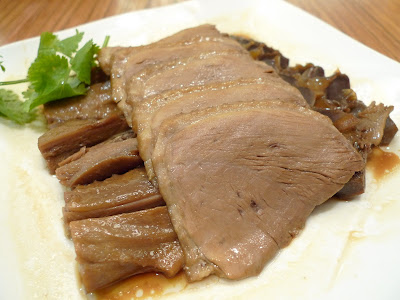 The Braised Platter Chaozhou Style ($10) featured duck wings, breast and giblet. While I didn't take to the duck breast's cottony texture, I totally heart the duck wings. Duck wing duck They were tender and flavourful to nibble on. 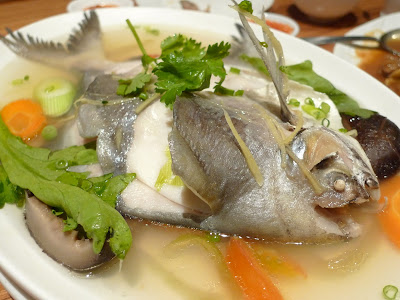 Another dish worth ordering- Steamed Pomfret Chaozhou Style ($22). The fish was about 600g and would cost much more at many other places. Very good value for money! Steamed simply, the natural flavours of the pomfret can be appreciated. 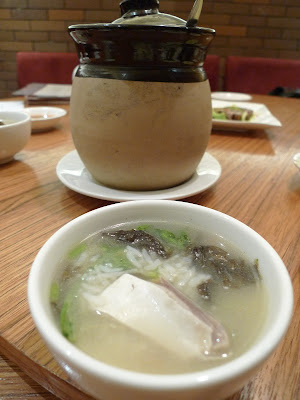 You can also enjoy the pomfret in porridge with Pomfret Porridge Chaozhou Style ($12). 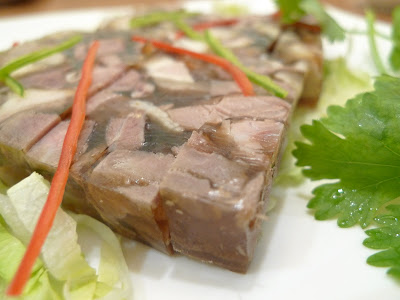 For those who have not had jellied pork, this is a dish one should try even if it's just once. Not many places serve this dish and I fear it may be lost down the generations. Young people, dare your friends to try this! The Jellied Pork here is pretty good with its slightly chilled and jelly sensation. Savoury-tasting and even better with the sharp chilli dip. 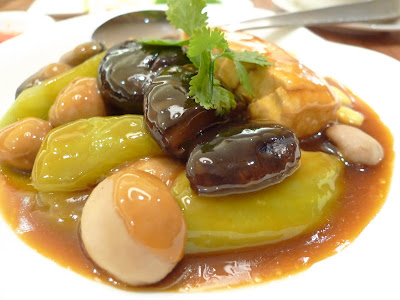 The veg dish that day was Chao Yang Four Treasure Vegetables ($9). With the sauce coating each morsel, it was all a very smooth affair. But I think I much prefer a more robust flavour. 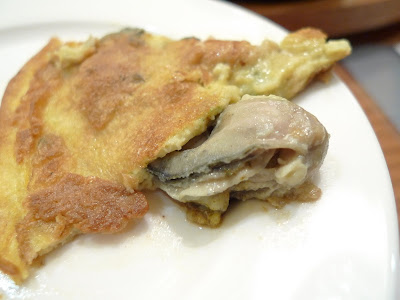 And finally we came to desserts. 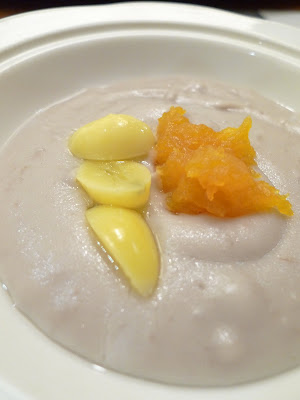 The Yam Paste with Gingko Nut and Pumpkin ($4.90) is a classic Teochew favourite. Here, this does not contain lard. And with that, many would probably give the next few sentences a pass and scroll down. But but but, this was surprisingly better than expected. The sweet flavour of yam was unmistakable and while lard would have made this really potent, I was happy with its clean, healthy yet tasty appeal. 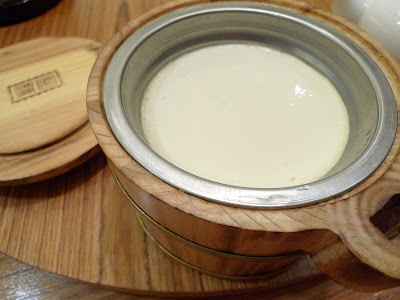 The other dessert, Homemade Soy Beancurd ($4.50 for 2 pax; $7 for 4 pax) aka Tau Hway, was equally appealing with its smooth texture and warm fragrance of soy beans. 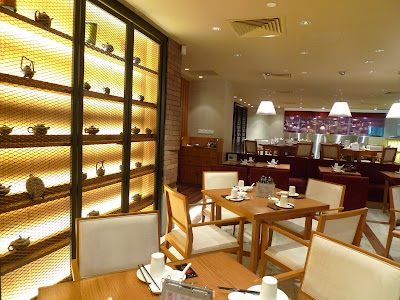 All in all, I found the food here more than decent with some dishes to be very good. There seems to be a vein of clarity which allows the natural flavours of the food to shine. Oh and don't be fooled by the classy appearance, prices are really reasonable.

Thanks to Sharon of Fish & Co for hosting me. Yes, Chaozhou Inn is under the Fish & Co group of restaurants. 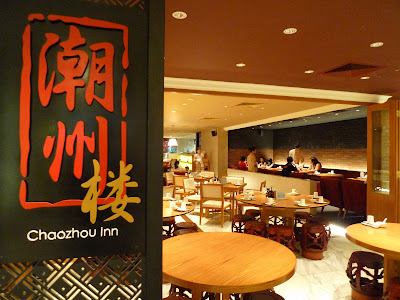 Chew On This: I made a separate visit with my family and will update this post in a bit. But for now I gotta go!
Posted by The Hungry Cow at 4:19 pm