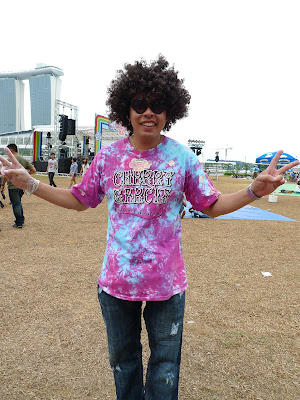 Nope, that's not me. Though hippie guys seem like a permanent feature at Chunk Fest. Check out Chunk Fest 2008! 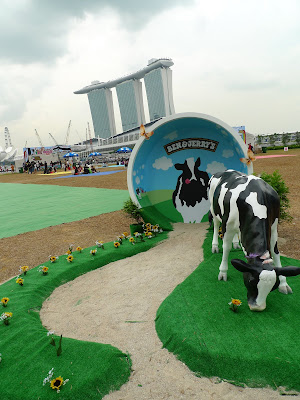 Anyway, we all know in Ben & Jerry's land, cows lead a lucky life. Green grass to chew on....and a nearby IR for entertainment! Moohehe. 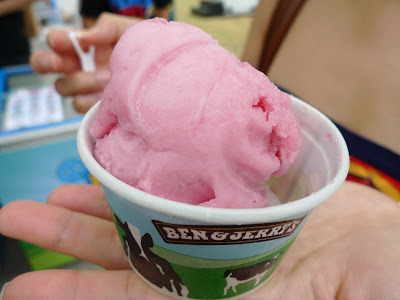 Nonono, it's really about the ice cream. In fact exclusively for Chunk Fest this year, Ben & Jerry's showcased 12 new flavours. Above is the Pomegranate Sorbet. 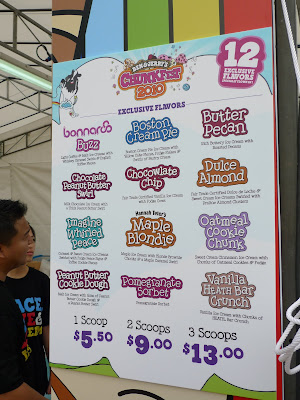 And it seemed like there's lots of sweetness (caramel, toffee, duche de leche, maple) in this year's lineup. Good cheer for those with sweet tooth. Thankfully there's also peanut butter in one flavour to give a salty counterpoint. 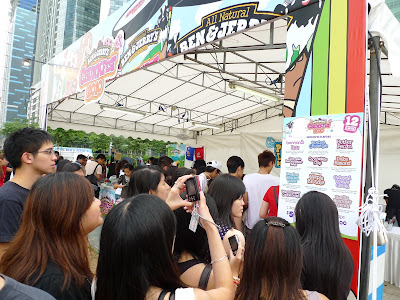 So what to do with the sugar high after all that ice cream? 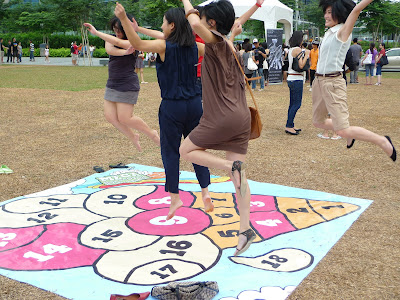 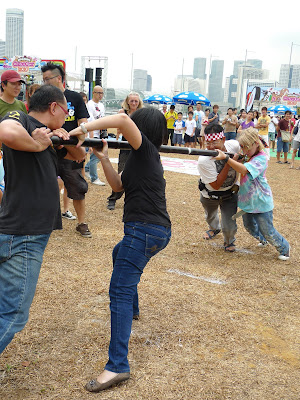 Or expand all that energy in a tug-of-war opposite where one has to push instead of pull to win. 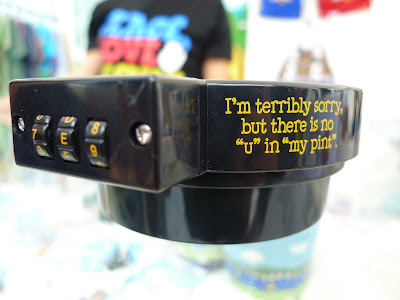 Or how about a little shopping? There were quite an array of Ben & Jerry's merchandise available. This pint lock caught my eye. Now you can keep pesky hands off your pint! Moohahaha.

As always, Chunk Fest is about a great day out filled with ice cream, games, fun and moosic. This location at the Promontory @ Marina Bay with the small expanse of open land, bay waters, MBS background and nearby Fullerton, was perfect! 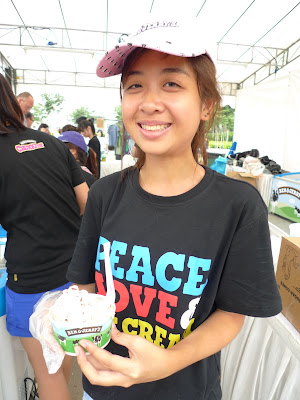 I now leave you with a parting shot of a Ben & Jerry's scoop girl- another of their well-loved brand icon. :)

Thanks to Joycelyn Leong of Bang PR and Ben & Jerry's for inviting and hosting this hungry cow. As always, it's been a pleasure to return to Chunk Fest. 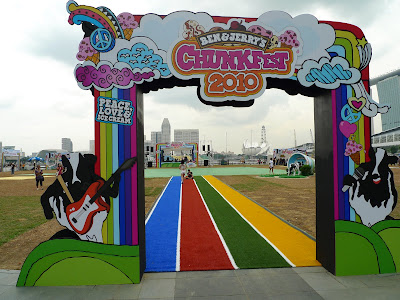 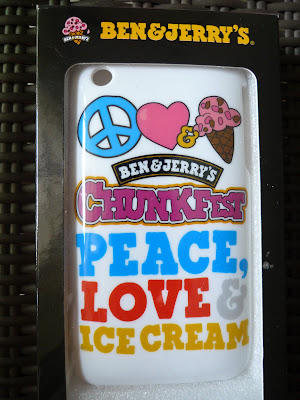 The kind folks of Ben & Jerry's included their limited edition and not-for-sale iPhone cover in the goodie bag. As I don't own an iPhone...yet, I'm happy to give this to someone who can better make use of it. Note that this cover only fits iPhone 3.

Drop a comment here naming one of the 12 flavours featured at this year's Chunk Fest and leave your email address for a chance to win! This draw will close at next Friday midnight and a winner will be picked via an online random generator.

Update: Looks like number 13 is not so unlucky after all! Congrats and you'll be receiving the iPhone cover soon. :)
Posted by The Hungry Cow at 1:42 pm

Thanks for writing something like this. Something else that's related to Ben and Jerry's is this video I saw on YouTube that can be found on the GreenopolisTV website. Check it out. http://www.youtube.com/watch?v=a0RLiPA-8_I.

All: Thank you all for joining this draw. The next prize winner might just be you!