I was away in KL during the weekend for T. Harv Eker's Millionaire Mind Intensive. Yes the word intensive made it a 3-day seminar that lasted almost 9am-11pm daily.

It was a packed schedule with hardly any time for shopping or sightseeing and so here are the snapshots (without prices and addresses) of some meals I had during the 1 hour and 15 mins meal breaks. 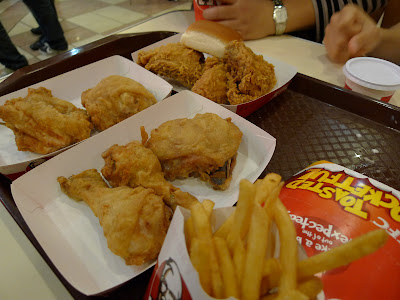 KFC- Tastes different from Singapore's. The chicken meat has more flavour and while the skin of the Original Recipe chicken was a little soft, the Hot & Crispy chicken skin packed more punch with crispness and spiciness. The coleslaw here was crunchier and had a stronger taste of raw cabbage. Fries still CMI. Heehee. 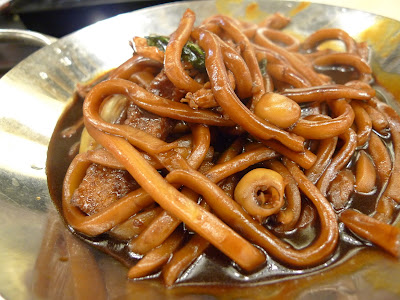 Had this disappointing KL Fried Hokkien Mee at a food court. It was manned by 3 Indian guys and had a small but long (in the waiting time sense) queue. I waited 15-20 mins. Anyway, the noodle was thick and chewy but the sauce was so salty, I had to send it back. The replacement was less salty but had an overbearing chicken powder/MSG tone that I found unbearable. Two slurps later, I abandoned ship bowl. 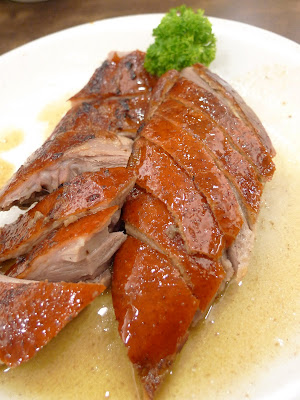 At dinner at Crystal Jade proved to ooze comfort. Maybe it was my first meal with rice in a while. The Roasted Duck was tasty and seasoned with five spice, its skin just a little crisp. 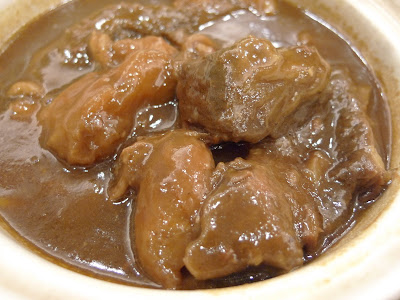 The Stewed Beef Brisket and Radish in Claypot featured soft, tender beef brisket in a mushy sauce that was perfect with rice. 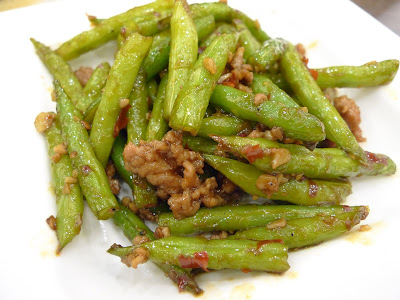 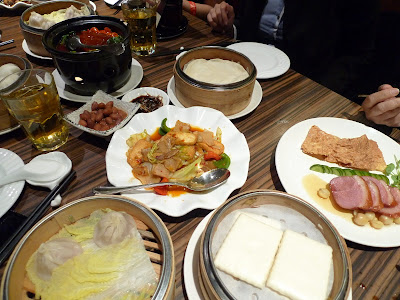 Ah but I should also touch a little on the seminar. It was better than I had expected. Exercises and reflections made me realise my own money habits and perceptions. The idea of having multiple streams of passive income that can support my lifestyle and hence financial freedom (different definition from being rich) does sound like a good plan. Of course, it takes time, effort and planning and for a start, I'll try out the 6 Jars Money Management System. :)

The Millionaire Mind Intensive is coming to Singapore Expo towards the end of this year! I would recommend everyone and anyone to attend it.

Chew On This: Here's a pic for my lab mates! Haha. 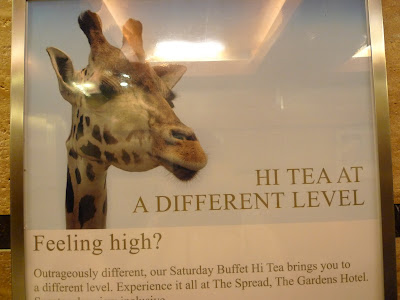 Make sure the Hokkien mee is fried by Chinese, otherwise there is no lard used for the fragrant smell.