Festivals are important in any society and deeply reflect the culture of its people. Here in food-crazy Singapore we have our very own Singapore Food Festival (SFF). Unlike other food festivals that require tonnes of tomatoes to be sloshed around or people chasing a wheel of cheese down a treacherous slope or the catapulting of pumpkins, ours is simple. Chiong and eat! Of course it'll also be good to learn a thing or two about our own heritage.

This year, the SFF aims to promote the food of the main Chinese dialect groups here. Indeed. Hokkien food is not just Hokkien Mee and Hainanese food is beyond chicken rice. 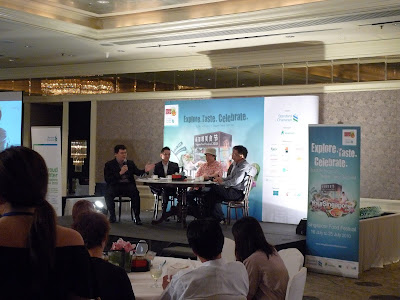 The media preview held at Mandarin Oriental Hotel provided an insight and taste into this year's festival theme. 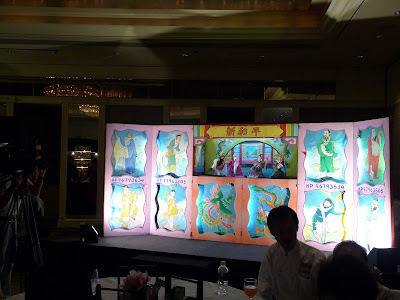 A traditional puppet show added a Chinese cultural feel. It is sad but I think that from my generation onwards, this art heritage might just be lost. 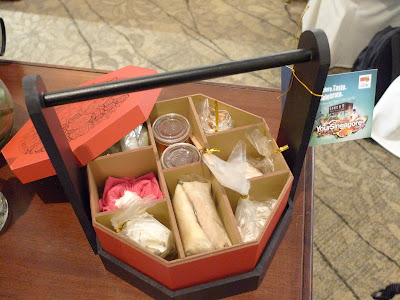 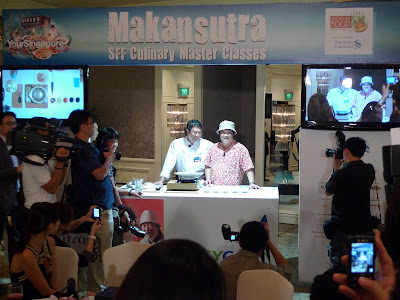 A part of the food festival is the Makansutra SFF Culinary Master Classes. At this preview, Makansutra's KF Seetoh and Mandarin Oriental's Executive Chef, Eric Teo, demonstrated the recipe for sesame chicken. I love this comforting dish as it has my favourite kitchen scent- frying ginger in sesame oil. Put any si lang (dead person) meat in this and it'll be delicious! I meant it figuratively, of course. ;) 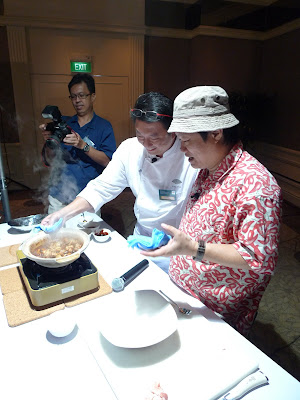 You can probably tell that these two were totally comfortable with each other and having lots (understatement) of fun and banter! Haha. Certainly adds an air of "boisterousity" (kids, there's no such word but the meaing is there).

After the cooking demo, we were treated to a sampling of food from the many different Chinese dialect groups! It was a case of too many food, too little time to shoot (because the stomach rules the brain) and so here's a few shots of some of the food. 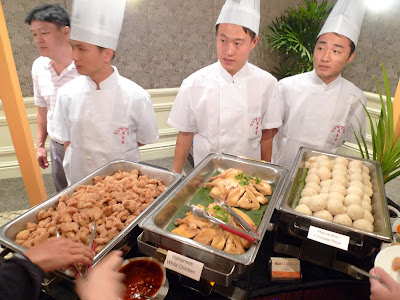 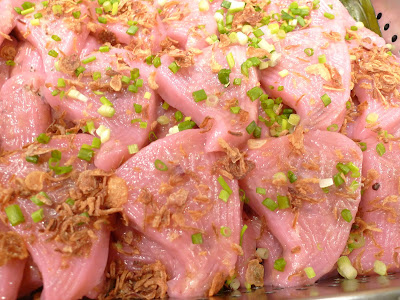 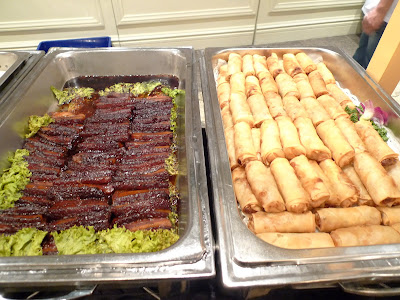 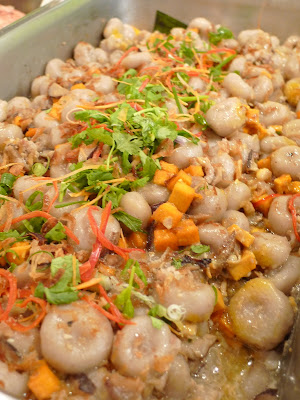 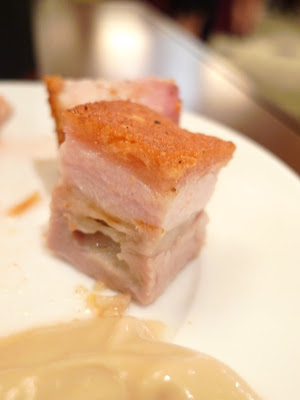 Roasted Pork Belly. This I have to exalt. CRISPY skin, JUICY and FLAVOURFUL meat! Cherry Garden did an excellent job on this pig. Camemberu, Ladyironchef and I were making not-so-discreet repeated rounds just for this. LOL.

Do check out the slew of events happening at the SFF! It is only through supporting, learning and appreciating our own culture can we preserve a piece of heritage for future generations.

Thanks to Marcus Wong of Word of Mouth Communications for the invitaton. 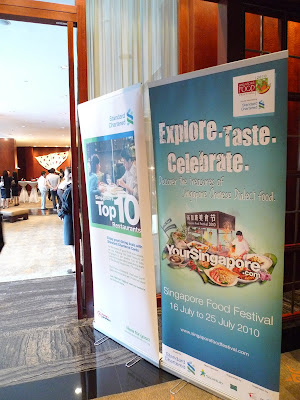 Chew On This: Taste these food and more at the Clarke Quay Food Street which features more than 30 food stalls!
Posted by The Hungry Cow at 12:27 pm