The Republic of Steak

I have been busy with quite a bit of lab work in these recent months and it is dinners with close friends that I fondly look forward to. Such moments of bliss are a gastronomic respite from stress. Indeed, food does more than just filling the stomach.

Another impromptu dinner with some League members (including apparently non-beef-eaters) brought us to Republic of Steak.

While the name might suggest politics, I suggest going there to check out their steaks. 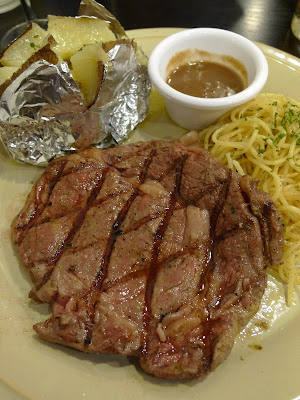 On offer was the Waygu Steak ($29.90 promo price). Though on the thin side at 200g, it was sweet and juicy with the evident streaks of fats. Nothing really fancy but really decent for its price. 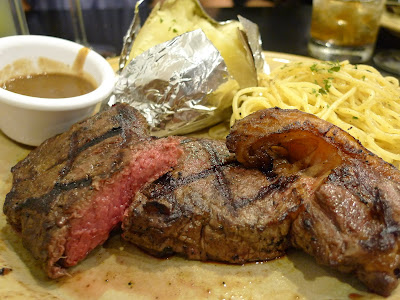 Personally, I much prefer the down-er-to-earth Cowboy Sirloin ($15.90). The thicker cut had a better bite. While being lean means it requires a bit more chewing, I like the beefier taste that it offered.

A choice of two side dishes accompanied each main course (very much like the Aston's chain of steak restaurants). The garlic spaghetti was infused with a potent garlic flavour while the baked potato was baked potato. 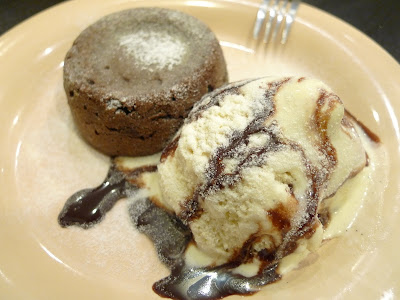 The Molten Chocolate Lava Cake ($4.90) was probably the best-valued one that I have ever had! Despite the price, it tasted heavenly of good dark chocolate and rum. Pity about the very average vanilla ice cream. 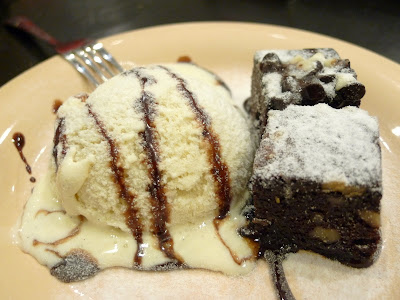 The Brownie with Ice Cream ($4.90) was a tad dry and while palatable, it paled against the lava cake. 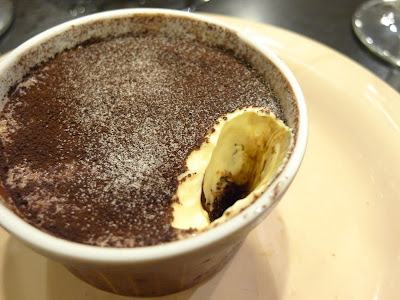 The Tiramisu ($4.90) was luscious, creamy and with flavours of coffee and liqueur. Very good for its price too.

Overall, the food was generally good and service, though slow (I think they are short-handed), was earnest and personal. For a place that is barely a few weeks old, it is commendable. 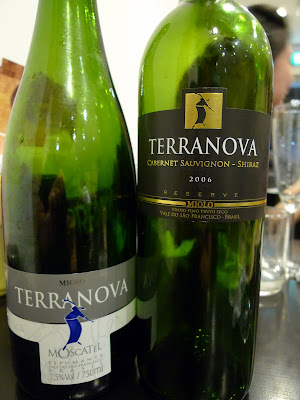 Vino that night was Terranova Muscatel ($32 from thehungrycow!) and Terranova Cabernet Sauvignon-Shiraz 2005 ($35 from thehungrycow!). The Muscatel was interesting with a bouquet of green, unripe papayas and ice cream soda. The Cab-Shiraz was full-bodied with marked tannins that would go nicely with robust meats and stews. 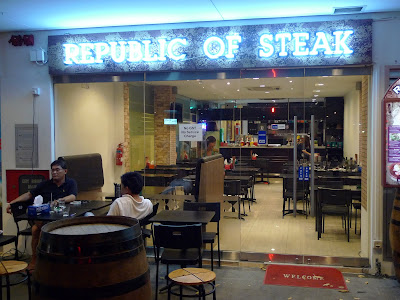 Chew On This: Republic of Steak is helmed by a few of Aston's ex-employees. Imitation is the best form of flattery, no?
Posted by The Hungry Cow at 12:11 am

thanks for reviewing the resto, been wanting to try it,

did they charge u corkage bro ?

i will go only if they allow BYO for free !

gourmandtales: No problemo! Go give it a shot.

Derrick: Corkage at $15/bottle. You could try negotiating. Hee.

I heard from one of the bosses that they actually have an in-house pastry chef so I guess that's why their desserts are pretty good.