Muthu's Curry is one of the stalwarts in the Indian restaurant scene here in Singapore. When it comes to Fish Head Curry and Race Course Road, there are only that few establishments that have endured the test of time.

But with the changing times, Muthu's Curry has launched a new, casual chic concept featuring authentic North and South Indian flavours. I was curious at what this actually meant and hence was happy to accept their invitation to a lunch tasting.

When asked if I would like a drink, I usually stick to wine iced water. This is one of the best thirst-quenchers and is healthy too. But media tastings are a platform to showcase the venue's offerings. Thus, I asked for their signature drink. 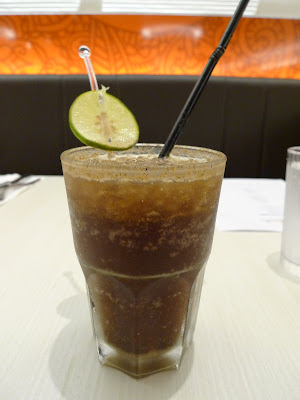 It turned out to be Masala Coke ($3.90). I had my reservations at first. It did sound funky alright. Thankfully, the spices were an interesting play on the common coke. And the salty ending appealed to my savoury tooth. 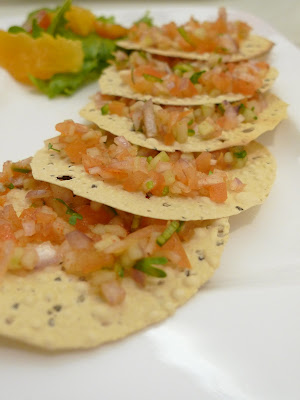 Pappadum Bruschetta ($5.50) sounds Italian, no? Think of it as bruschetta toppings of chopped tomatoes, onions, green chillies and coriander atop small circular pappadum discs. Champagne would go great with this! 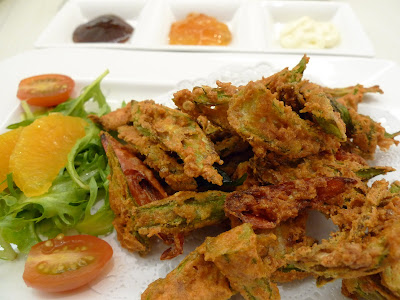 Another good starter to share is Morumoru Vendaikai ($7.90). Slices of okra were coated in a spicy batter (chilli powder & cumin) and deep-fried. Try it with the dips made available- mayo, mango chutney and tamarind sauce. Very good bar snack with beers. 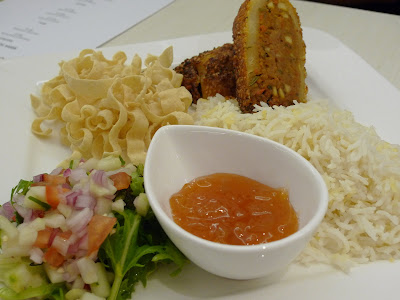 Vegetarians can consider ordering the Aaloo Nazakat ($11.90) as a main. This potato stuffed with pine nuts, paneer, carrots and beans was very dense and with rice accompanying it, this was very heavy. But carbs freak like me would feel at peace. :) Check out the curly pappadum 'twisties'! There wasn't a trace of oil and the cute shapes made eating it fun. 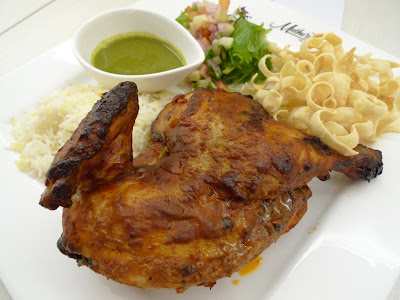 The Tandoori Chicken ($16.90) was very tender and well-marinated with spices and, I believe, yoghurt. Slab on some of the mint yoghurt sauce for an added dimension of flavour. 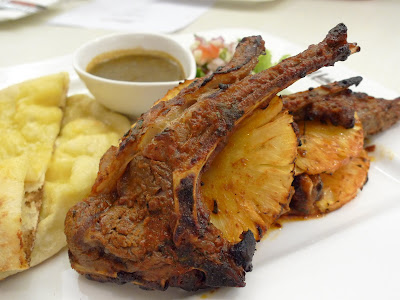 But the Lamb Rack Ananas ($22.90) stole the limelight with its smokey deliciousness. The bits of fat with slightly charred edges provided much flavour and rendered the lamb tender. Slices of roasted pineapples added a touch of refreshing sweetness against the oil, smoke and spice. This dish was made complete with daal, salad and a chewy naan. 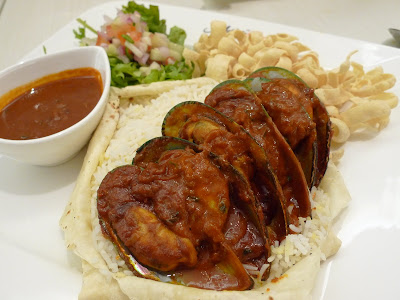 When it came to Masala Mussels ($16.90), I thought the masala gravy, when eaten with the mussels, was a tad too bitter. But the bitterness grew on me after a while. It was akin to the nice "kam kam" bitterness that one gets from bittergourd. Check out the carbs combination again- fluffy rice wrapped in Romali roti.

Then came time for desserts. I braced myself as I was generally not a fan of Indian desserts due to their tendencies to be very, VERY BIG on S U G A R.

But this fear was unfound. 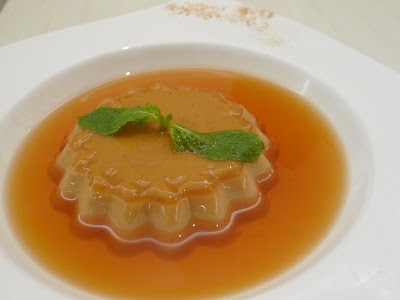 The Masala Chai Flan ($6.90) was like a sticky pudding with flavours of milk, caramel and spices. Sweet it was but not till the point of (my) death. 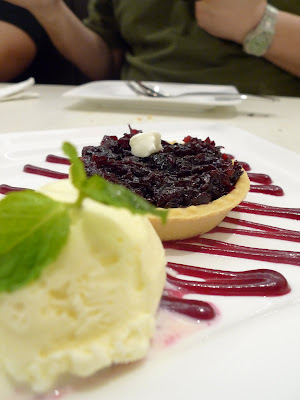 Beetroot Halwa with Ice Cream ($7.90) was pretty but probably an acquired taste.... which I didn't acquire. The beetroot halwa was earthy and just sweetened enough. The pastry cup, unfortuntately, lacked punch. Maybe beetroot-lovers should give a shout-out on their take of this dish! 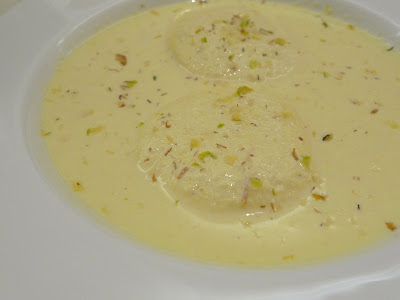 A rather unique dessert to me was the Ras Malai ($6.20). Essentially milk dumplings in a saffron sauce with chopped pistachio bits, the Ras Malai had a spongey, curd-like texture. 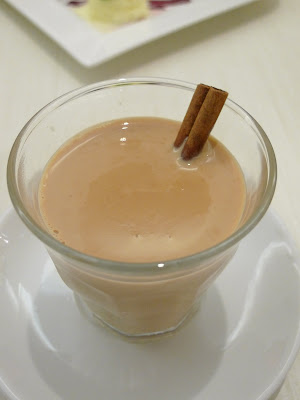 To sum up, I get what they meant by their new concept now. While still serving Indian food at heart, the 'package' is given a refreshing twist. The presentation is very modern and there is an emphasis on individual sets. The ideas/inspirations and use of certain ingredients (like rocket leaves!) give the dishes that spark of creativity. Make no mistake. This isn't fusion. It's the Muthu's Flavors.

Thanks to Noelle of Sixth Sense Communications & PR Consultancy, and the folks from Aisvaryam's Fine Foods for the invitation. 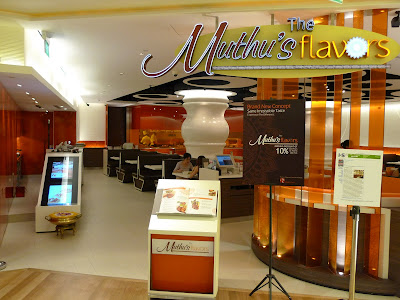 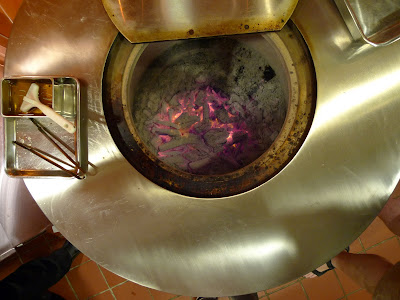 A tandoor (oven) with charcoal is used here. At 200 degrees Celsius, it would take only about 20 minutes to cook the tandoori chicken!
Posted by The Hungry Cow at 10:31 pm

Hmmm, I did not know Muthu's has gone so "modern" - I like that the dishes don't look so heavy.

And that's my super sexy legs by the Tandoori oven.

Looks like there is some element of fusion in this. They are tempting indeed.

Camemberu: You're right. The dishes are made to reflect a lighter, modern side to Indian favourites.

ivan: Yes, credits to your leg but I find the chicken leg from the tandoor more sexy! :p

tigerfish: Yup, the ideas and conceptualisation of some dishes are un-Indian but the overall dish is still kept rather Indian. Go try!