In the Year of the Tiger, it's no surprise that one beer has roared loudly- Tiger.

To coincide with the Chinese New Year, Tiger beer has come up with recipes that incorporates Tiger beer. I had the pleasure of tasting some of these recipes at an event held at Palate Sensations. Besides, it was lunch time and my current work place was just down the (Portsdown) road. How convenient. Haha. 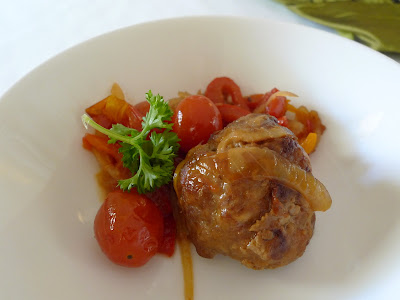 First up was the Tiger Meatballs Stuffed with Winter Bamboo Shoots and Tiger Beer Sauce. Well it wasn't really tiger meatballs but ground pork and beef. Thank God! The flavours of pork and beef and tomatoes and onions made me crave for some pasta in this dish. I would have preferred chestnuts instead of bamboo shoots though as the latter tends to have a stronger, sometimes briny taste. 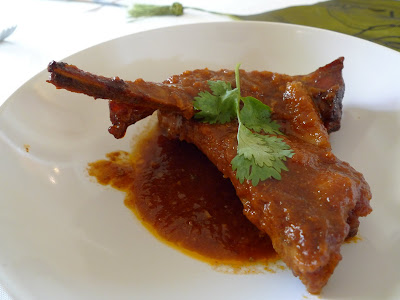 BBQ Tiger Beer Braised Baby Back Ribs featured tender pork ribs in a tangy tomato-based sauce made with Tiger beer and spiked with Worcestershire sauce. This one made me crave for a bowl of steaming hot rice! 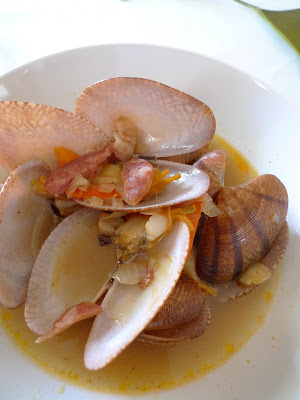 Clams Cooked in Tiger Beer was an interesting fusion-ish dish. I really liked the broth that had a heady beer flavour and was infused with the oils of the bacon and lup cheong, and spiked with chilli. Time to get some fresh, sweet clams! Better still if they are flower clams. :) 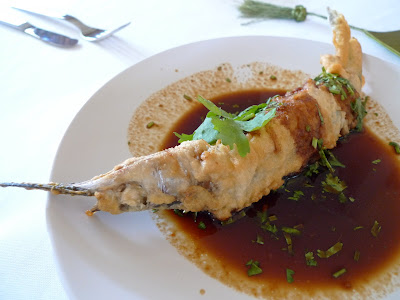 For the fish dish, Stuffed Fish with Prawn Mousseline in Tiger Beer Batter and Spicy Sour Sauce, Gar was used. Looking like a mini swordfish, Gar had a white, almost seabass-like flesh with a delicate taste. The problem was that it had too many bones and even with the chef having removed the main bone frame, I had to eat very carefully. The sauce made of lemon juice, soy sauce, garlic sauce, sugar and coriander was a little piquant but maybe it just wasn't my kind of sauce. The prawn mousseline could have been seasoned more too.

Perhaps, I would suggest using a different fish and even making fish and chips with the beer batter recipe! 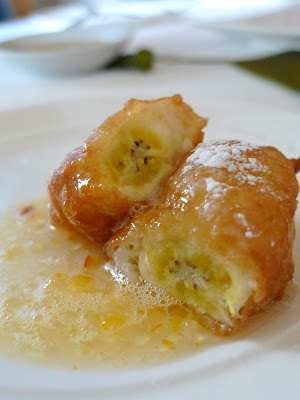 Tiger beer was even incorporated into dessert! Banana Fritters with Tiger Beer Batter and Mandarin Beer Jam Jelly. The idea was good. Think goreng pisang drizzled with a jam jelly packed with citrus notes. The taste of beer takes a backseat here. I bet this Mandarin Beer Jam Jelly would go well with scones and pancakes! 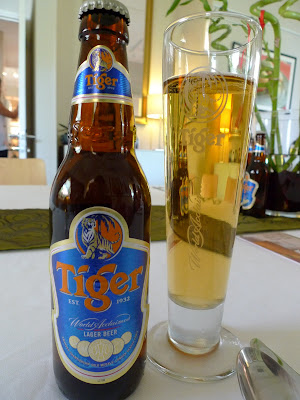 Tiger beer's tagline for the season is "In the Year of the Tiger, may your glass always be full." I like the optimism. Time for a top-up!

Thanks Asia Pacific Breweries Singapore and Denise of Bates 141 for the invitation.

No tigers were harmed in the blogging of this post. 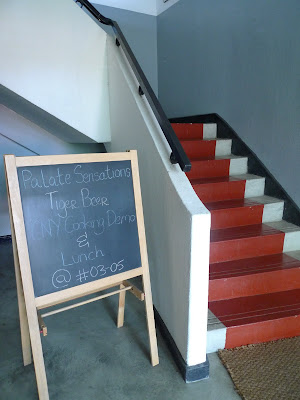 Chew On This: For some of the above recipes, check out or you could always drop me an email for recipes that aren't available on their website.
Posted by The Hungry Cow at 11:42 pm