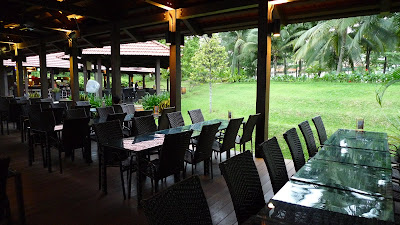 After last week's 938LIVE lunch recommendation at a hospital, this week's is at a prison. Ok, maybe more accurately, at the outskirts of Changi Prison.

This cow stays near-by but has never tried this place until now when Dad suggested it. 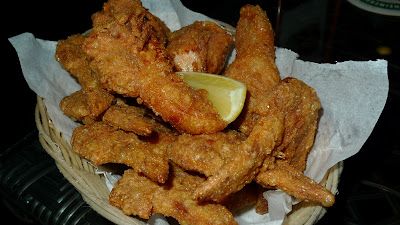 Bark's Specialty Chicken Wings ($10.90 for 6) were a good thing to start off with. They weren't very tasty on their own but some chili sauce and mustard did the trick. What was worth noting was that they were well-fried- hot! not too oily! crispy battered skin! 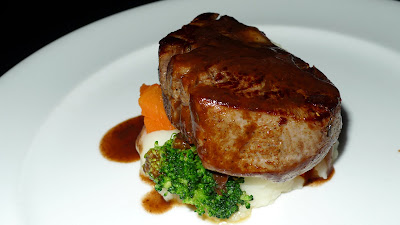 Dad picked the Char-Grilled Tenderloin Steak ($22.90). I think calling it 'char-grilled' is a misnomer. Anyway, the steak was a bit chewy and it turned out to be a good thing as it became more flavourful with each chew. 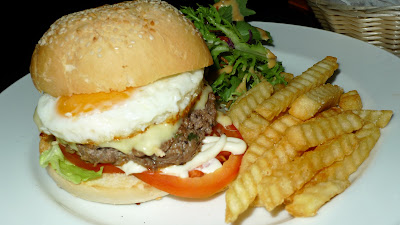 My Cheesy Hamburger ($13.90) had a moist beef patty with a mild beefy taste. I like the bits of black pepper in it. The fried egg's runny yolk also added a rich, thick layer of pleasure to each bite. While not outstanding, it was good.

The Bark Cafe has a very relaxing feel to it. Maybe it's the lush greenery and grassy slopes. Or the fact that it's at a fairly off-beat location. Or being neighbour with the Changi Museum brings a sense of history.

Whatever it is, I like the feel of this place. 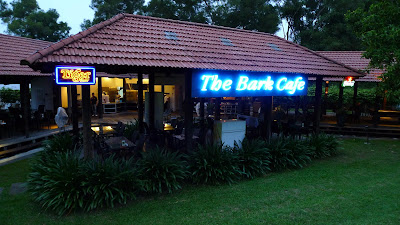 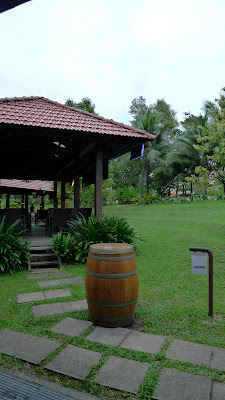 There's an ash tray on a barrel outside the dining area. I think it's the smoking point. But don't smoke la. The air and surroundings are nice!
Posted by The Hungry Cow at 11:08 pm

when i was walking past 938live broadcast room last week or last last week, i heard ur name! haha...

Jaime-La-Nourriture: Hopefully it was good things mentioned. Haha. You working there?

Yea, ulu until I stay near-by also never visit until now. But ulu places do have a certain sort of charm. :)