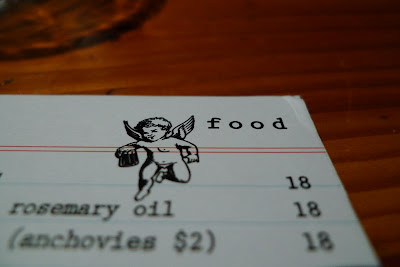 While at Fremantle, the popular Cicerello's beckons with its famed fish and chips. But the lure of Little Creatures was just too strong. Like little creatures, we inched slowly but surely towards the dark side. 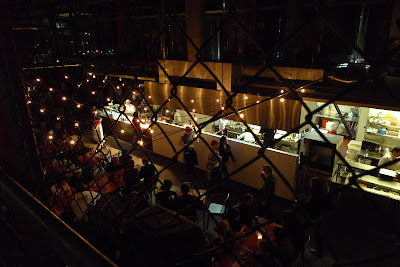 The place was packed with plenty of people. It was dark with loud music and there was a certain energetic, rebellious vibe. One very cool concept. I like.

After a 20-minute wait, our queue buzzer flashed and vibrated, indicating it was our turn to report to the counter to be assigned a table....which was on the upper floor as seen from the photo above. 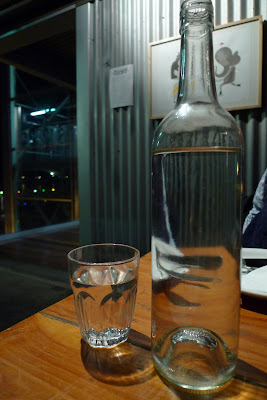 A chirpy and I really mean chirpy waitress came over with menus, a bottle of water and four glasses. The water was presumably from the tap. It had a salty-saline taste and felt soft. Keeping in mine this is a sea port city, I guess this was an expression of the area's terroir- the term wine-makers use to desribe the conditions (temperature, sunshine, soil etc) of the vineyards. Haha. 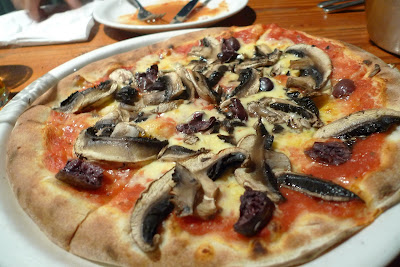 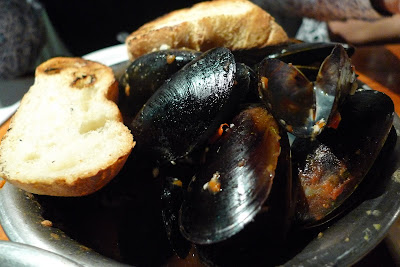 The Chilli Tomato Mussels (AUS$22) were also reduced to just empty shells. The smallish but sweet mussels in a slightly spicy and pretty salty broth was delicious. 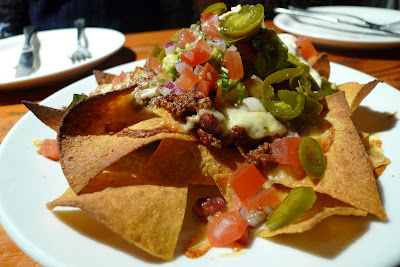 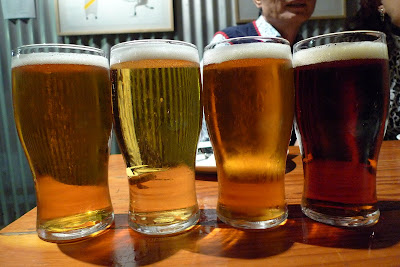 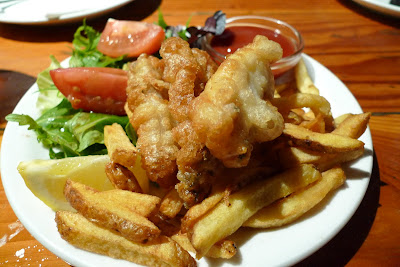 This was actually off the kiddies menu. The Fish & Chips (can't recall the price) was unfortunately forgetable.

What was unforgettable was the excellent service and great edgy ambience. Will I be back the next time I'm in Fremantle? You bet. But I definitely also want to check out Cicerello's! 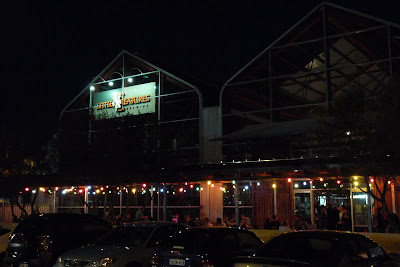 Chew On This: Bouncers apparently will ask for an ID and screen everyone upon entry but spare those heading in as a family! A brewery encouraging family values... Cool!
Posted by The Hungry Cow at 11:36 pm

Little Creatures Pale Ale is Southernoise's fave beer! So this is where it's all made?