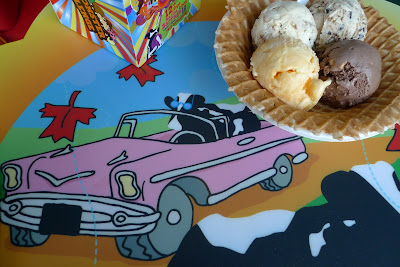 I can picture myself- with shades, driving in a pink cabriolet with a loadful of Ben & Jerry's ice cream. Life is sweeeet.

Hey, it may be a reality.

After the moo-vellicious fun last year, Ben & Jerry's Chunk Fest is back! Happening this Saturday from 2pm to 10pm at a new venue- Marina Barrage. Entrance is free and there'll be shuttle buses from Marina Bay MRT station from 1.30pm to 11pm. 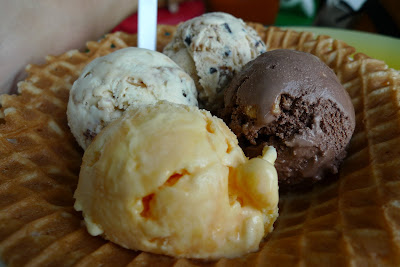 Anyway, I had the privilege to sample four of the 12 exclusive Chunk Fest flavours.

Clockwise from the orange scoop of ice cream:
- Orange & Cream: This was like a very sweet orange. Fresh, tangy, sweet and creamy.
- Triple Caramel Chunk: This is for the caramel junkies! Sticky and full of caramel-toffee flavour.
- Oatmeal Cookie Chunk: Primarily tasting of cinnamon, this ice cream had chewy oatmeal cookies and fudge chunks!
- Goodbye Yellow Brickle Road: My favourite pick among the four, this was created in honour of Sir Elton John and contained chocolate ice cream, white chocolate chunks, peanut butter cookie dough and brickle candy pieces. A great combination for a scoop of fun and yum!

Including the 12 exclusive flavours, there will be another 22 flavours from the usual line-up also available at Chunk Fest. So with a total of 34 flavours, everyone will be spoilt for choice! Ice cream at $4.50/scoop. 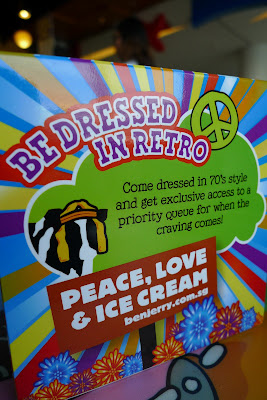 Be rewarded for dressing up in retro by getting into a priority queue!!

Thanks to Moe Moe, Geok Shan and Nissa of Bates141 and Benjamin of Ben & Jerry's for the invitation and hosting this cow.

Chew On This: After eating my ice cream, I realised the bowl that Ben & Jerry used was an environmentally friendly one made of corn! :D 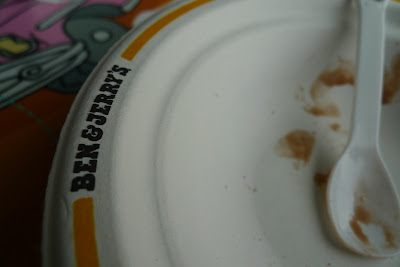 yiLIng: Unfortunately I missed it too due to sis' graduation. :(

bleah. When's the next one? Next year? I might not be in singapore then! =( is there one in aust too? =p

yiLIng: Response has been good for the past 2 yrs. Think Chunk Fest should continue for subsequent yrs to come! You working/studying in aus?

wahhhhh haha ok lor, i'll just try my luck next time haha! i'm planning to study in aust next year, but that's dependent on my application results. my first choice is WA, and the photos u put up have made me more keen on going there!!! *crosses fingers*