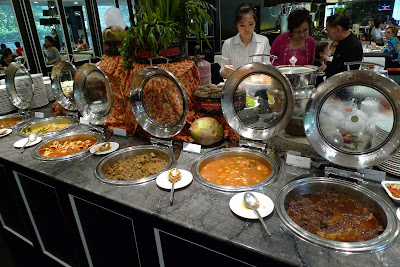 If you thought that Peranakan fever is over....think again. Or rather, just check out the Peranakan-themed lunch buffet at Spices Cafe. Staff uniforms, displays etc have all been Paranakanized. Pss...even a fellow food blogger who attended this tasting is Peranakan. And so is Evelyn, Concorde Hotel Singapore's Director of Marketing Communications, who sent out this tasting invitation. 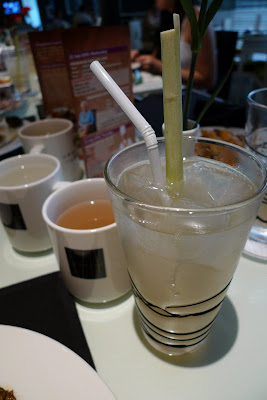 A refreshing ice-cold Lemongrass Drink was served to start lunch. A sure treat in this heat but unfortunately it was too syrupy for my preference. A hot version is also available. 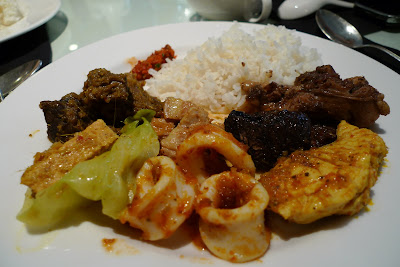 A good range of Peranakan food was available and my favourite was the Sambal Sotong. The thick rings of squid had a nice bite and were very fresh. The sambal was fragrant and perfect over steamed white rice. The other items like the Beef Rendang, Sayoh Lodeh, Sambal Ikan Tenggiri, Ayam Buah Keluak and Babi Assam were competently done and flavourful too. The only downside with food constantly being on a warmer is that some, like the mackerel, gets a tad overcooked. 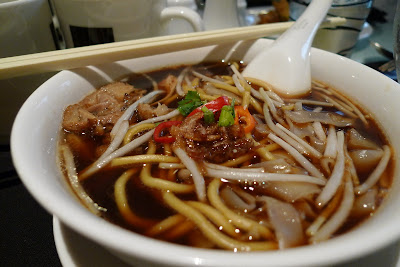 An unsual dish for me was the Duck Noodle Soup. It was quite unlike the typical dish found in hawker centres. The version here was delicious with the heady aromas and flavours of spices to marry the meaty, gamey sweetness of duck. 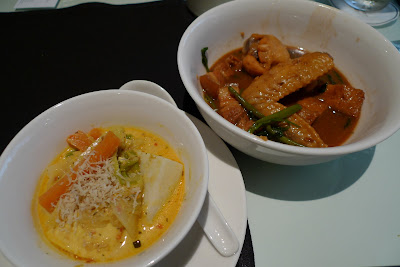 The dish on the left is Lotong while that on the right is Loh Kai Yik. The former had pressed rice cakes and soft vegetables stewed in a coconut milk gravy with dried shrimps. But I would have prefered a richer gravy. The latter was a dish that was new to me. Loh Kai Yik is essentially a chicken dish cooked in a gravy that is flavoured with fermented black beans and fermented beancurd cubes. I like this dish for its unique yet familiar flavours. Very savoury with plenty of depth. 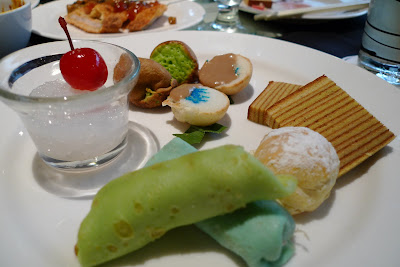 Desserts featured a colourful spread of kueh kueh and more. My favourites were the green and blue pancake balls aka Apong. Freshly made at the dessert counter, these were chewy and not too sweet. I think they make good afternoon tea snacks! 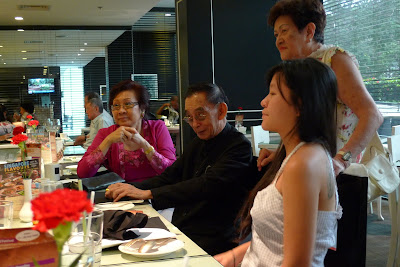 The Peranakan Buffet at Spices Cafe is helmed by Baba Jolly Wee- an accomplished Peranakan chef of more than 50 years! The spritely 82-year-old has many interesting stories of yesteryears and aims to bring back the taste and dishes (such as Loh Kai Yik) that have been forgotten. God bless you, Baba Jolly Wee.

This lunch buffet also has a local spread of sambal stingray, satay, chilli crab among others. Its certainly very decent for the price and more than sufficient for a good lunch!

Thanks to Evelyn Neo of Concorde Hotel Singapore for the invitation and for hosting this lembu lapar. 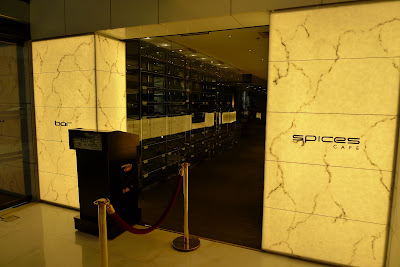 Chew On This: This Peranakan promotion was initially set to run for two months but has now been extended till December 2009! Bagus lah. By the way, dishes are rotated so be sure to call to enquire about the spread, if you insist. Else, just bring an open mind and an empty stomach.
Posted by The Hungry Cow at 12:13 am

Ooh, the duck noodle was indeed yummy! I'm so tempted to go back just for that. :)